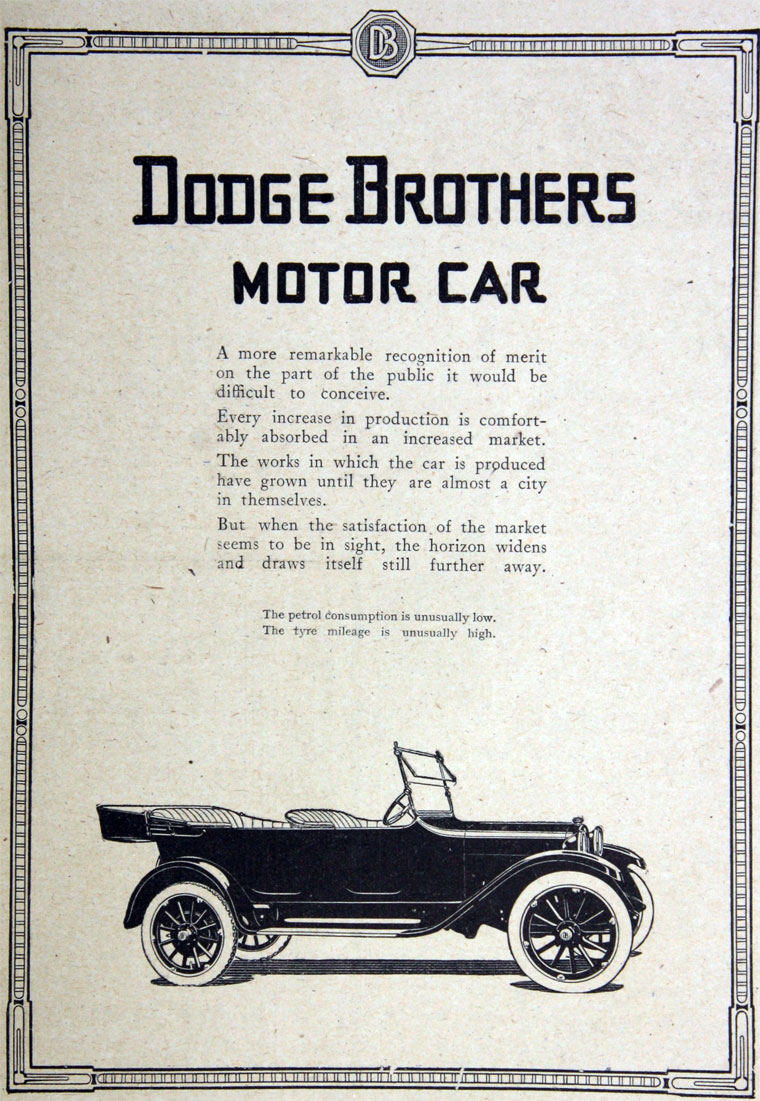 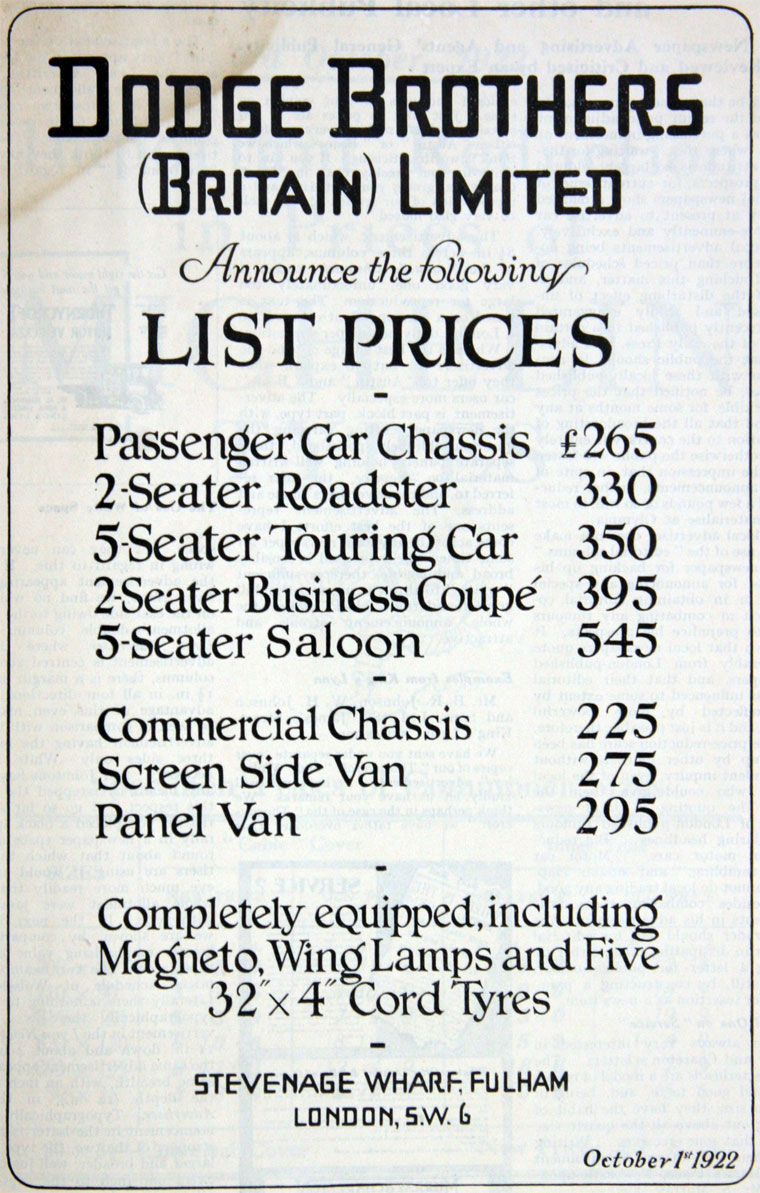 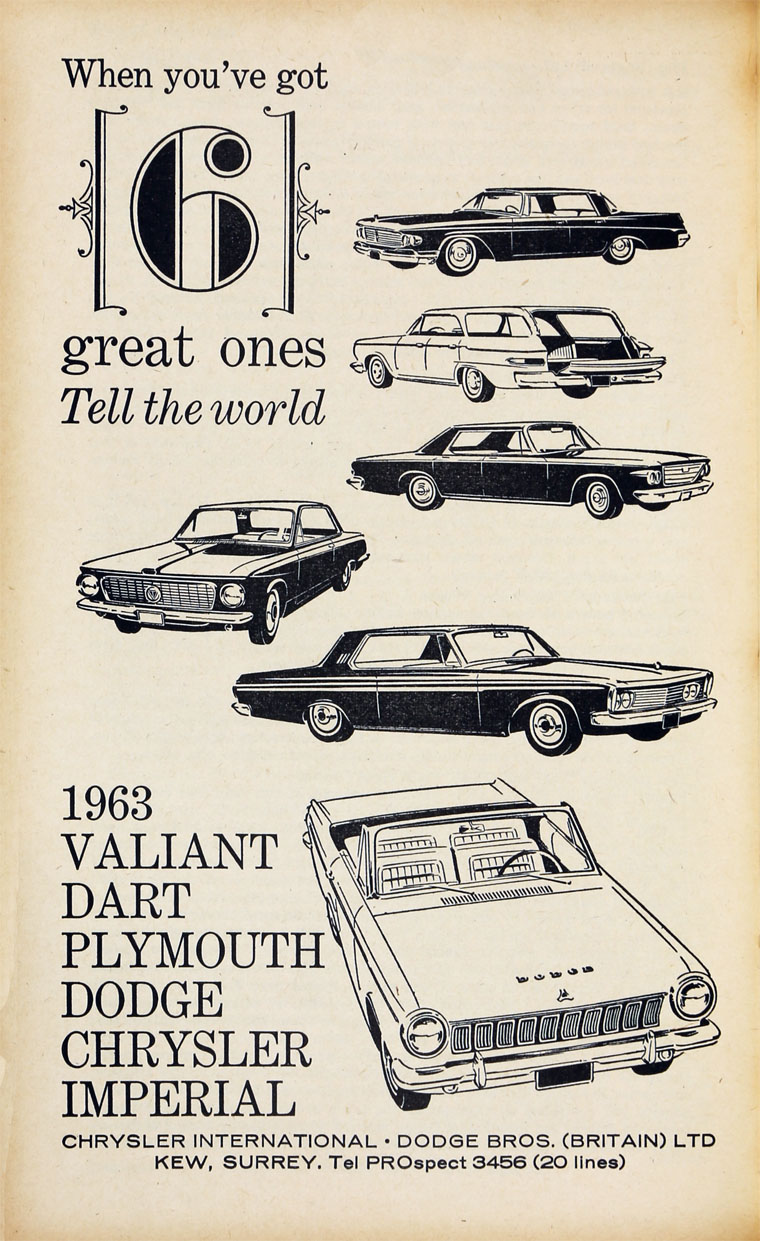 1922 Dodge Brothers formed a private company and started the import of parts from the USA. They purchased a small factory at Stevenage Road, Fulham. Previous to this they were imported by Charles Jarrott and Letts.

1924 Moved to larger premises at Park Royal. Produced a 15cwt van under the Graham badge.

1928 Dodge were purchased by Chrysler in the USA.

1933 Commenced UK manufacture of chassis at their works at Kew with associated company Chrysler but imported engines from the USA.

1938 The first truly British Dodge was built with a Perkins engine.

WW2 Factory produced components for aircraft including the Halifax bomber.

1946 Production re-commenced at Kew with a range from 2-ton to 6-ton and with a cab similar to the Leyland Motors Comet.

1967 The Kew plant closed and production switched to Dunstable.

1973 Chrysler gained control of Commer and there was much badge swapping with the Dodge badge appearing on Commer trucks in 1976.

1961 Manufacturers of commercial vehicles and distributors of private cars.

1973 Chrysler took an interest in the Rootes Group and took them over.

1976 Commer were renamed as Dodge. Dodge gained a selection of vans and trucks from Commer

1990 Renault had taken over Dodge.