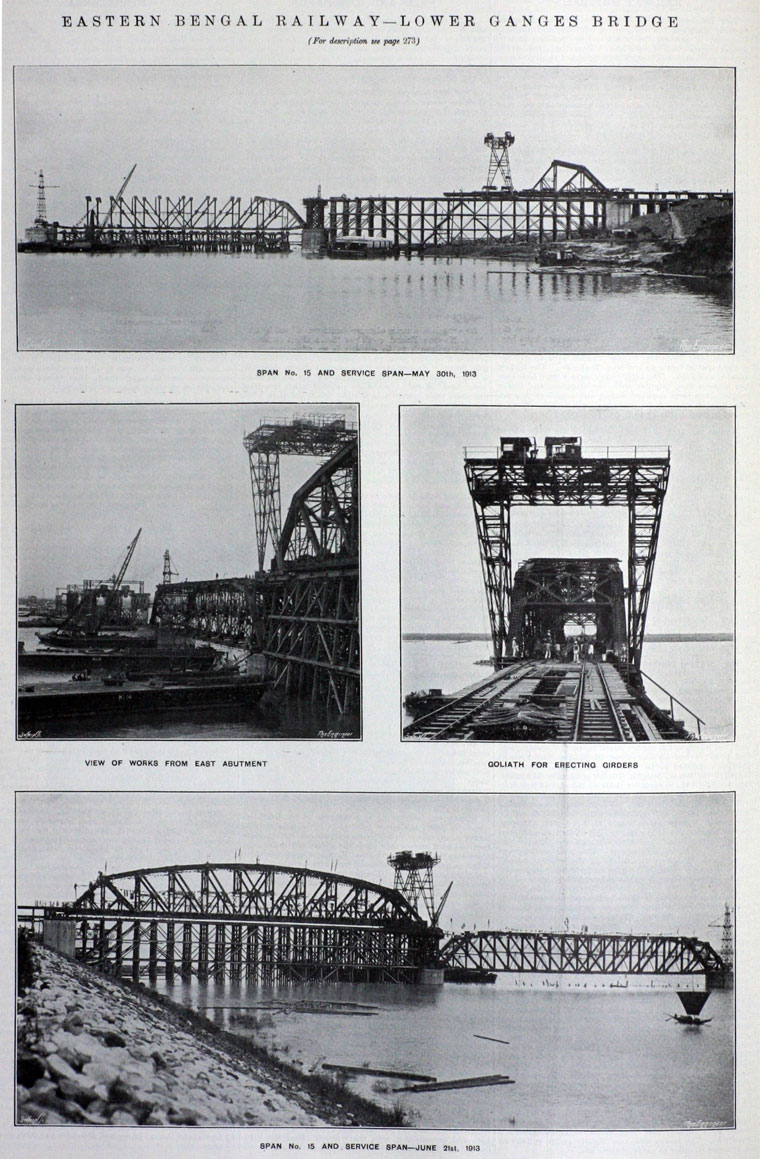 The Eastern Bengal Railway Company was established with the objective of introduction of railway transport in eastern Bengal and even to move into Burma.

1857 August. The company was incorporated by United Kingdom Act of Parliament. The operational area of Eastern Bengal Railway was to be the east bank of the Hooghly River, while the East Indian Railway operated on the west bank of the river

1865 The line was extended to Goalundo Ghat.

1887 The Calcutta and South Eastern Railway was merged into it.

1902 Extended north as far as Dhubri in Assam.

1932 The Calcutta Chord Railway constructed the line from Dum Dum to Dankuni over the Willingdon Bridge. The bridge was later renamed Vivekananda Setu.

1941 The Bengal Dooars Railway was merged into it.