Grace's Guide is the leading source of historical information on industry and manufacturing in Britain. This web publication contains 142,059 pages of information and 227,655 images on early companies, their products and the people who designed and built them.

1944-58. Communications receiver for the British Army type PCR designed by Pye and made by Philips Lamps. 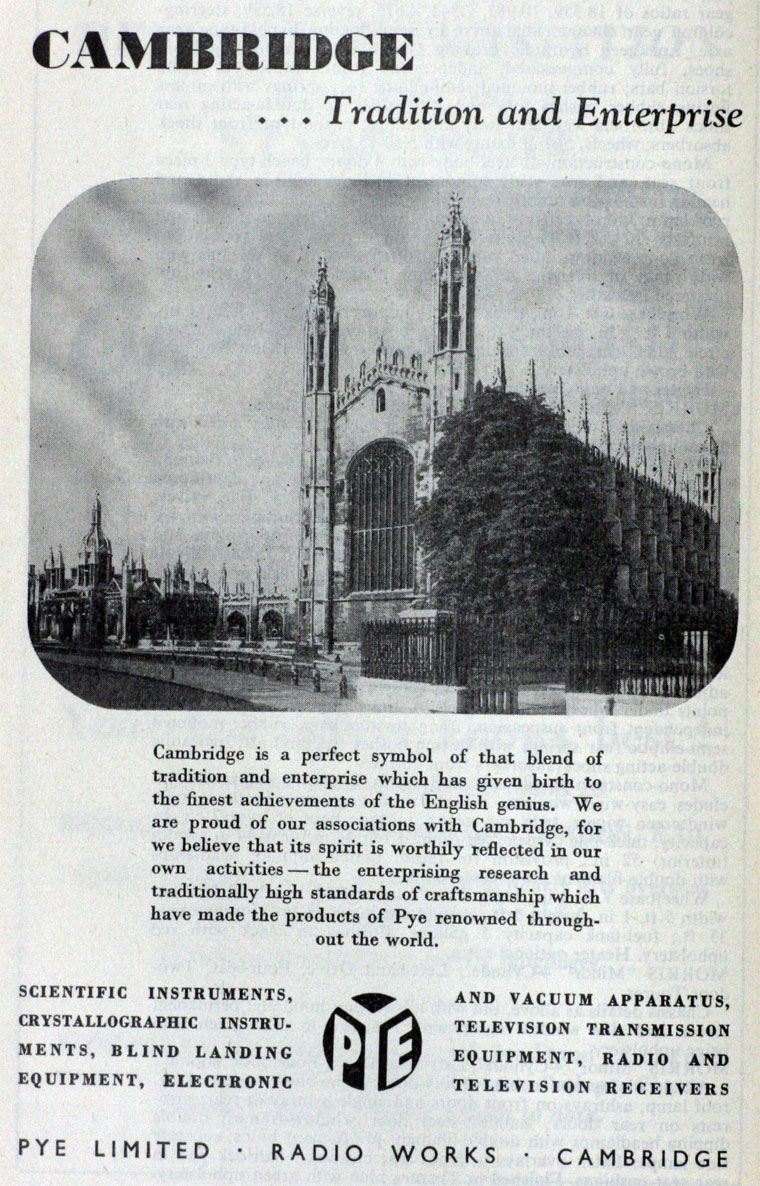 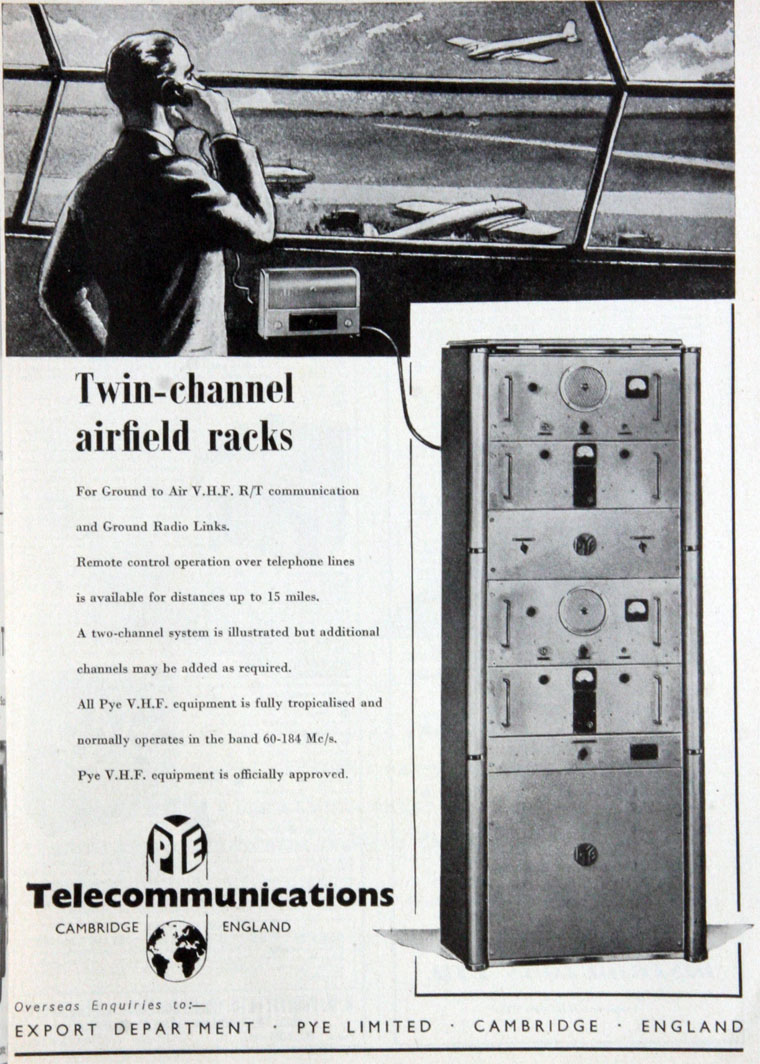 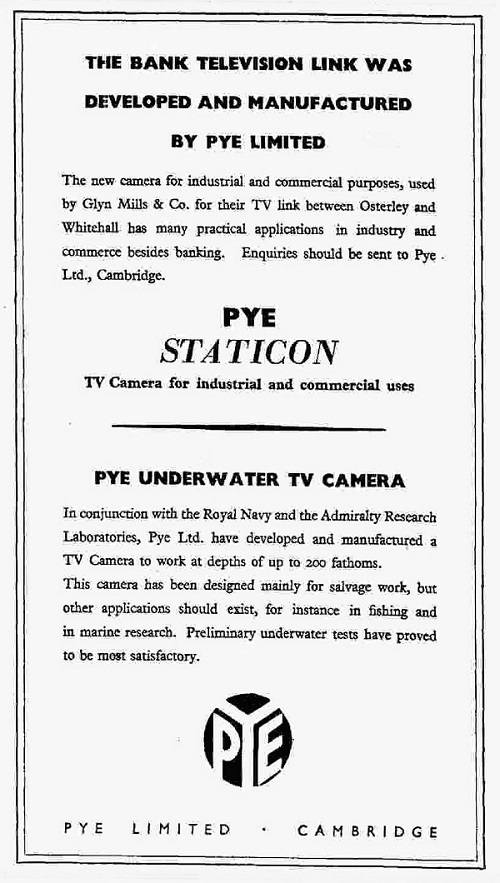 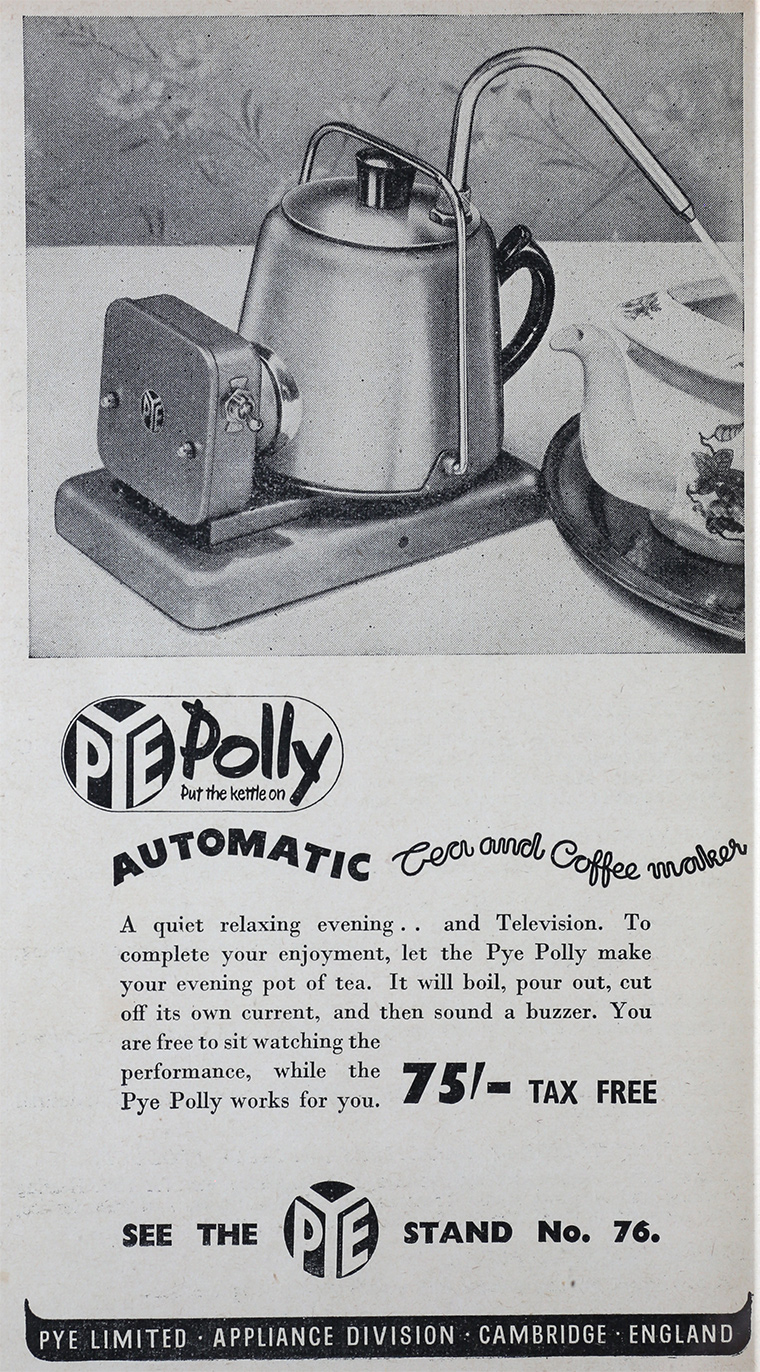 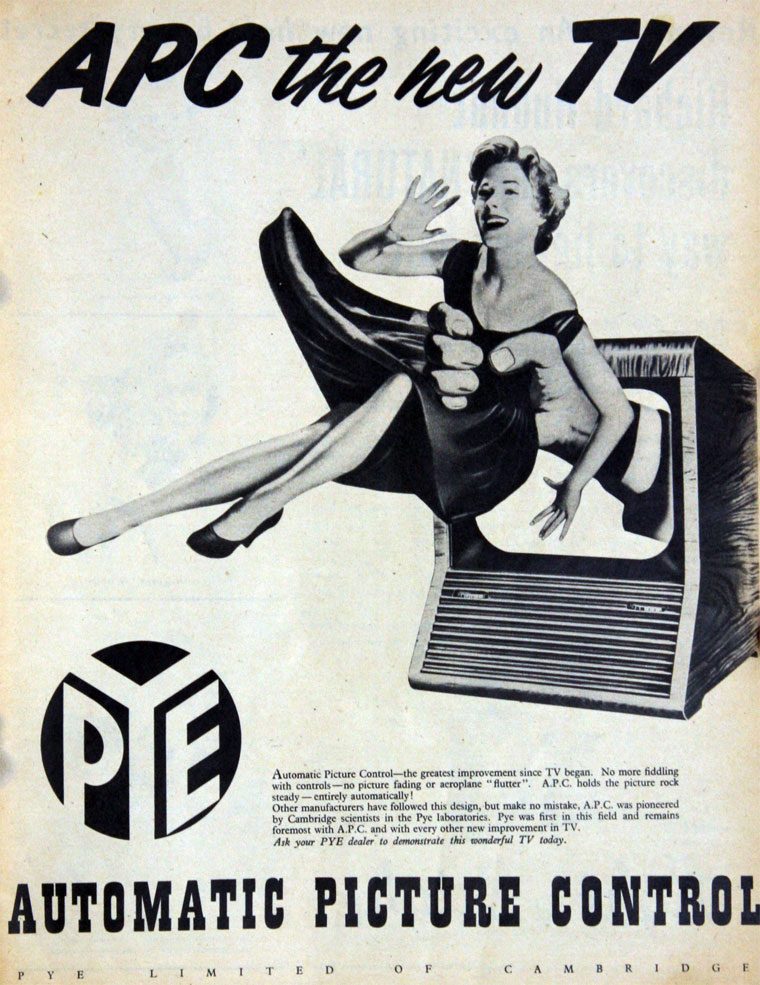 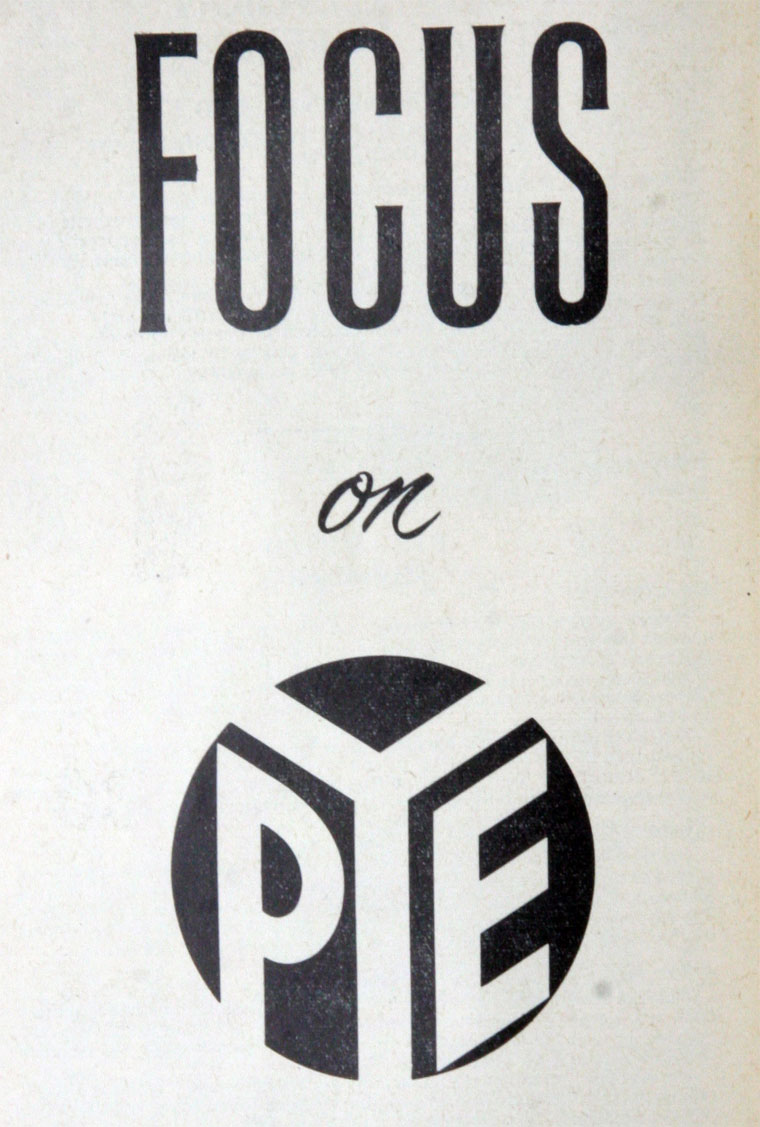 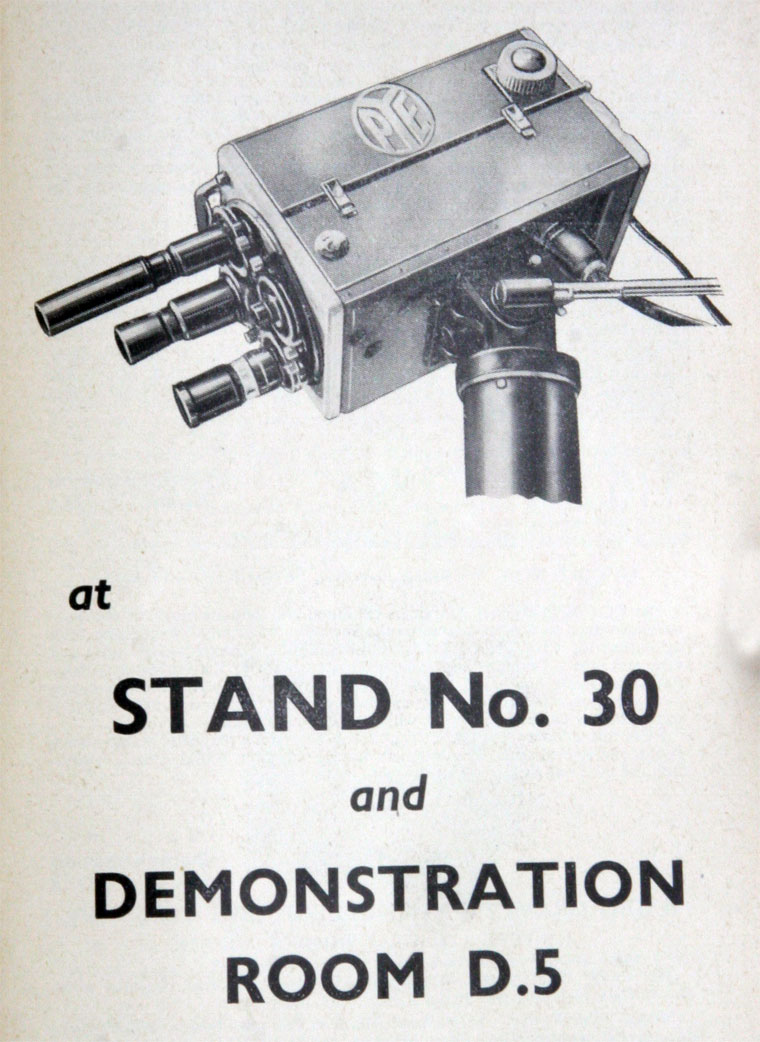 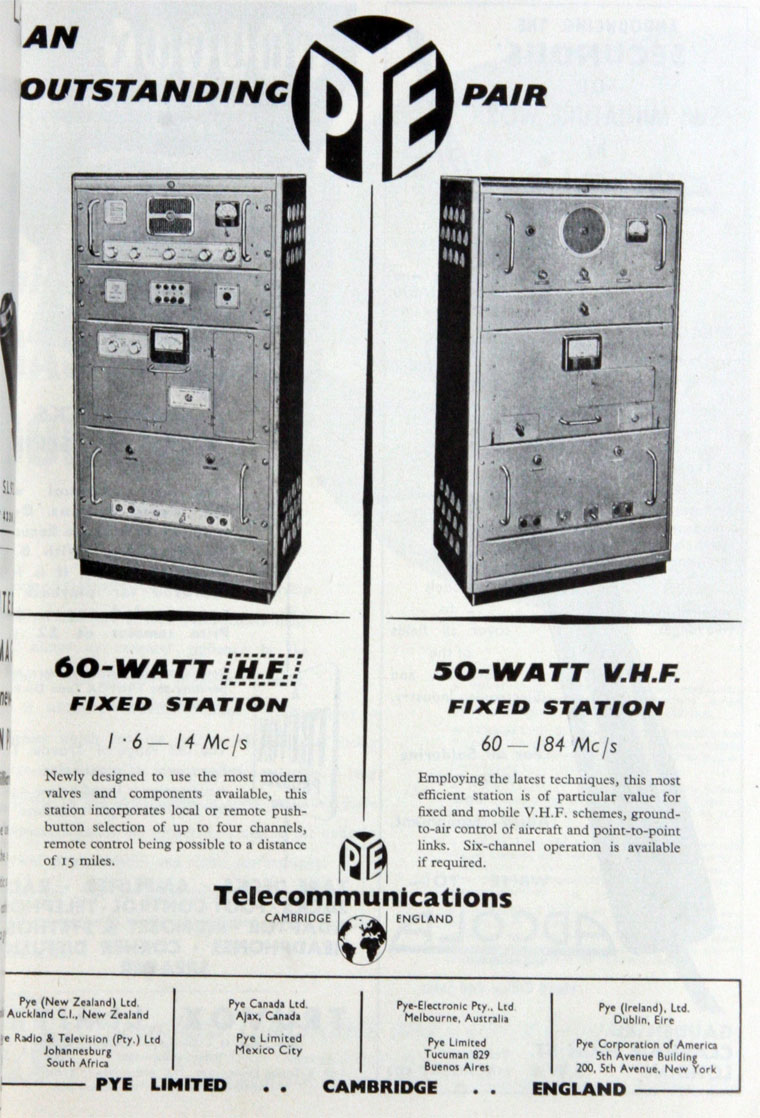 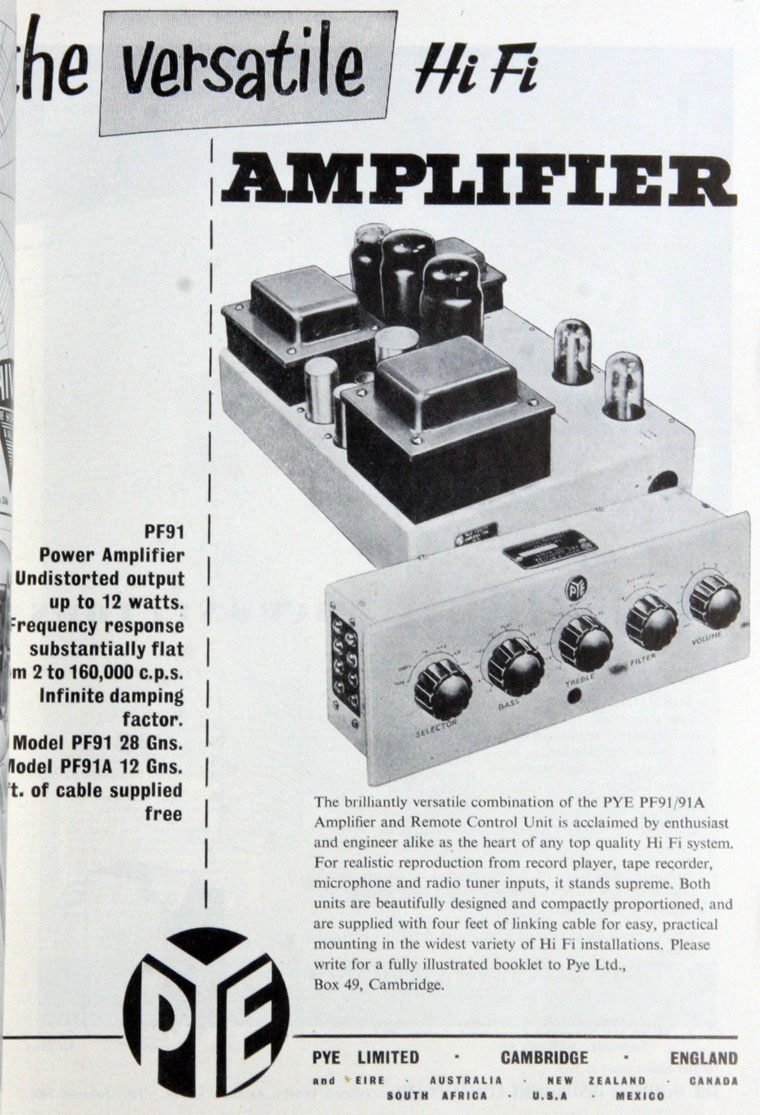 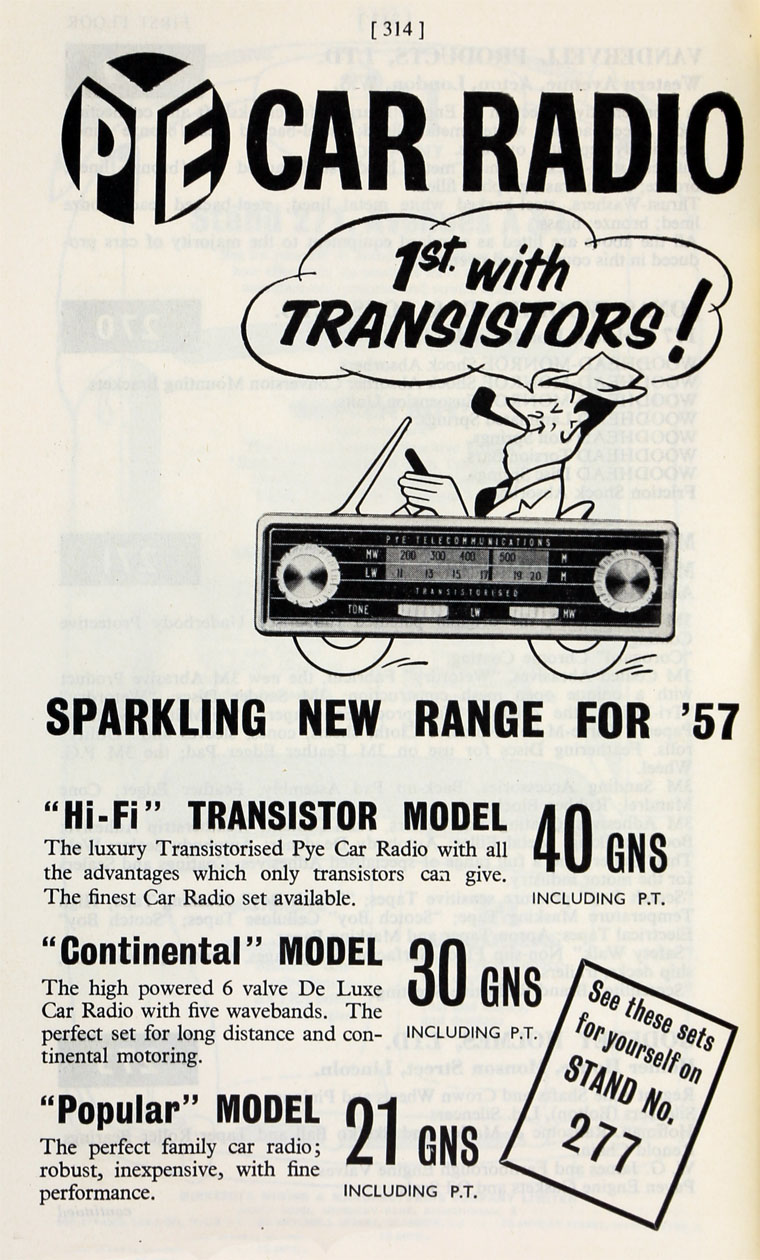 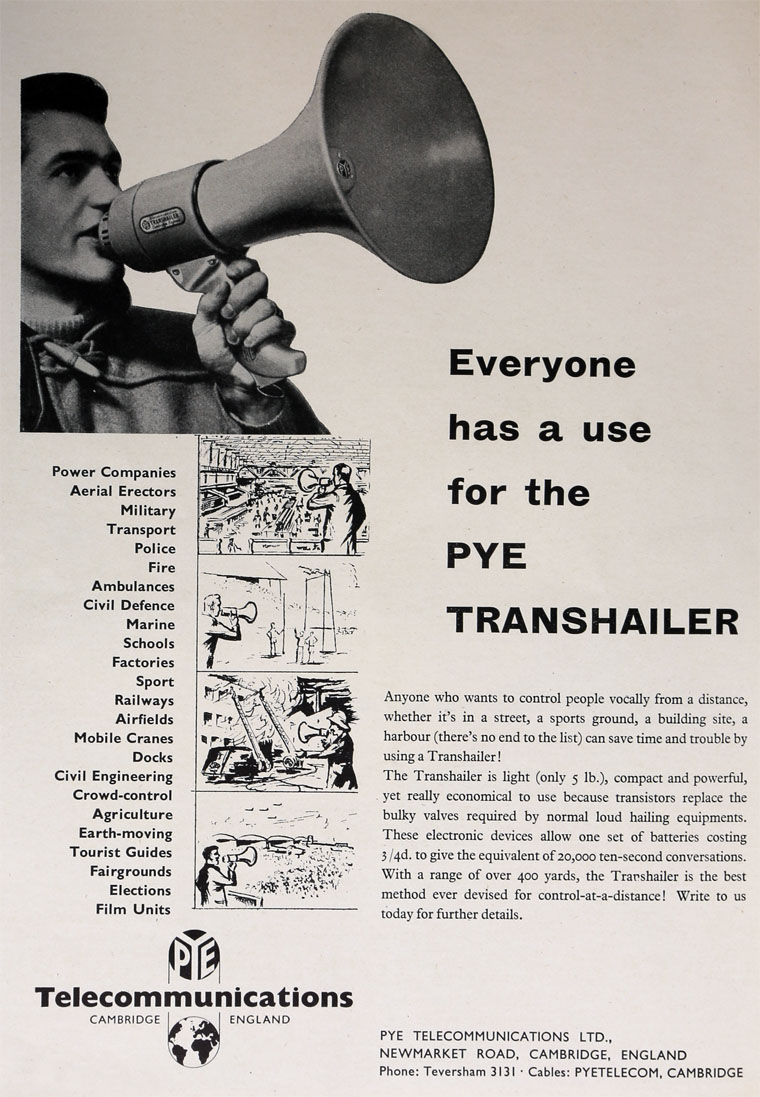 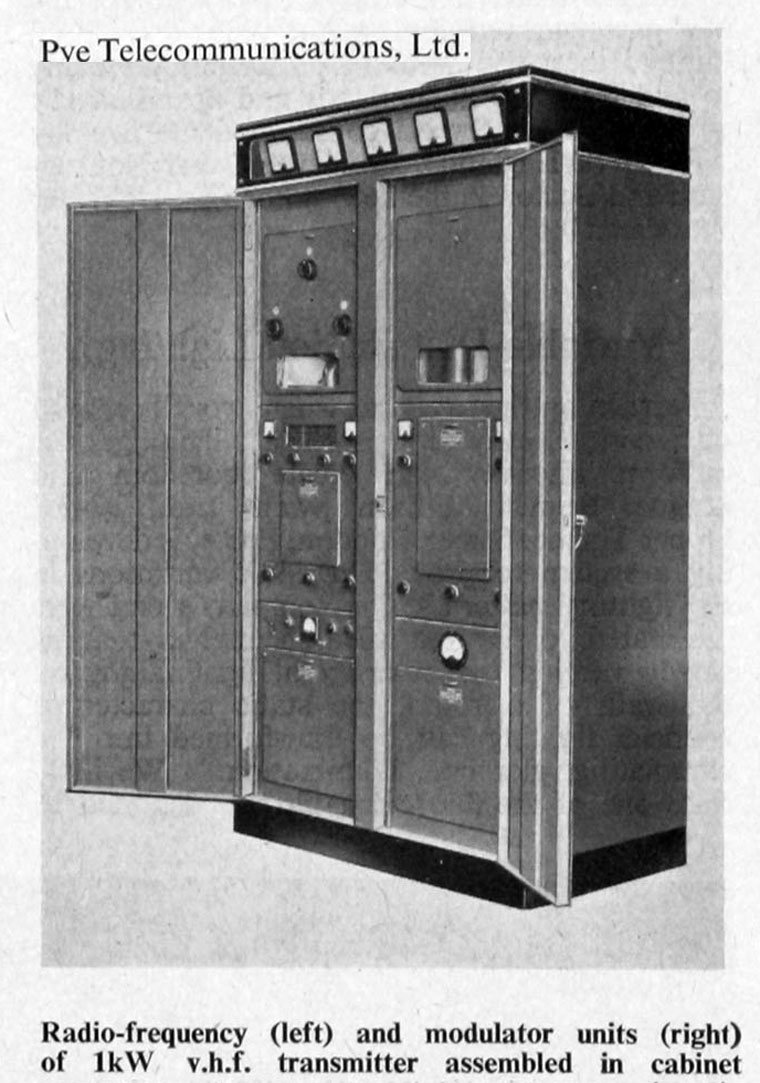 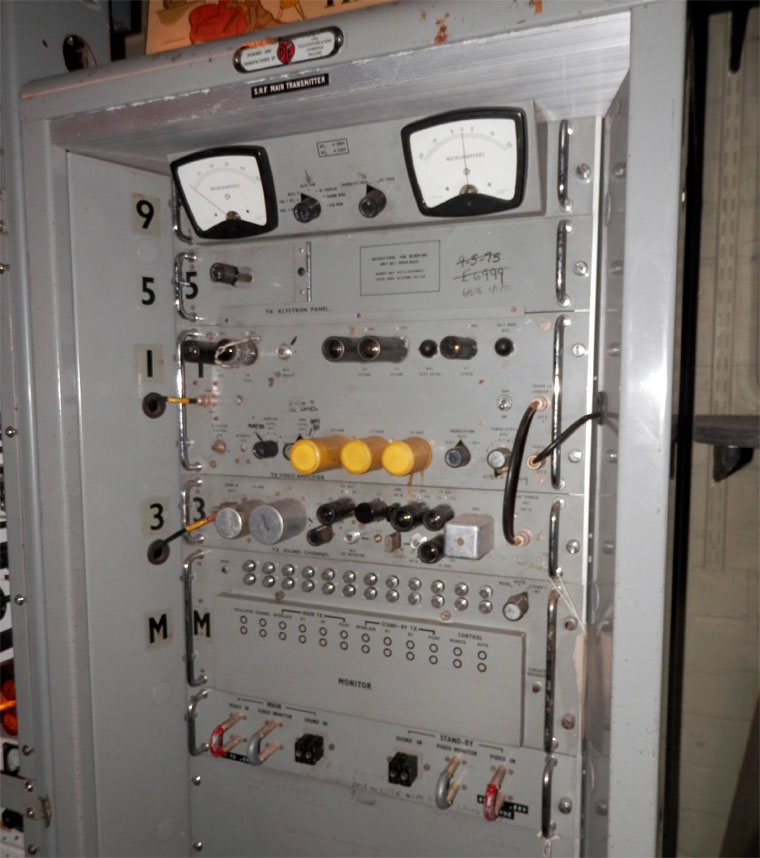 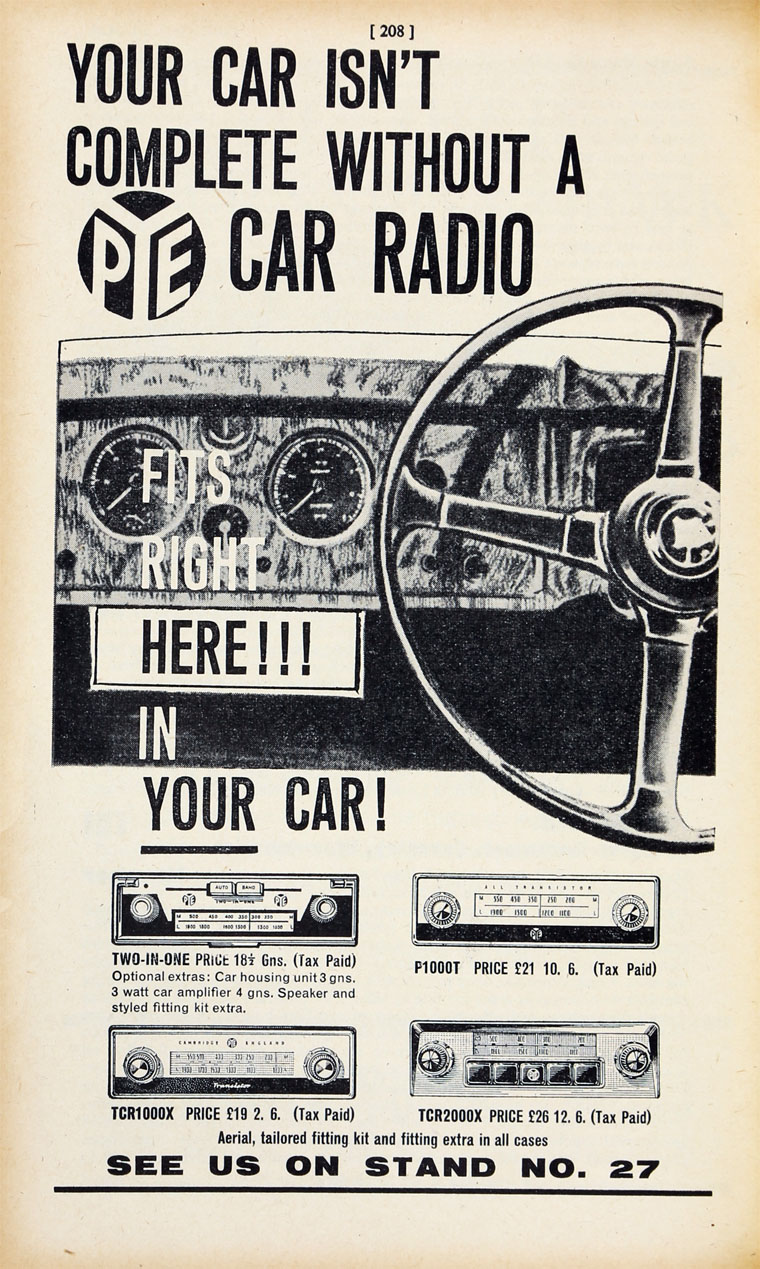 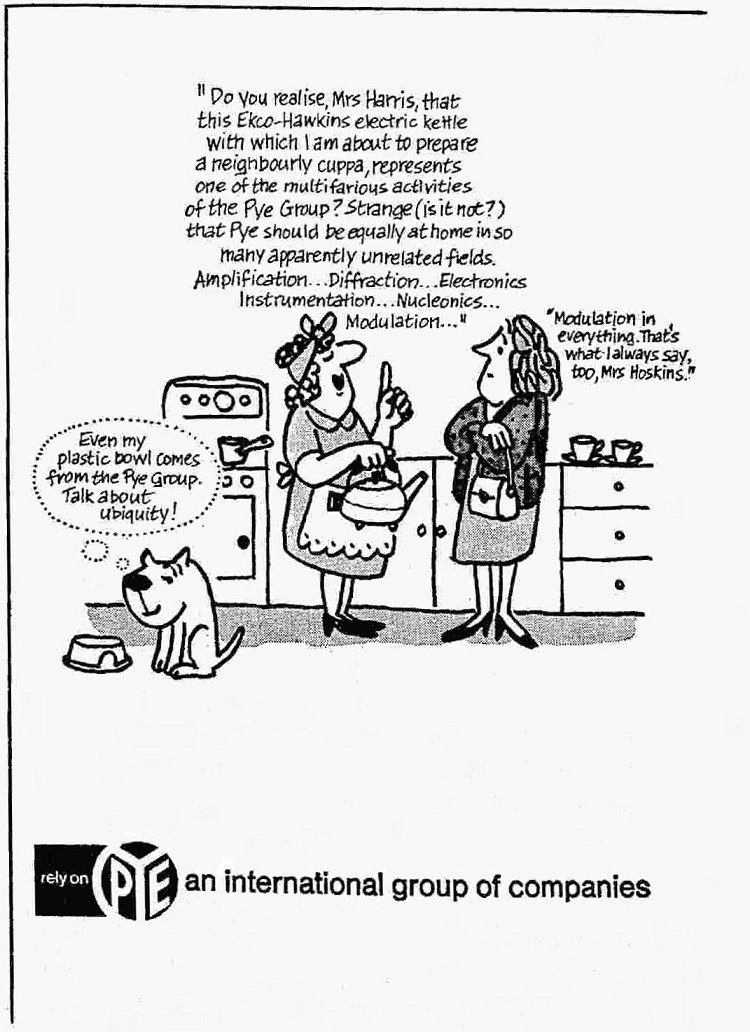 1896 A part-time business making scientific instruments was founded in Cambridge by William George Pye, an employee of the Cavendish Laboratory, which became W. G. Pye and Co.

1928 Pye Radio Ltd was formed to acquire the radio branch of the business of W. G. Pye and Co[1]; Pye Radio was owned by Charles Orr Stanley, who went on to establish a chain of small component-manufacturing factories across East Anglia.

1928 Stanley took Pye into television. When the BBC started to explore television broadcasting, Pye found that the closest of their East Anglian offices was some 25 miles outside the estimated effective 25 mile radius of the Alexandra Palace transmitter. Stanley was fascinated by the new technology and on his instructions the company built a high gain receiver that could pick up these transmissions.

1935 Collaborated with Ever Ready to design and manufacture radio receivers. This was in pursuit of Ever Ready's commercial policy of encouraging the use of battery powered equipment, although strangely one of the first 2 designs was mains powered. Charles Orr Stanley was invited onto Ever Ready's Board as a non-executive director. The chassis and cabinets were made by Pye and put-together at Ever Ready's Finsbury Park factory, supervised by Pye management. The collaboration only lasted for a few years. Just before the war Charles Stanley fell out with Magnus Goodfellow (Ever Ready's Chairman) and the venture came to an end [3].

The new EF50 valve from Philips, enabled Pye to build a high gain receiver, a Tuned Radio Frequency (TRF) type not a superhet type. With the outbreak of World War 2 the Pye receiver using EF50 valves became a key component of many radar receivers, forming the 45MHz Intermediate Frequency Amplifier (IF) section of the equipment. Pye went on to design and manufacture many famous army radio equipments such as Wireless Sets No.18, 19, 22, 62.

1944 In February, Pye formed a specialist division called Pye Telecommunications which it intended would design and produce radio communications equipment when the war ended. This company developed, prospered and grew to become the leading UK producer of mobile radio equipment for commercial, business, industrial, police and Government purposes.

After the war, Pye's B16T 9" table television was designed around the twelve-year-old EF50 valve. It was soon superseded by the B18T, which used an extra high tension transformer (EHT) developed by German companies before the war to produce high cathode ray tube voltages.

1954 Pye's V4 tunable television was launched in March, and was followed by the V14. The V14 proved to be technically unreliable and so tarnished the Pye name that many dealers transferred their allegiance to other manufacturers. This failure so damaged corporate confidence that Pye avoided being first to market thereafter.

1955, the company diversified into music production with Pye Records. The Independent Television Authority (ITA) initiated commercial transmissions so Pye had to produce new television designs that could receive ITV, and the availability of a second channel introduced the need for tuners for these sets.

1956 Pye developed the first British transistor. Pye first used transistors in a product sold as a subsidiary brand: the Pam 710 radio, with the transistors themselves labelled Newmarket Transistors (another subsidiary). When this proved acceptable the company launched the Pye 123 radio (still with the Newmarket label on the novel internal components). Products such as these reversed the decline.

These were all members of the Pye Instruments Group.

1960 E. K. Cole merged with Pye as British Electronic Industries; each company retained its own operations and management initially but by 1962 the new company had complete control of Ekco[13].

They also produced broadcast television equipment, including cameras which, as well as international sales, were very popular with British broadcasters including the BBC. The early cameras were called "the Photicon" and the later ones by their Mk number 2,3 etc. The Mk7/8 solid state monochrome cameras were the last ones produced. The Pye Mk6 Image Orthicon camera was the last version supplied to BBC Outside Broadcasts in 1963 for a new fleet of 8 outside broadcast vans. The ITV companies purchased the popular Pye Mk3s, and to a lesser extent the Mk4s and Mk7s. Unfortunately, Pye (TVT) never made it into producing a colour broadcast television camera, but there was an abortive colour telecine camera, few if any were sold. The reason for this was probably the financial difficulties the company was in.

1964 Had a record year but growth was slower than expected in the post-war expansion plan. Divisions included[18]:

The arrival of Japanese competition reduced demand to a level that threatened the viability of the manufacturing plants. The company, like most of its domestic competitors, attempted to restore demand with price competition and, where viable production exceeded demand, sold excess stock at loss-making clearance prices. This tactic has no strategic value and by 1966 Pye was in such difficulties that they started to reduce their manufacturing capacity with closure of the Ekco factory in Southend.

Mr J. Langham Thompson led a group of shareholders supporting the past chairman and deputy MD of the company against the incumbent management on the question of the future potential for radio and television in Pye[19].

The arrival of colour television in the mid sixties was not the rescue that domestic TV manufacturers had hoped. Test signals began in 1966 and scheduled transmissions commenced on December 2, 1967. The colour transmissions introduced 625-line transmissions alongside the 405-line broadcasts so the receivers had to handle both systems, with a consequent cost overhead. The resulting high price of the new technology delayed consumer adoption.

1967 After a Stock market battle, Philips acquired Pye[21]; shareholders had an option to buy back into the company before 1970. The Trade Secretary, Anthony Wedgwood Benn, agreed with Philips that the Pye business would co-operate with government policy in terms of reorganising the telecommunications and instrument sectors[22]. He permitted the transfer of just a 60% shareholding with an undertaking that the Lowestoft factory would continue to manufacture televisions.

Early 1970s, Sony and Hitachi launched UK colour televisions at under £200 and most domestic manufacturers decided to compete with them in that market. This decision handicapped the domestic manufacturers when the Japanese moved upmarket using just in time (JIT) manufacturing. When the UK consumers chose quality over price, domestic manufacturers found themselves with high stocks and low cash flow at a time when industrial relations were poor and there was little flexibility in cost reduction.

1976 Philips owned 51.7 percent of Pye. It acquired the consumer businesses (ie radio and television) from Pye which would concentrate on professional electronics operations[25]