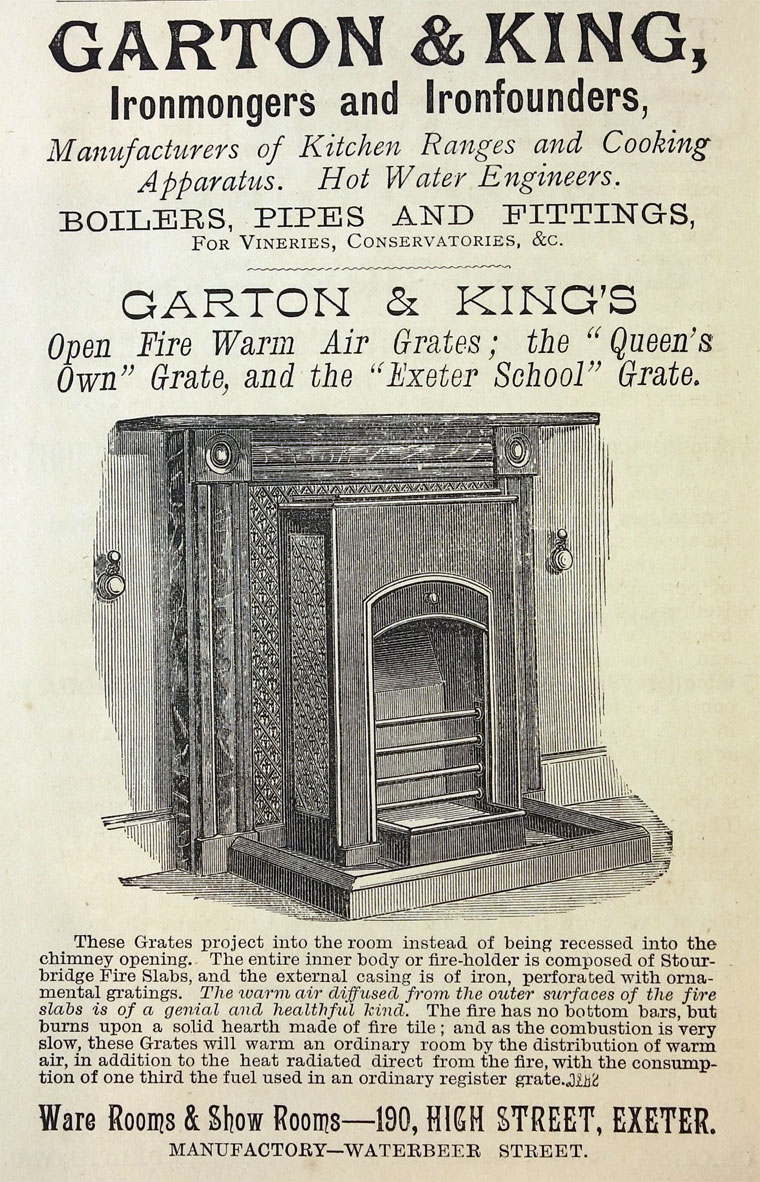 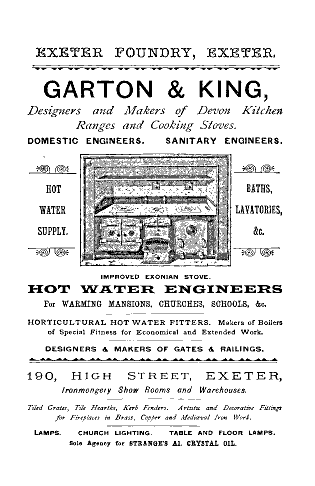 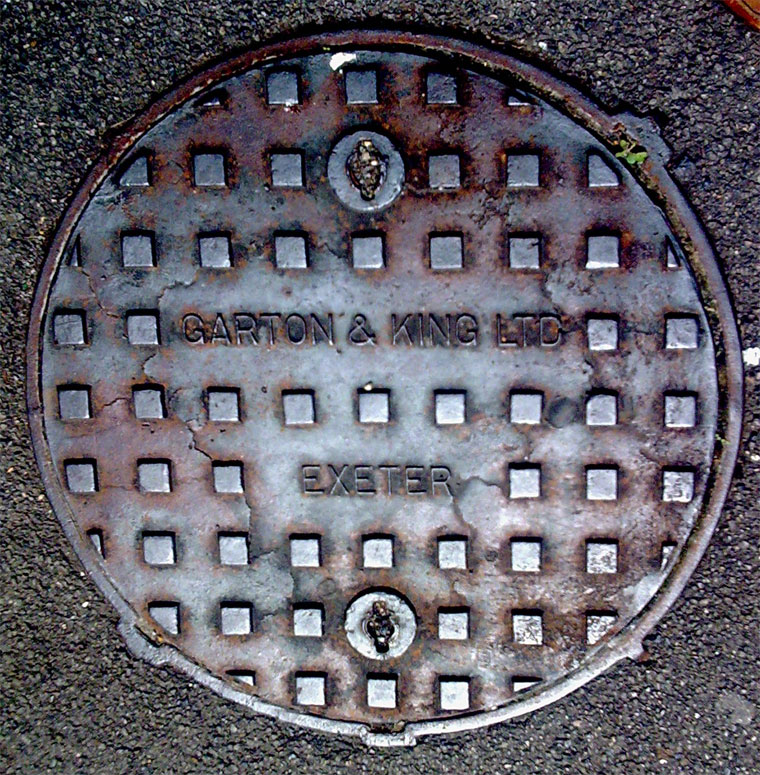 1898 Hugo Holladay of Faversham joins as a partner[4]

c1940 Took over Taylor and Bodley

1973 Split the business in to Garton and King for the foundry business and Garton King Appliances, for the part acting for Aga Heat and Rayburn