Grace's Guide is the leading source of historical information on industry and manufacturing in Britain. This web publication contains 138,135 pages of information and 223,036 images on early companies, their products and the people who designed and built them. 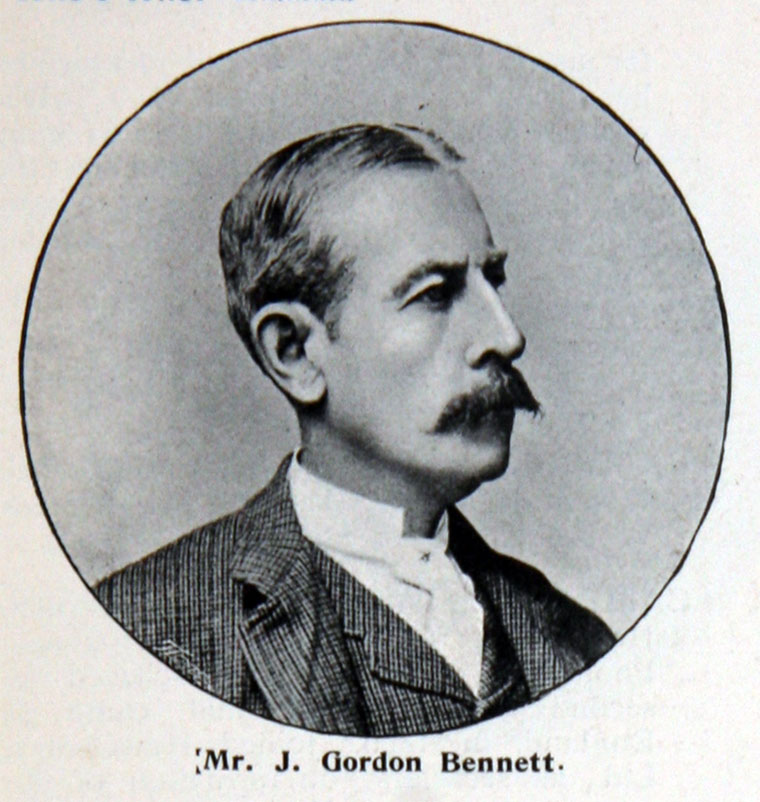 1841 Born in New York City, the son of James Gordon Bennett, founder of the Herald.[1]

1872 On the death of his father he inherited both a fortune and The Herald.

Continued the management of the paper.

Later was resident in Paris, from where he continue the management of The Herald via telegraph.

He extended publication to a London edition for a time, introduced storm warnings transmitted from the United States, organised the Jeanette polar expedition, and the despatch of H. M. Stanley to Africa in search of Livingstone.

1883 With John W. Mackay, he organized The Commercial Cable Co., which laid a new cable between America and Europe, to compete with the combined English and French lines.

Mr. Bennett took a great interest in open air sports, being a good horseman and a first rate yachtsman.

1904 'BENNETT, James Gordon, Paris. Is the proprietor of the New York Herald. Was one of the first Americans to see the importance of the motor-car. Advocated its use as far back as ten years ago, when motor-cars in Paris were of a primitive type indeed. Is a yachtsman, and driver of four-in-hands. Was born in 1841. Is the donor of the trophy for the race which bears his name, won in 1902 by Mr. S. F. Edge in a Napier car, and in 1903 by M. Camille Jenatzy.' [2]

Events with the name "Gordon Bennett":