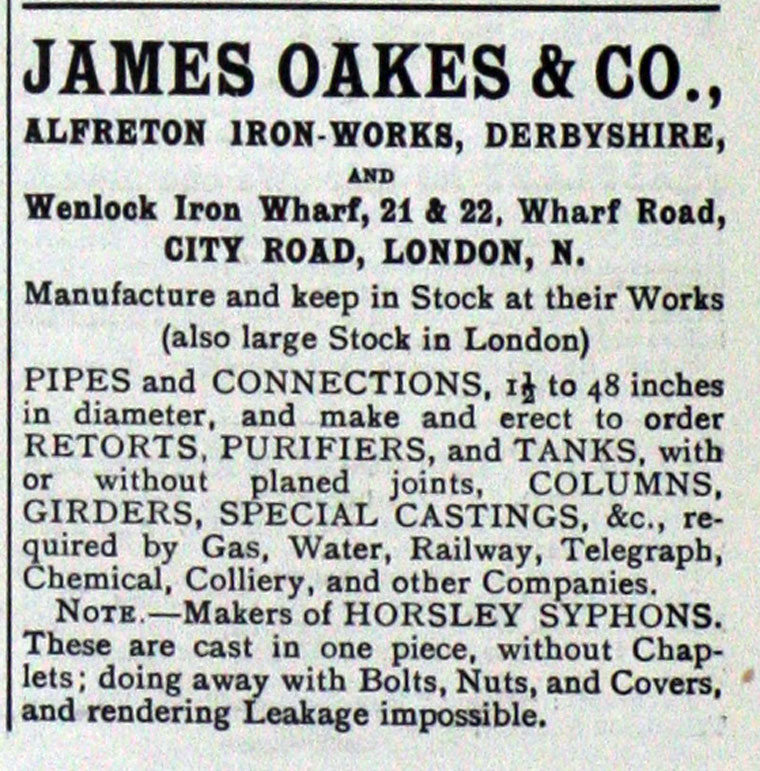 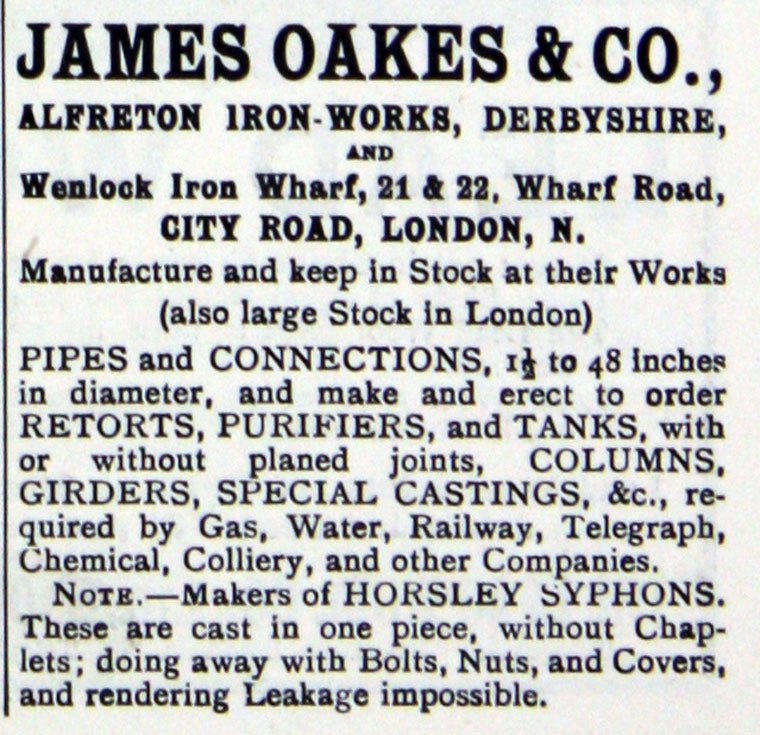 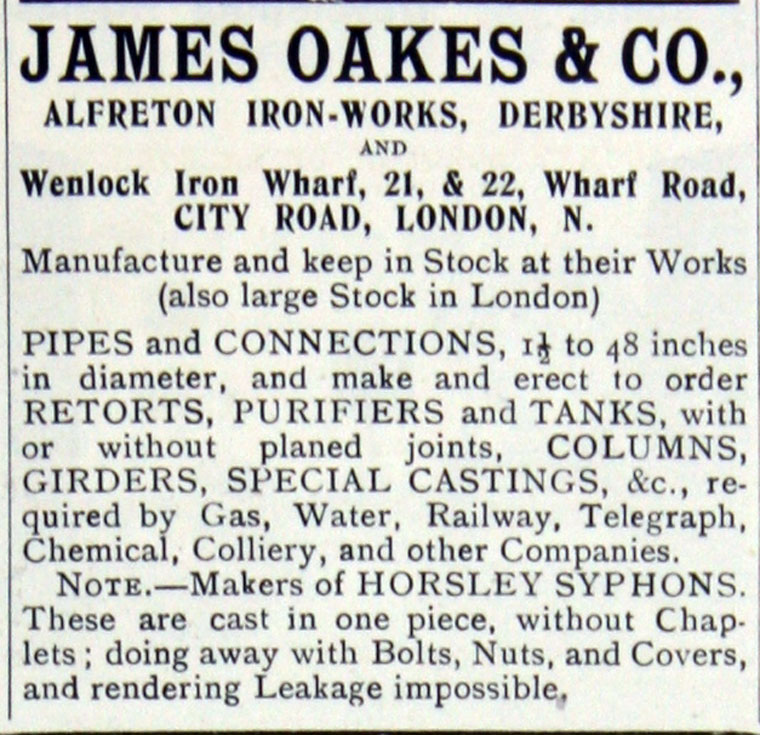 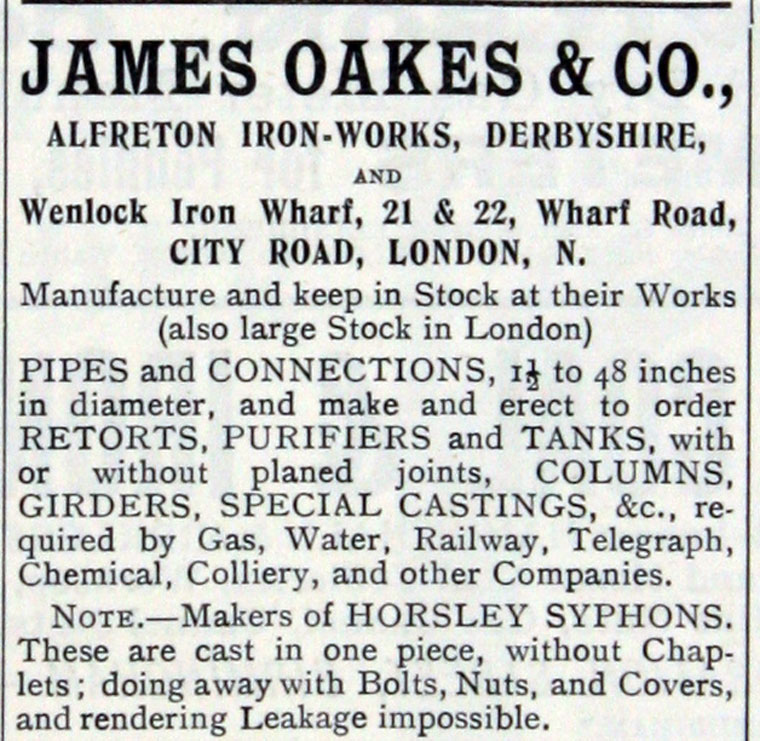 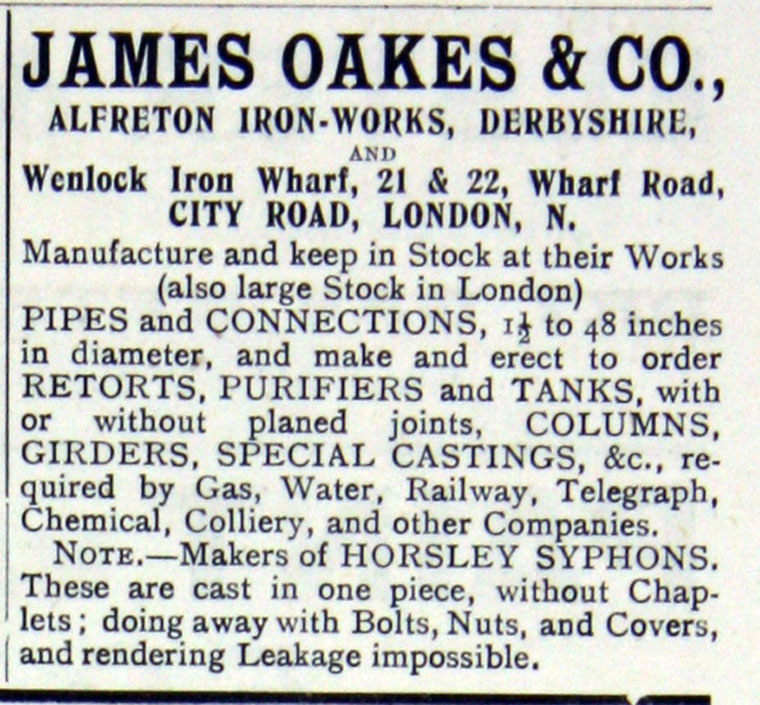 1818 Dissolution of the Partnership betwen James Oakes, of Derby, Gentleman, Nathaniel Edwards, late of the same place, Gentleman, deceased, and Richard Forester Forester, Doctor of Physic, as Ironmasters and Copartners, at Riddings and Somercotes, in the County of Derby, under the firm of Oakes, Edwards, and Forester, so far as regarded the said Nathaniel Edwards, on the 14th day of January 1814 ; and as regarded the said Richard Forester Forester, on the 8th day of April 1817. The business will be continued under the firm of James Oakes and Company[2]

c.1850 Interests in gas brought them into contact with numerous provincial gas companies

1887 The Riddings District Gas Bill made provisions for the acquisition of existing gasworks and gas undertaking of Messrs. James Oakes and Co.; and Powers to construct and maintain new works for the manufacture and storage of gas, &c., on certain lands; T. H. Oakes and C. H. Oakes were mentioned as being with the company[3]

1887 Supplied hanging valves for the Acton and Ealing Sewage Works

1918 The Stanton Iron Works Co from Jan 1st 1919 acted as sole selling agents for the products of James Oakes and Co.[6]

1959 Lovatts Potteries was taken over by Joseph Bourne and Son, otherwise known as Denby Pottery.

1978 James Oakes and Co (Riddings) Ltd was in liquidation[8]