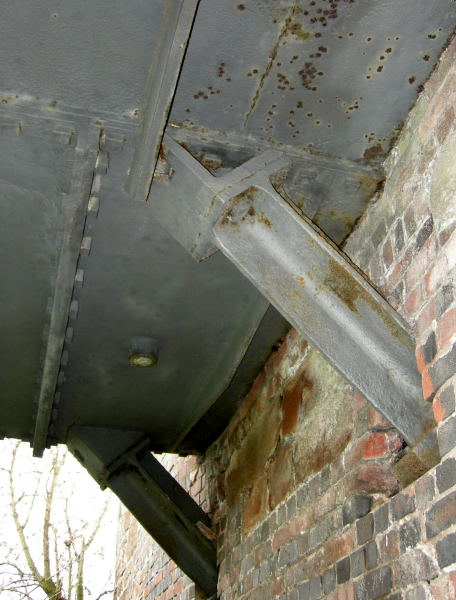 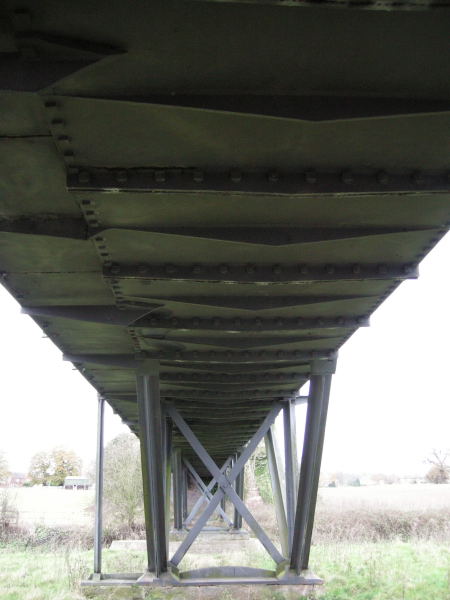 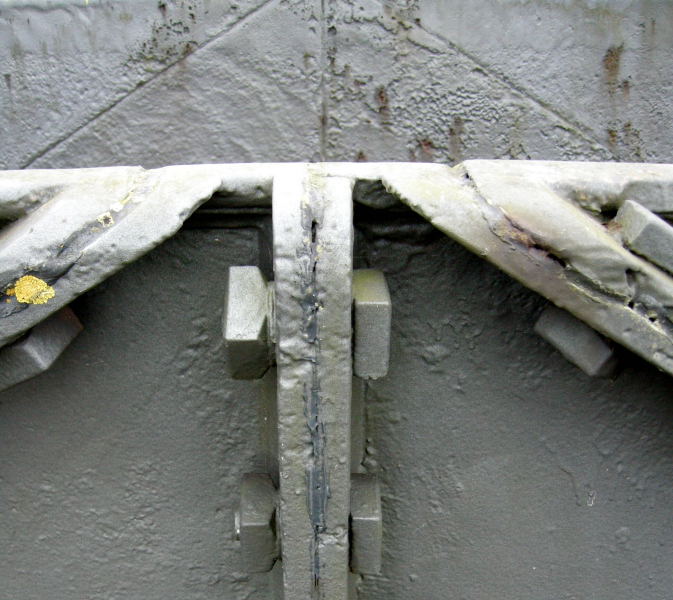 This is the world's first large-scale cast iron navigable aqueduct. (Note: Holmes Aqueduct was completed slightly earlier, in February 1796, but this was much shorter, and no longer survives).

The aqueduct was constructed in 1796 as part of the Shrewsbury Canal. The design is traditionally attributed to Thomas Telford, but the part played by William Reynolds perhaps deserves more credit. Reynolds may well have been inspired by Pont-y-Cafnau, which he had sketched during a visit.[1]

Although the canal was abandoned in 1944, the aqueduct remains and is Grade I listed and a scheduled ancient monument, situated in fields astride the River Tern. Telford went on to build the very much larger Pontcysyllte Aqueduct, now a World Heritage Site.

Unfortunately the minimal cross section of the trough made it difficult to tow close-fitting narrowboats (the displaced water needed to get past!). This arrangement was not repeated at Pontcysyllte, where the trough was made wider, and the extra width was used to accommodate the towpath (an iron platform supported on legs).

For further information on the production of cast iron panels, see Edstone Aqueduct.