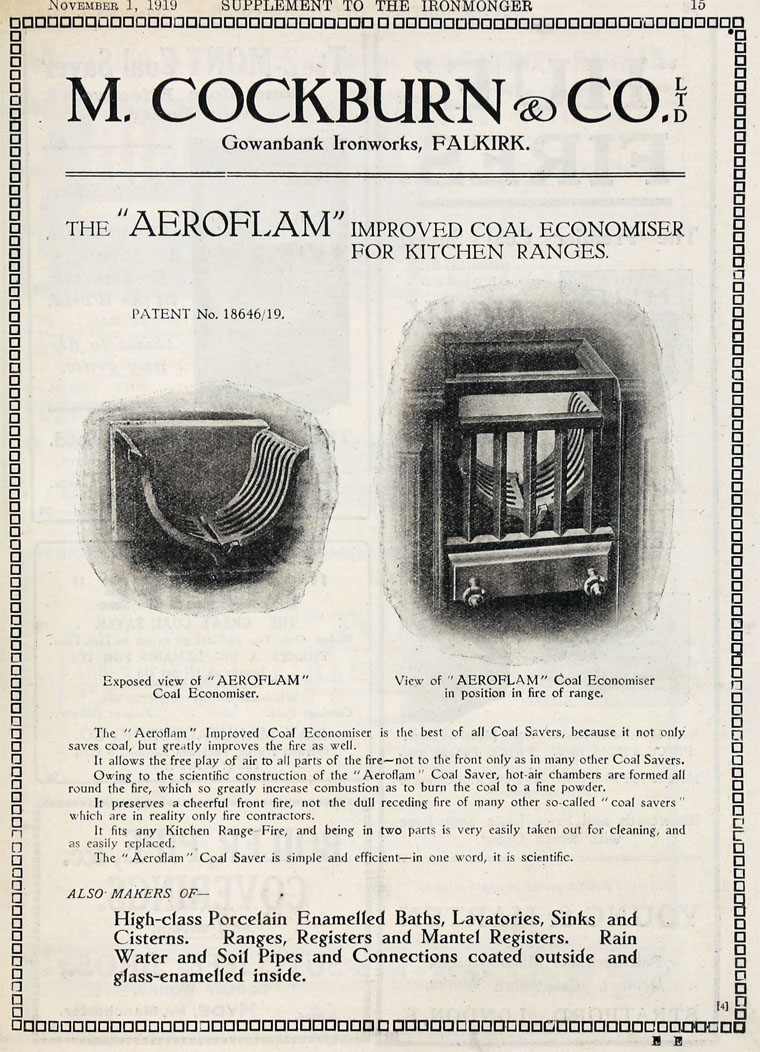 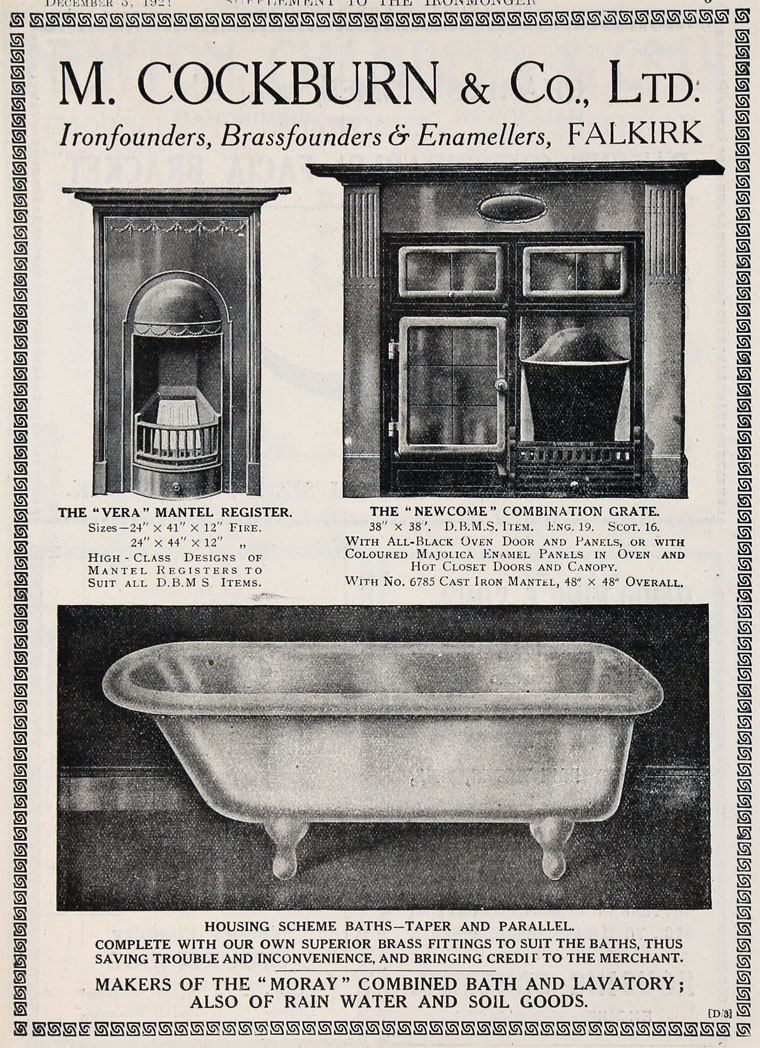 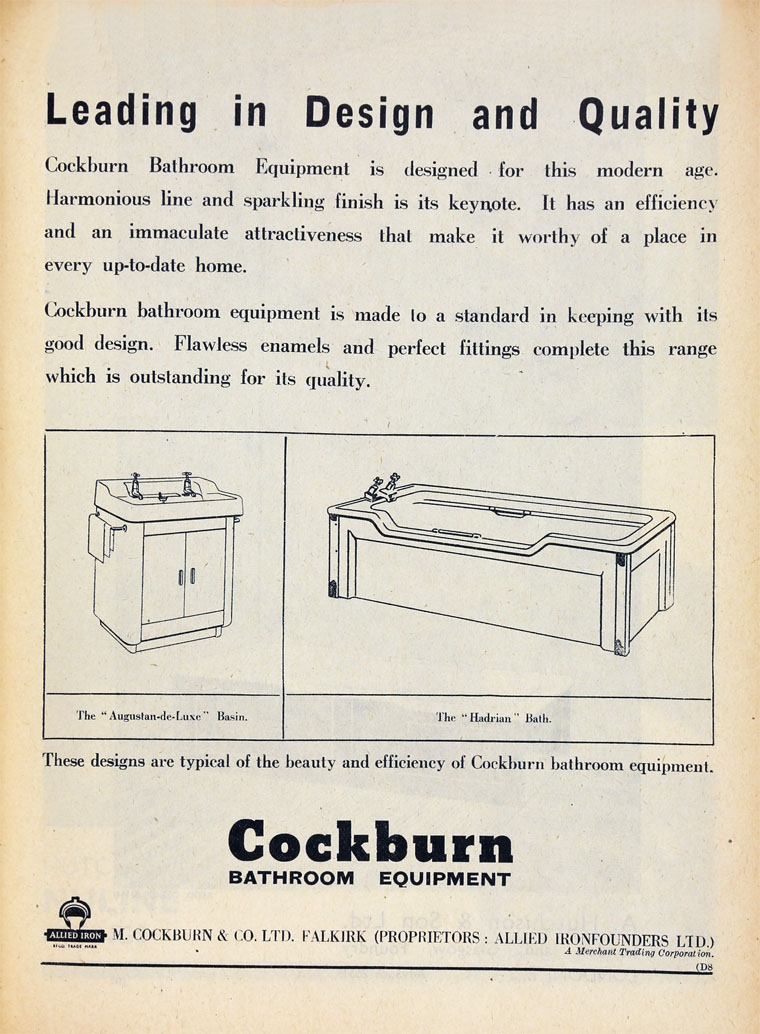 By 1902 Cockburn and Co occupied Gowanbank

1905 the Gowanbank Iron Works company became M. Cockburn and Co Ltd when it moved to Falkirk.

1922 Cockburns linked up with McDowall Steven and Co; Planet Foundry Co, and Coalbrookdale to form the Light Castings Group.

1929 they became part of Allied Ironfounders.

1937 Listed Exhibitor. Display of Cockburn Bathroom Equipment. The exhibition comprise Baths, Basins, etc., of the luxurious type. Notable are the "Lavalect" Panelled Basin having built-in hot water unit, and the "Augustan" Cupboard Basin. (Stand Nos. B.609 and B.508)

1977 Taken over by McDowall Steven and Co.