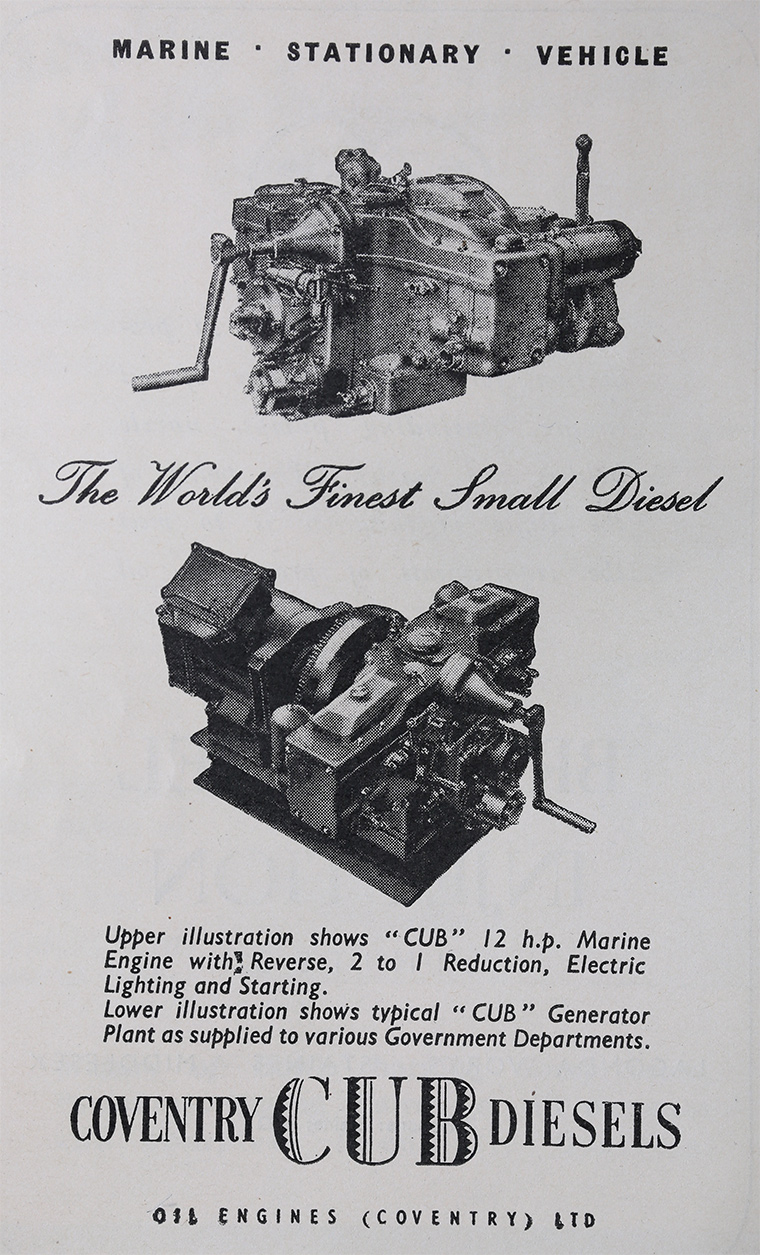 1945 Brush acquired Oil Engines (Coventry) Ltd from Lagonda Ltd as part of the plans to extend their range of diesel engines[2] through Associated British Engineering.

1946 'TRADING ESTATE FOR WISHAW.
Pather Iron Works Site
Part of new industrial estate to be established at the Pather Iron Works site will be leased by the Associated British Engineering Company, Ltd., and will be occupied by one of its subsidiaries, Oil Engines (Coventry) Ltd. The subsidiary firm is at present using part of the Atlantic Works, Wishaw, and employs about 120 people. The transfer to the new industrial estate will not made for some time yet, probably not before the middle of next year at the earliest. News of the project is contained in minute approved the County Council at its meeting Wednesday. The County Clerk reported to the Special Districts committee that a letter had been received from the District Valuer, who was negotiating on behalf the Board of Trade for the purchase, from Coltness Estates, an area of ground forming part of Pather Iron Works. [3]. Related to the former Atlantic Engine Co of Wishaw?