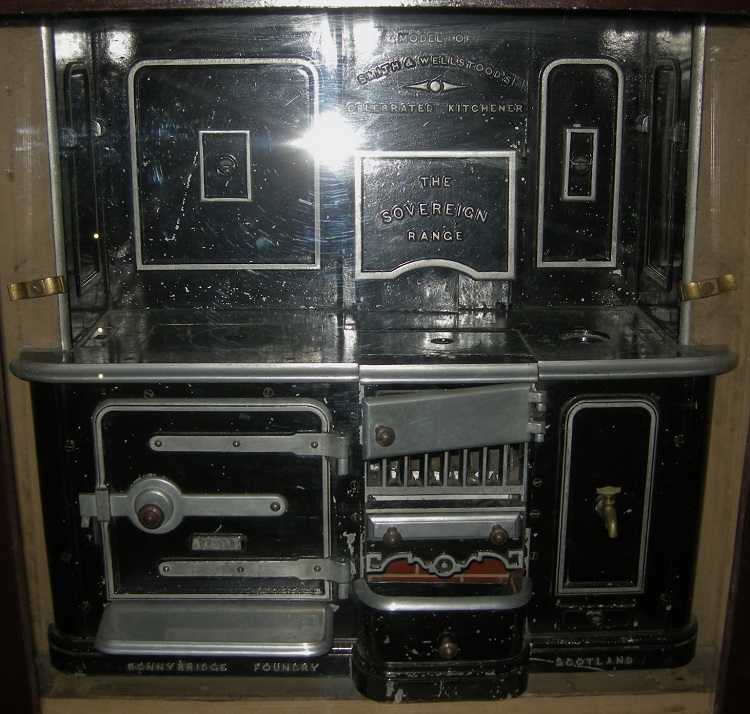 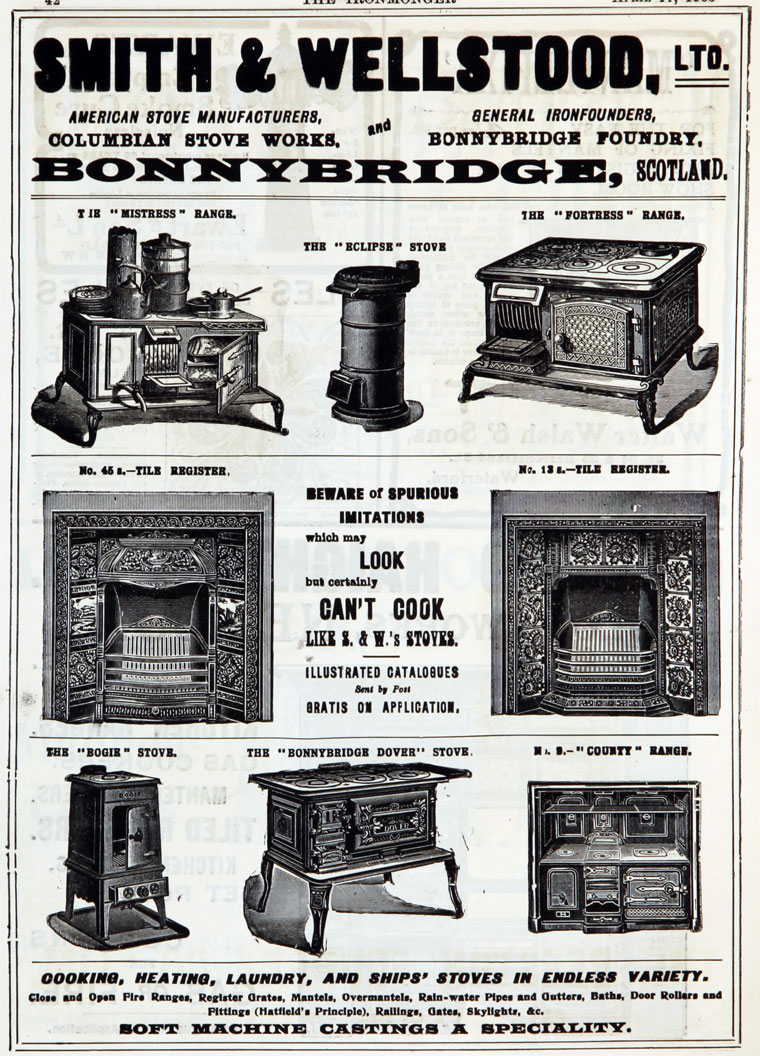 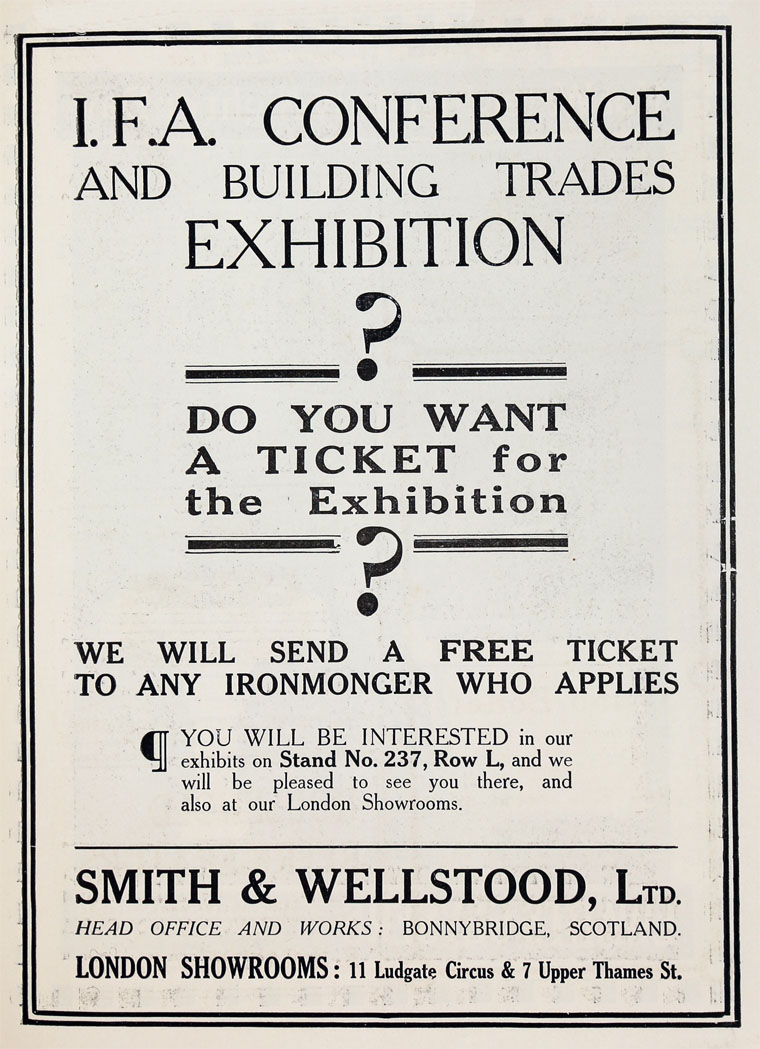 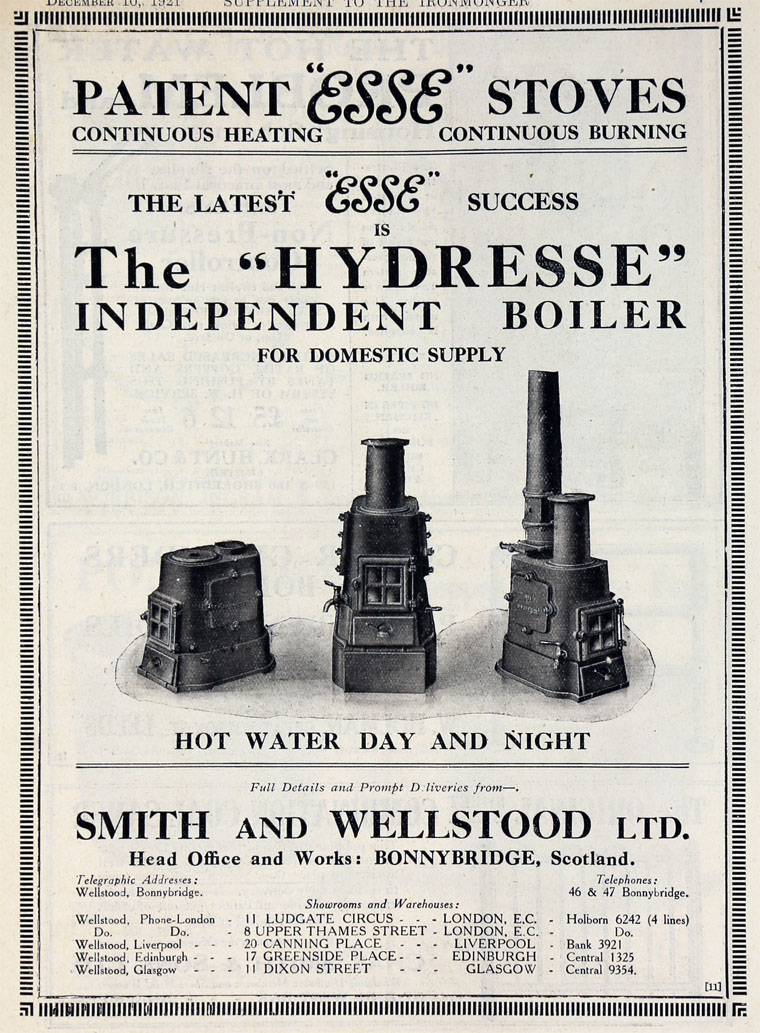 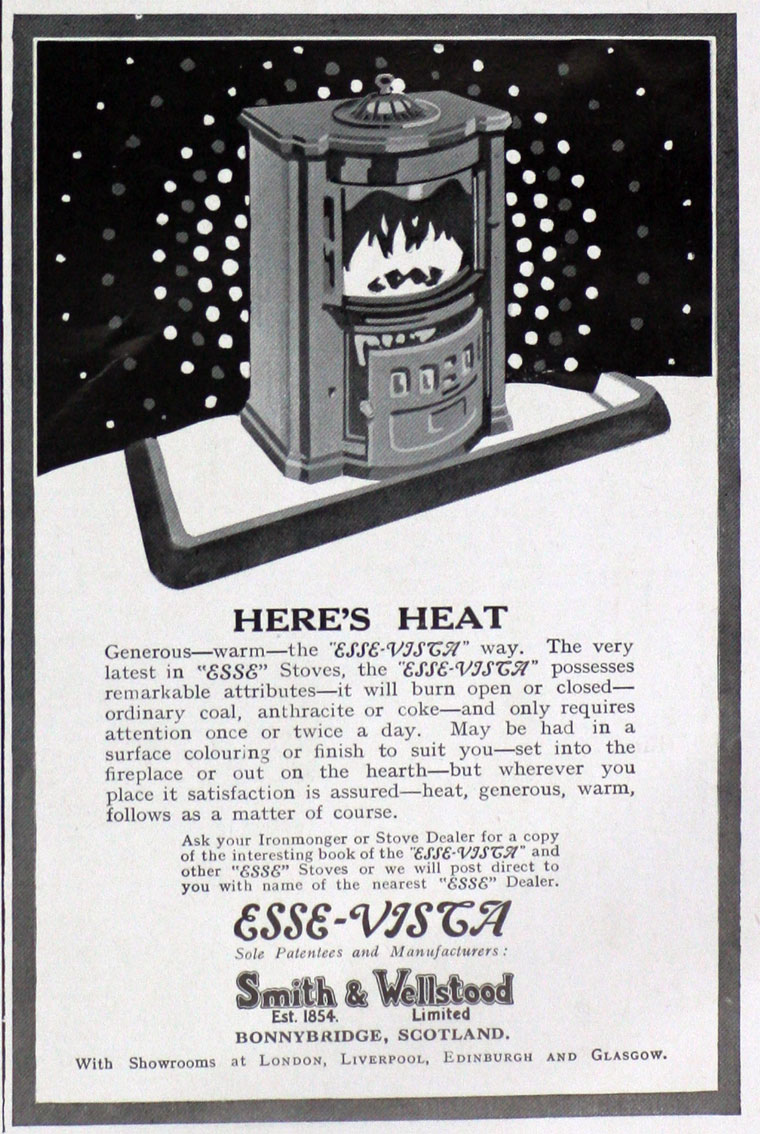 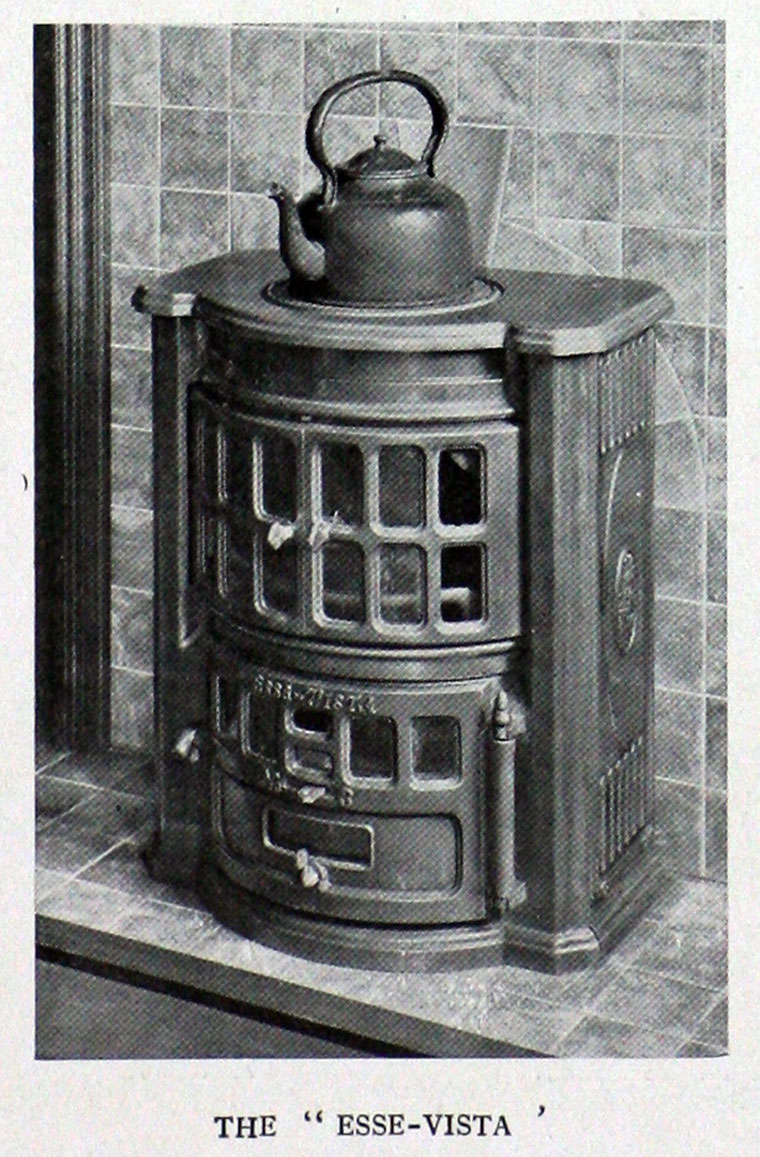 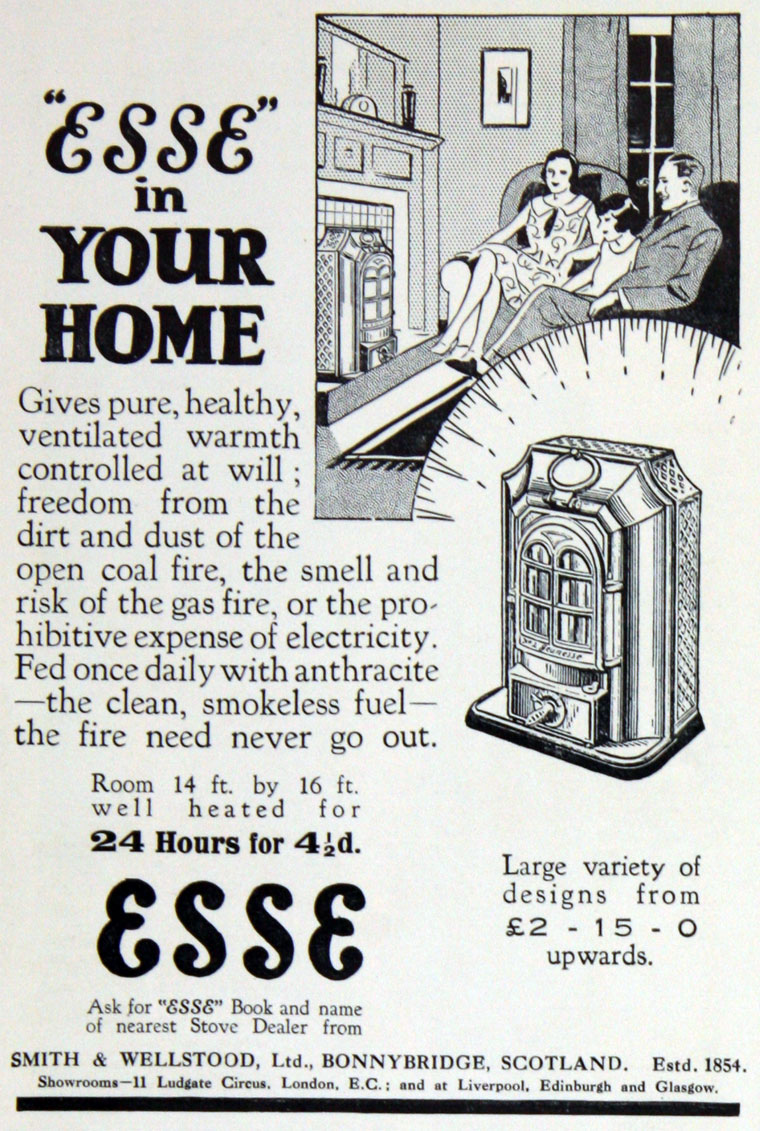 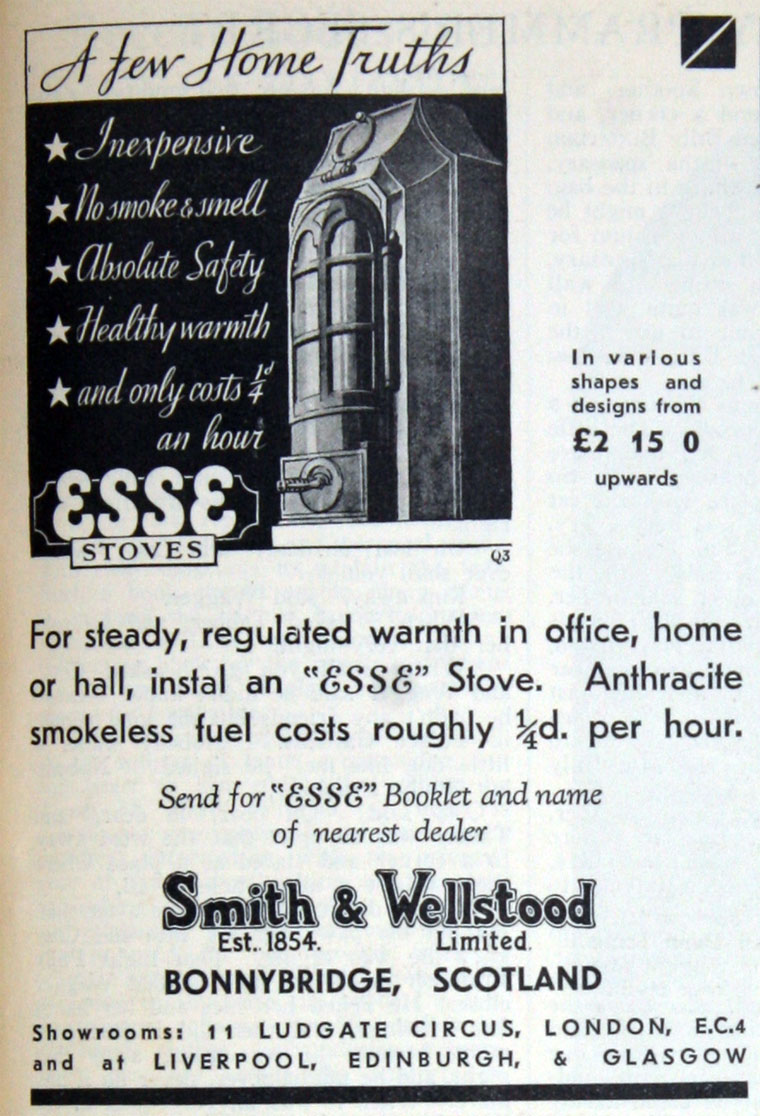 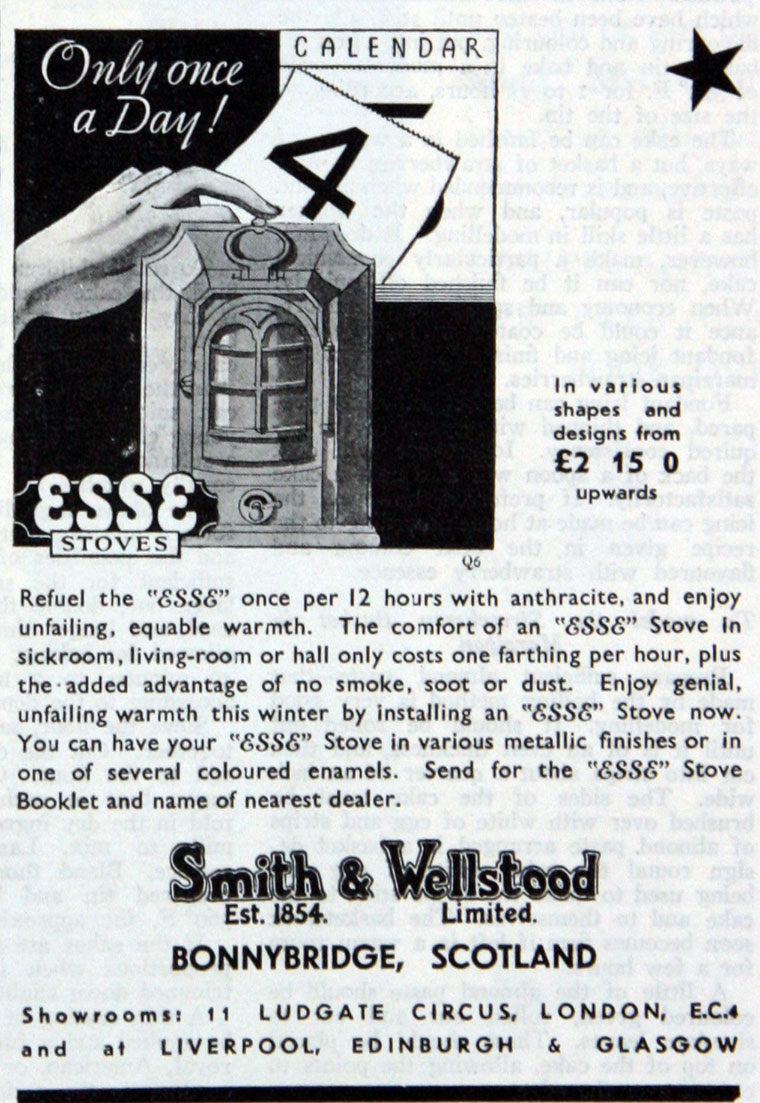 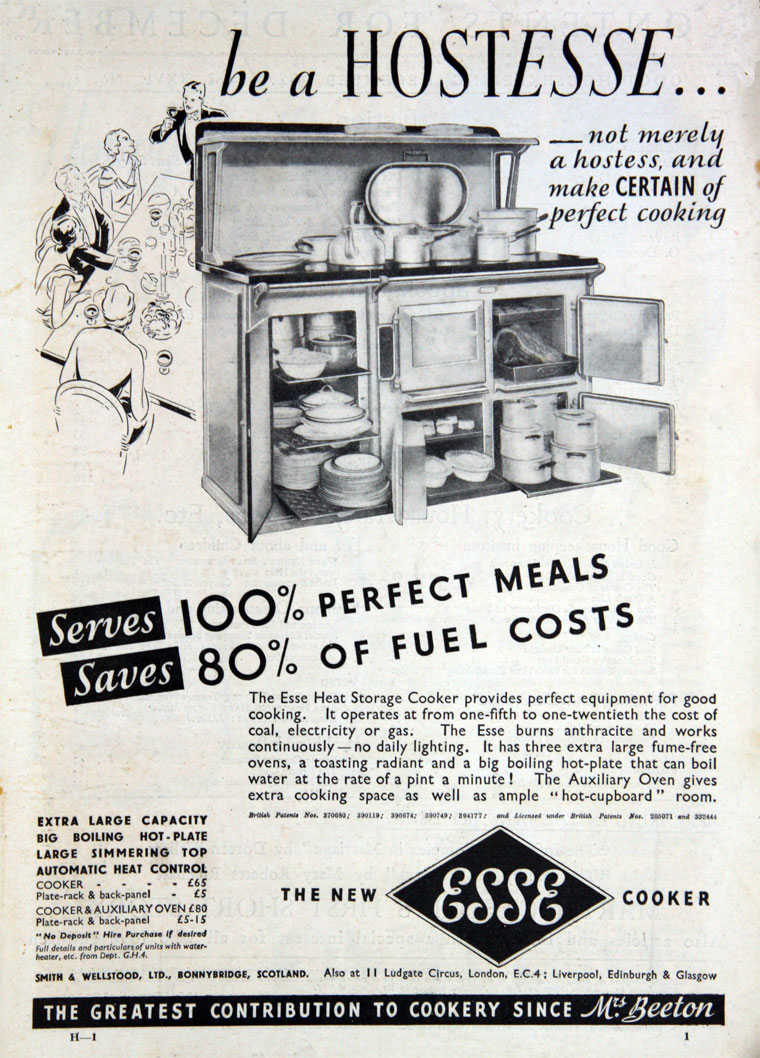 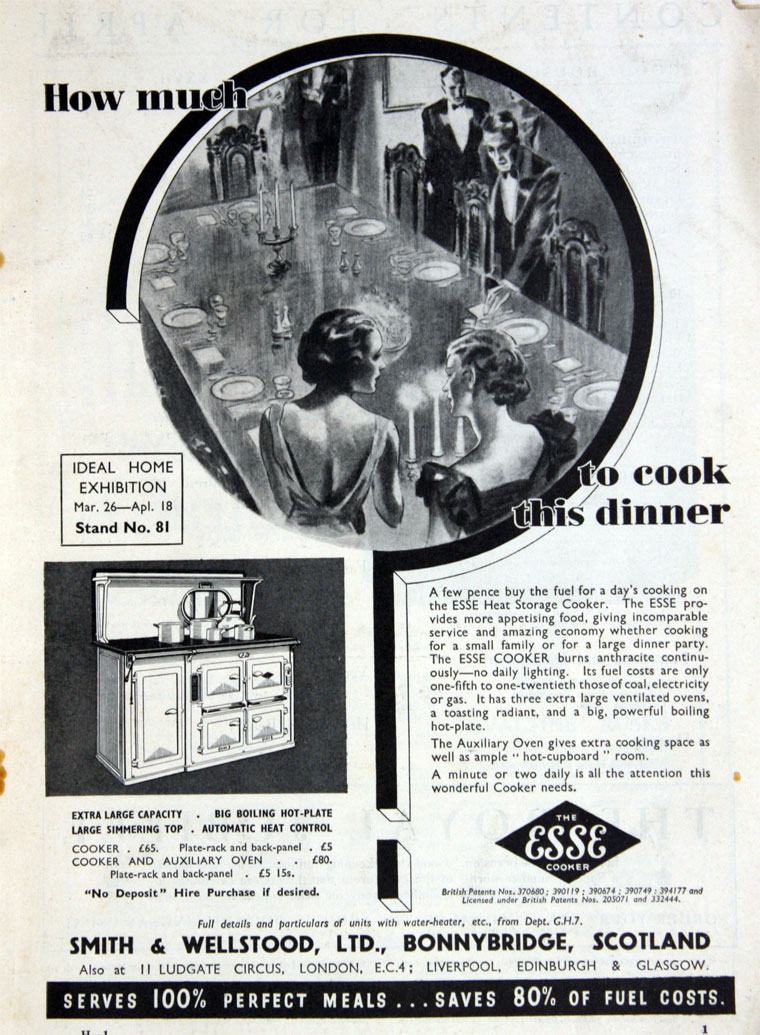 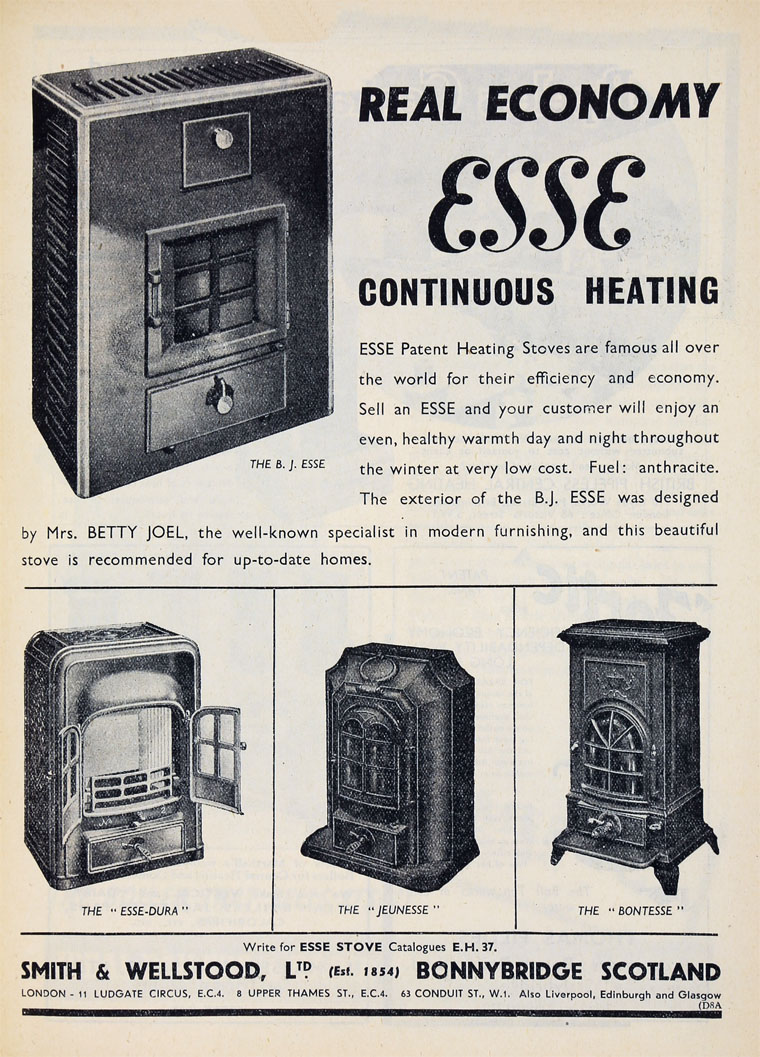 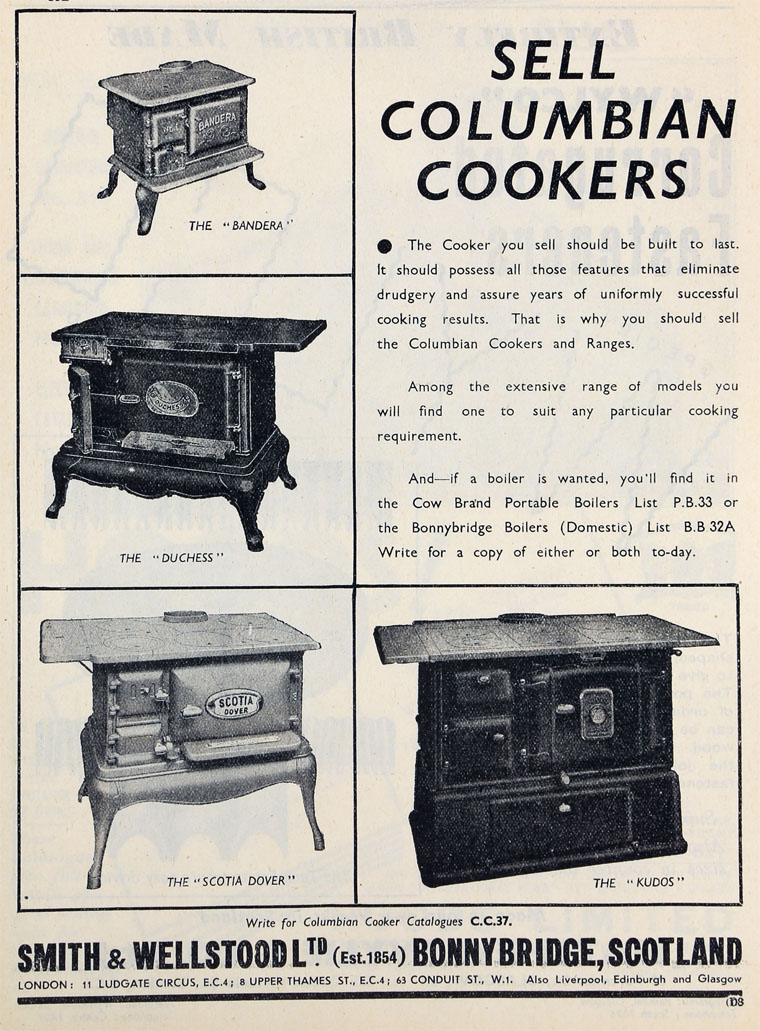 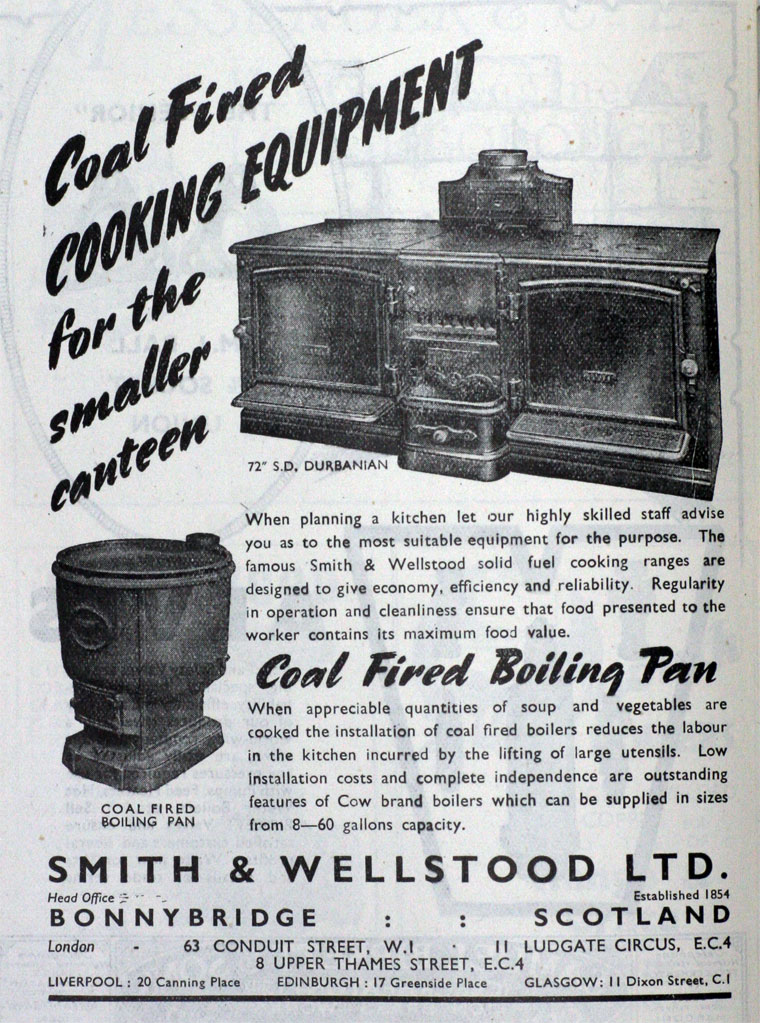 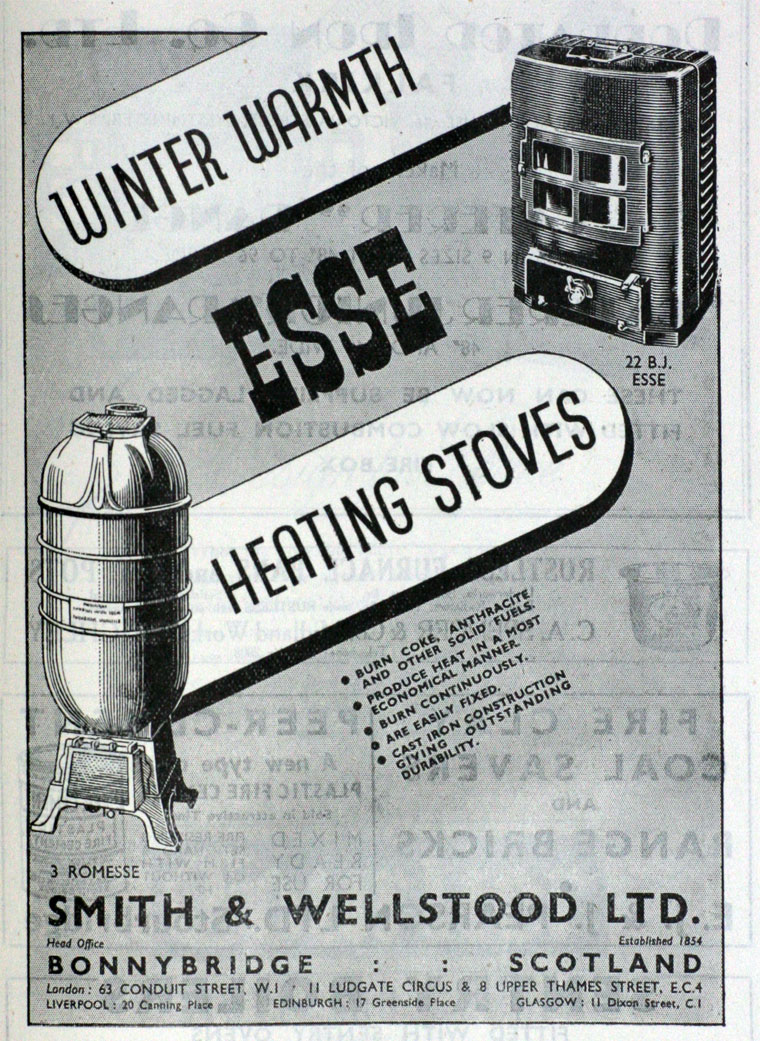 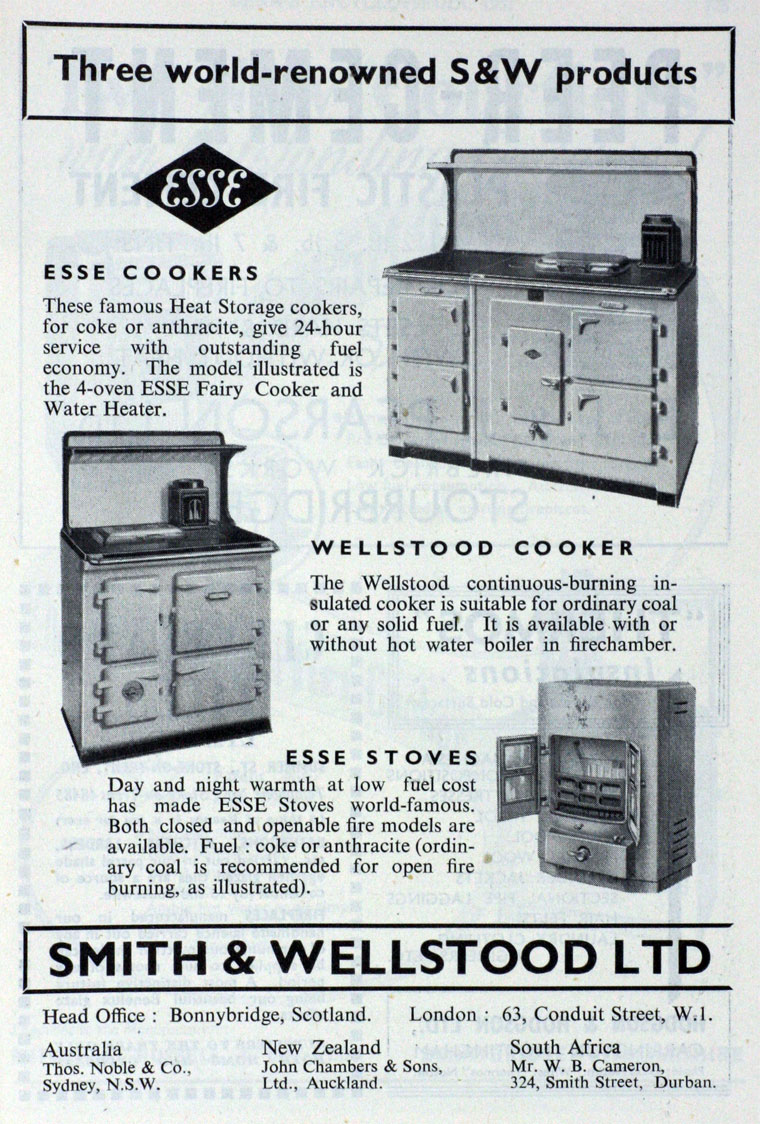 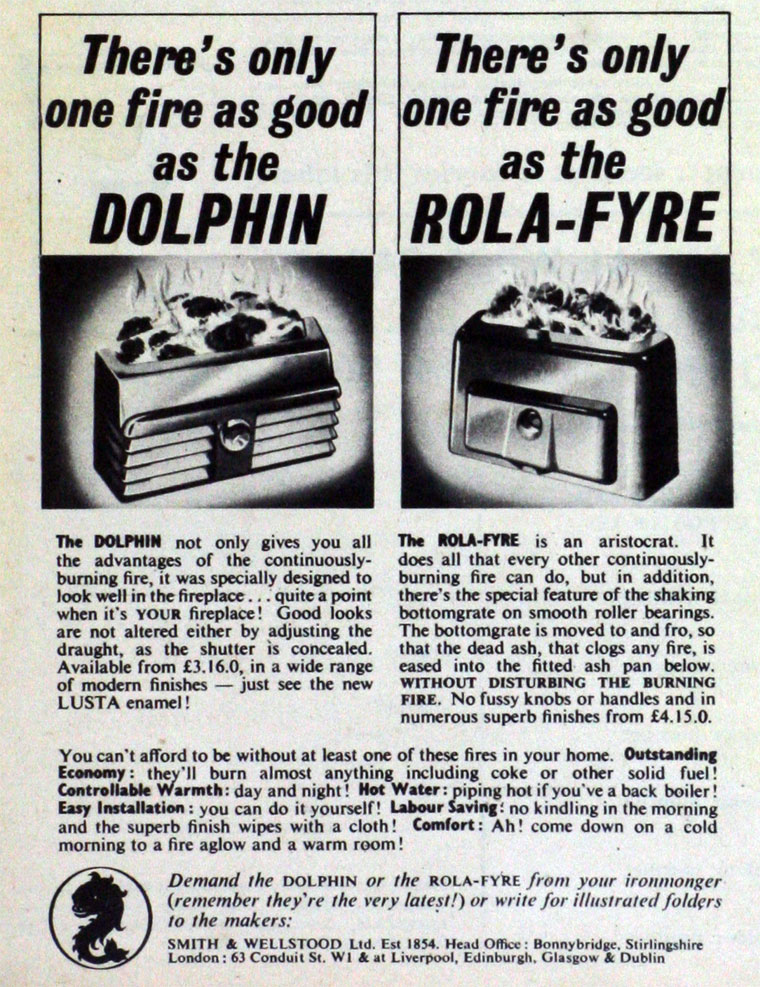 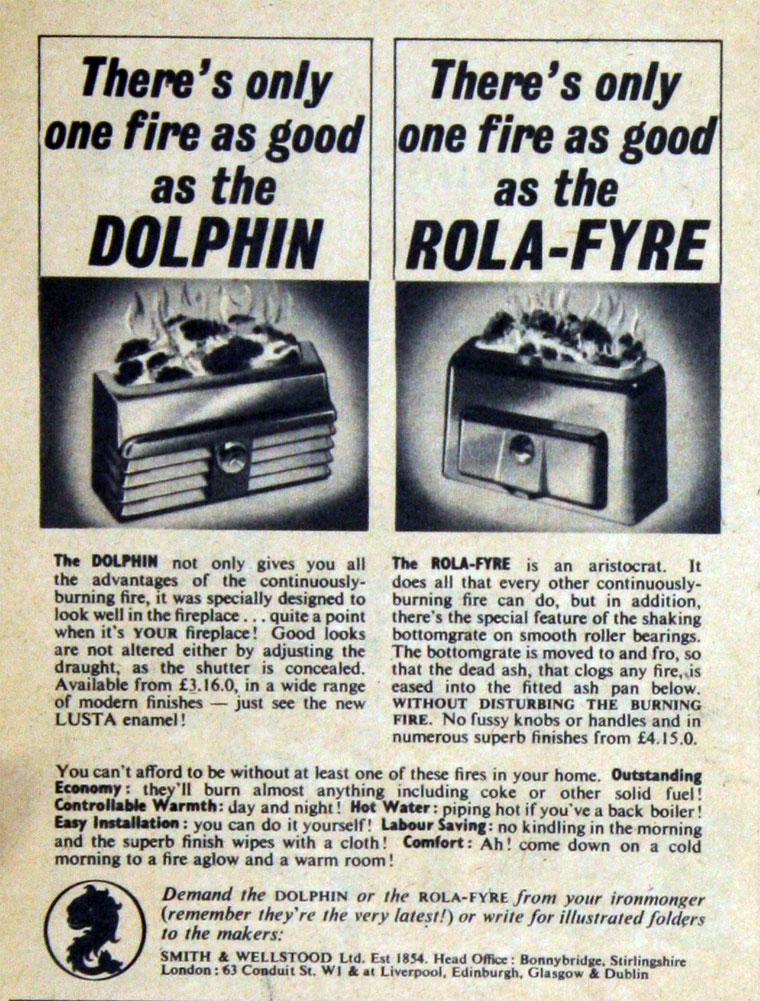 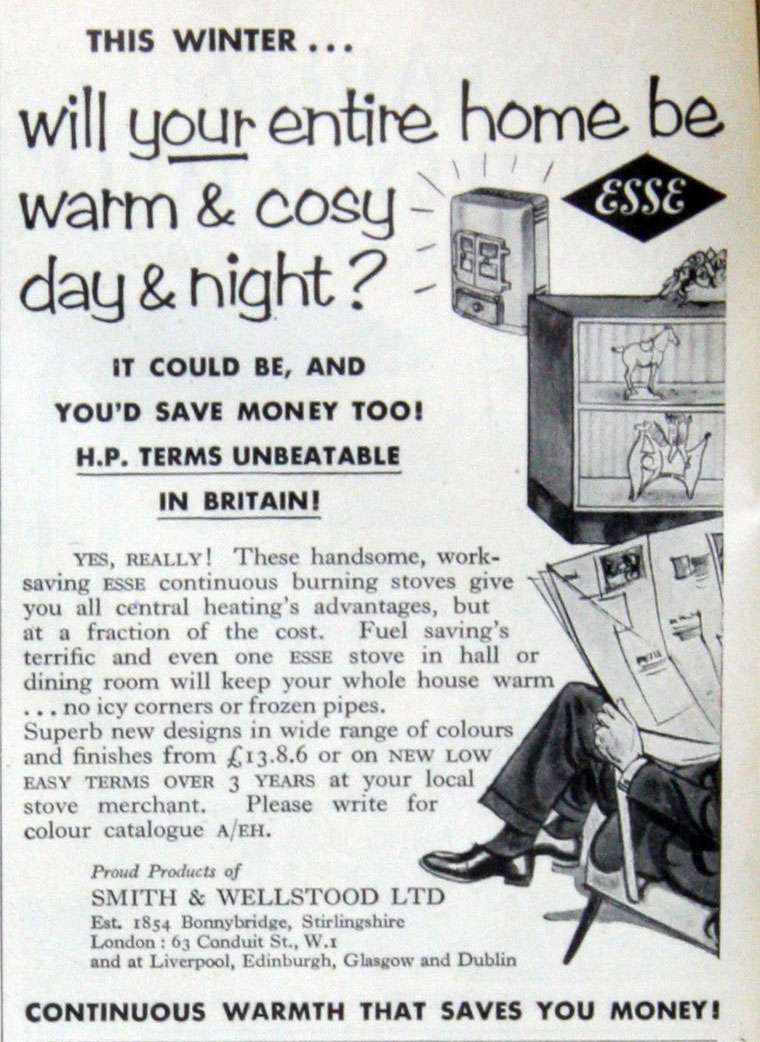 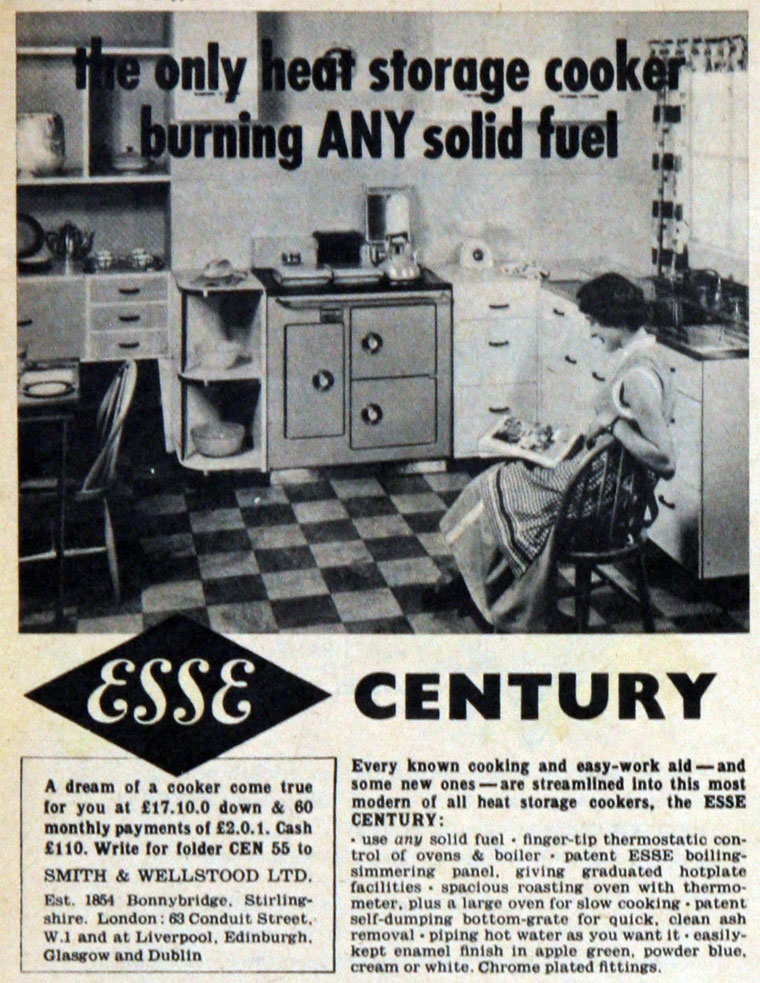 1854 Company founded as a retail hardware business in Glasgow.

In their early days, may have had castings made by Crosthwaite's Union Foundry at Camelon.

1860 George Ure opened his own foundry, the Columbian Stove Works, at Bonnybridge, with James Smith and Stephen Wellstood.

1864 Robert Dobbie became assistant manager of the Smith and Wellstood warehouse at Bonnybridge, and manager in 1867 after the retirement of Stephen Wellstood.

1869 Dobbie left Bonnybridge to set up an iron merchant's warehouse in Glasgow, called Dobbie and Rennie.

1873 Smith and Wellstood opened their own foundry.

1874 Smith and Wellstood took an action against Dobbie, Forbes and Co at Glasgow Sheriff Court for using their trademark 'Trafford' on ranges made by Dobbie, Forbes. The defendant was fined £500 costs and forbidden to use the trade mark.

1890 Amalgamated with George Ure and Co, taking over Columbian Stove Works in that year.

1903 George Albert Ure, a director of the company, gained his first (of many) patents, for a method of adapting anthracite and other self contained stoves to ordinary fireplace openings.

1947 After the death of the managing director, George Ure, the business changed hands.

1949 Smith and Wellstood was registered as a limited company.

1950 a new foundry was established in Johannesburg, which was sold in 1971 to a South African company.

1973 Smith and Wellstood Ltd were taken over by the Kent-based Dint Engineering Group.

1978 this became part of the Newman Industries Ltd Group.

The company went into receivership in 1984. The Ouzledale Foundry Co Ltd bought out the foundry and established the new company of Smith and Wellstood (1984) Ltd.

A good history of ESSE products is available online [3]