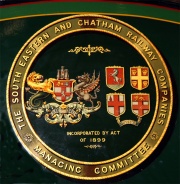 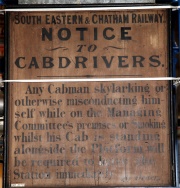 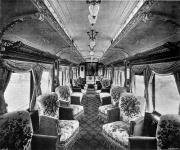 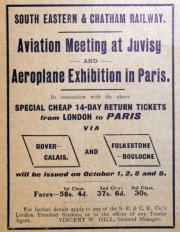 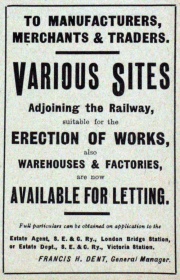 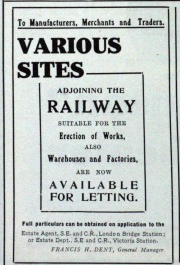 The South Eastern and Chatham Railway Companies were established on 1 January 1899, when two neighbouring rival railways, the South Eastern Railway (SER) and London, Chatham and Dover Railway (LCDR) formed a "managing committee" comprised of the directors of the two companies. Parliamentary sanction was finally obtained on 1 August 1899. This effectively merged the two companies (although in fact they remained independent until 1922: this was to avoid capital gains tax, stamp duty, etc. of a merger) with the receipts split 59% to SER and 41% LCDR.

The two companies had competed extensively over broadly the same area, reportedly with some of the bitterest competition ever seen between British railway companies. Many towns in Kent were thus served by both companies and were left with a legacy of two stations and multiple London termini (the prime destination of most passengers).

Although the 2 companies retained their separate identities, certain simplifications were made in the services. After some experiments, the teak colour of the LCDR was abandoned and all passenger vehicles painted claret, the colour of the SER.

Kirtley's final R-series of enlarged 0-4-4 tank engines formed the basis for the SE&CR's locomotive developments under Wainwright, not least because it was Robert Surtees from Longhedge who led design work for the successor organisation. The R series led to the SE&CR's R1 and subsequent H class; the Bs to the famous C class; and the Ms to the D and E classes, which in their rebuilt Maunsell form may have been the best British inside-cylinder 4-4-0s.

1901 The Sheppey Light Railway was opened from Queenborough to Leydown as an independent company (it was absorbed in 1905).

1903 Appreciating the potential advantage of electrification, the company obtained the necessary powers but raising the capital caused difficulties.

1919 It was decided to adopt a third and fourth rail DC electrification system at 3kV (1500V on the outer third rail and -1500V on the inner fourth rail). Power would come from a dedicated generating station at Angerstein Wharf. Routes planned for electrification were from Charing Cross, Cannon Street, Holborn Viaduct and Victoria. However this scheme did not come to fruition,[1] due to the proposals by the Electricity Commissioners for centralising the generation for London, including the needs of the railway companies. These proposals were finally accepted by the company in 1922.

1923 Became part of the Southern Railway