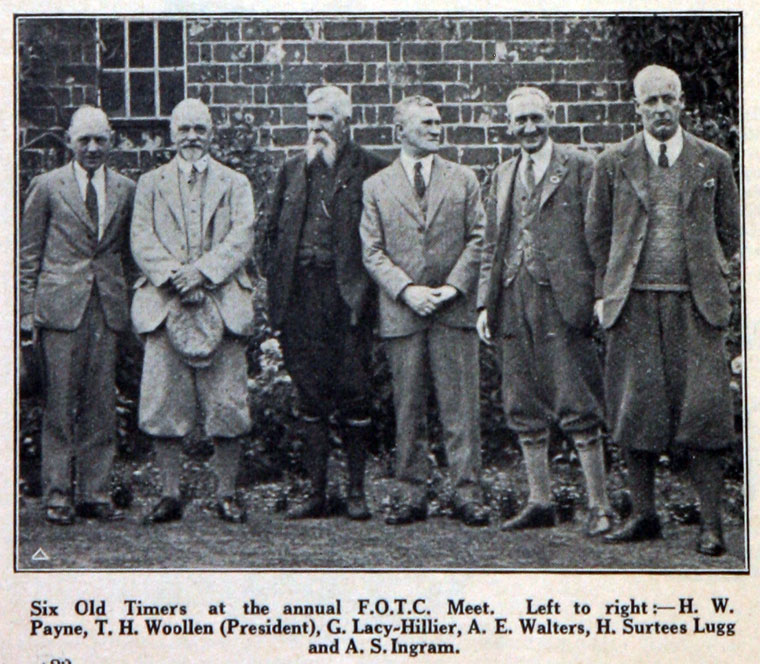 Thomas Henry Woollen was born in 1859 and received his technical education at Firth's College, Sheffield.

He was apprenticed with Leadbeater and Scott, steel manufacturers, and subsequently remained with this firm on the commercial side for a number of years.

After a period as Managing Director of The Jointless Rim Co., he was appointed General Manager of Clement Talbot Ltd. and Director of Palmer Tyres Ltd.

During the war he was concerned with production at the Ministry of Munitions, and thereafter joined the Society of Motor Manufacturers and Traders Ltd. as Head of the Standards Department.

One of his greatest services to the automobile industry was undoubtedly the establishment of rim standards for motor cars, motor cycles and pedal cycles, and of tyre valve standards for cars. He retired from active participation in the Industry in 1933. His interest in the Institution dates from its earliest history, since he was one of the founders of the original Cycle Engineers' Institute in Birmingham, and was President of that body for the session 1900/1901. On the establishment of the I.A.E. in London he became a Member of its first Council, and subsequently served thereon for upwards of 24 years.