Grace's Guide is the leading source of historical information on industry and manufacturing in Britain. This web publication contains 137,416 pages of information and 221,179 images on early companies, their products and the people who designed and built them. 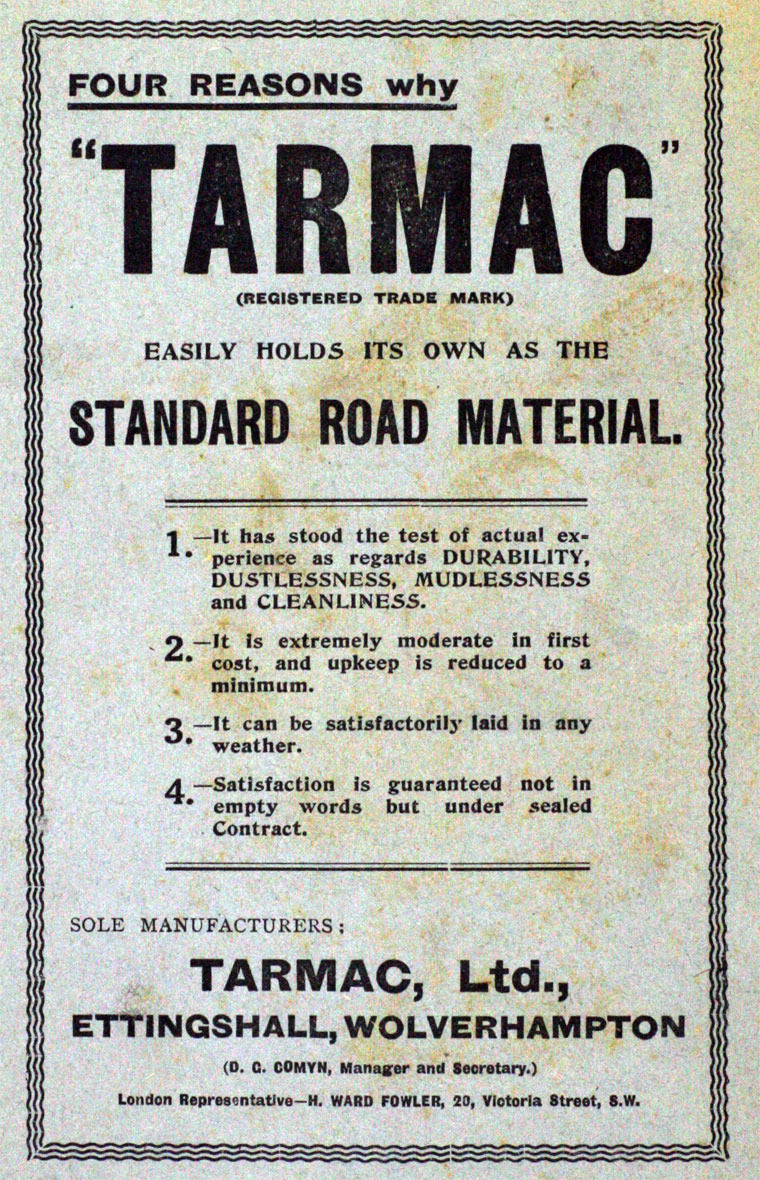 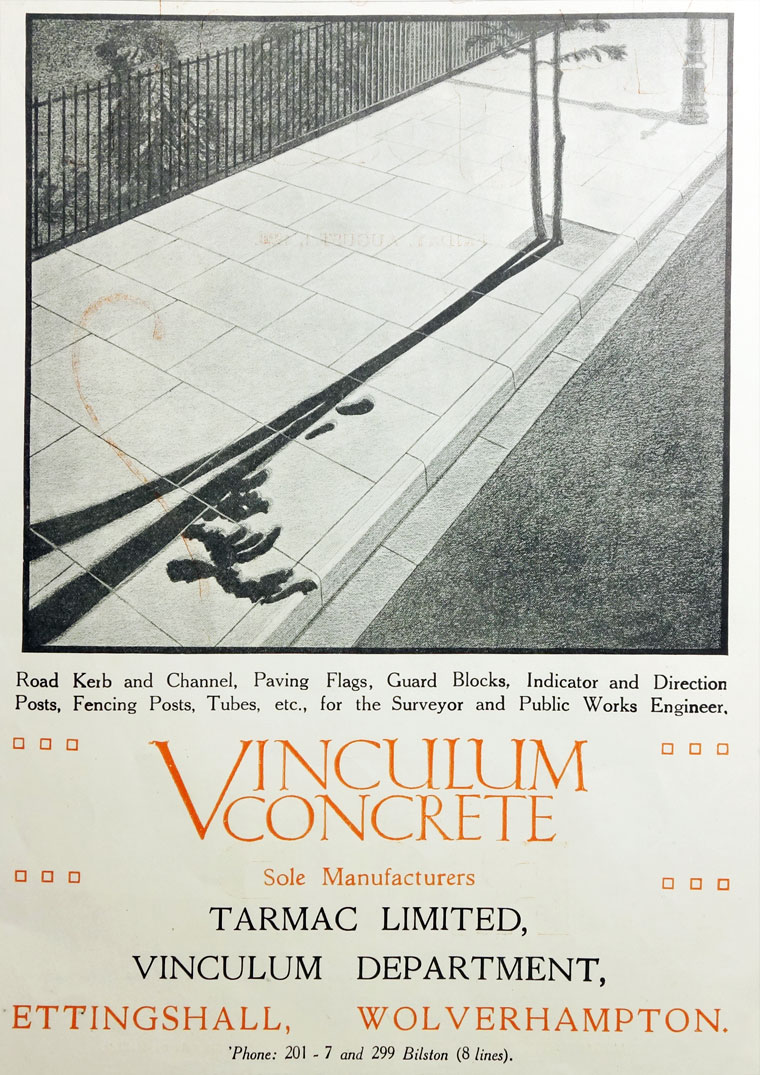 1901 On a road near Denby ironworks in Derbyshire, the county surveyor of Nottingham, Edgar Purnell Hooley, noticed a barrel of tar had fallen from a dray and burst open. To avoid a nuisance, someone from the ironworks had thoughtfully covered the sticky black mess with waste slag from nearby furnaces. Hooley noticed that the patch of road, which had been unintentionally re-surfaced, was dust-free and had not been rutted by traffic.

1902 He set to work and obtained a British patent for a method of mixing slag with tar, naming the material Tarmac.

1903 By June, Hooley formed the TarMacadam Syndicate Limited, the origin of what is now known as The Tarmac Group, the UK's leading supplier of building materials.

1905 The name of company changed to Tarmac Ltd.

1914 Problem keeping up with demand; extensions at Ettingshall and Denby works; new works being constructed at Middlesbrough adjacent to the furnaces of the North Eastern Steel Co; contracts agreed with several more county authorities[1]

1925-1926 The road fund report showed that 190 miles of arterial roads had been completed including the Kingston by pass - the first dual carriageway of its kind.

1930 Machines were gradually being introduced into quarries, replacing jobs that were previously done by hand. Excavators were used to load stone into steam trains.

1935 The method of delivering tarmac changed from railways to roads and the company switched from the classic but cumbersome Sentinel Steam Wagons to lighter motor lorries.

WWII When the tide of World War II turned Tarmac was asked to complete a special rush job, widening and strengthening miles of roads in the south of England ready to carry D-Day's invasion traffic to the coast.

1956 Tarmac won a most significant contract to surface the eight mile long Preston Bypass, which later became the M6 Motorway - the first motorway to be built in Britain.

1959 Tarmac bought Crow, Catchpole and Co (a tar distillers and their main competitor in the South of England)[2].

Bought Tarslag, a major Midlands-based road materials company, giving Tarmac their first owned quarry (prior to this their product had been based almost entirely on crushed steelworks slag).

1964 The 7 T's symbol of Tarmac was introduced and ten years later was voted one the world's top trade marks.

1969 Tarmac Derby sold its interest in Baird and Tatlock (London) to G. D. Searle and Co of the U.S.A

1976 Acquired Holland and Hannen and Cubitts, and Thomas Lowe and Sons[4]

Tarmac built the Thames barrier in conjunction with Costain and Hollandsche Beton Maatschappij. It was opened by the Queen in 1984.

c.1988 Acquired Ruberoid Co after a battle for the shares[7]