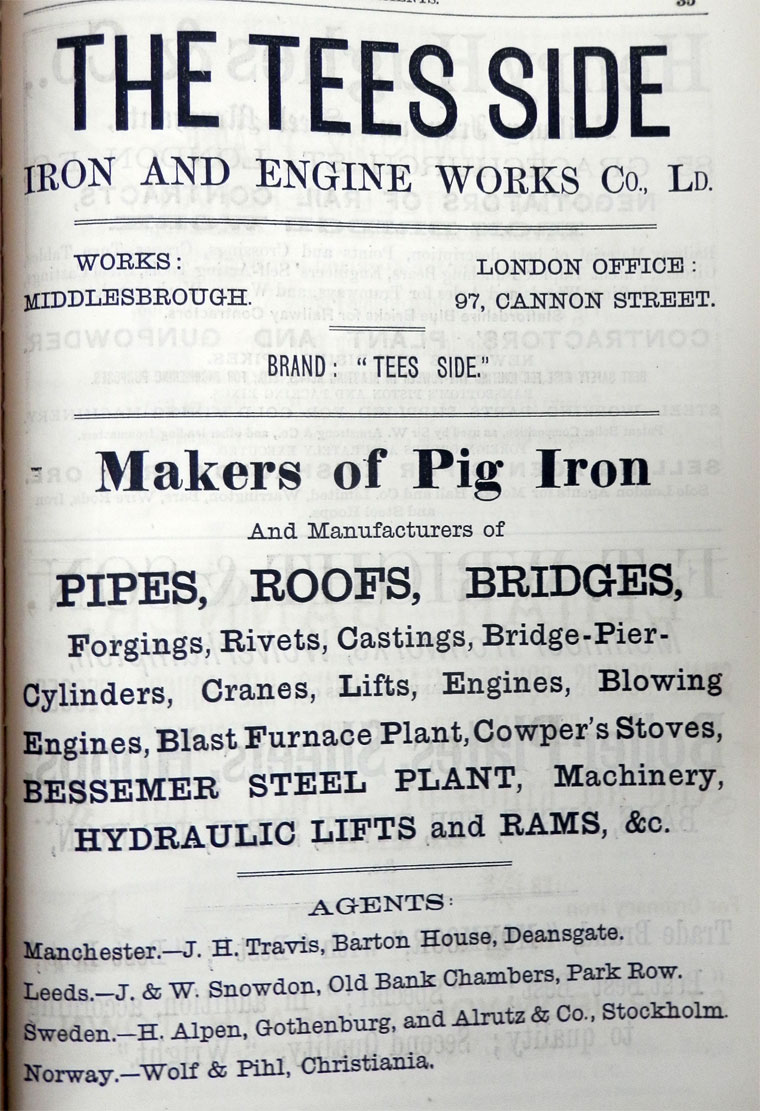 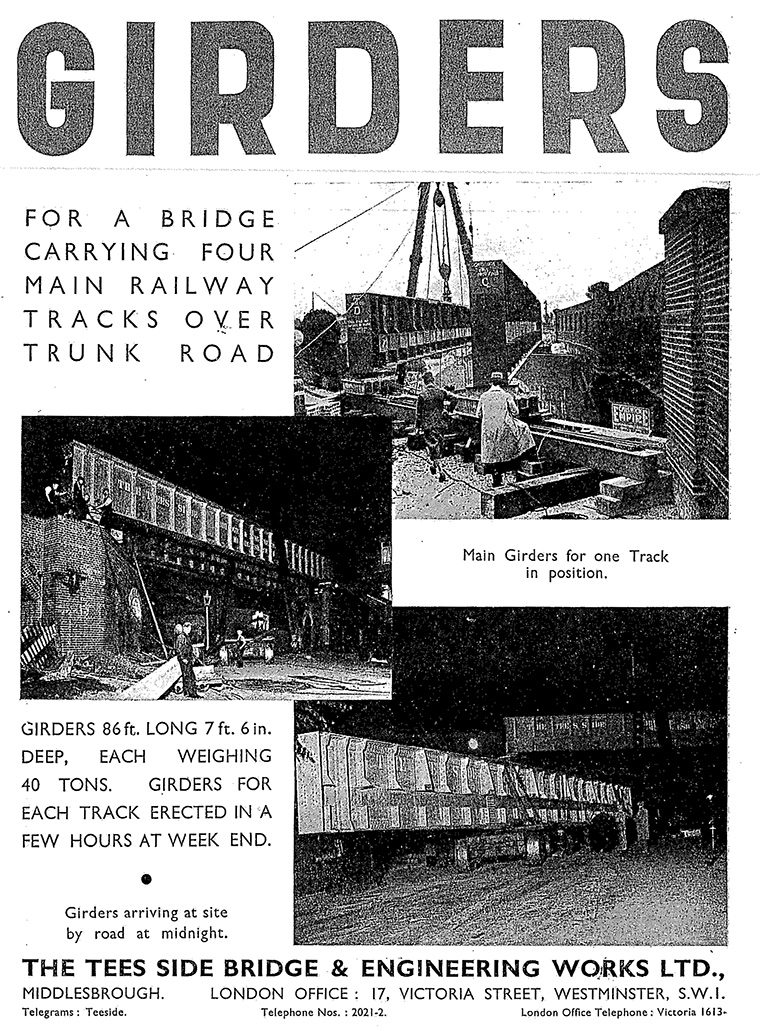 Makers of pipes, roofs and bridges. Works based at Middlesbrough. London office at 97 Cannon Street.

1844 Tees Side Engine Works was started in Middlesbrough by Edgar Gilkes and Isaac Wilson who established the company of Gilkes, Wilson and Co

For some years the firm assisted Messrs. Robert Stephenson and Co. in making the locomotives used in the North of England.

1875 Hopkins, Gilkes and Co, of the adjoining Teesside Ironworks, ceased construction of locomotives and changed the company name to Teesside Iron and Engine Works Co.

1877 Teesside Engine Works, of Hopkins, Gilkes and Co, were engineers and ironfounders; recent work had included heavy viaducts including the Tay Bridge and other bridges, such as on the Bombay and Baroda Railway and across the River Wear[1]

c.1888 Teesside Iron and Engine Works Co made and erected the roofing of the melting furnaces and mills at Consett Iron Works, and the bar bank skidding gear[2].

1896 Westgarth, English and Company became Sir Christopher Furness, Westgarth and Company, and acquired the works of the Tees Side Iron and Engine Works Company, of Middlesbrough.