Grace's Guide is the leading source of historical information on industry and manufacturing in Britain. This web publication contains 137,482 pages of information and 221,873 images on early companies, their products and the people who designed and built them. 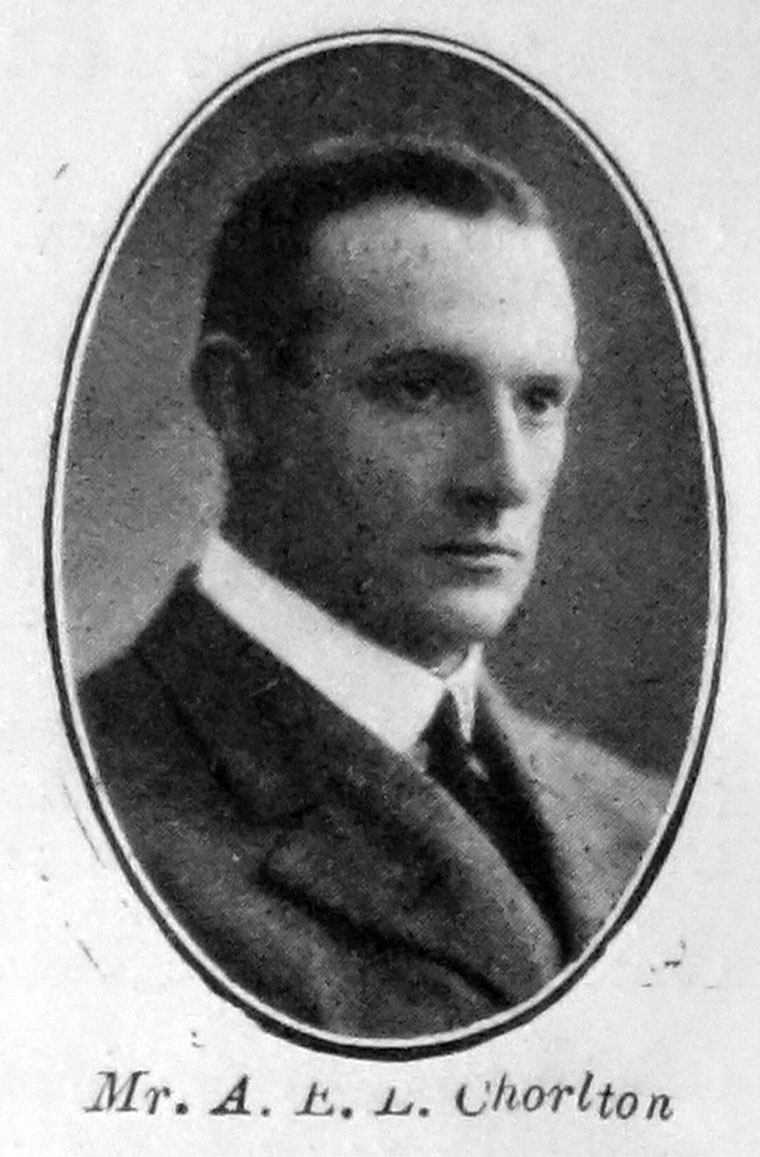 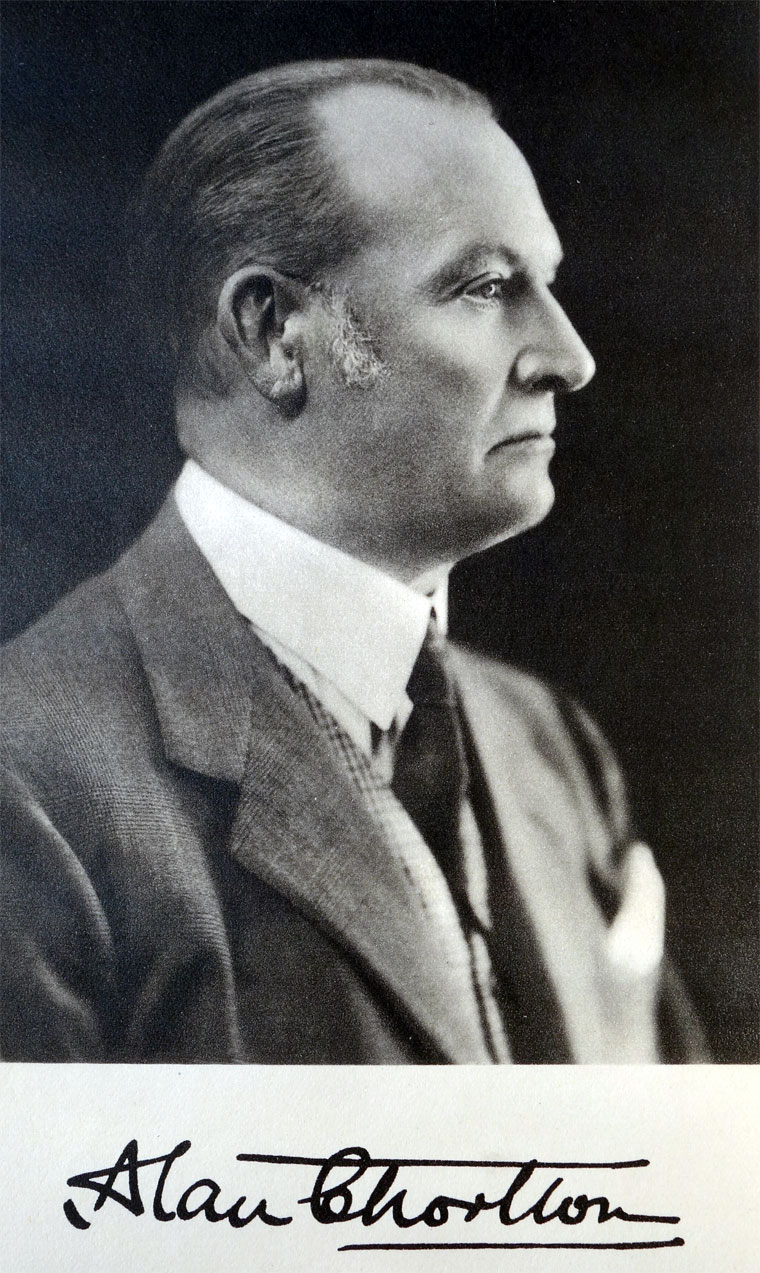 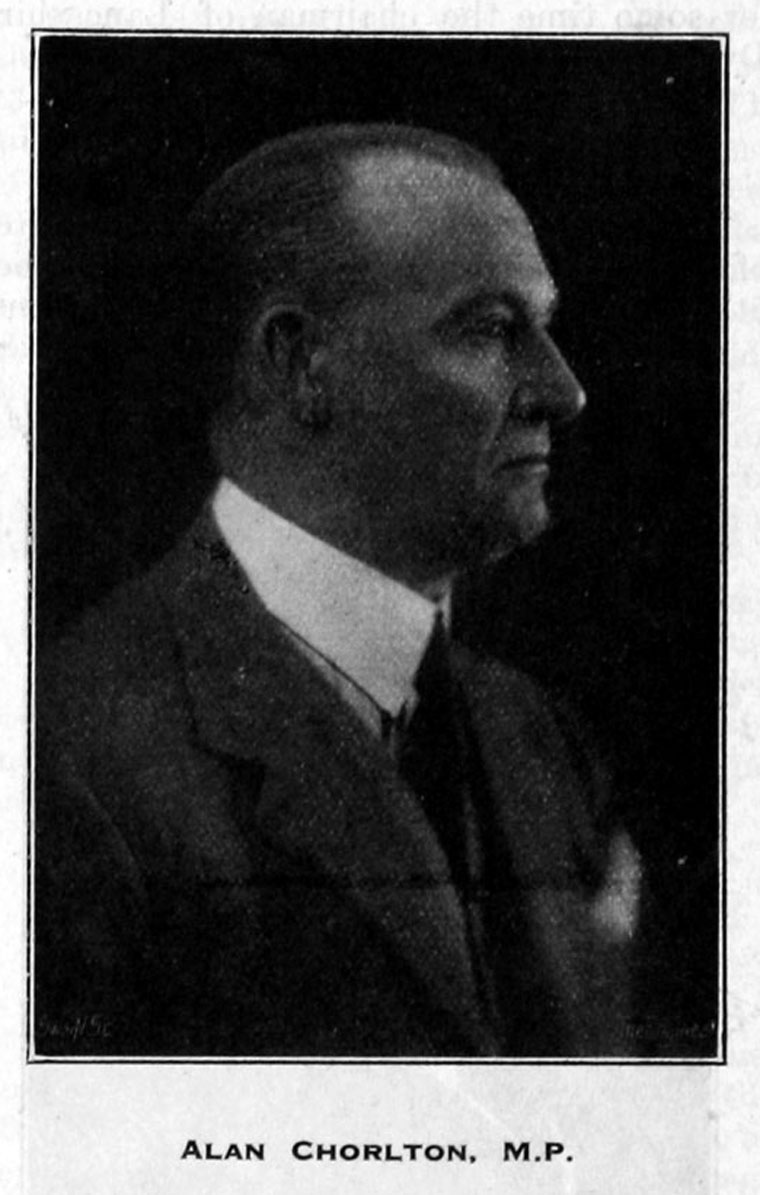 THE mechanical engineering profession has lost one of its outstanding members by the death, on Sunday, October 6th, in St. George's Hospital, following a sudden illness, of Mr. Alan E. L. Chorlton, of 55, Lower Belgrave Street, Eaton Square, London, S.W.1. He was seventy years of age and was active until the last.

Alan Ernest Leofric Chorlton was born at Audenshaw, near Manchester, and was the son of the late Mr. Thomas Chorlton, a well known Manchester solicitor. He was educated privately and continued his technical studies at the Manchester Technical School and Victoria University. He was apprenticed to Mather and Platt, Ltd., and worked at the firm's Newton Heath and Salford Ironworks, and afterwards at the new Park Works.

At the age of twenty-four the late Mr. William Mather sent him to Russia in order to report on a project for plant at a large textile factory, and later he returned to Russia to install it. His work at Mather and Platt, Ltd., gave him that interest in the design and manufacture of turbine pumps and oil and gas engines which he retained throughout the remainder of his life. His work on the subject of pumps is well described in a paper he read in 1917 before the Institution of Mechanical Engineers on "Notes on the Construction of Turbine Pumps."

He was also actively concerned with the design and development of the Mather and Platt gas engine.

From 1913 until 1918 he was associated with the Lincoln firm of Ruston and Proctor on oil engine and pump work. During those war years Mr. Chorlton served on the Inventions Committee under the late Lord Fisher and was appointed Deputy Controller of Aero-Engines. He also served on the Banker' Committee. In 1917 he was awarded the C.B.E.

In 1918 he joined the late Mr. William Beardmore, who later became Lord Invernairn, in the firm of William Beardmore and Co., Ltd., and had charge of that company's high-speed oil engine and its development for rail traction, aeroplane and airship work. In designing, testing and putting to work the many examples of Beardmore high-speed oil engines he found an outlet for his inventive genius. In railway traction we may recall the 500 b.h.p. engines built for L.M.S. railway oil-electric vehicles and the large locomotive designed to haul 3000 tons he constructed for the Canadian National Railways.

He was also associated with the building of the Beardmore-Rohrbach all-metal aircraft, for which he designed an inverted high-speed aero-engine to use heavy oil fuel. He also designed and built the engines for the ill-fated "R101", airship, which crashed in France on her voyage to India. Those engines were six-cylinder units with a bore of 8.25in and a stroke of 13in, giving an output of about 650 b.h.p. at 1000 r.p.m.

Mr. Chorlton was an active member of many institutions, both in this country and abroad, and in his frequent papers a full account of his work will be found. He was a valued member of the Institutions of Civil, Mechanical and Electrical Engineers, and the American, French and German engineering institutions, and was also a member of the Manchester Association of Engineers and a Fellow of the Royal Aeronautical Society.

In 1933 Mr. Chorlton was elected President of the Institution of Mechanical Engineers, and in his address he touched upon the subject of water supply and the advantages of a water "grid," a project to which, in his later years, he gave much attention.

From 1931 to 1935 he represented as a Unionist member the Platting Division of Manchester, and from 1935 to 1945 the Bury Division in Parliament. He became an active member of the Parliamentary and Scientific Committee and worked hard for the furthering of all engineering interests.

In his later years he was a director of many industrial companies, including Kendall and Gent, Ltd., and Smethwick Drop Forgings, Ltd. He was chairman of Mandelberg, Ltd., and of Edward Wood and Co., Ltd., and was for some time the chairman of Lancashire Dynamo and Crypto, Ltd.