Grace's Guide is the leading source of historical information on industry and manufacturing in Britain. This web publication contains 148,550 pages of information and 233,969 images on early companies, their products and the people who designed and built them. 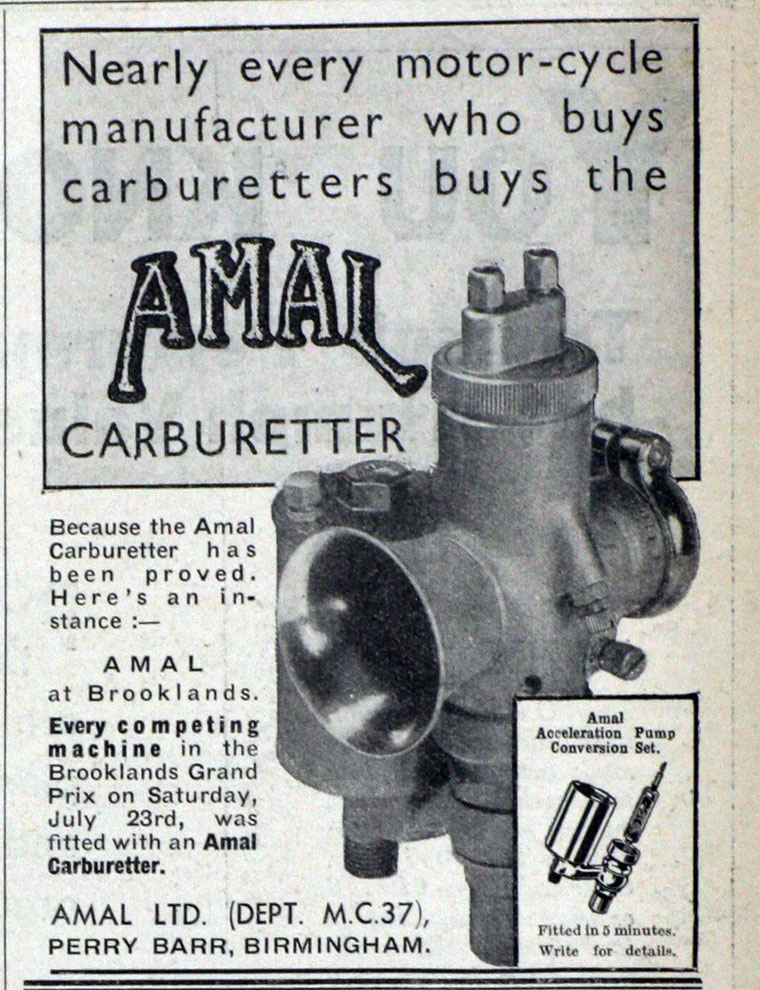 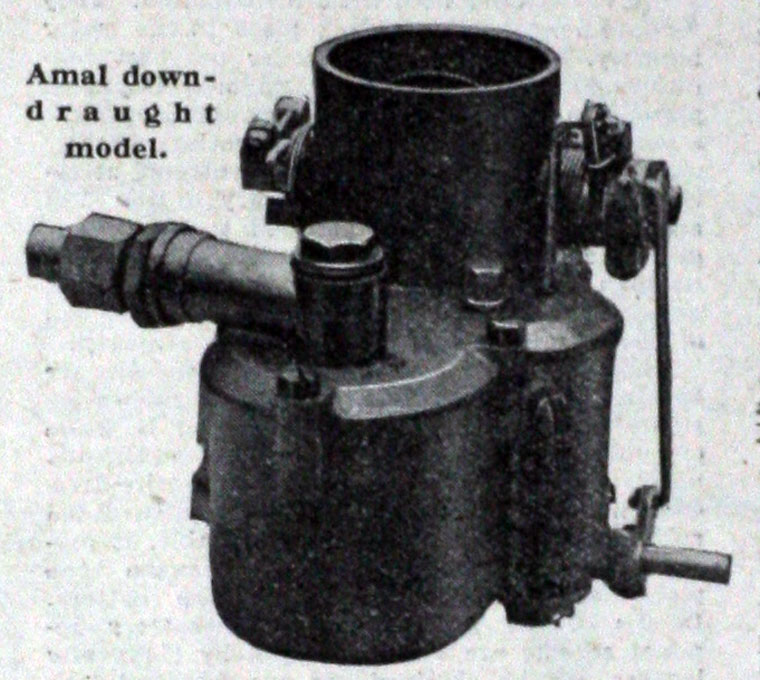 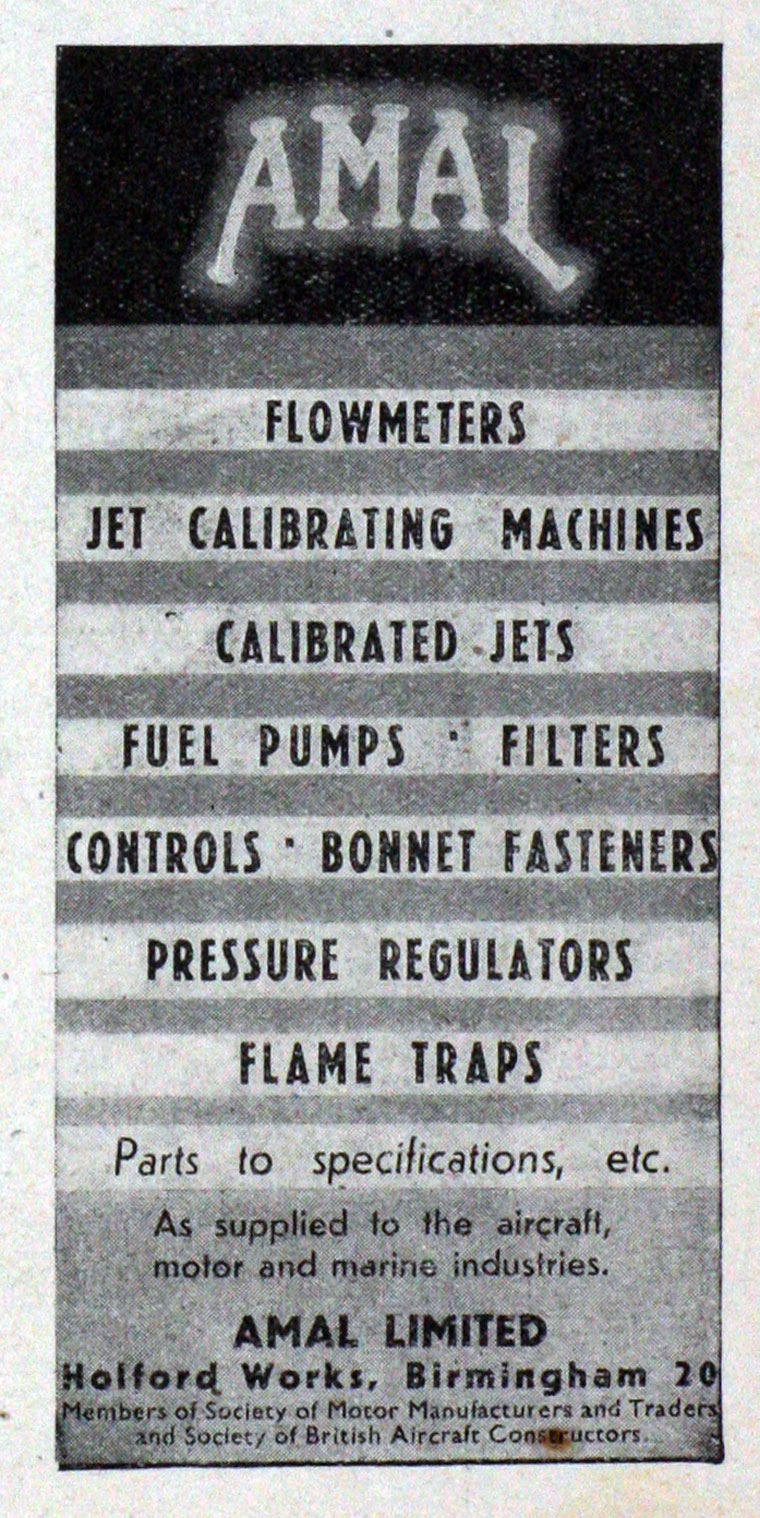 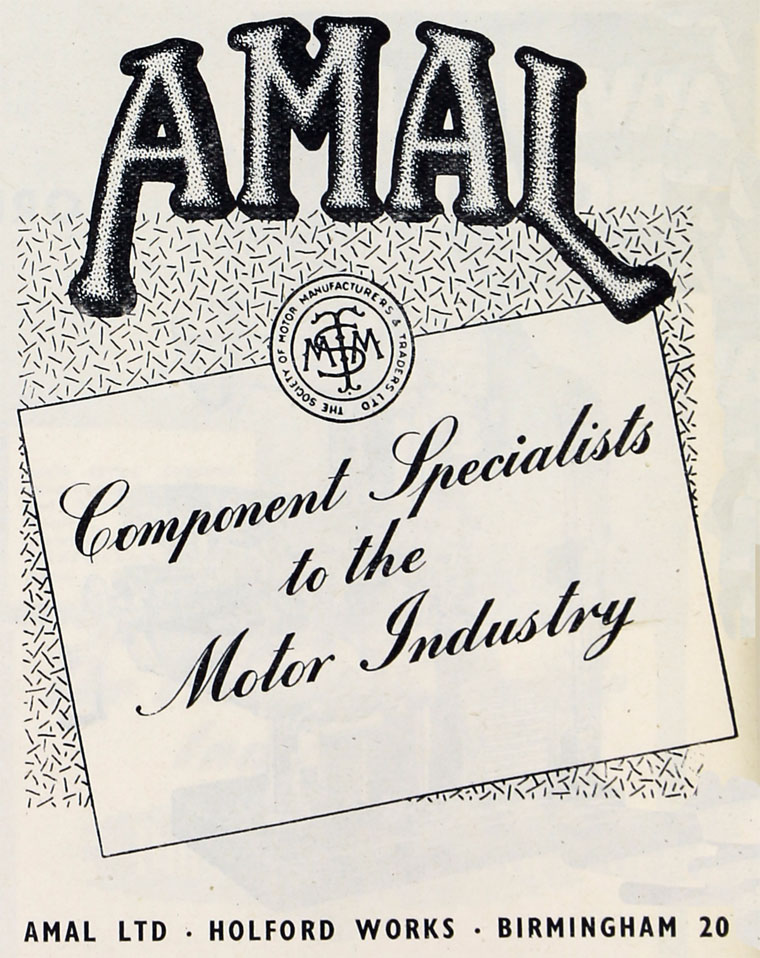 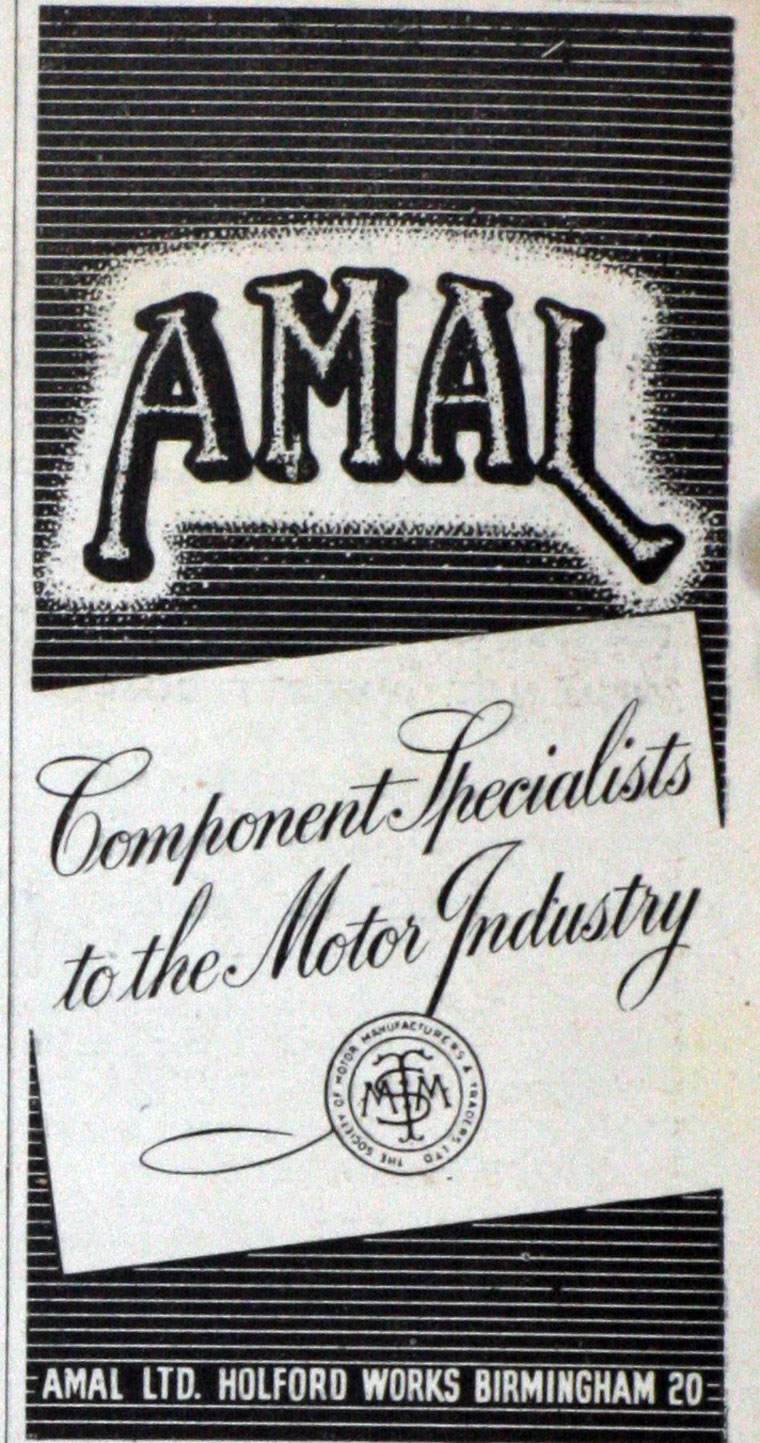 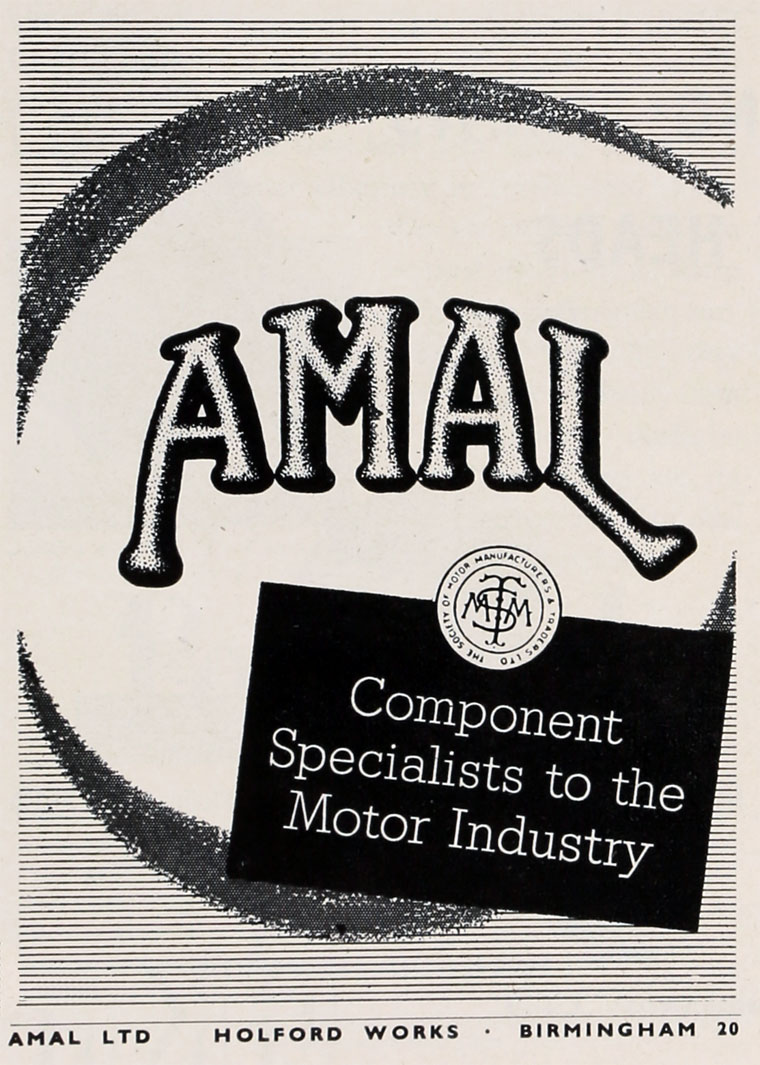 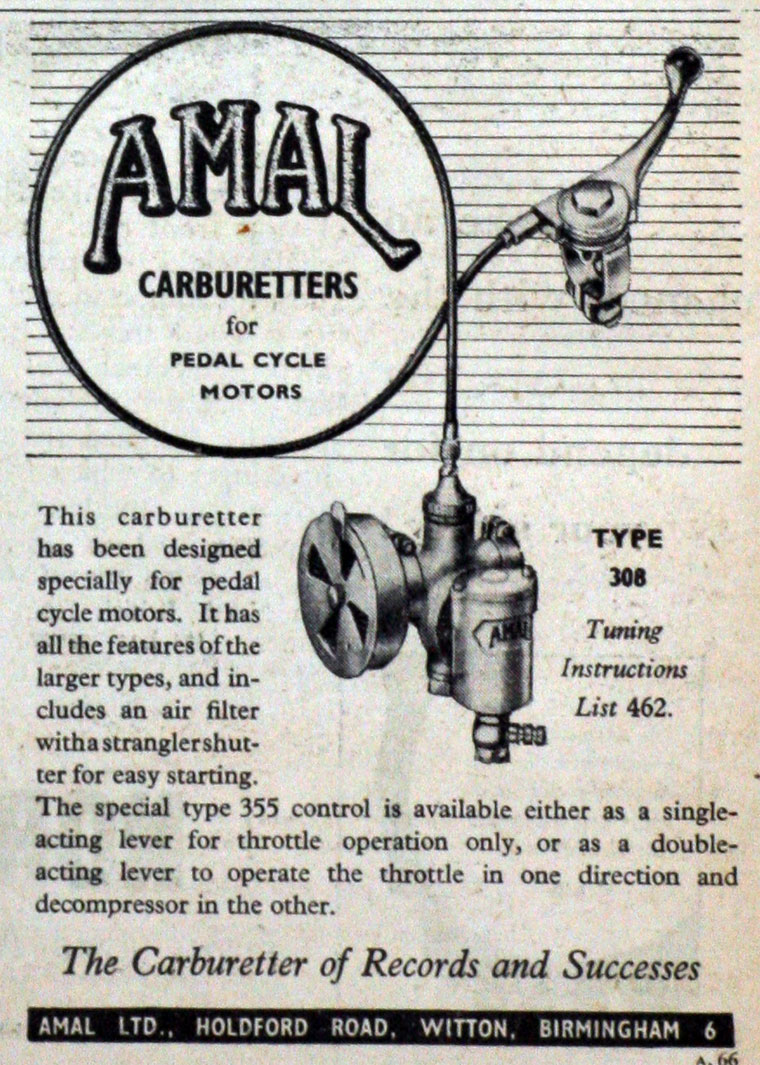 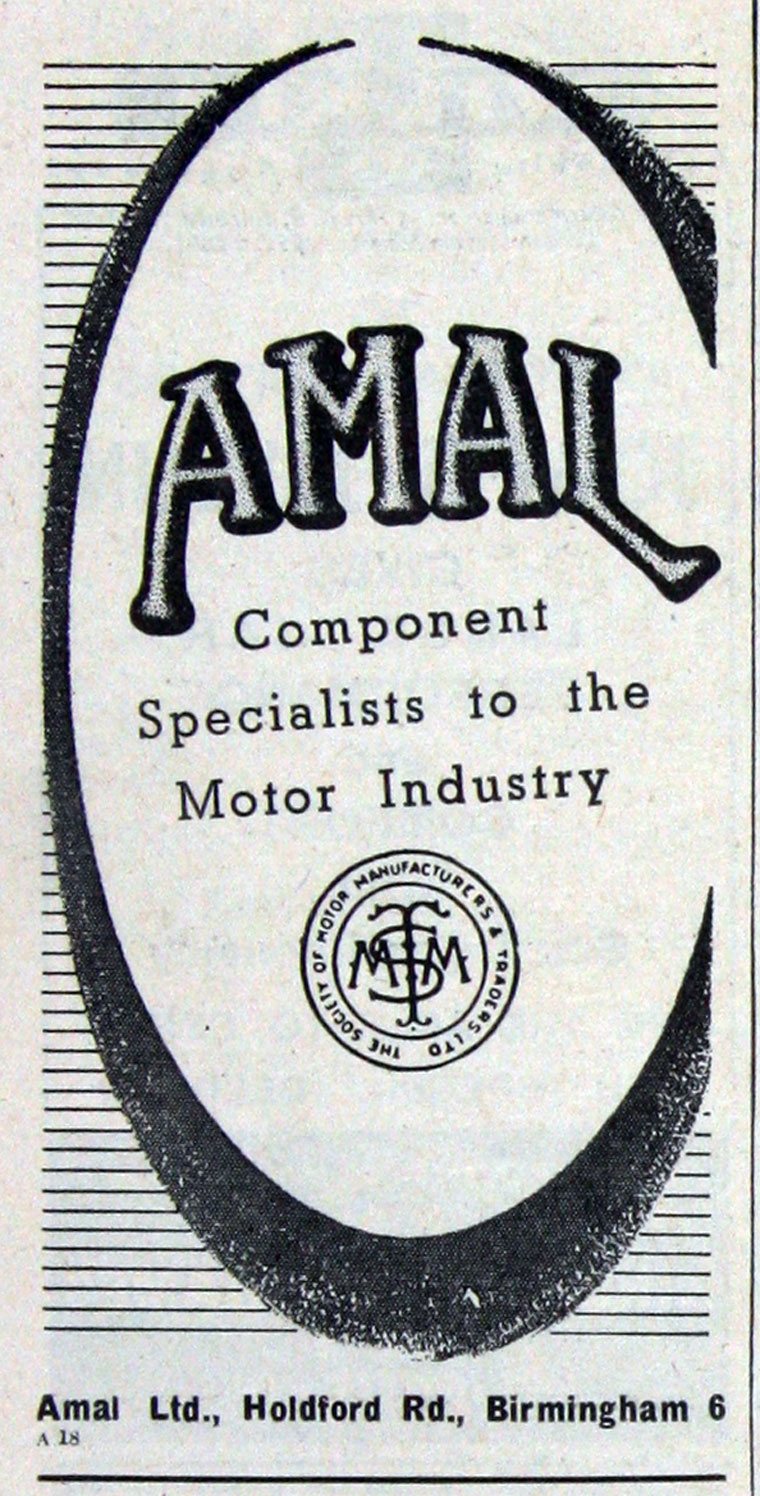 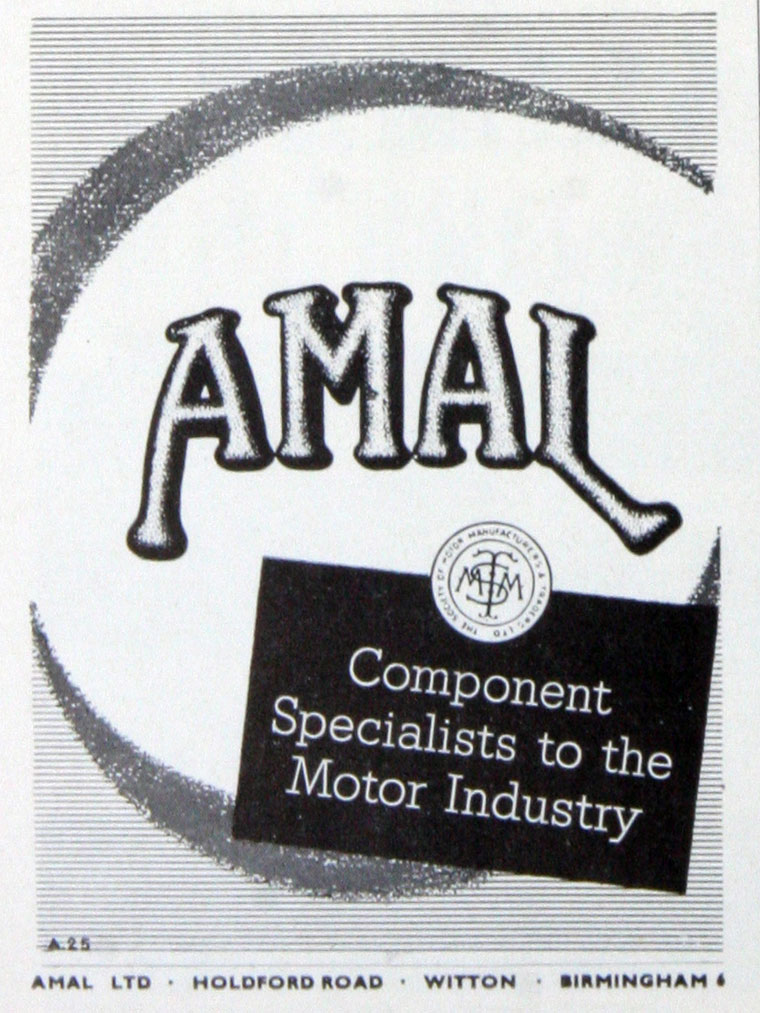 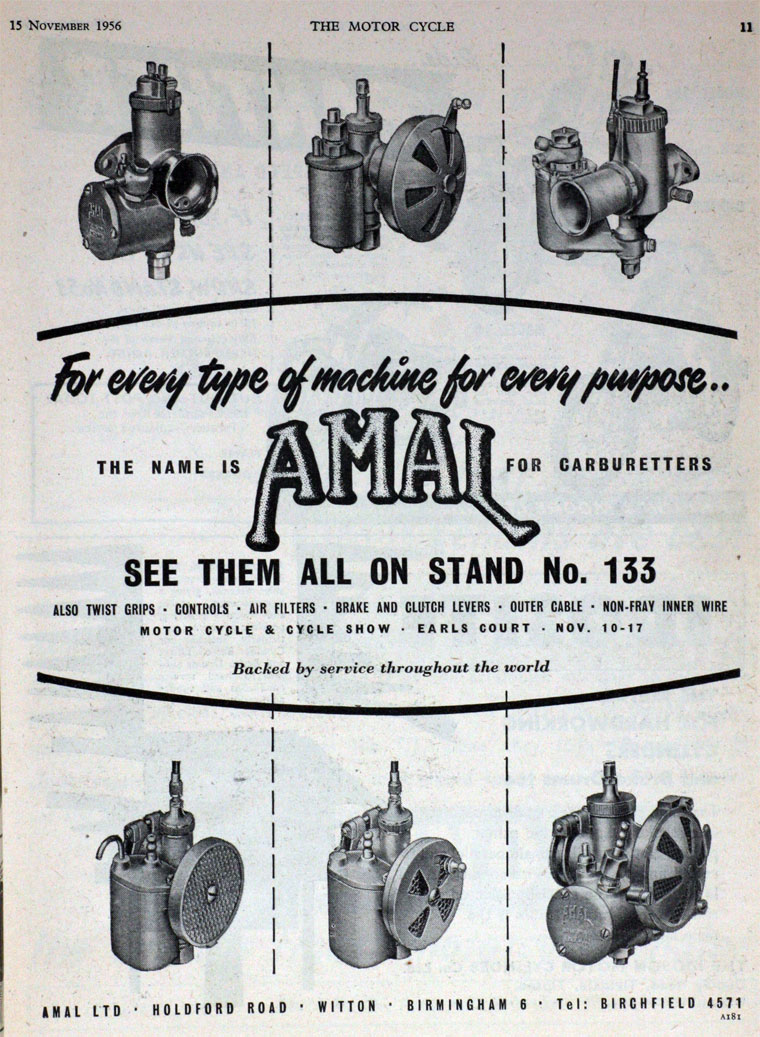 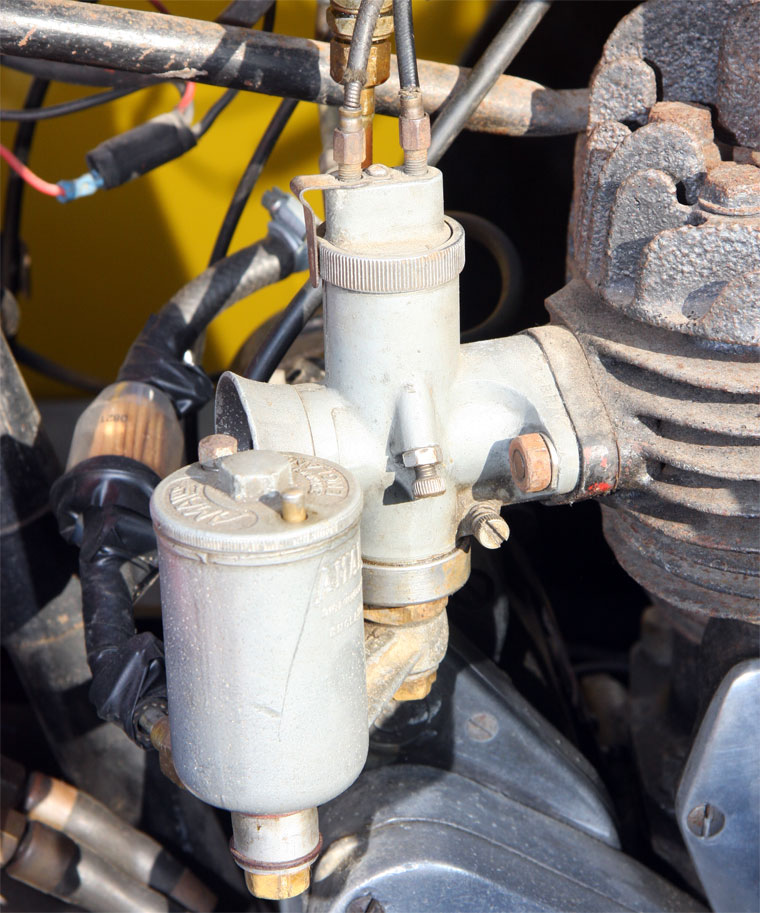 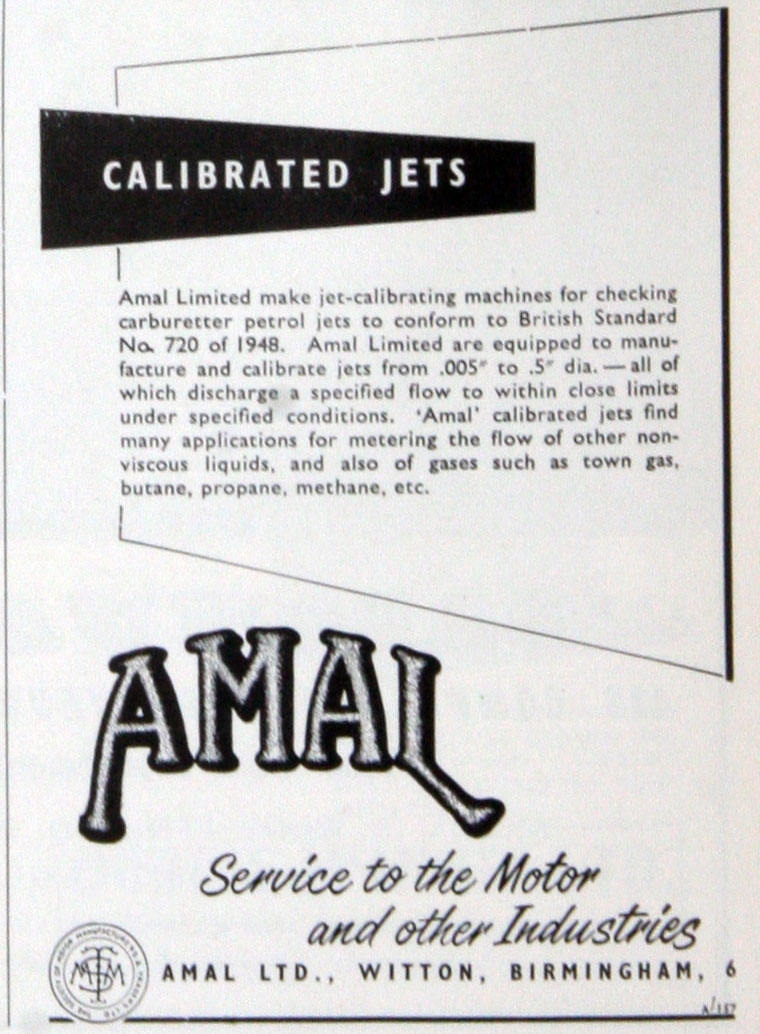 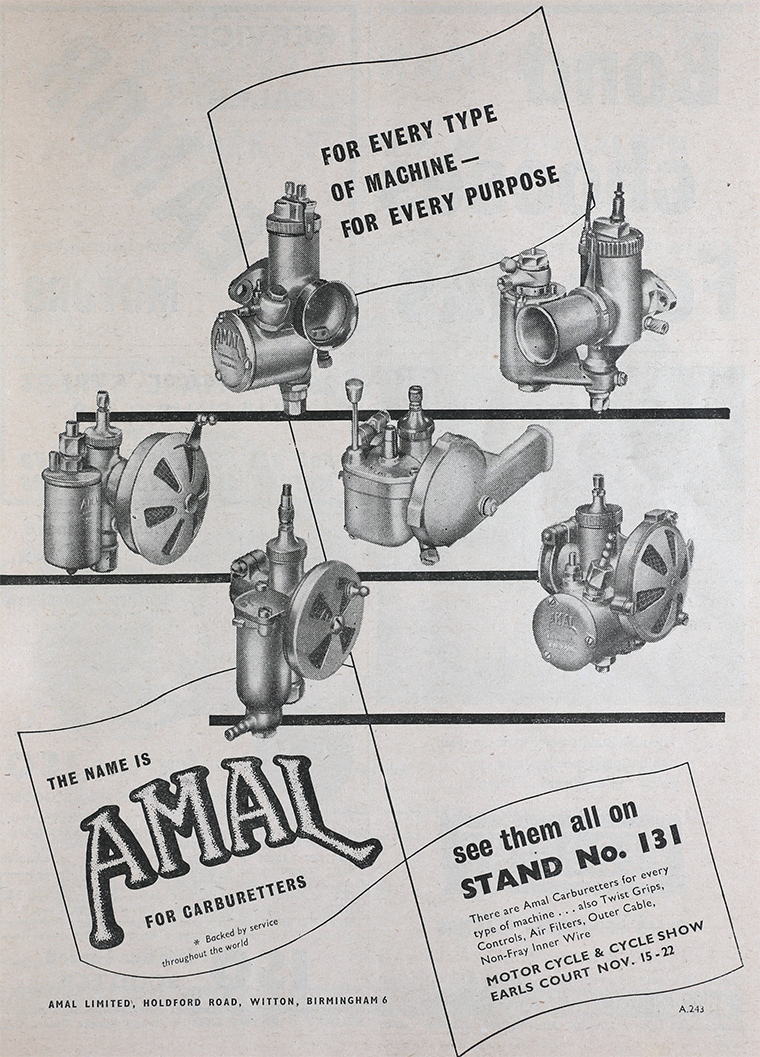 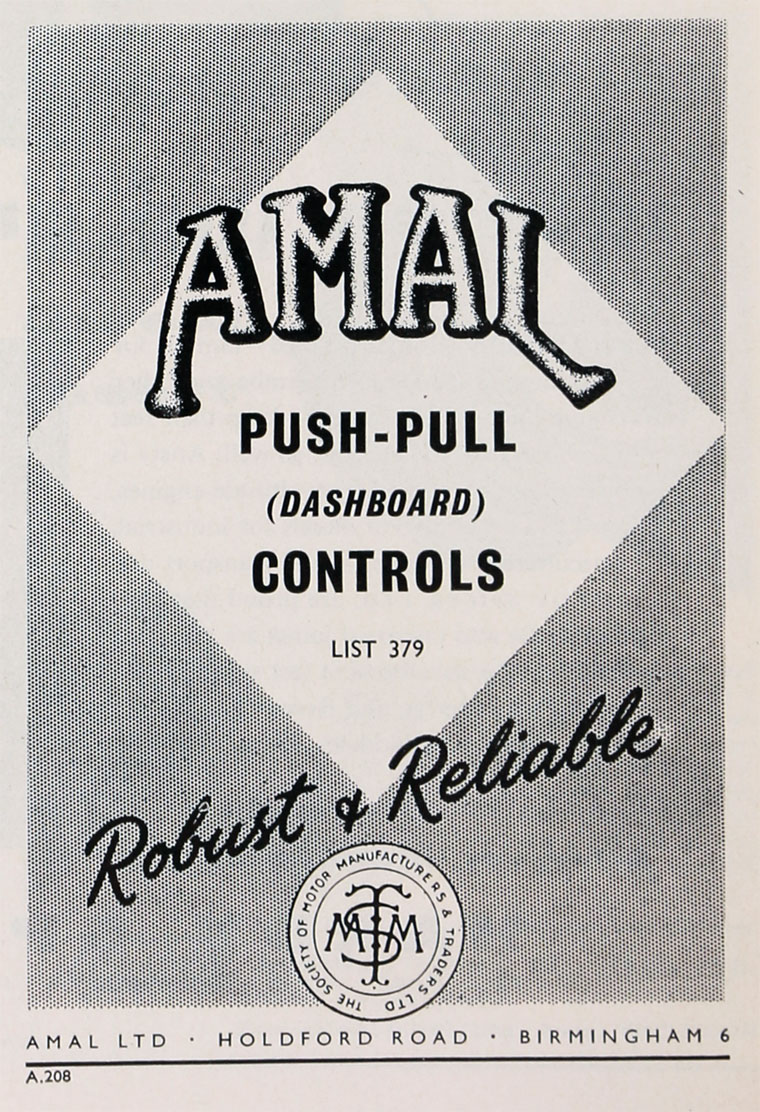 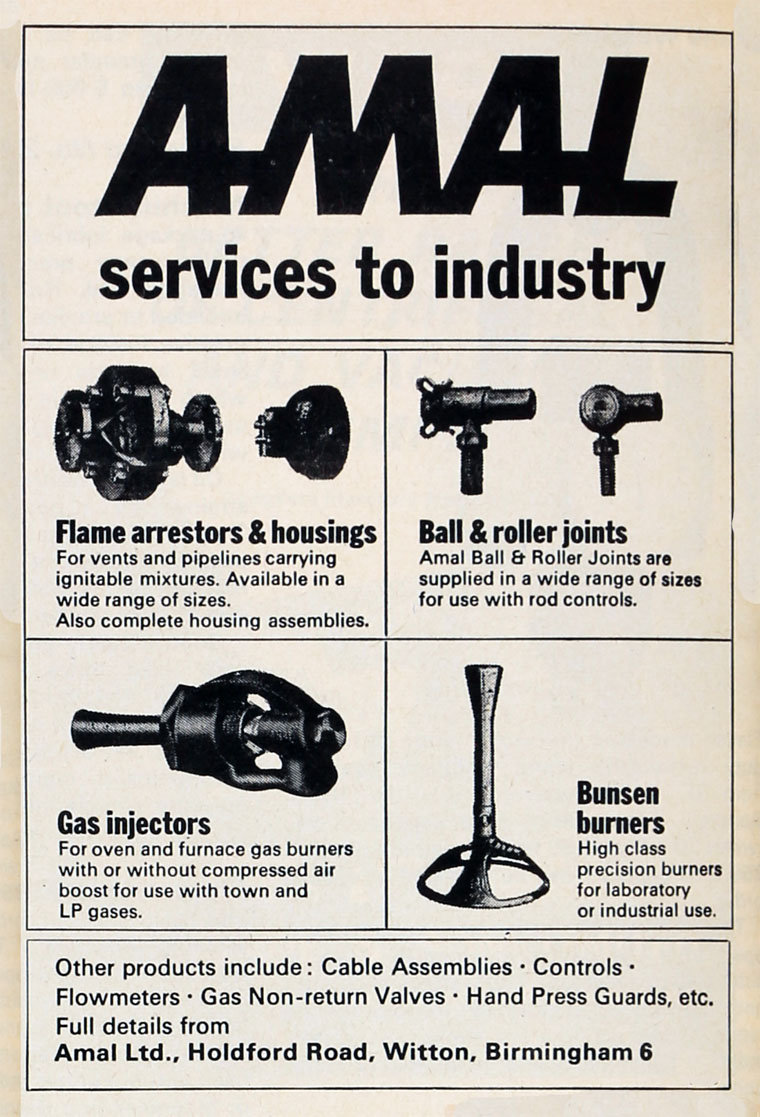 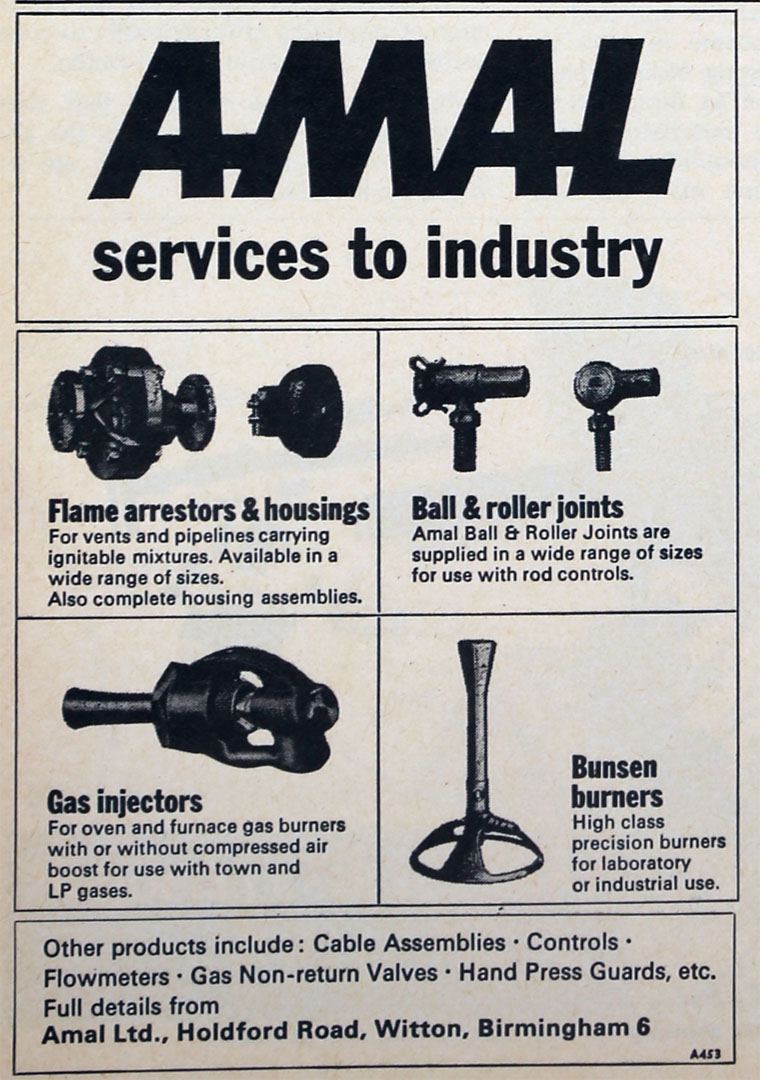 Amalgamated Carburetters of Holford Works, Perry Barr were makers of carburetters, supplied under the trademark Amal and others. Amal were the major suppliers of carburettors to the British motorcycle industry for a long time; their products were used by large manufacturers such as BSA and AMC.

1926 Amac was owned by Nobel Industries which became part of ICI this year.

1927 Public company formed: Amalgamated Carburetters Ltd to bring together 3 manufacturers Brown and Barlow, Amac and C. Binks (1920) Ltd for better utilisation of their resources[1], headquartered at the Brown and Barlow factory.

1930 Application to amend patent granted to Brown and Barlow

1956 Amal Ltd declared its results and dividend; was said to be controlled by ICI[3]

With the decline of the British motorcycle industry, the demand for AMAL carburetters fell[4].

1963 Amal Ltd, a subsidiary of ICI, reported a loss larger than the previous year[7].

1964 The outstanding shares were acquired by IMI[8].

1965 Supplied parts to General Dynamics for the conversion of the Dart Convair to using Rolls-Royce turbo-prop engines[10].

1993 Sold to Grosvenor Works of North London - a supplier of fuel system components. Under Grosvenor some of the more popular obsolete ranges were re-manufactured.

In 2003 the business was sold to Burlen Fuel Systems, a company that also produces SU, Solex and Zenith, three other "classic" carburettor ranges. See Burlen website [12]

The carburettors are still produced by their current owner Burlen Fuel Systems as spares for the classic motorcycle market. The AMAL and AMAC trademarks now cover a range of products including carburettors (principally but not exclusively for motorcycle engines), controls (brake and clutch levers, cables, etc.), fuel lift pumps, gas jets and burner devices as well as gas safety valves.