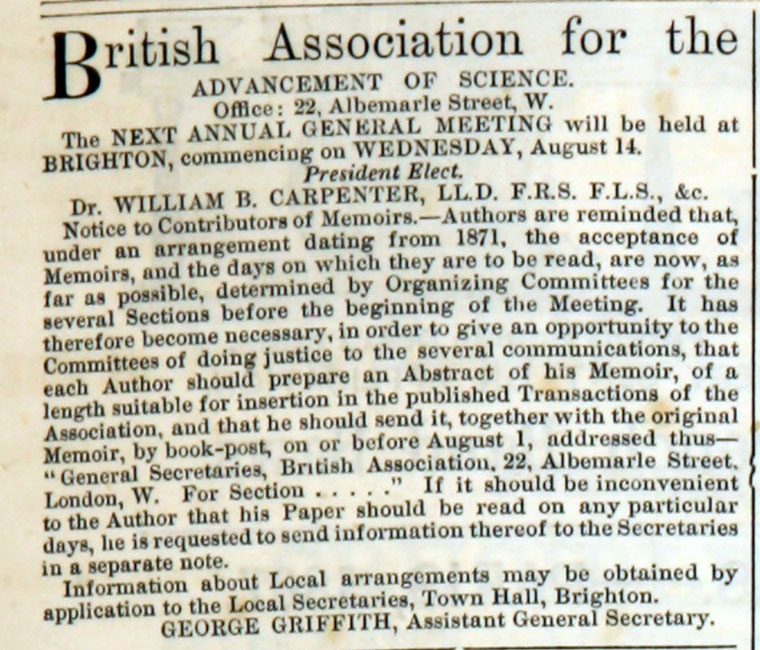 British Association for the Advancement of Science

1831 Founded as a learned society with the object of promoting science, directing general attention to scientific matters, and facilitating interaction between scientific workers.

The founder was the William Vernon-Harcourt, following a suggestion by David Brewster, who was disillusioned with the elitist and conservative attitude of the Royal Society. Another founder was J. F. W. Johnston.

1839 First time the Association's annual meeting was held in Birmingham

1926 Sir Alfred Yarrow presented a donation of £10,000 to the funds of the British Association for the Advancement of Science. Sir Alfred believed that the present needs of the association in its work for science should receive precedence over provision for the distant future, and had accordingly made it a condition of his gift that the whole of the sum, both as regards capital and interest, should be expended within a period of twenty years. Sir Charles Parsons, gave a donation of the same amount to the Association a few years ago. [7]