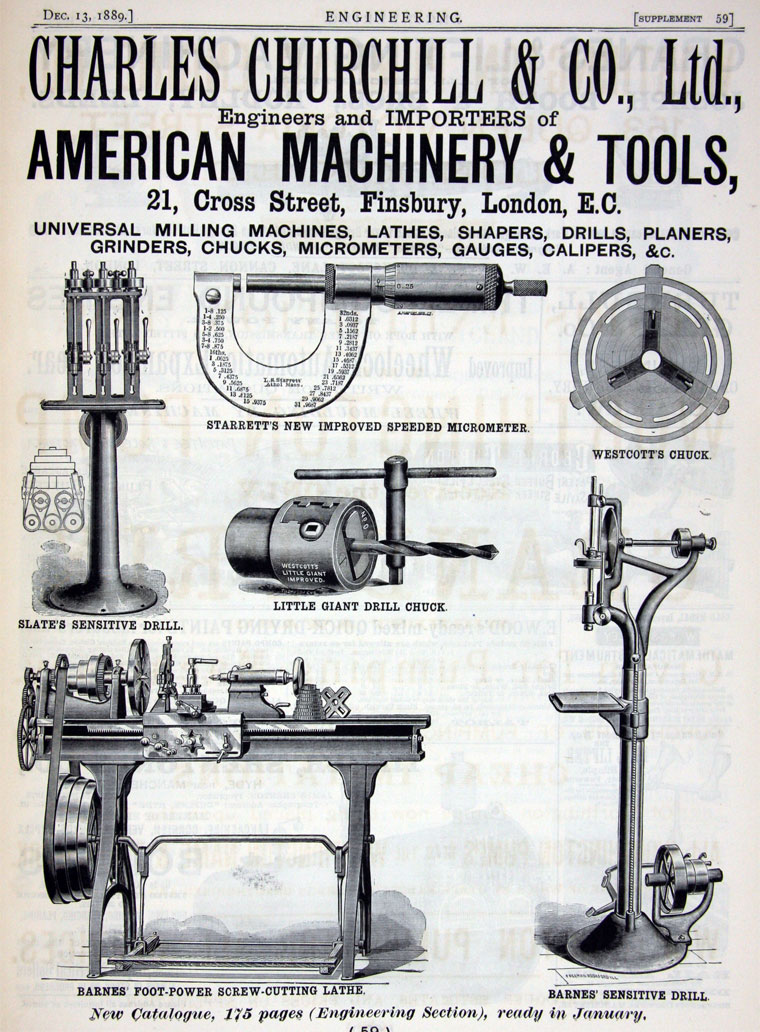 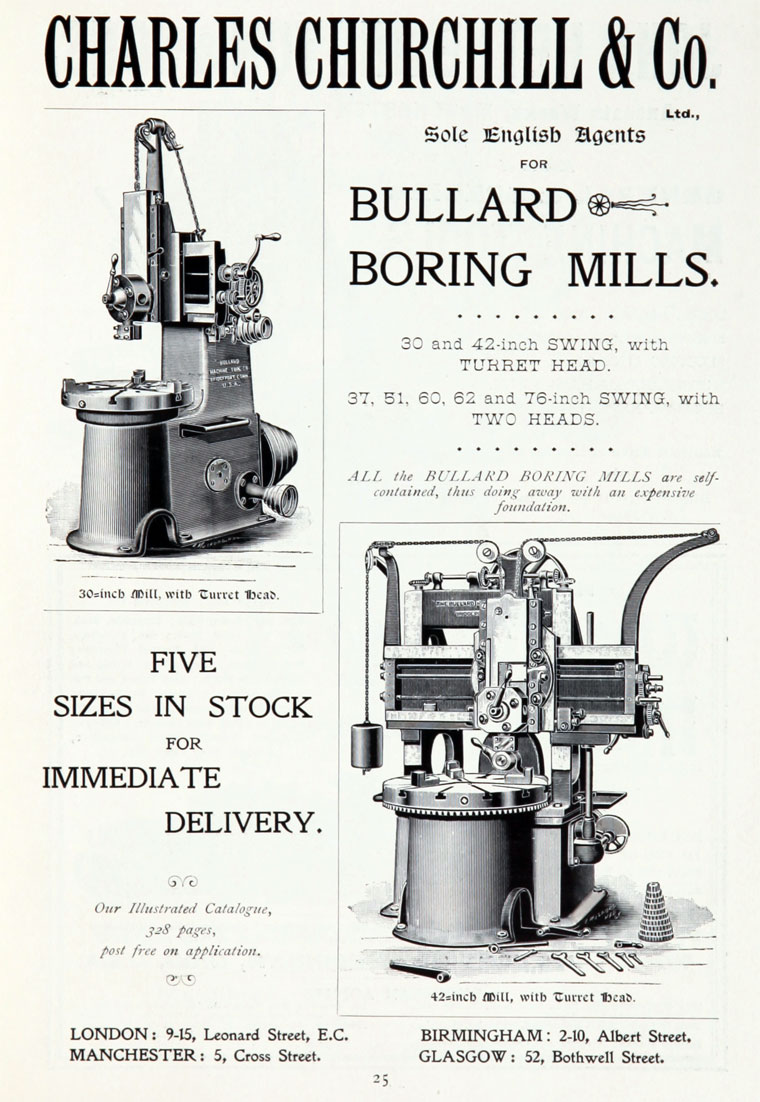 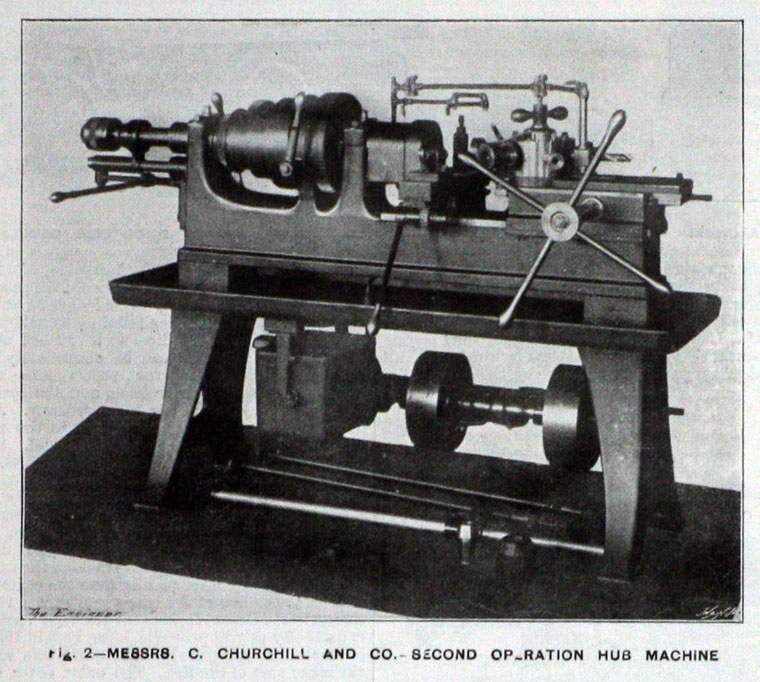 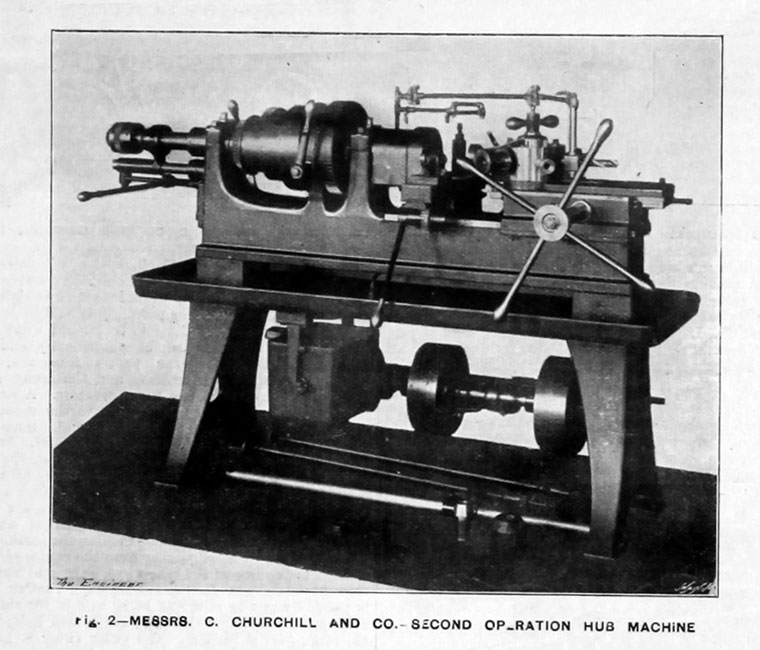 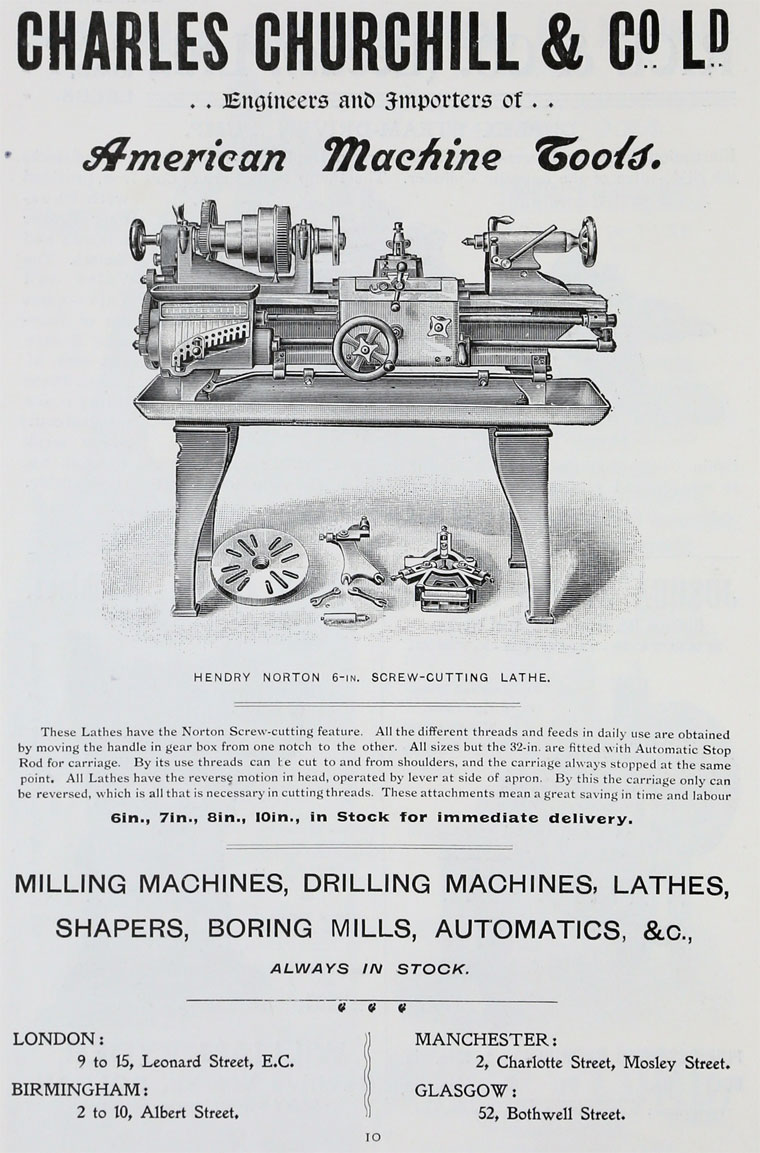 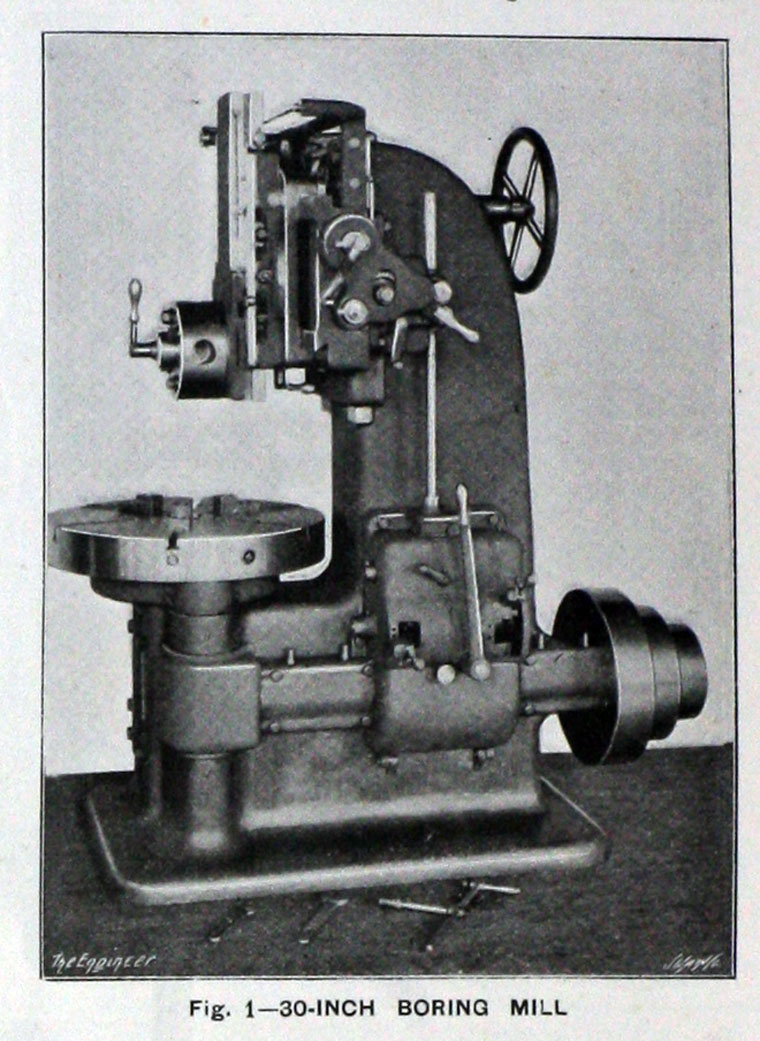 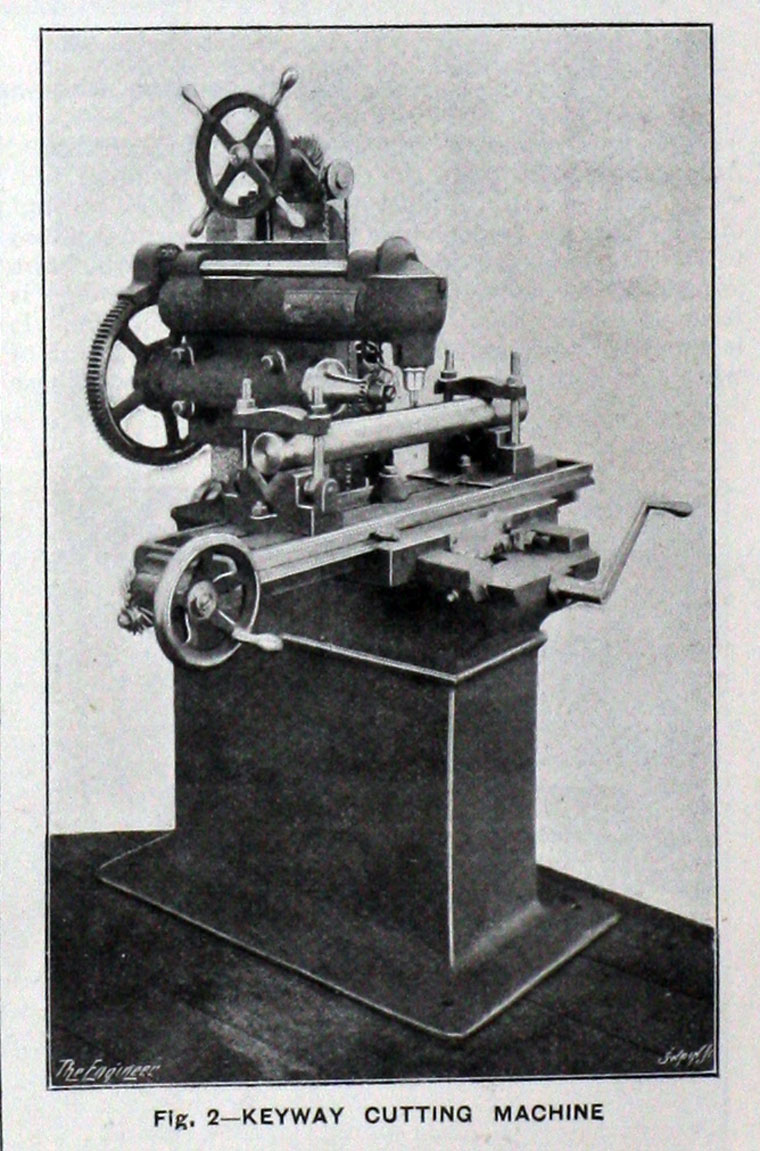 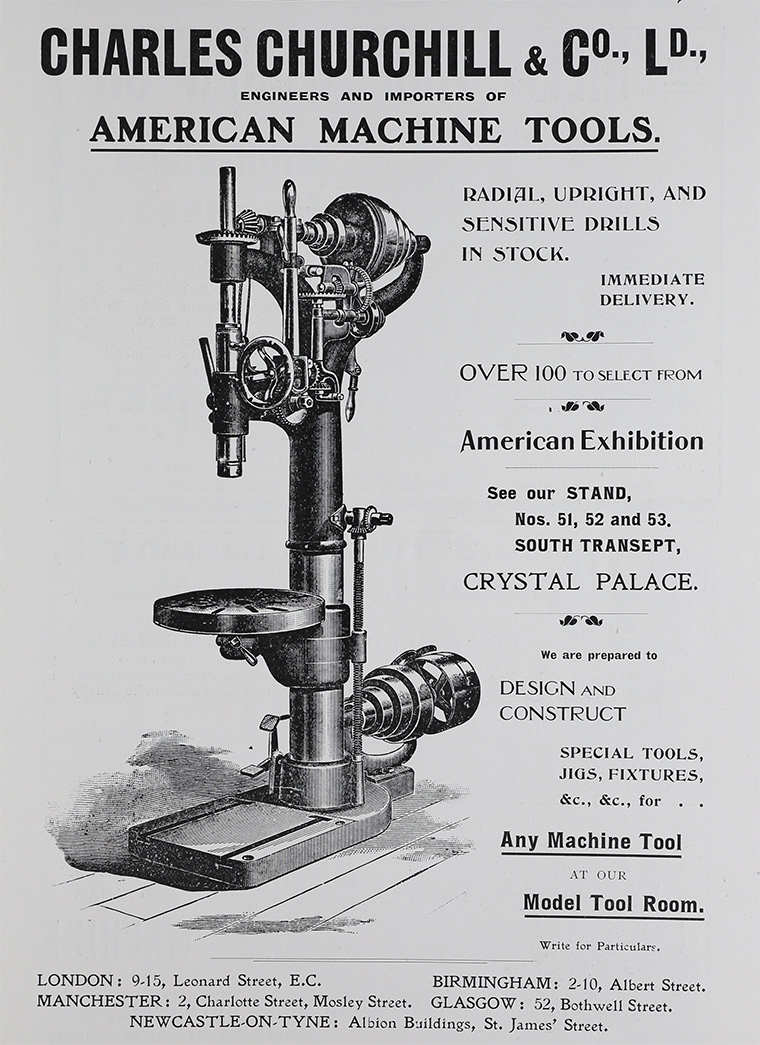 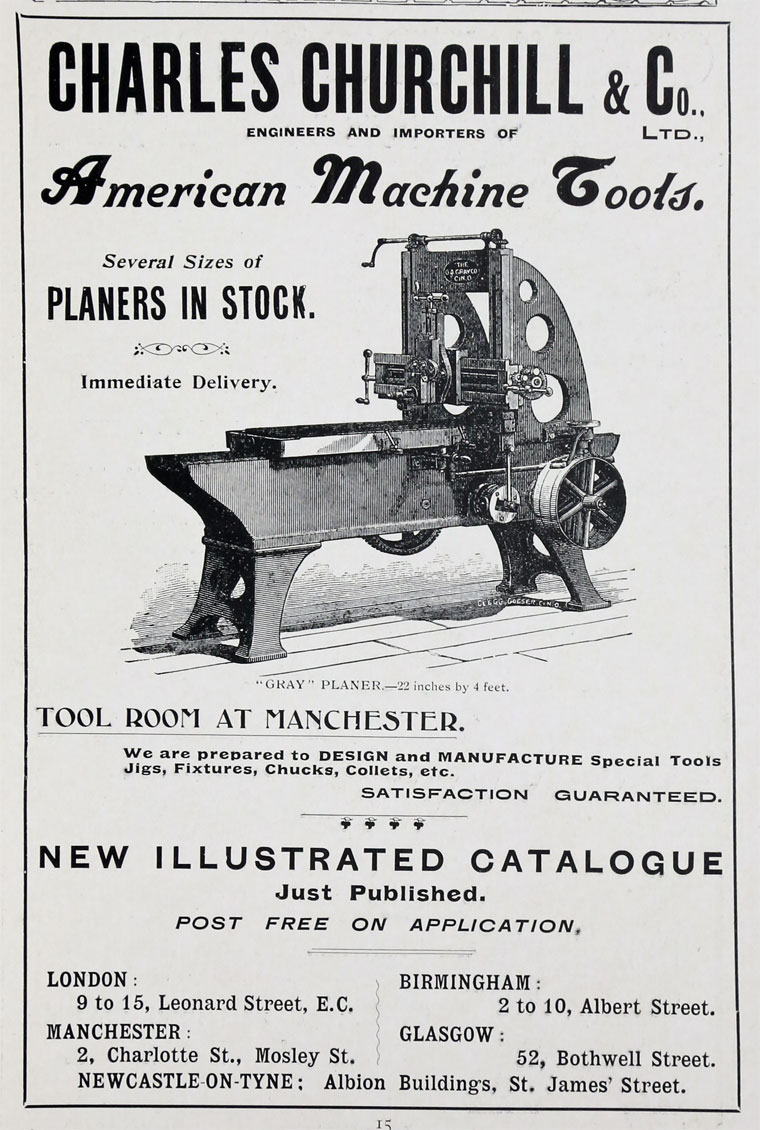 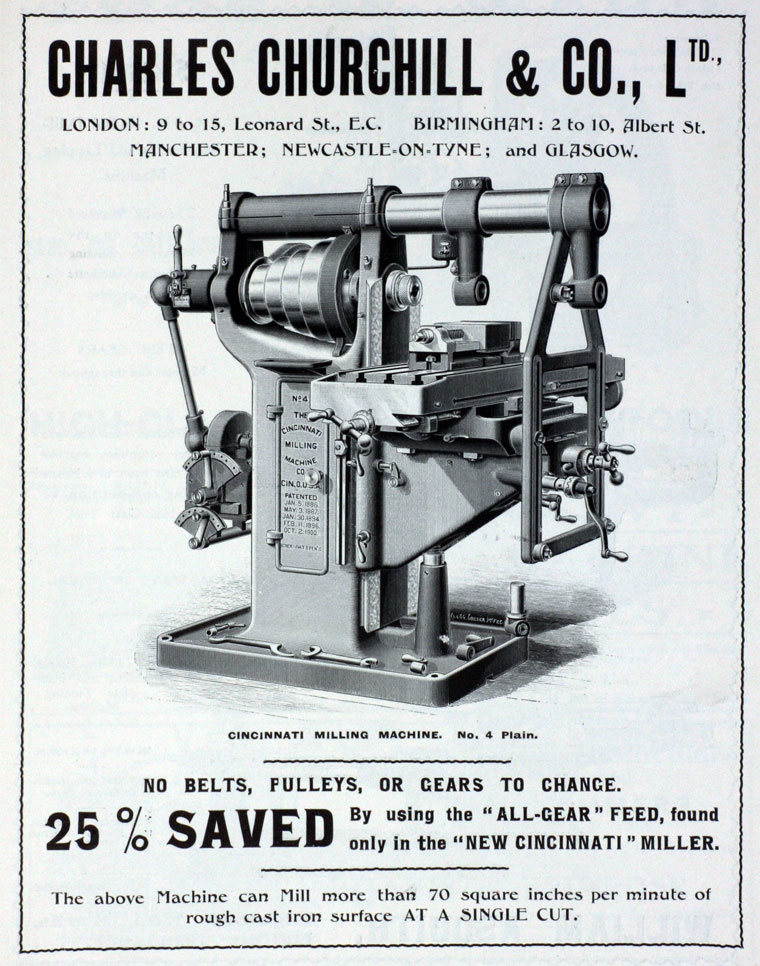 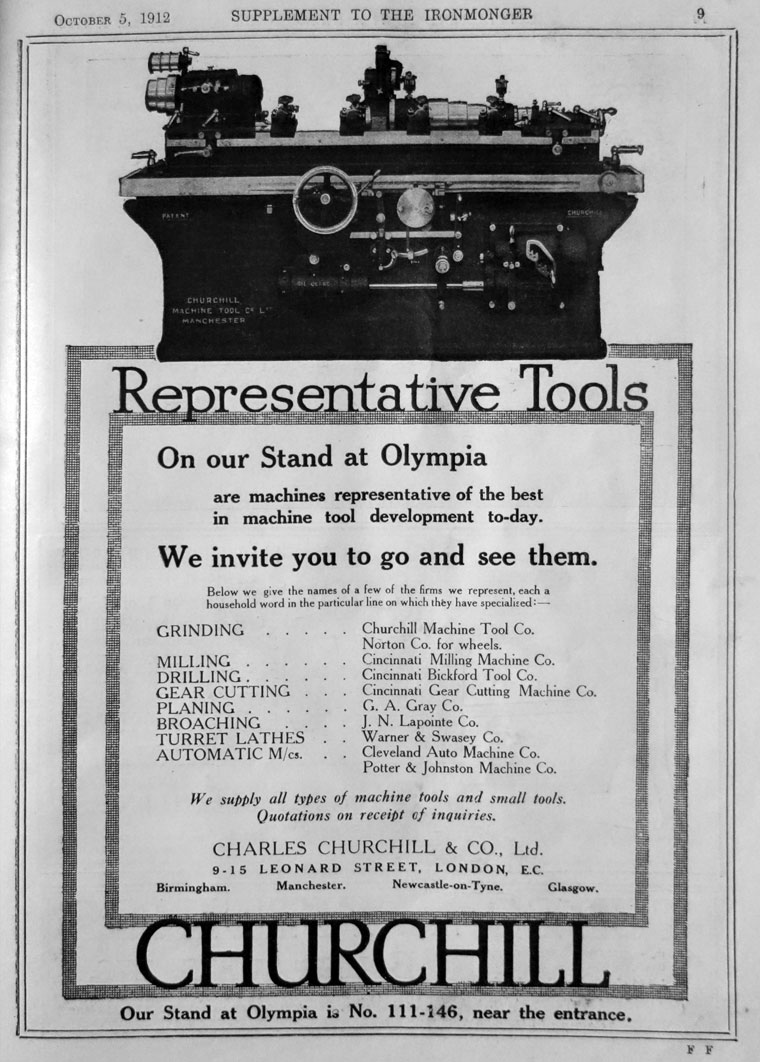 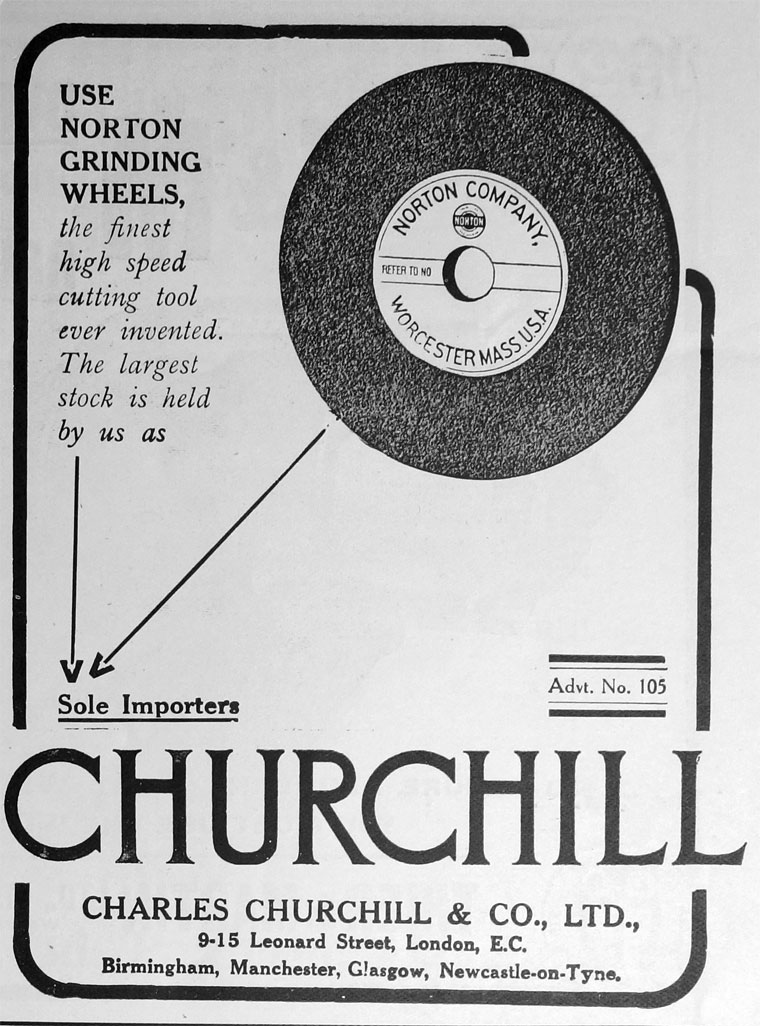 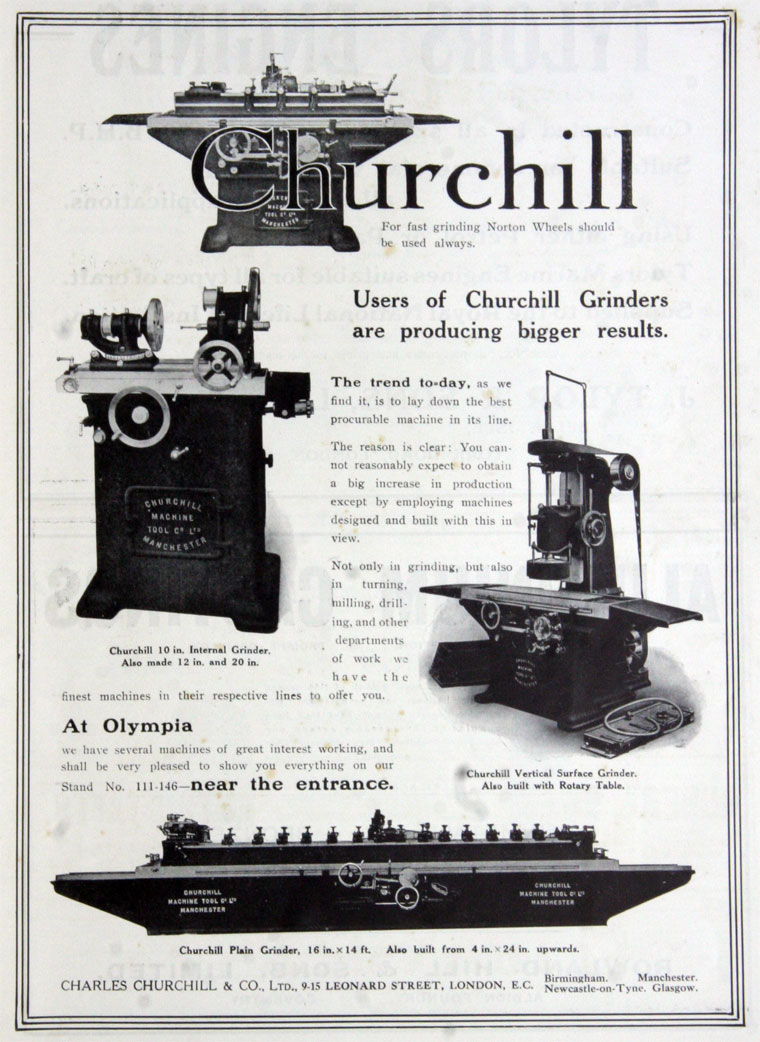 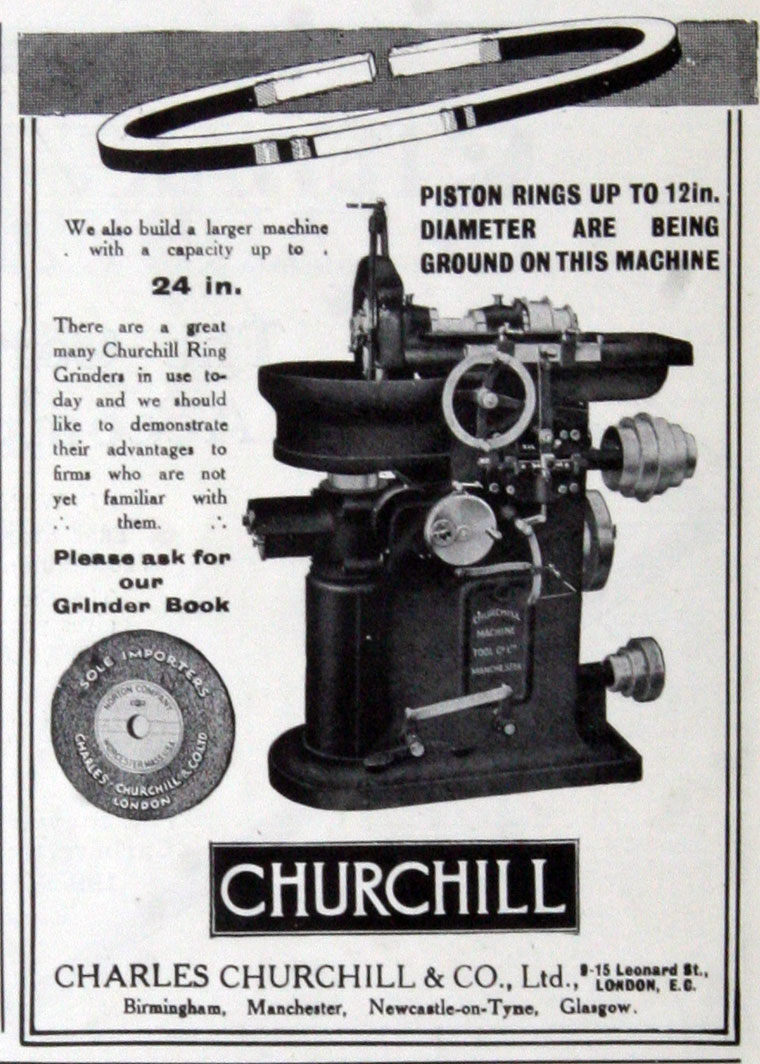 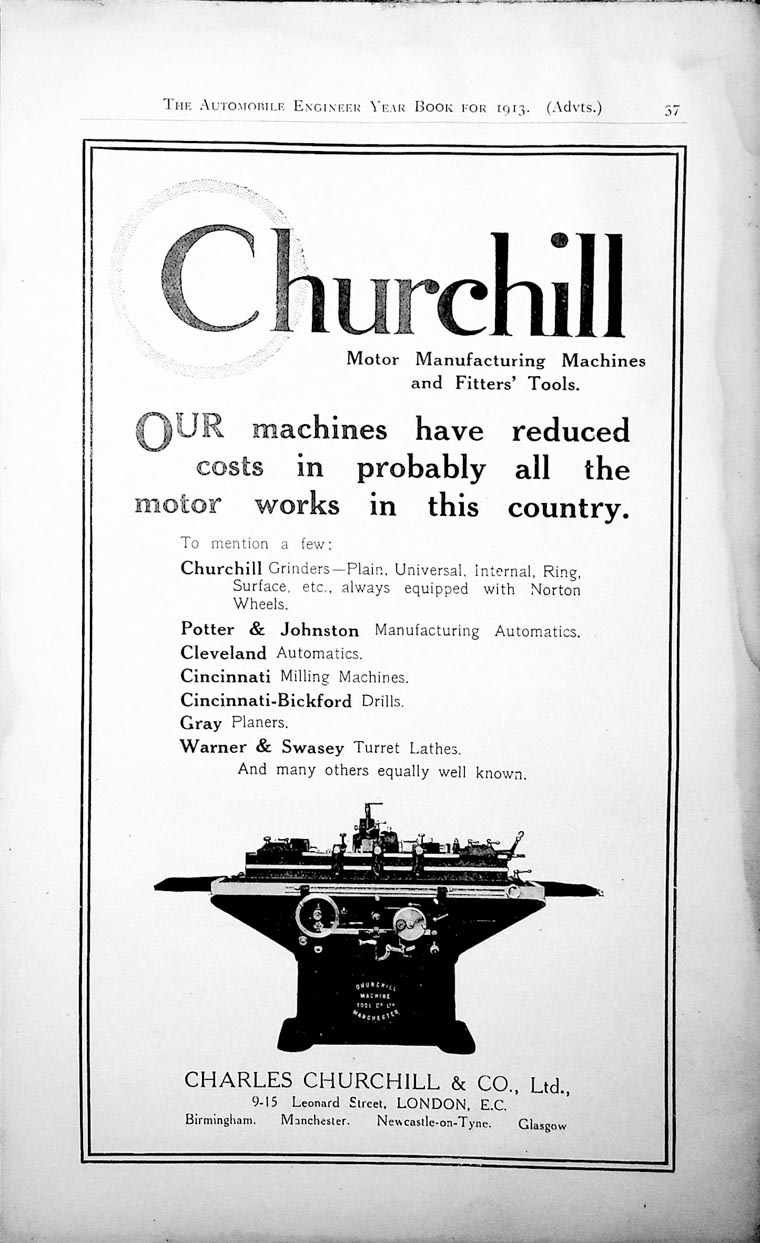 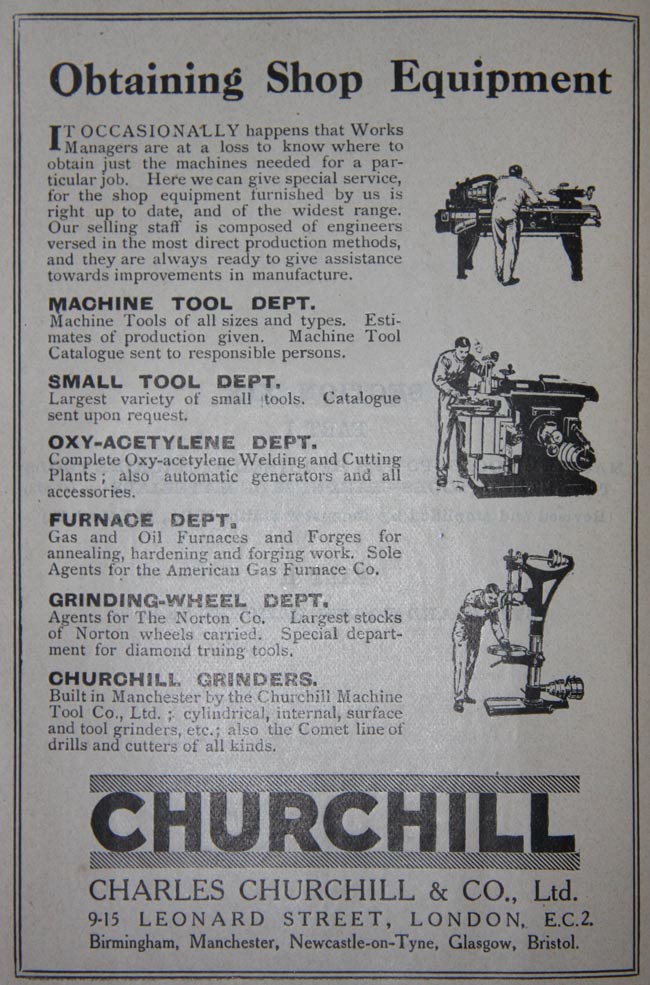 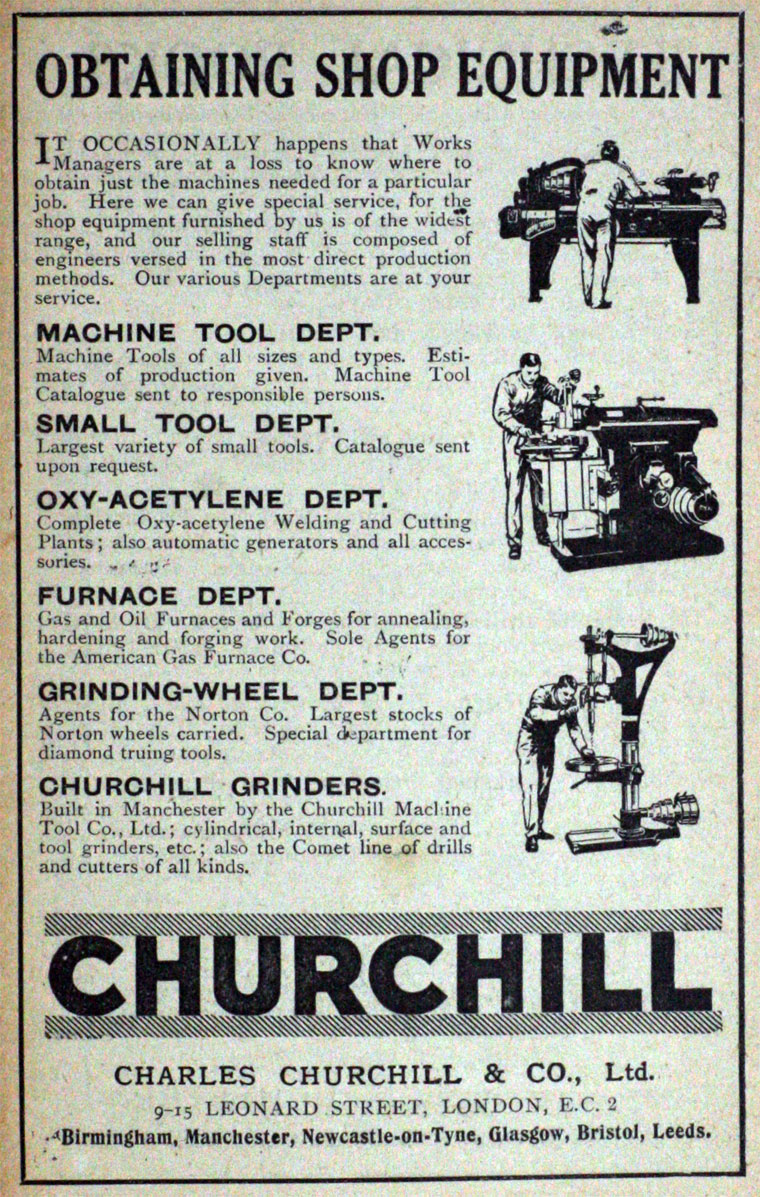 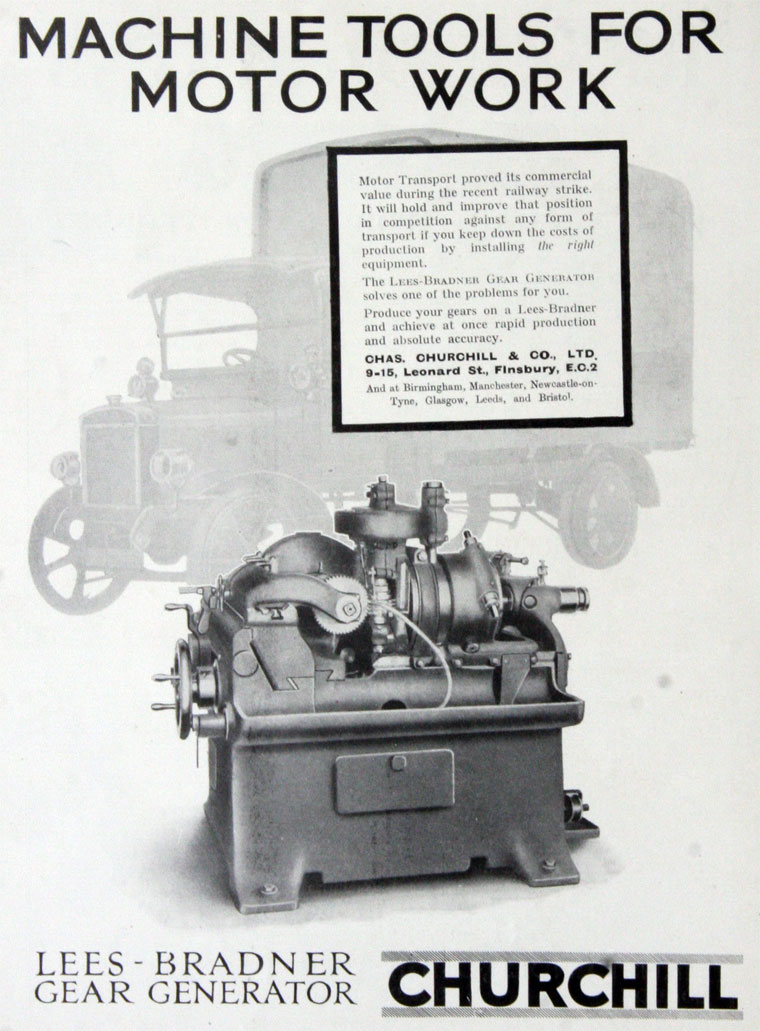 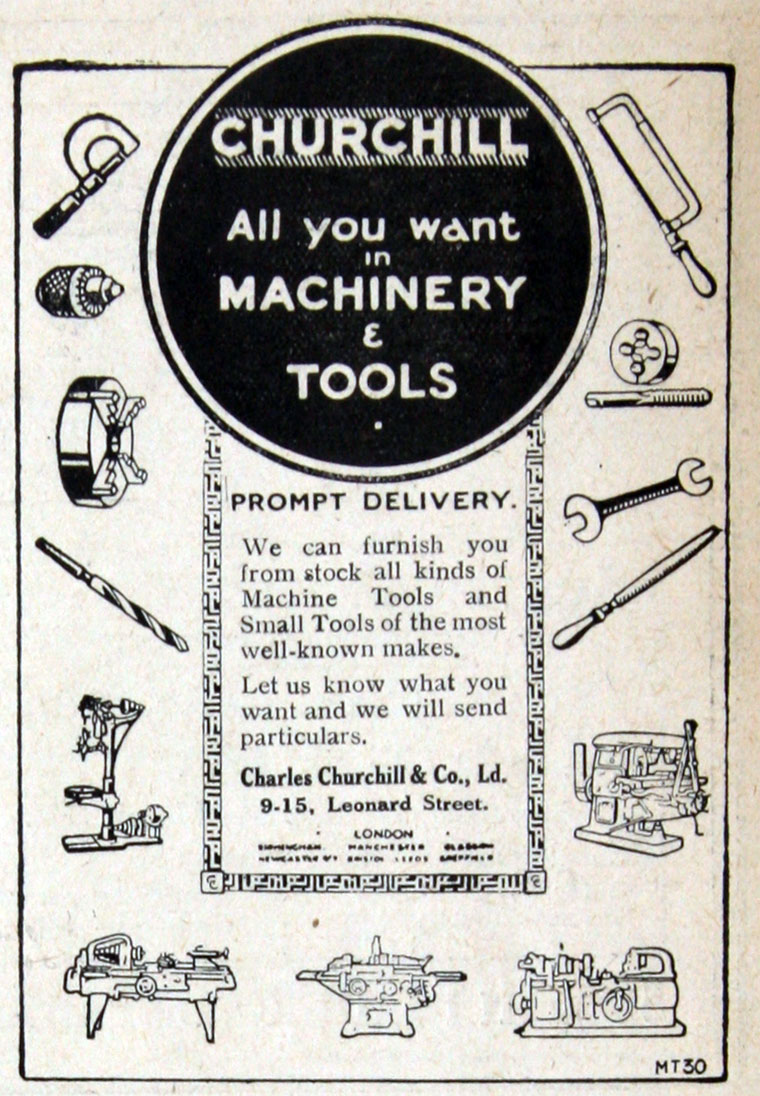 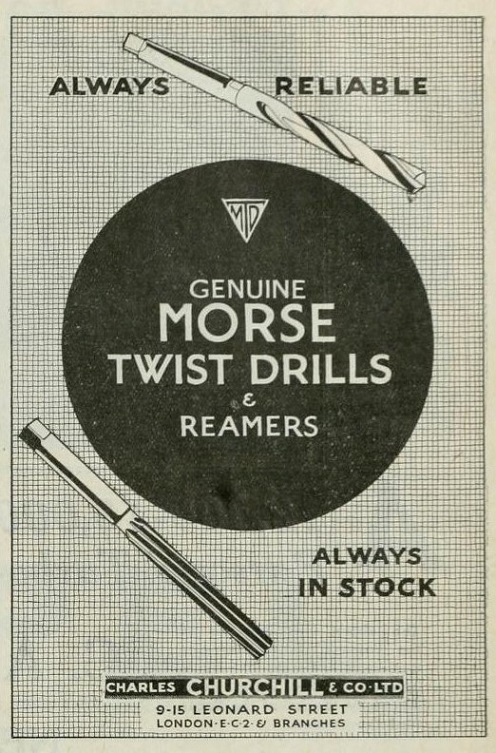 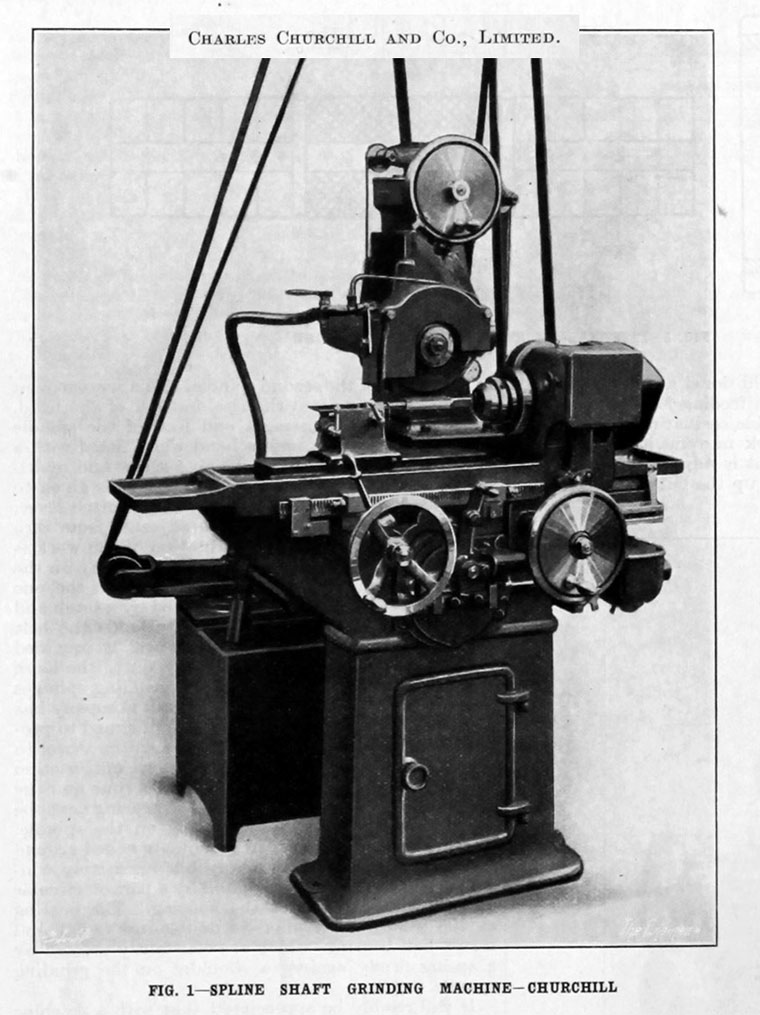 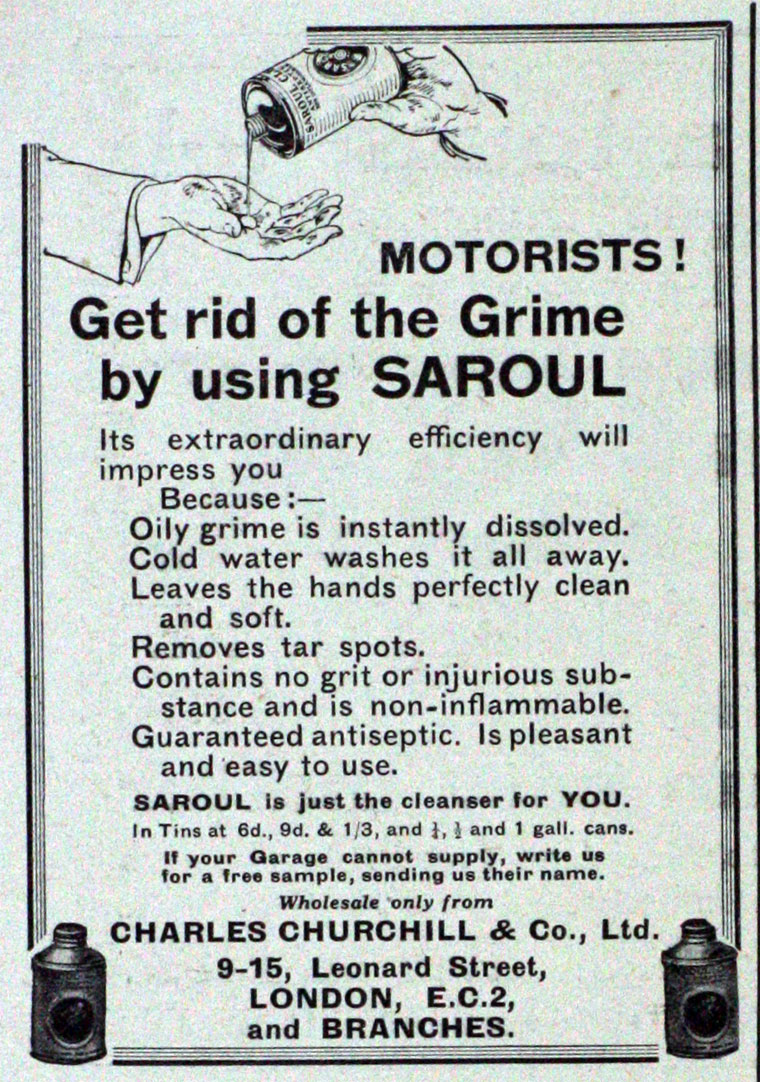 1865 Company founded by Charles Churchill. Charles Churchill and Co began trading in 1865 as importers of engineering tools and is thought to have imported the first examples of Morse tapered twist drills, self-centring drill chucks (manufactured by Cushman) and hand-held micrometers into the UK. According to Floud, he imported agricultural implements and other non-engineering items at this time. In its early years the company traded from 28 Wilson Street, Finsbury: sales catalogues were published certainly between 1876 and 1882 stating this address.

1890 Charles Churchill was released from bankruptcy[2]

1897 Public company. Charles Churchill & Co Ltd was put into voluntary liquidation to aid capital restructuring. This comprised an increase in authorised share capital to £50,000: £30,000 was fully subscribed, £10,000 allotted as goodwill for the old company and £10,000 retained for later issue.

Within two years the company advertised with contact addresses at 2 – 10 Albert Street in Birmingham, 5 Cross Street in Manchester and 52 Bothwell Street, Glasgow, and its main office at 9 – 15 Leonard Street, Finsbury.

The capital restructuring also saw the addition of Herbert Chamberlain, brother of Joseph Chamberlain, to the board of directors. He was well connected in business terms as well as politically, having interests in BSA among other things. Other members of the Chamberlain family were later involved in the company.

The new main office in Leonard Street opened around 1896 and comprised 12,474 square feet over four storeys, complete with internal hydraulic lifts, an external hydraulic crane and electric lighting; the company claimed in its press release that it had more than doubled its sales compared to any previous year and that it had sales lists for in excess of 100 US machinery manufacturers.

By 1902 advertisements show the Manchester address as 2 Charlotte Street, Mosley Street and an additional office had opened at Albion Buildings, St James' Street, Newcastle. There were more than 30 employees at the London premises and 8 or 9 in Birmingham

1907 The company was seeking to wind up the Aston Cantlow Mill Ball and Bearing Co. Indeed, that company was wound up on 17 January 1908, although the reasons for this are unclear. Charles Henry Prideaux was appointed to represent the company on the liquidation committee for Leitner Electrical Co in 1915

1920 May. Issued catalogue on Carson universal tool and cutter grinder. [7]

1920 September. Exhibited at the Machine Tool and Engineering Exhibition at Olympia with machine tools. [8]

1924 Charles Churchill and Co ceased to represent the Norton Co and entered into an agreement with the Carborundum Co whereby the two organisations would co-operate in the meeting the grinding requirements of British manufacturers with the British-made "Carborundum" and "Aloxite" grinding wheels.[9]

1934 They took over Cornelius Redman & Sons, renaming it Churchill-Redman Ltd.

1956 Private company. Reorganisation - the Halifax division continued to use the name Churchill-Redman; the Scotswood division was named Churchill Gear Machines[12]

1961 Charles Churchill and Co acquired Denhams Engineering Co, whose lathes were complementary to those of Churchill-Redman[15]

1966 Charles Churchill & Co Ltd was awarded The Queen's Award to Industry "for export achievement; and for technological innovation in machine tools by the Applied Research and Development Division, Churchill Gear Machines Ltd., and Churchill-Redman Ltd."

1966 Acquired Maschinenfabrik Froriep, of Germany, a company that Churchill had been representing in the UK; Mrs Ritchie, MD of Charles H. Churchill (the sales company), was appointed chairman of Froriep[17]