Grace's Guide is the leading source of historical information on industry and manufacturing in Britain. This web publication contains 138,169 pages of information and 223,198 images on early companies, their products and the people who designed and built them.

D. and W. Henderson and Co 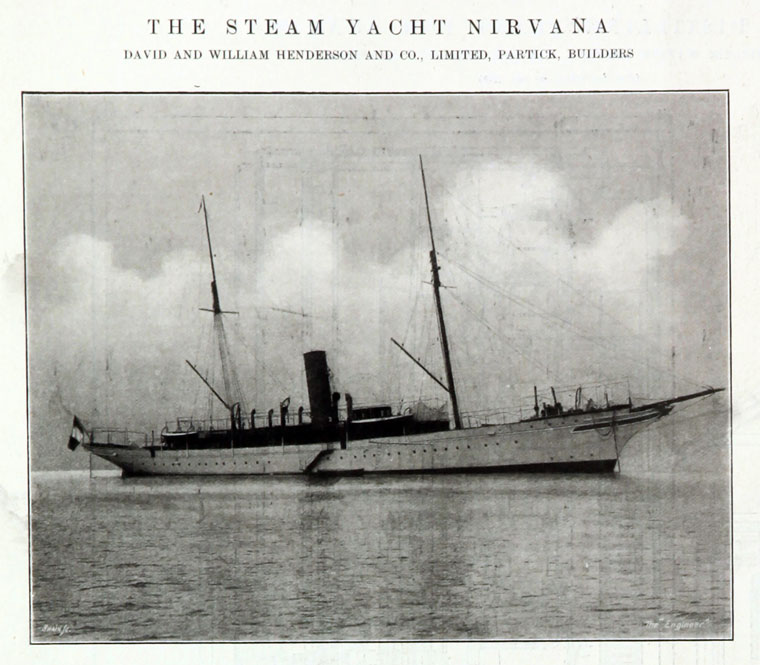 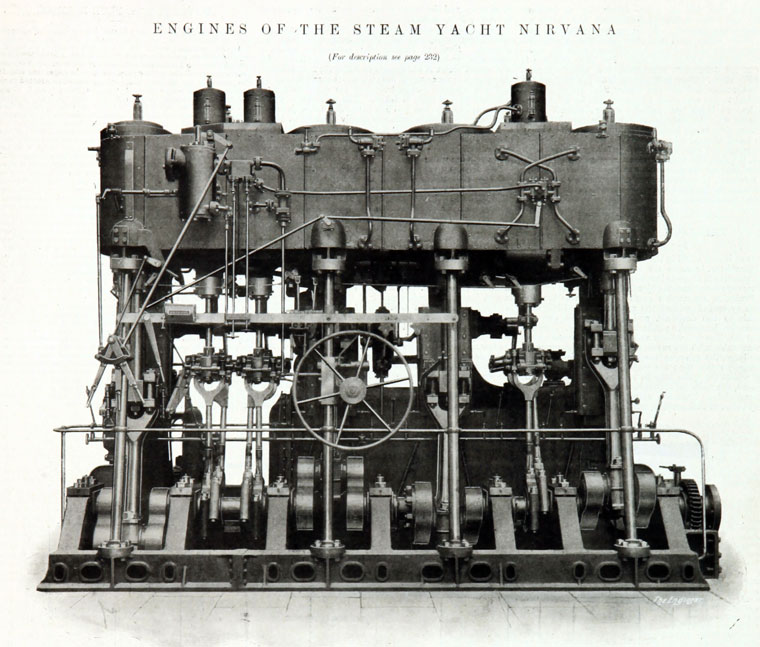 1904. Engines of the steam yacht Nirvana.

1904. Engines of the steam yacht Nirvana.

David and William Henderson and Co were shipbuilders and marine engineers, of Meadowside Yard, Partick[1].

Messrs Tod and M'Gregor (who had both been shop foremen to Mr. David Napier of Camlachie Foundry) began business as marine engineers - Tod and McGregor

1835 They launched the Vale of Leven, the first iron vessel built on the banks of the Clyde and launched direct into its waters. Their yard was on the north side of the river, near the foot of Lancefield Street, close to the works of Robert Napier and Sons.

Their business increased so much that Tod and McGregor moved to a yard on the south side of the river, almost immediately opposite.

Because of harbour extensions and other restrictions, they later moved to Meadowside, on the west side of the Kelvin where it joins the Clyde, where they constructed a dry dock, and subsequently a slip dock for repairing vessels.

c.1874 After the death of the founders, the works were sold by Mr. David Tod junior, initially to Handyside and Henderson and then to David and William Henderson. The Henderson Brothers (David, William, Thomas and John) were in shipping. Thomas and John were partners in Anchor Line; David and William established D. and W. Henderson and Co. The Meadowside Yard, owned by the brothers, received many orders from Anchor Line[2].

D. and W. Henderson assisted the Duke of Devonshire’s Barrow Shipbuilding Co in the design of their first ships[3]

1880-1900 The yard built a number of repeat order ships and steamers for large companies.

1900 The shipbuilding yard was incorporated as a limited liability company in 1900 under the name D. and W. Henderson and Co. The company was registered on 30 March, to take over the shipbuilding and engineering business of the firm of the same name. [5]

1900-1913 The yard mainly made passenger and cargo liners with 17 made for Japanese and Chinese companies. Local orders continued to come in too.

1914 The yard manufactured Kalimba which was the design used for the war standard "A" type tramps that were built from 1917-1920.

1916 Harland and Wolff acquired a controlling financial interest in the shipyard of David and William Henderson and Co of Partick, there establishing Diesel engine works for ocean-going motor-boats.

1917 The yard was placed under Harland and Wolff management and went on to make over 38 cargo-liners and tramps in the '20s and '30s until it closed in 1935.

1935 As orders began to decline, the berths of the Meadowside yard were sold to National Shipbuilders Security. D. and W. Henderson and Co went into receivership on 4th April.

1936 A repair subsidiary D. and W. Henderson Ltd was formed in 1936 to ensure that the new owners Harland and Wolff could continue using the Meadowside dry-dock.

WWII The yard was mainly used to build landing craft

1962 Repair work was carried out at the yard until it closed in 1962 due to Harland and Wolff abandoning the Clyde. The yard is currently an industrial estate. The dry-docks are no longer there.