Grace's Guide is the leading source of historical information on industry and manufacturing in Britain. This web publication contains 148,504 pages of information and 233,941 images on early companies, their products and the people who designed and built them. 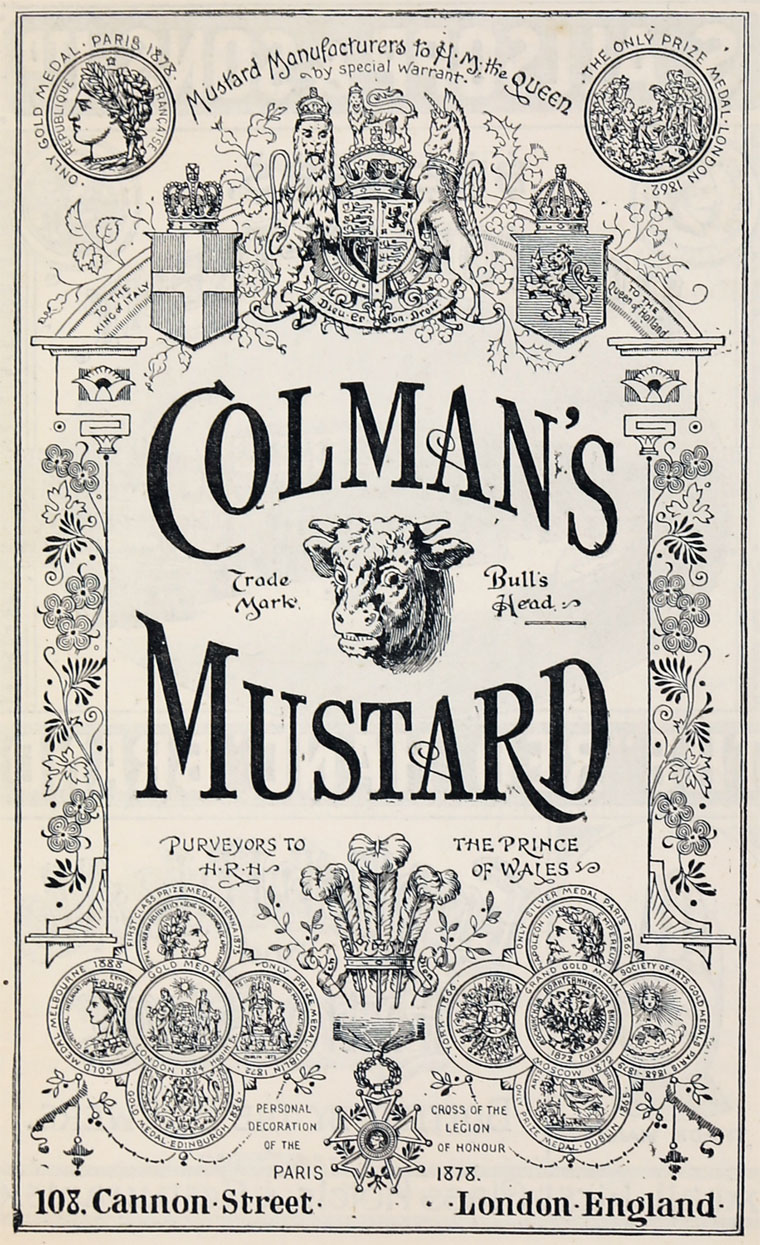 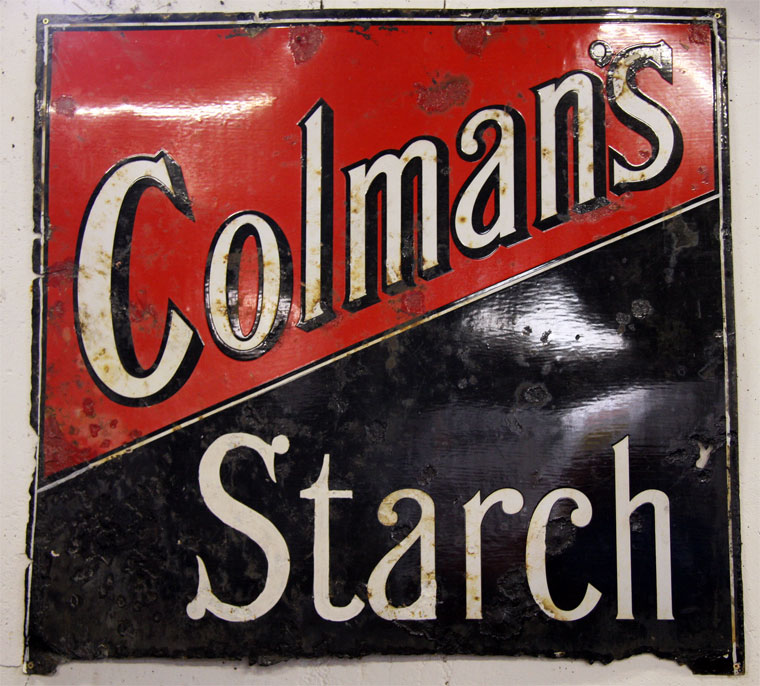 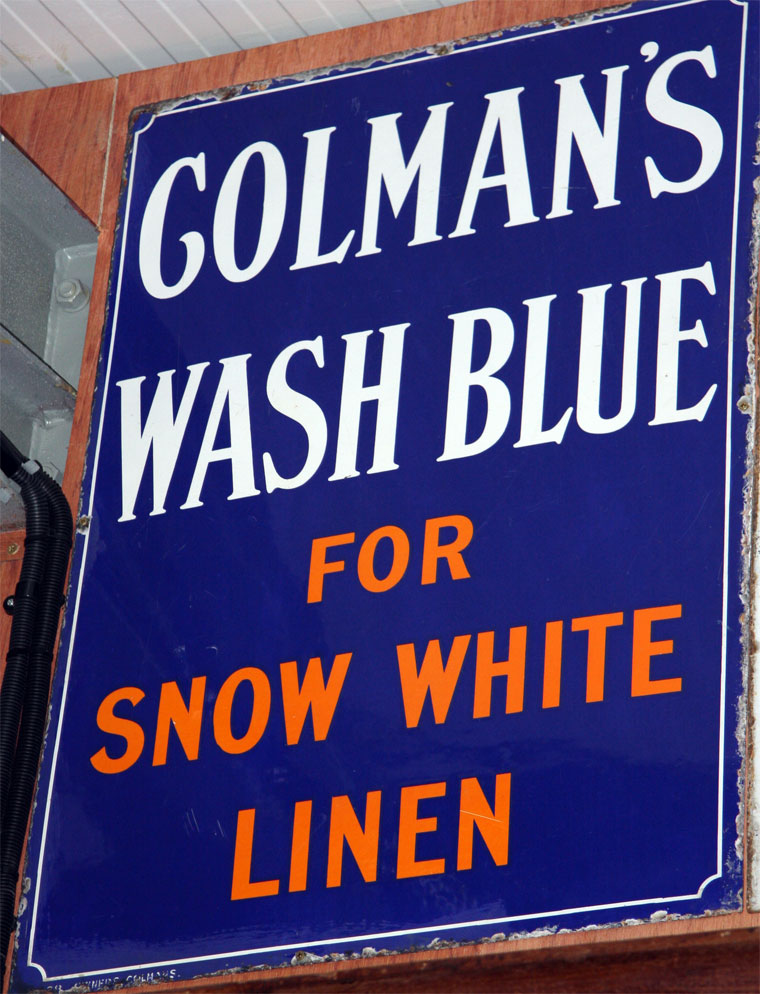 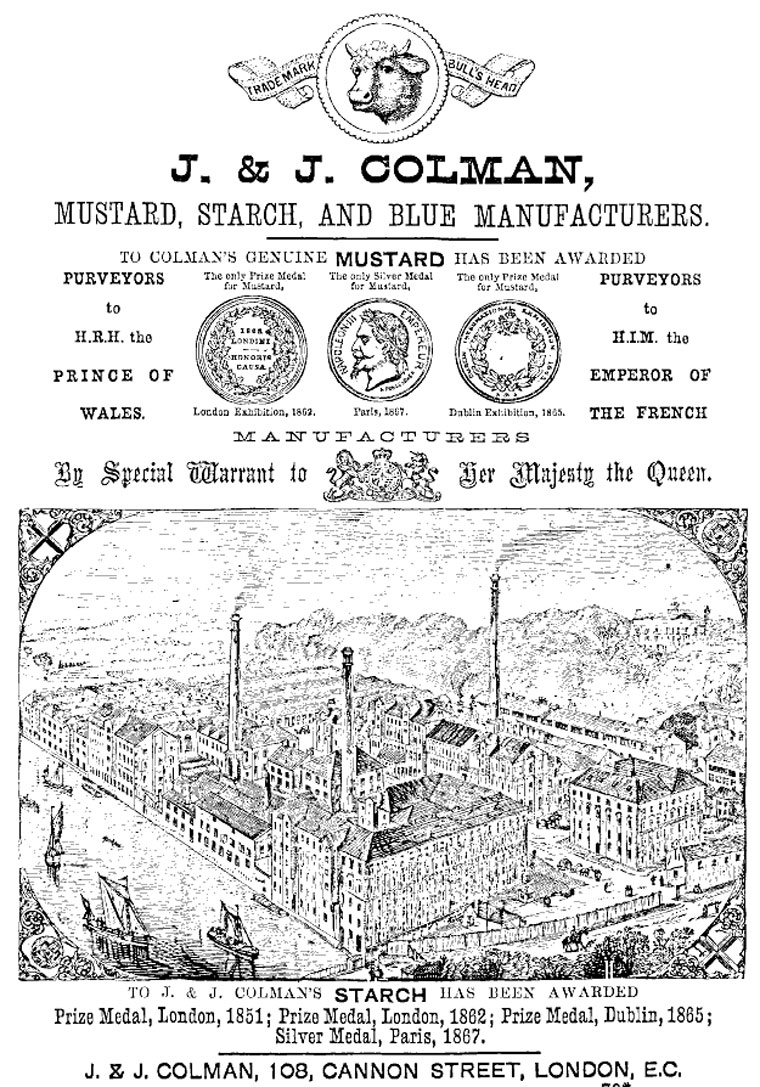 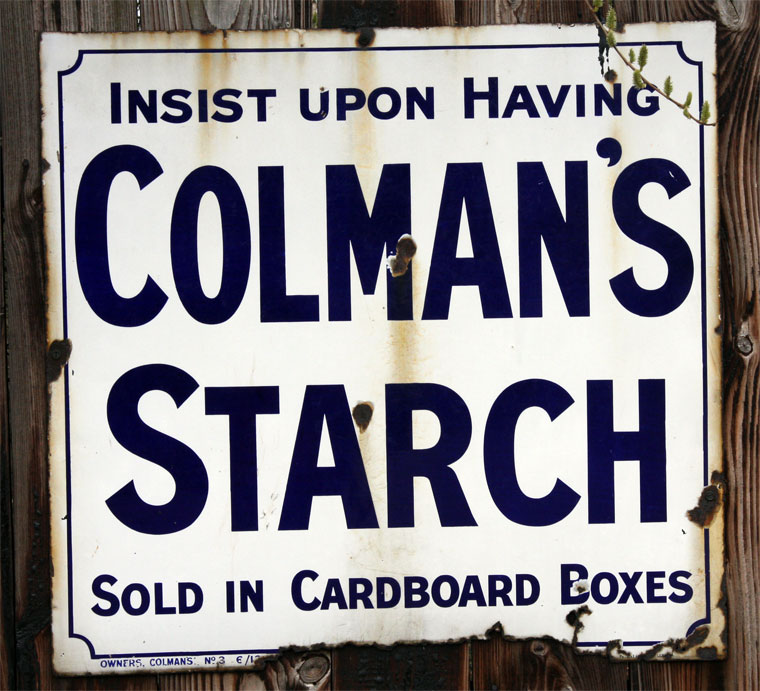 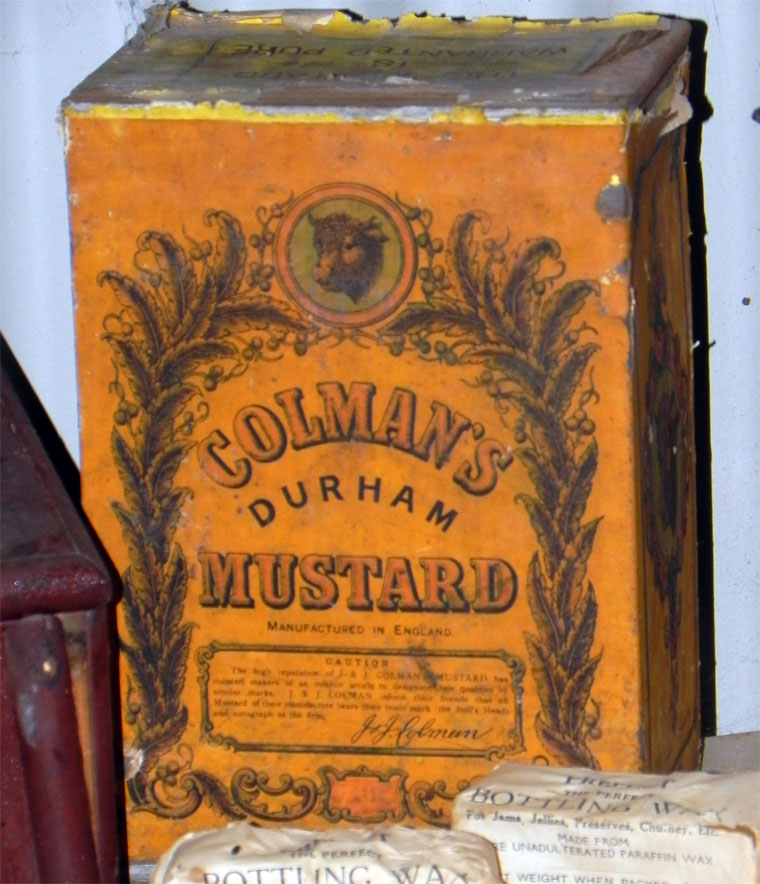 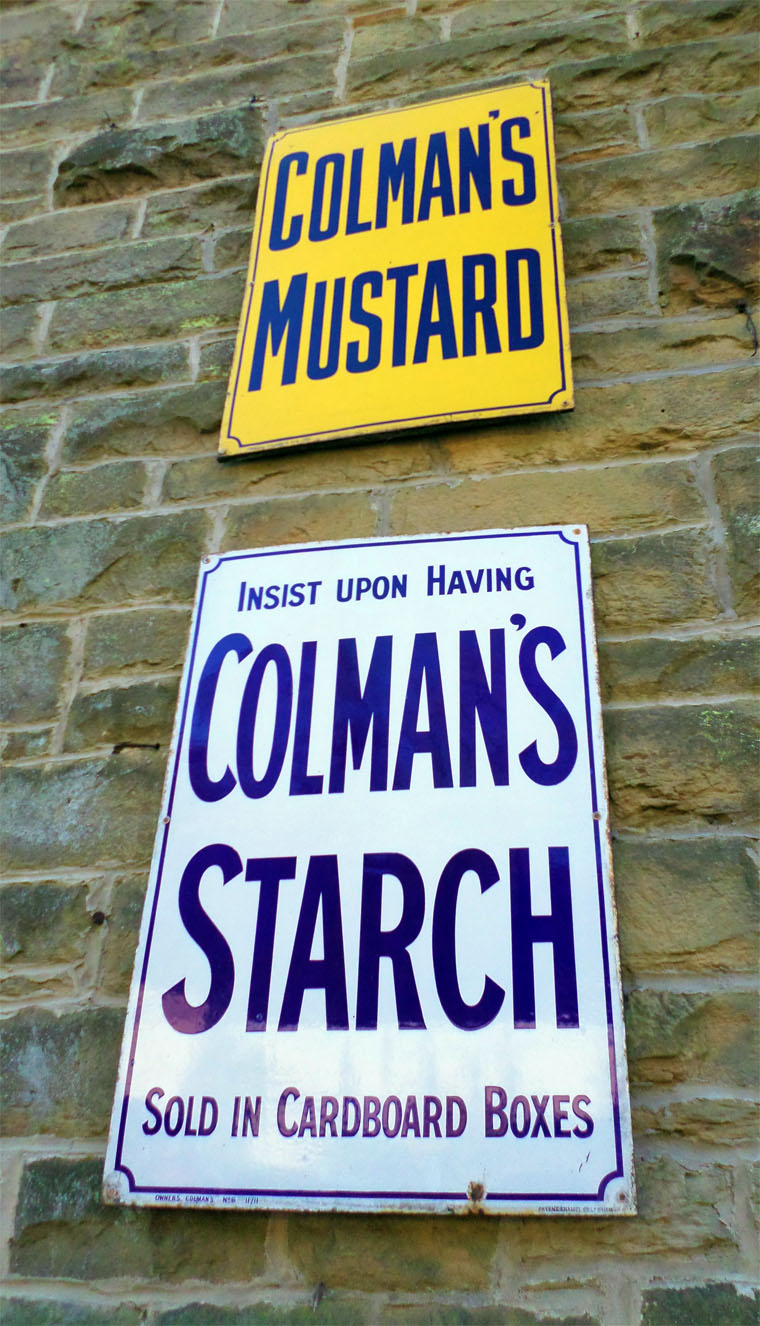 1814 Jeremiah Colman (1777-1851), originally a miller at Bawburgh near Norwich, purchased the flour and mustard making concern of Edward Ames at the Stoke Holy Cross mill on the River Tas, four miles south of Norwich.

1823 His nephew James was taken into partnership J. and J. Colman.

1840s Introduced innovative marketing policies. From that time the sale of mustard, starch, and blue began to be made in small amounts packed in containers distinctive in size, shape, label, and colour.

1854 Jeremiah James Colman was in charge of the Stoke business on James's death; later other relations were brought into the business.

From 1855 the firm introduced its distinctive yellow packaging and bull's head logo.

Between 1856 and 1862 the factory was moved from Stoke to an integrated factory at Carrow in Norwich, on land bought from the Norfolk Railway Co, producing mustard, starch, and laundry blue. The site continued to be used to the present.

The Colman family's pioneering achievements in social welfare are part of Norwich's history.

1857 a school was opened for the employees' children.

1864 the firm employed a nurse to help sick members of staff - a social revolution at the time.

1866 the company was granted the Royal Warrant as manufacturers of mustard to Queen Victoria.

1896 The company was registered on 24 December, to acquire the business of mustard manufacturers of the firm of the same name. [1]

1903 the firm took over rival mustard maker Keen Robinson and Co (makers of Keen's Mustard), through which it also acquired the barley-based drink and baby food business; the predecessor company Robinson and Belville had been manufacturing patent Barley and Groats, sold in powder form, since 1823.

1935 Creation of Robinson's Barley water for the Wimbledon tennis championship - a Colman's representative created a drink to refresh and hydrate the players, by combining barley crystals with lemon juice, sugar and water.

1995 The Colman's part of the business was demerged and became part of Unilever. As well as mustard, it applies its name to condiments, sauces and other foodstuffs. The Robinsons brand was bought by Britvic.