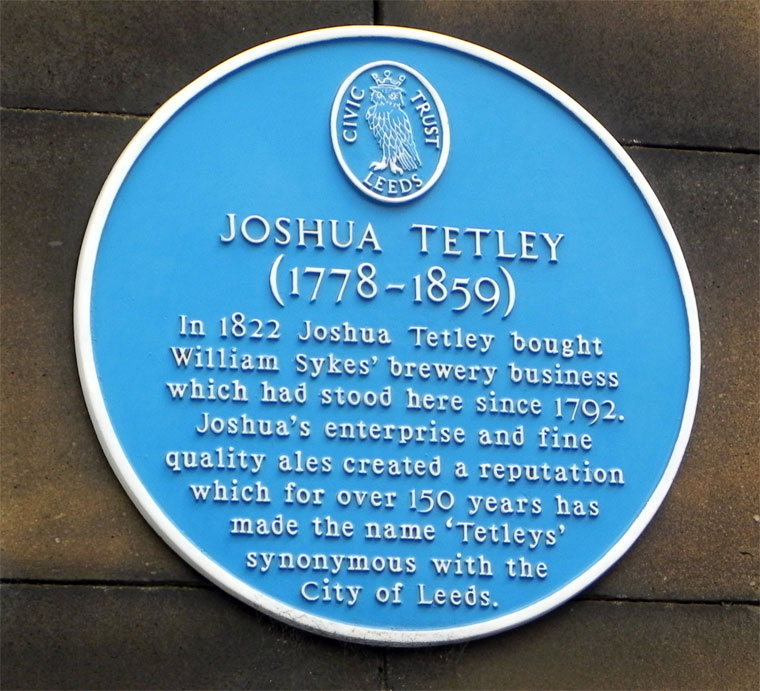 Photographed in 2010. Plaque on brewery wall in Leeds.

1834 Tetley was able to incorporate the malting business he had inherited from his father.

1859 Joshua Tetley died, and his son Francis Tetley, took over the business.

1911 Tetley's challenged escape artist, Harry Houdini to escape from a padlocked metal cask of ale. Houdini accepted this challenge, however it proved too much for him and he had to be rescued from the cask.

1998 Company was taken over by Carlsberg, who had previously had a 50% stake.