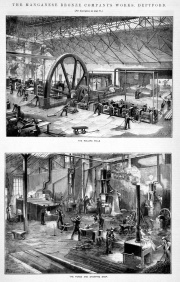 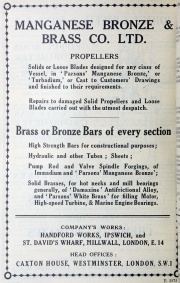 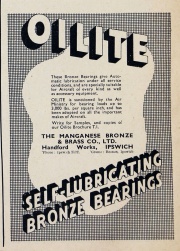 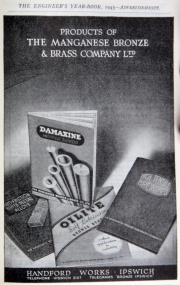 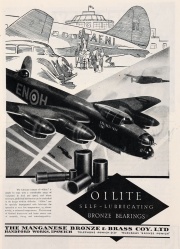 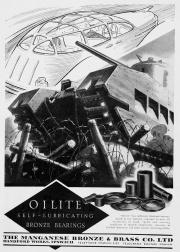 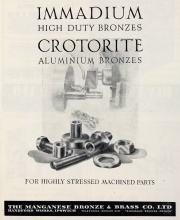 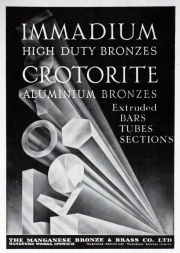 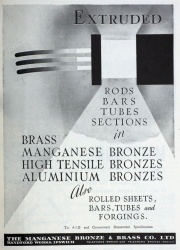 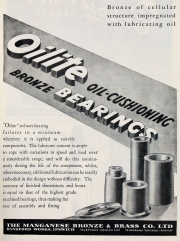 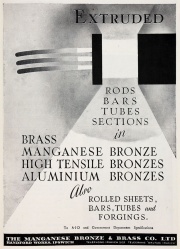 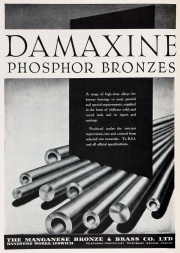 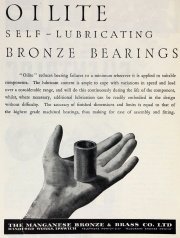 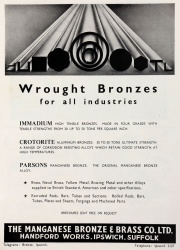 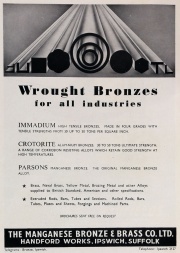 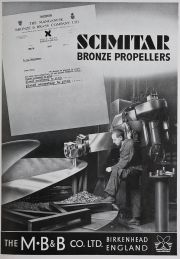 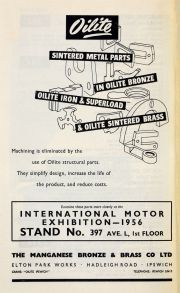 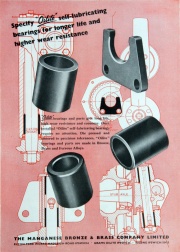 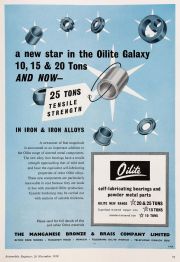 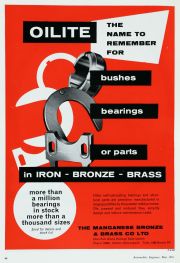 of St. George's Wharf, Deptford, London and of St. David's Wharf, Millwall, London, and of Birkenhead and Ipswich, later known as Manganese Bronze.

1882 Incorporated as a Limited Company. The company was registered on 28 June, to acquire the business of P. M. Parsons, carried on at the works at St. Georges Wharf, Deptford, London. [1]. Directors included W Colchester, chairman of the Lawes Chemical Manure Co of Ipswich, W. Pearce of John Elder and Co of Glasgow, P. M. Parsons, etc; manager of the works was P. E. Parsons; temporary offices were at 3 Walbrook, London EC[2].

c.1890 Making screw propellers for a range of clients

1897 'NOTICE is Hereby Given that, by an Order dated the 12th day of February, 1897 (and made by the Honourable Mr Justice Kekewic) in an action wherein the MANGANESE BRONZE AND BRASS COMPANY, Limited, were Plaintiffs, and JOHN WEST was Defendant, the Defendant was (amongst other things) ordered to be perpetually restrained from passing, or attempting to pass off, and from enabling others to pass off, ALLOYS or METALS, not being goods of the Plaintiffs, by the use of the term "Parsons' White Brass," or in any other way, and also from supplying to persons ordering Parsons' White Brass any Alloy or Metal not being the goods of the Plaintiffs, and also from infringing the Plaintiffs' Registered Trade Mark (No. 127), and that the Defendant was also ordered to pay the Plaintiffs the sum of £150 for damages and costs.'[3]

1899 Public company. The company was reconstructed in connection with an increase in the capital, re-registration taking place on 10 March.

1914 Listed as manufacturing the above. Also Electric, Hydraulic and other work, manufacturers of Damaxine and Turbadium and Parsons' White Brass in various grades; suppliers of bronze propellers to all the leading navies and steamship lines of the world. [5]

1933 Note accompanying report of annual results mentioned that the company was controlled by British Metal Corporation[6].

1934 The Thames was home to specialists in propellors - J. Stone and Co at Deptford and Charlton made 4 of the largest propellors ever made for vessel #534 being constructed on the Clyde; Manganese Bronze and Brass Co made the other four[7].

1936 British Metal Corporation sold its shareholding to Anglo-French Trust which was followed by a capital reorganisation allowing shareholders to subscribe for more shares and gace the company capacity to borrow money in future; turnover increased substantially with the increase in shipbuilding so expansion was likely to be needed; demand for Oilite bearings was likely to increase[8].

1938 Propellor works at Millwall; extrusion and rolling of specialized alloys at Ipswich[9].

1951 Progress in design of propellors would be aided by the new cavitation tunnel at Durham University; new alloy Nikalium developed as replacement for manganese bronze[10].

1958 Expansion of Lightalloys into doors for railway stock.

1959 Took over Redro Ltd with its subsidiaries Deans and Son (Yorkshire) Ltd and Beverley Fibre Glass Ltd, all located at Beverley, manufacturers of manual and power-operated doors for road and rail vehicles. Declining demand for propellors but new developments such as variable pitch were in demand[13].

1960 Formation of Stone-Manganese Marine to handle overseas sale of marine products of Manganese Bronze and Brass Co, J. Stone and Co (Propellors), Bulls Metal and Marine, and Steven and Struthers[14]. Factory at Willesden sold; Lightalloys merged with Deans at Beverley[15].

1963 Stone-Platt took over the marine division based at Birkenhead[19].