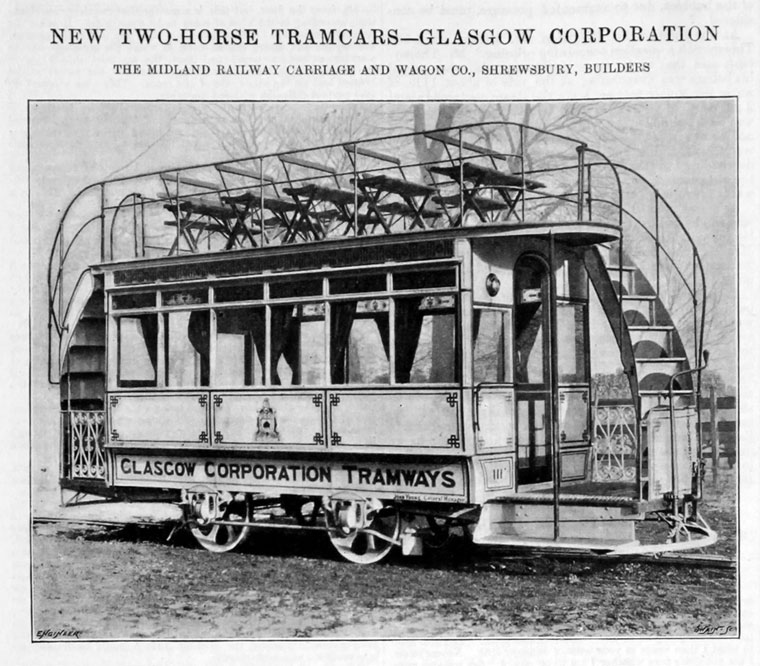 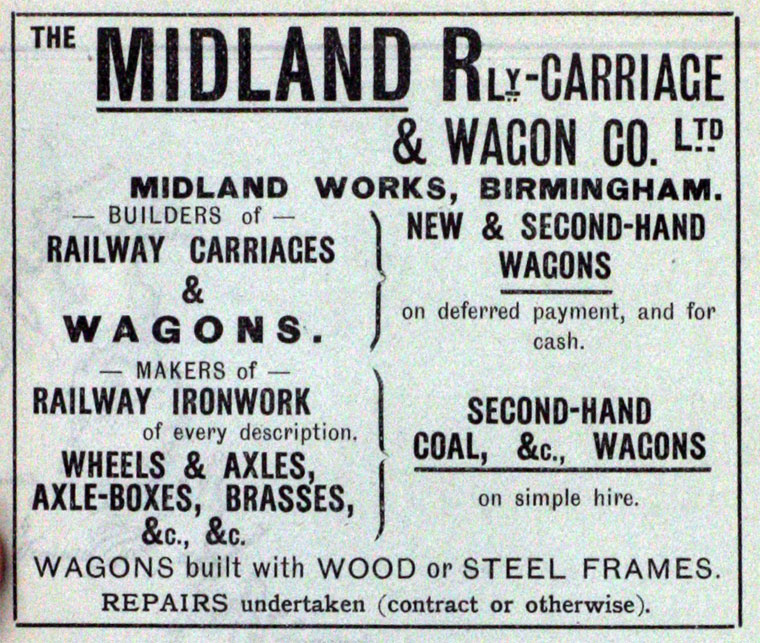 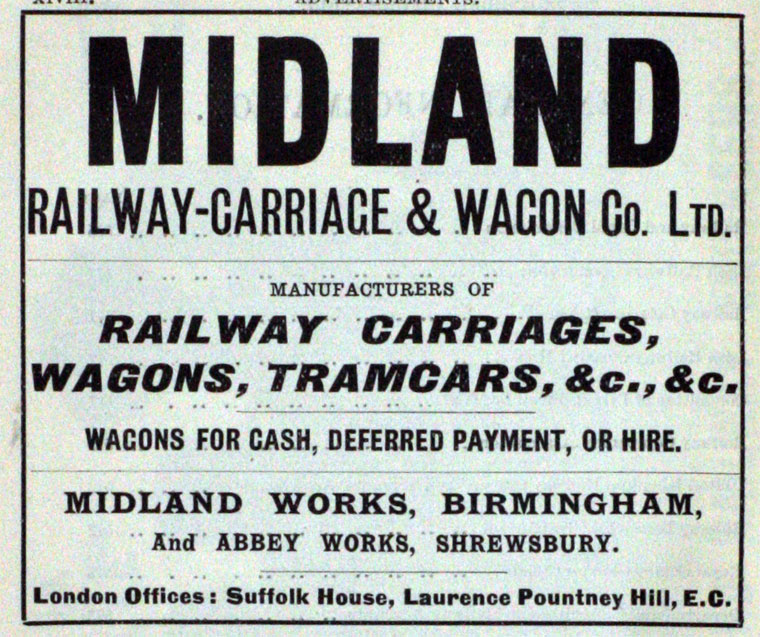 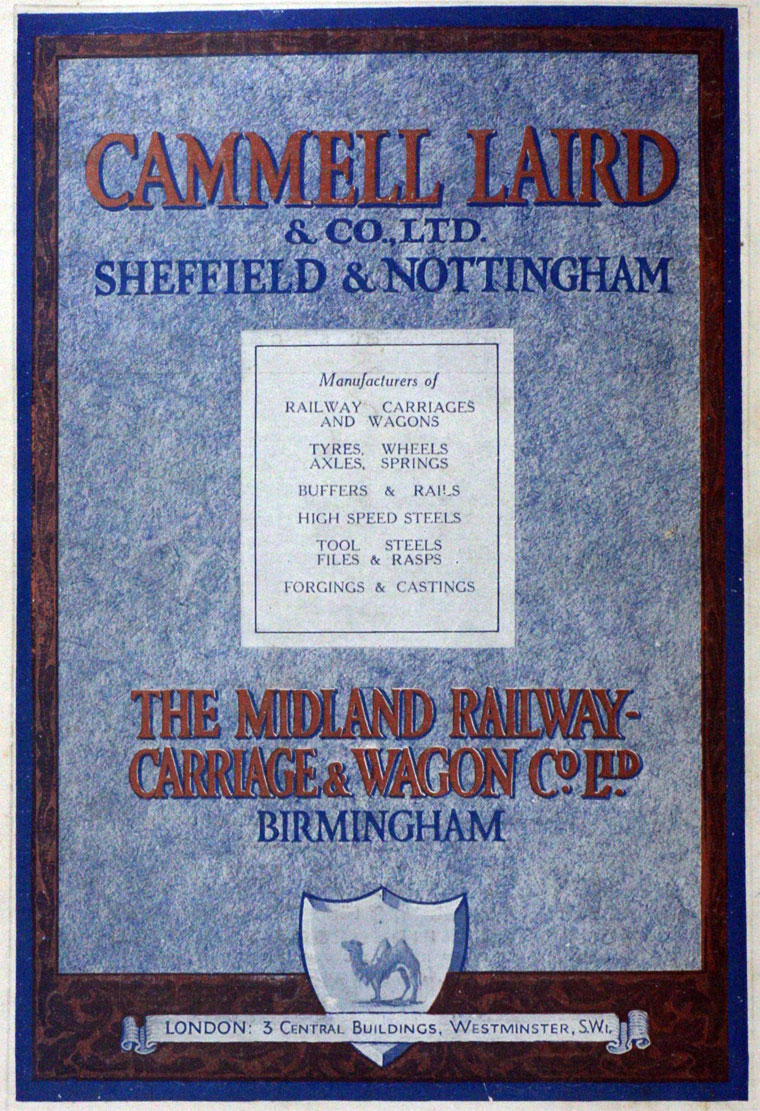 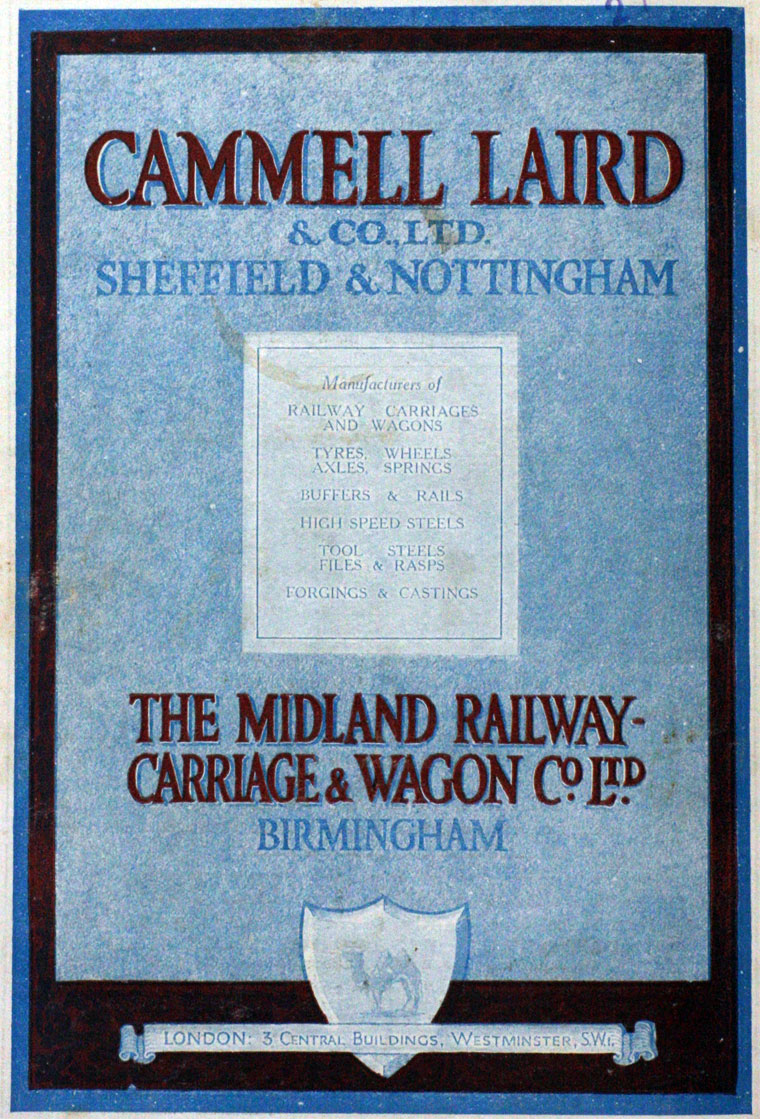 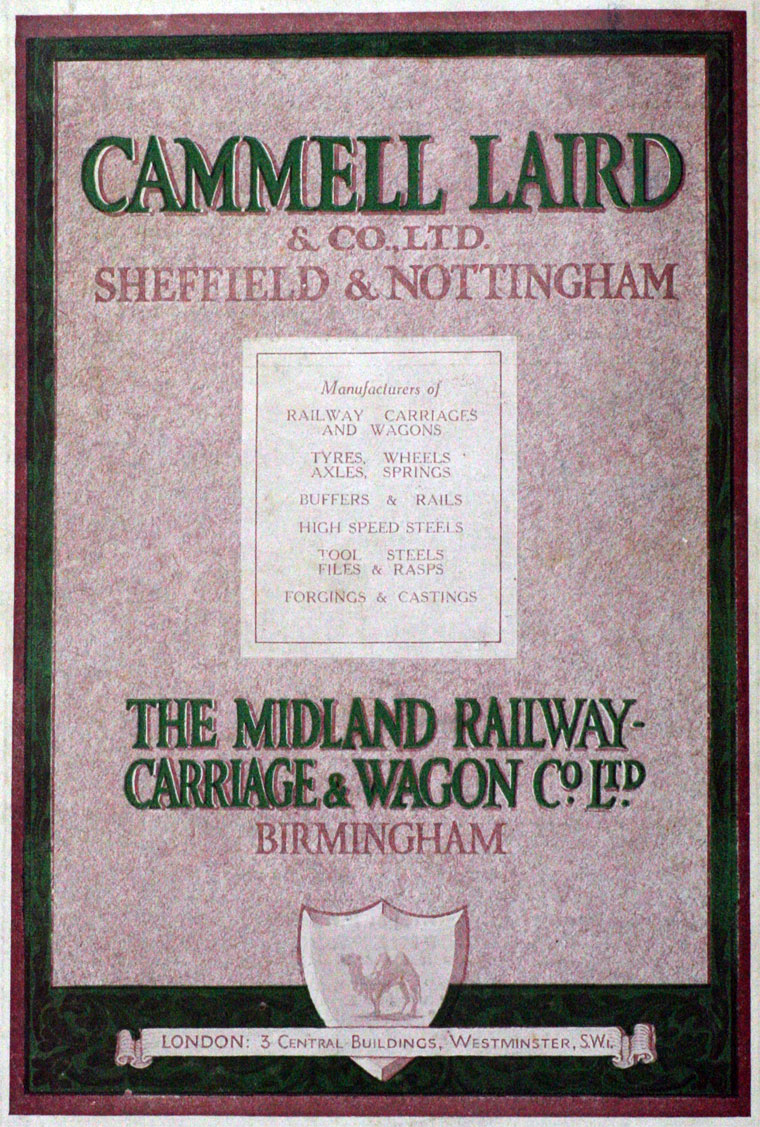 of Washwood Heath, Birmingham and Shrewsbury

1853 The company was established.

In addition to building stock for practically all the British railways, the firm completed contracts for many countries world-wide.

1894 The company (of Shrewsbury) constructed a fleet of new Two-Horse Forty-Seat Tramcars for Glasgow Corporation Tramways. Article and illustrations in 'The Engineer'. [2]

1912 Moved from Landor Street to new works at Washwood Heath in Birmingham.

1918 Wagon Repairs was established to acquire the wagon-repairing business of various wagon-building firms including the Midland Railway Carriage and Wagon Co.

By 1924 was an associate company of Cammell, Laird and Co

1926 Received an order from the London and North-Eastern Railway for four articulated trains comprising thirty-two coaches in all.[5]

1929 Vickers, after acquiring the shares of the Metropolitan Co, came together with Cammell, Laird and Co and each merged their rolling stock interests to form Metro Cammell.