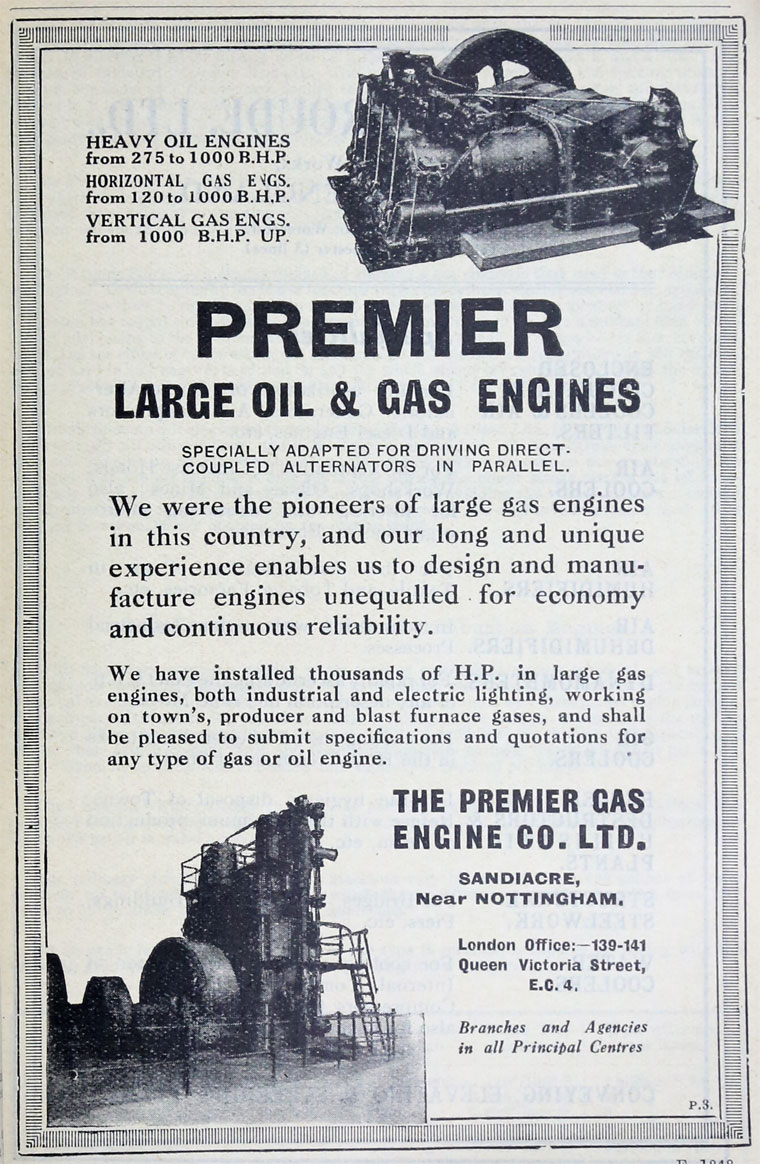 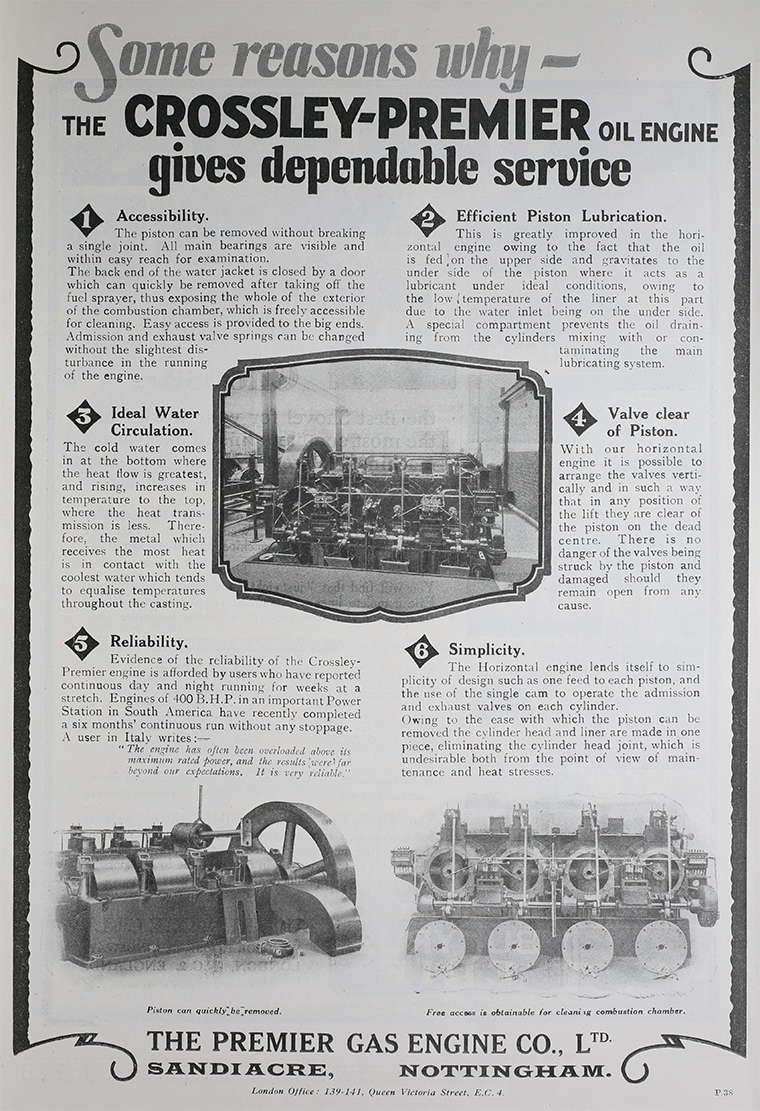 1903 Thomas Wright (1866-1919) was appointed works manager after severing his connection with Siemens Brothers and Co.[2]

1919 The company was bought by Crossley Brothers

1934 Three pumps installed at Kings Lynn by Gwynnes Pumps of London and Lincoln, claimed to be the world's largest; driven by 1000 bhp engines from Premier Gas Engine Co[4].

1935 The name was changed to Crossley-Premier Engines Ltd; public offer of shares [6].

1962 Agreement to use the French Pielstick design of engines. Production of these engines, intended for ships, railway locomotives and electricity generation, was initially carried out at Nottingham.

1965 Before the Pielstick engines were established in the market, funds ran out and Crossley Brothers had to call in the receivers.

1966 The receivers of Crossley Brothers had reorganised the company and sold the business and assets to some of its subsidiaries. Subsequently Belliss and Morcom acquired Crossley-Premier Engines and Furnival and Co [8].