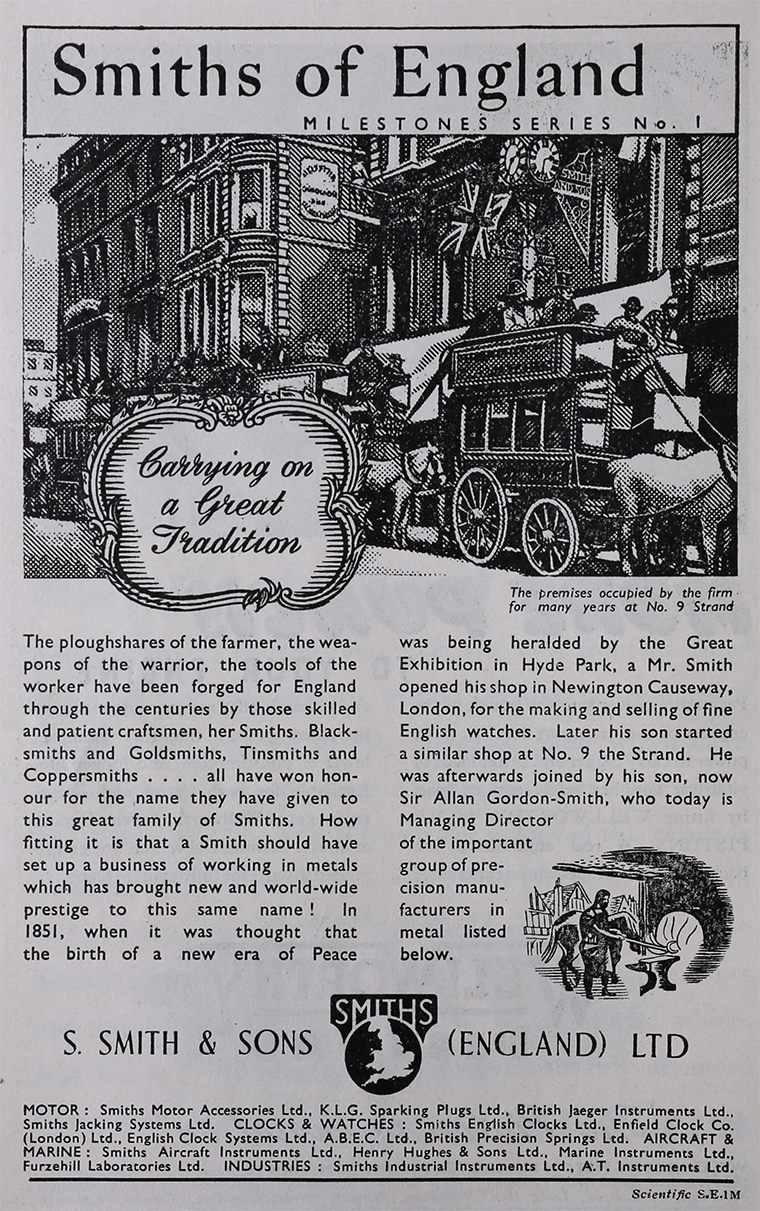 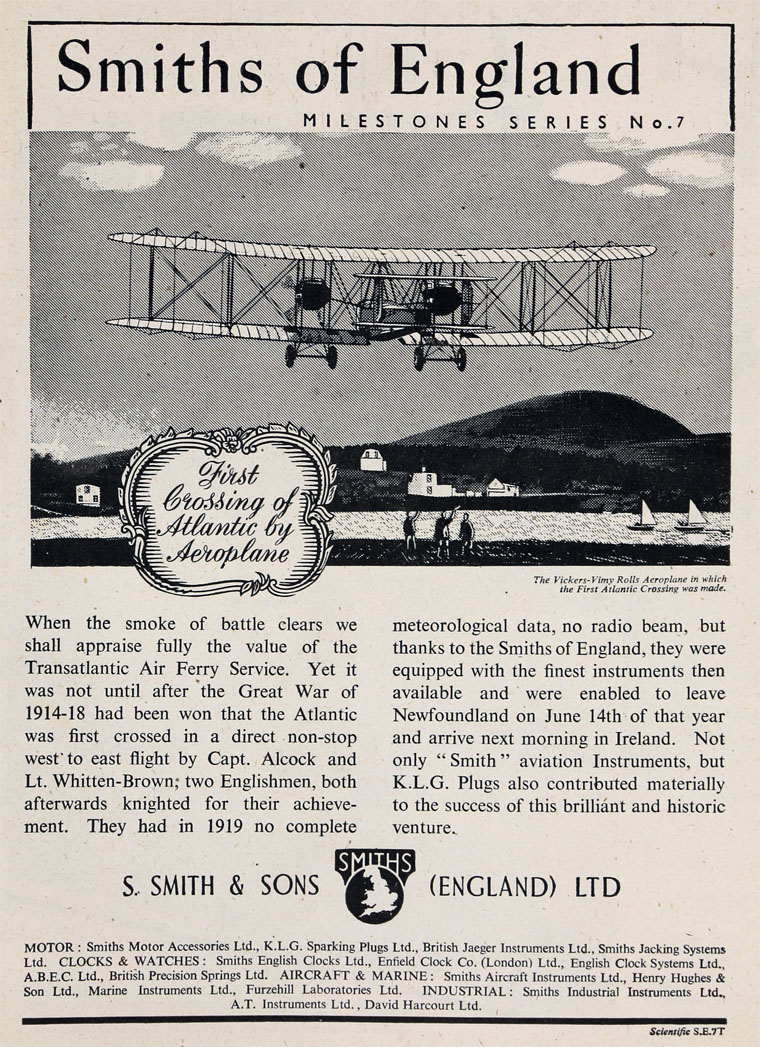 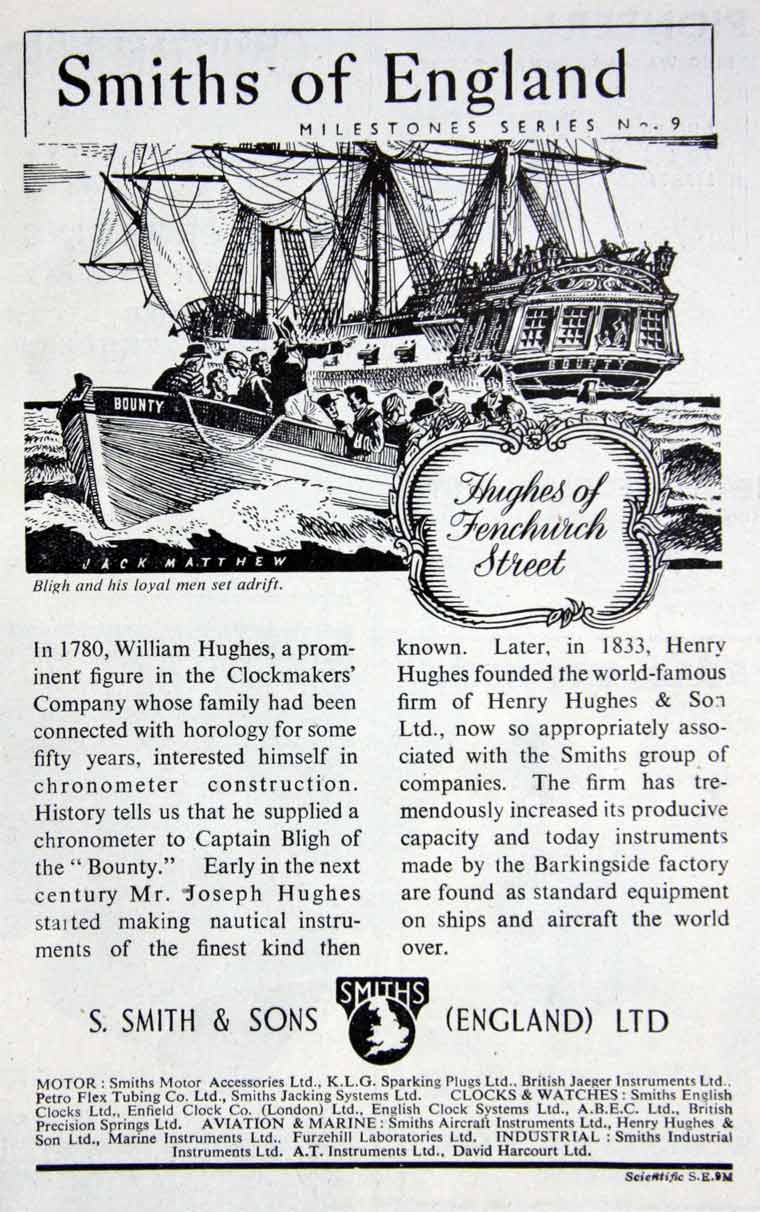 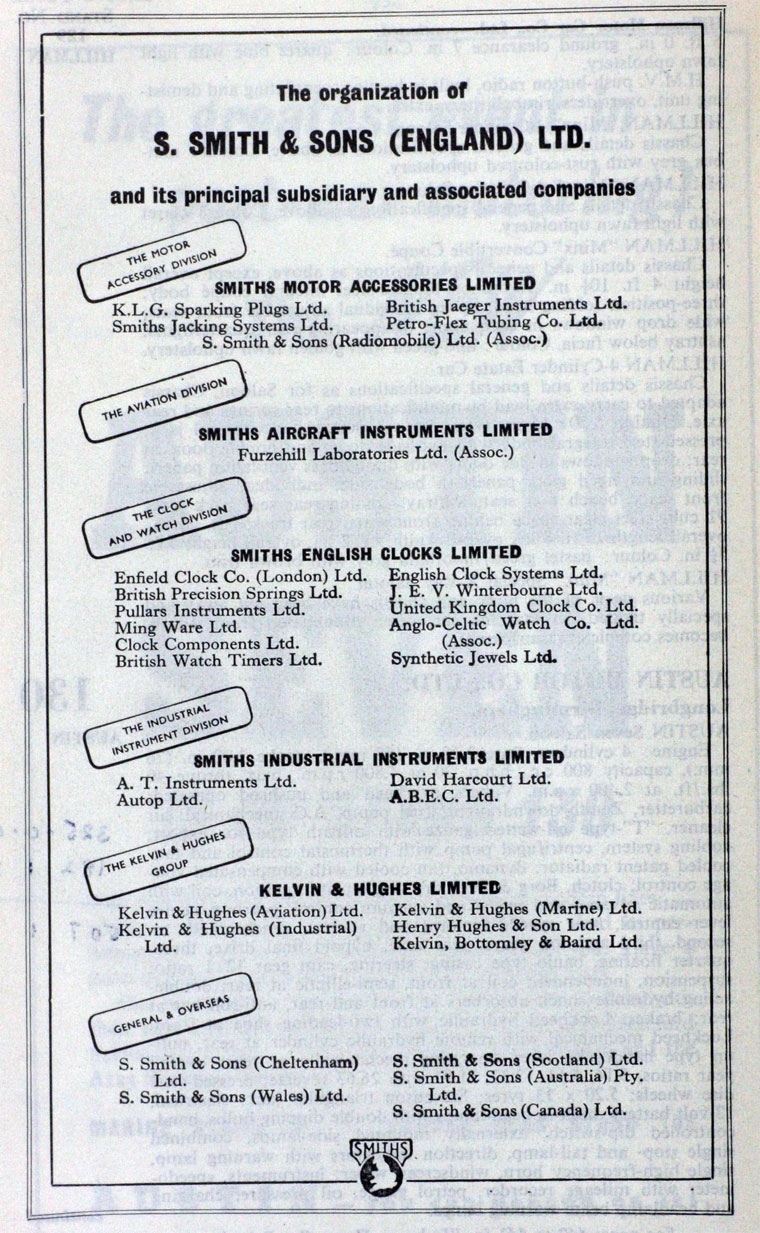 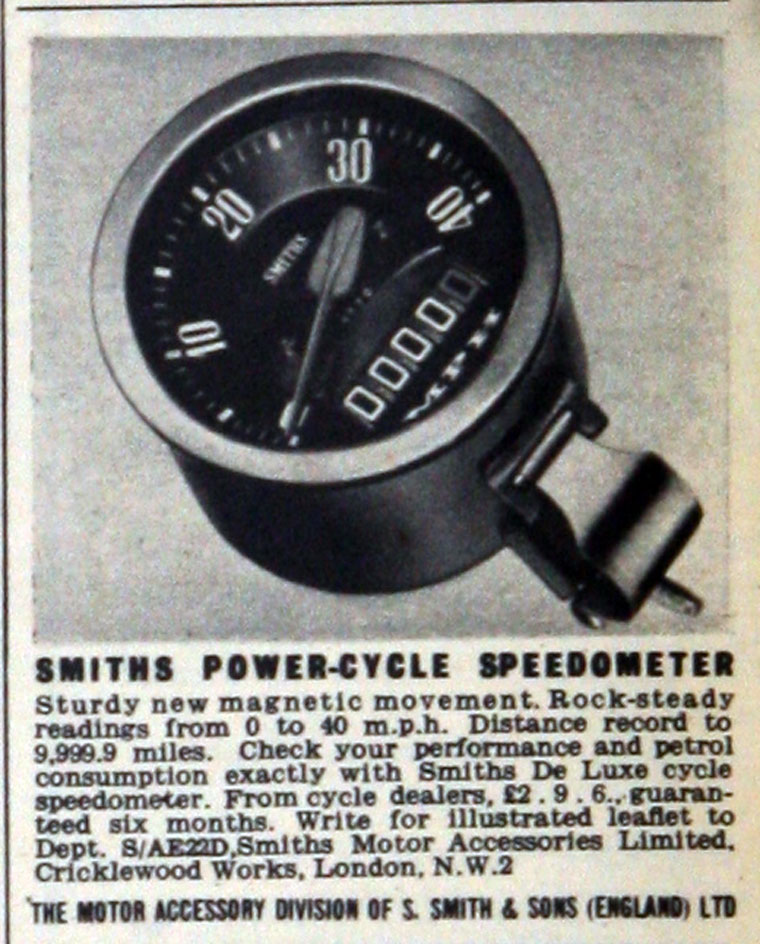 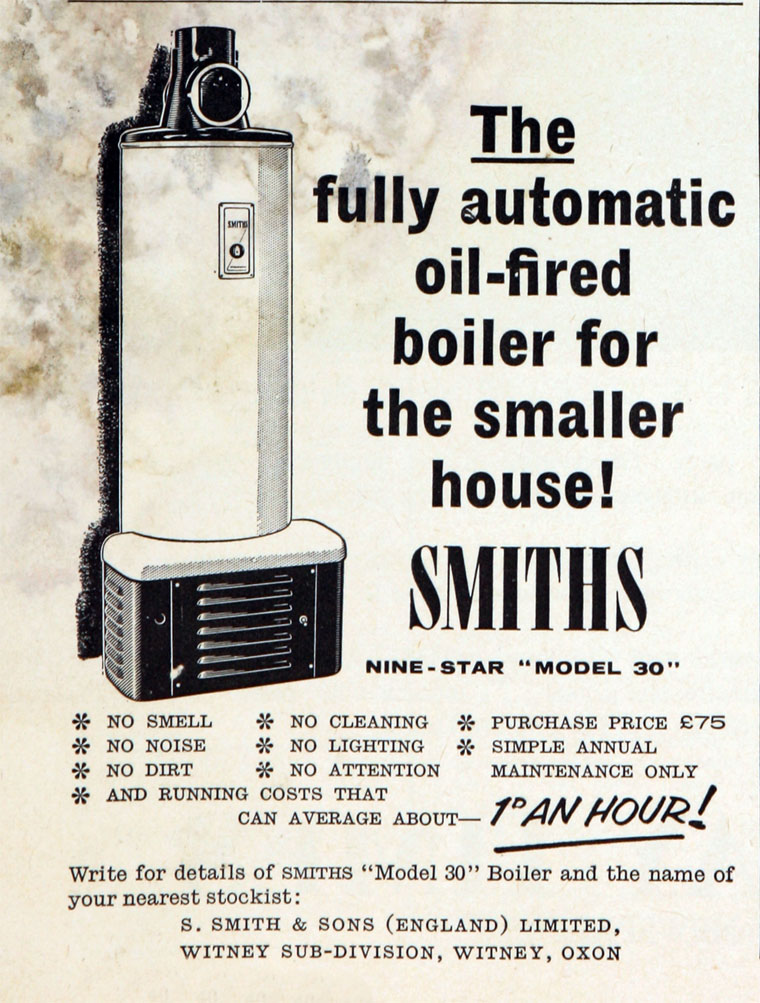 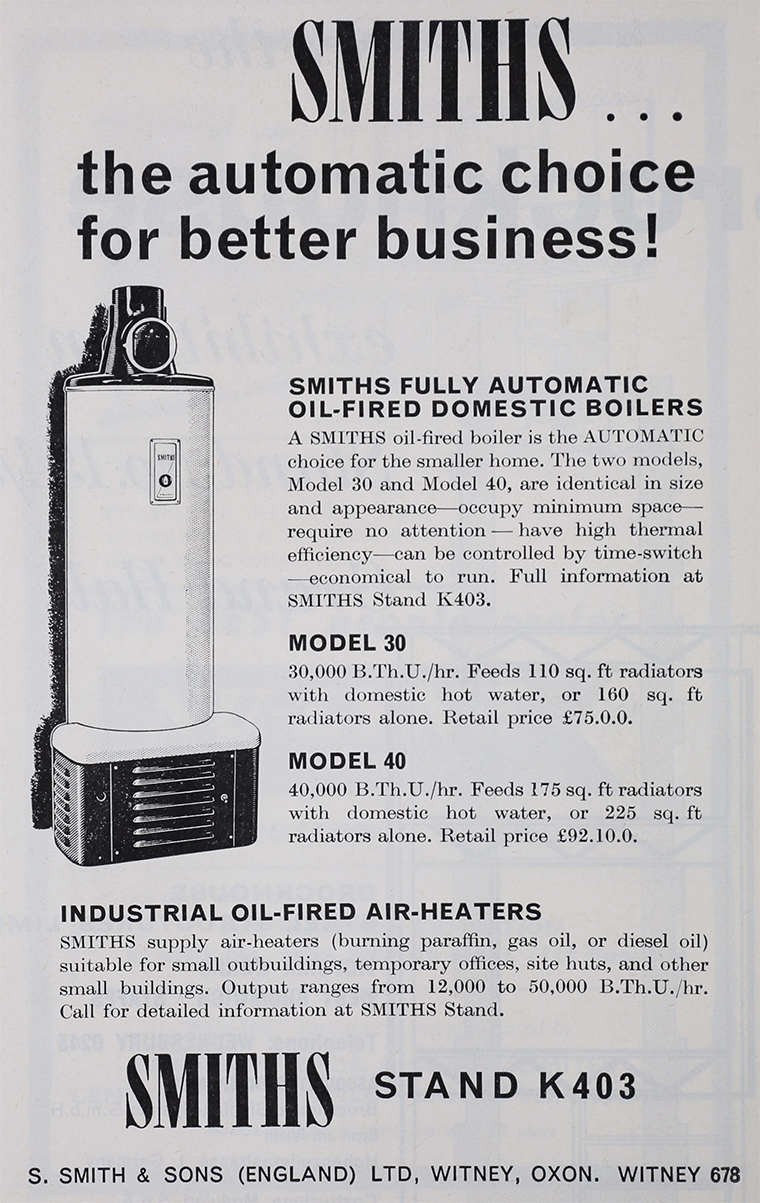 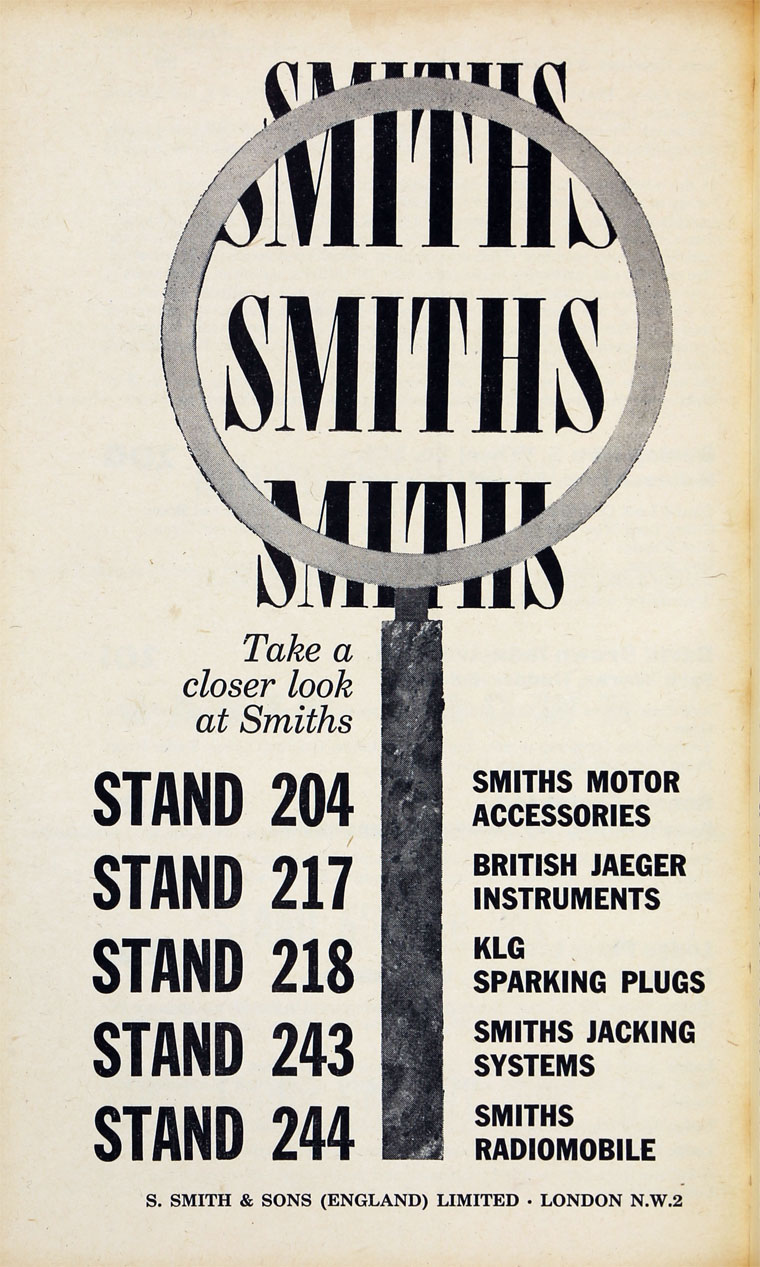 Maker of motor accessories, of Cricklewood and Cheltenham.

1953 The minority interests in Kelvin and Hughes were acquired[3]

2000 Smiths Industries merged with the TI Group and as a result of that merger the company name was changed to Smiths Group plc.