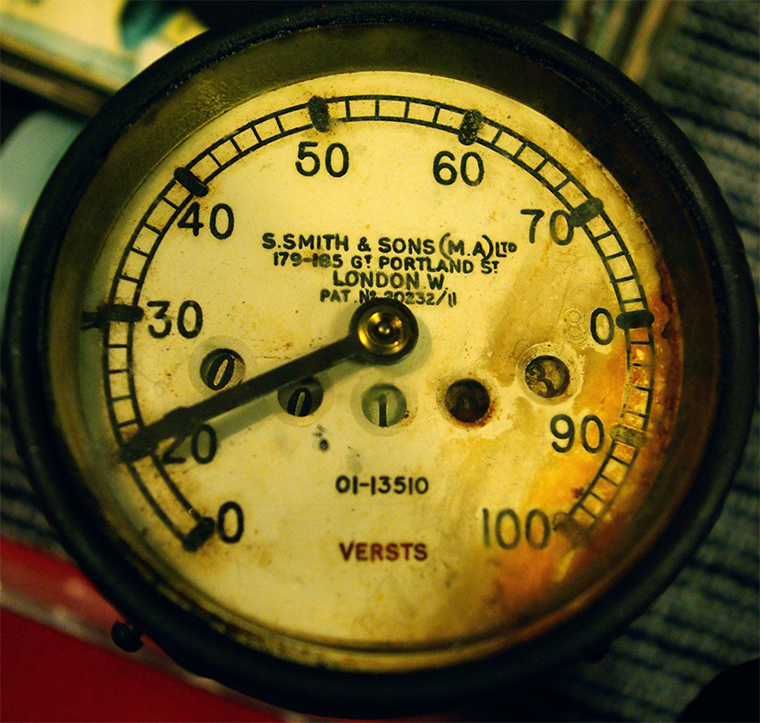 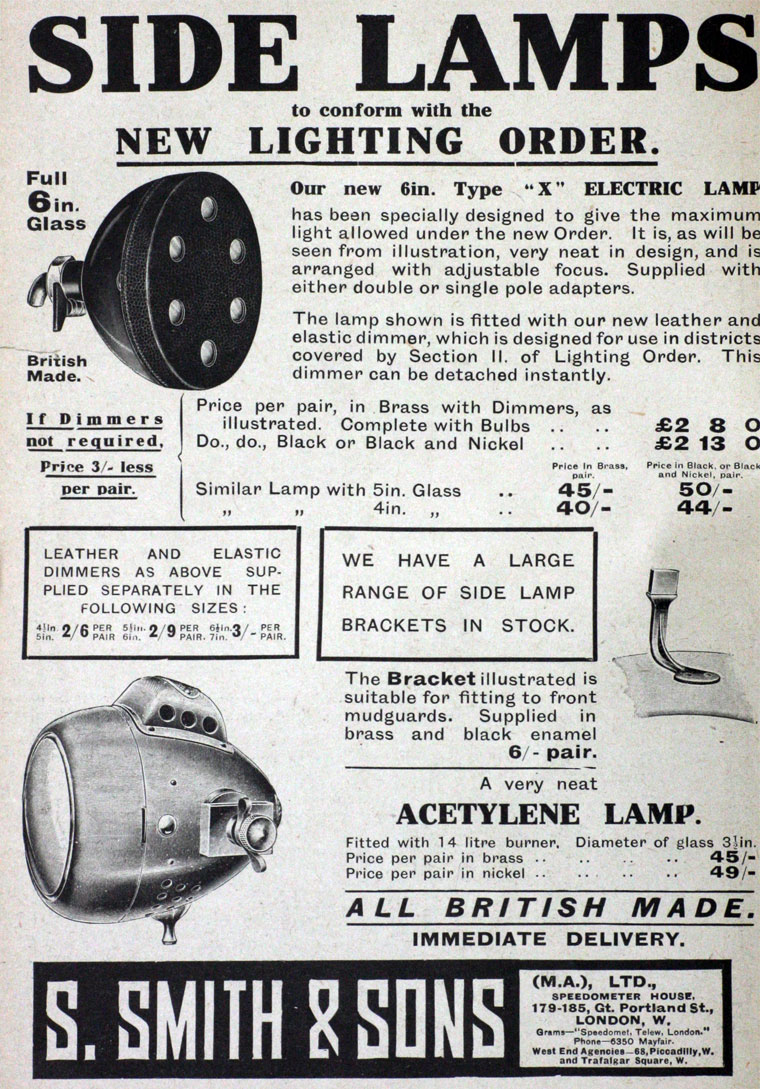 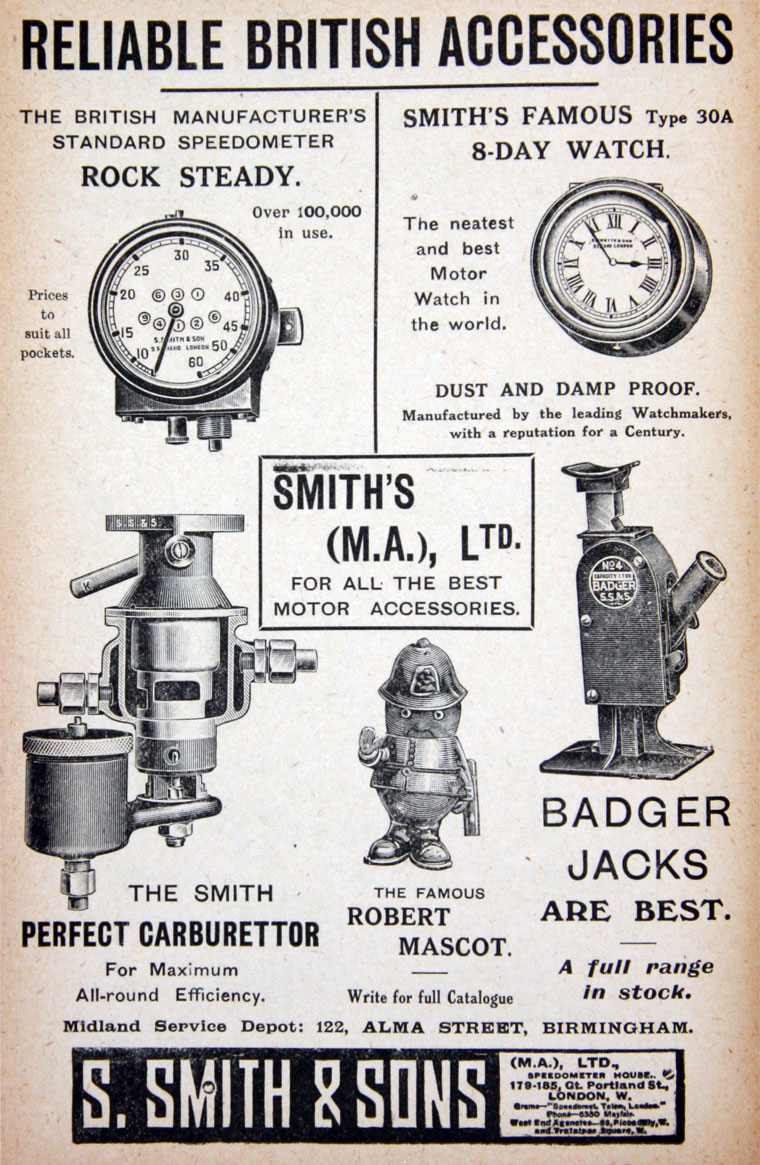 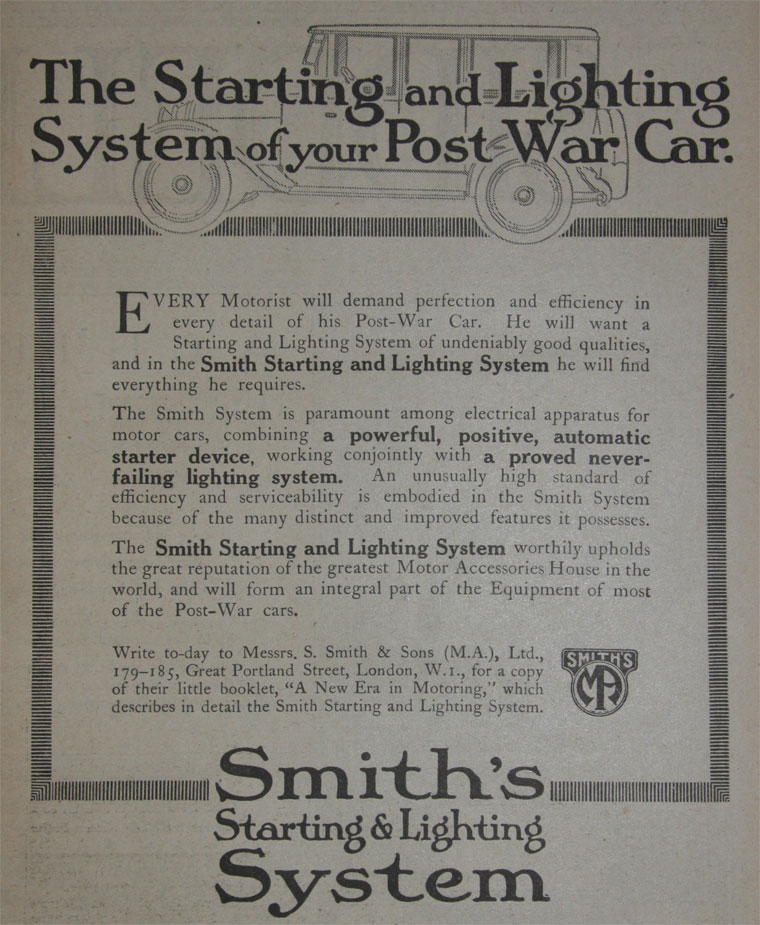 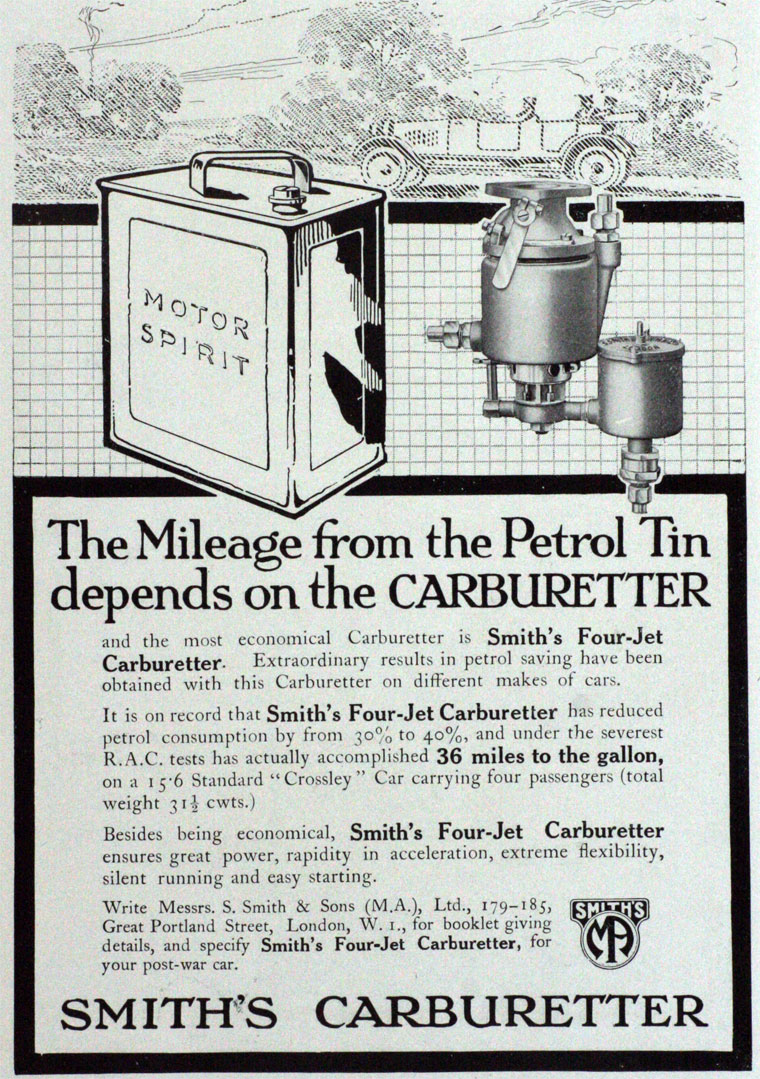 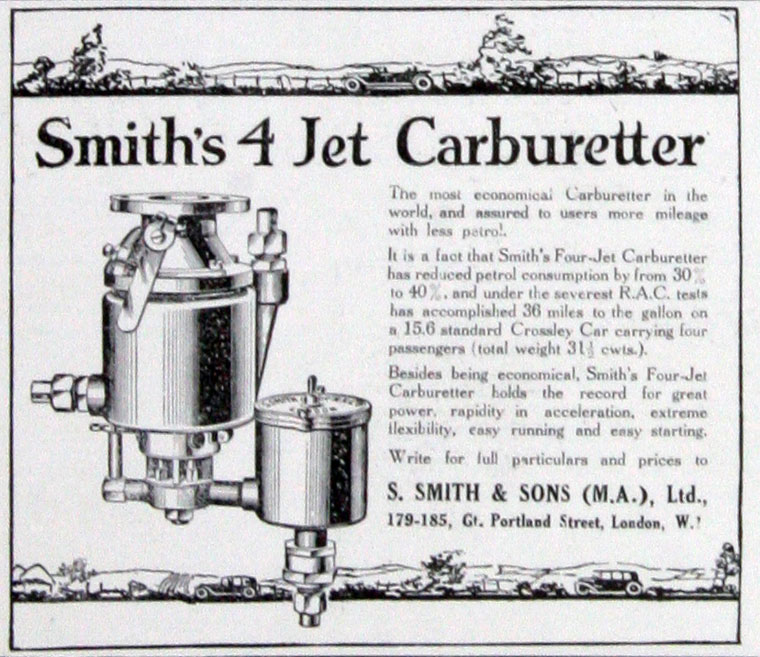 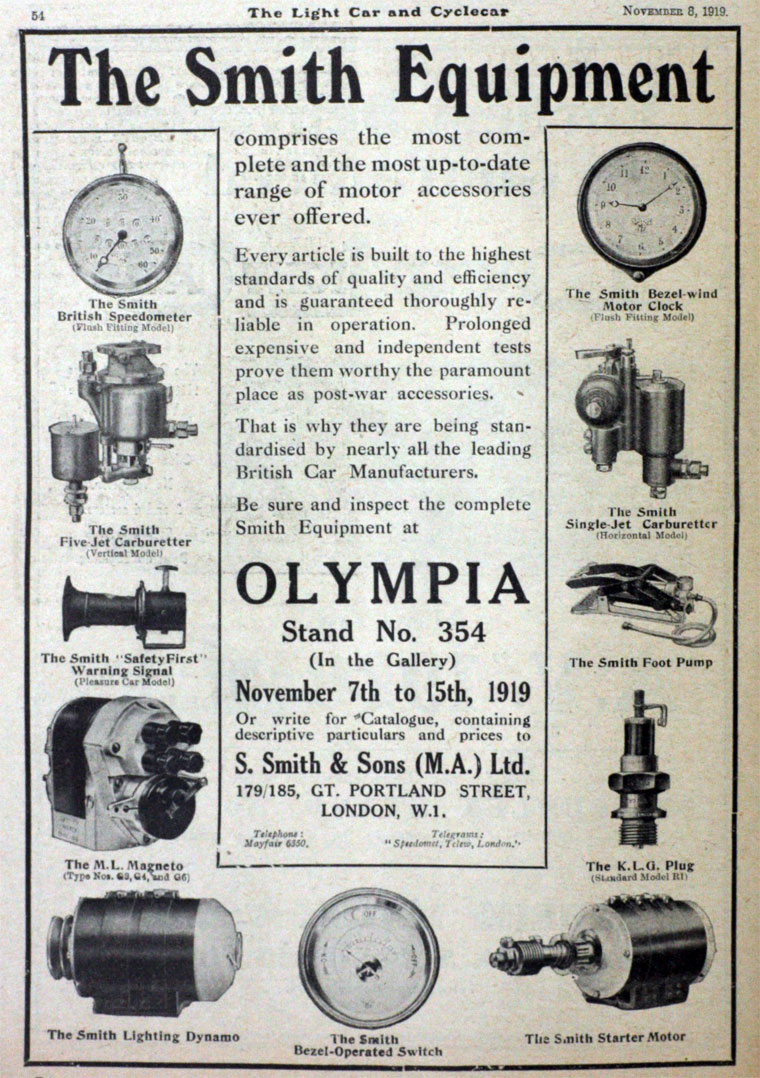 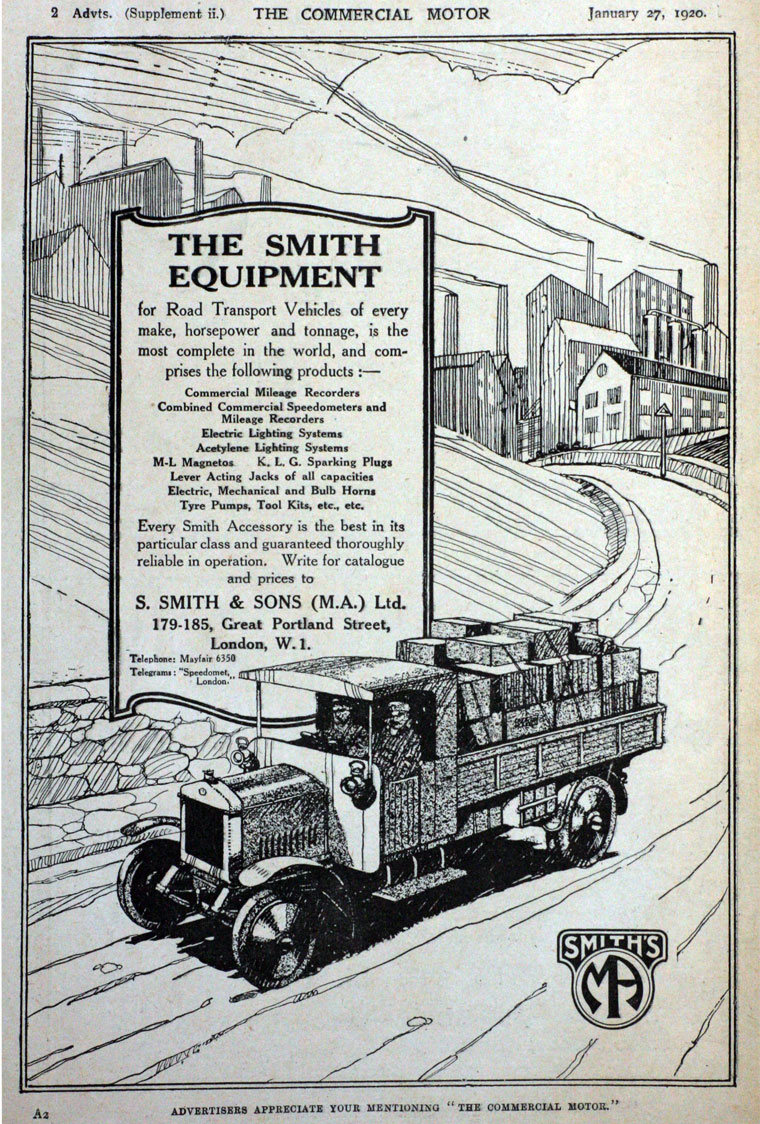 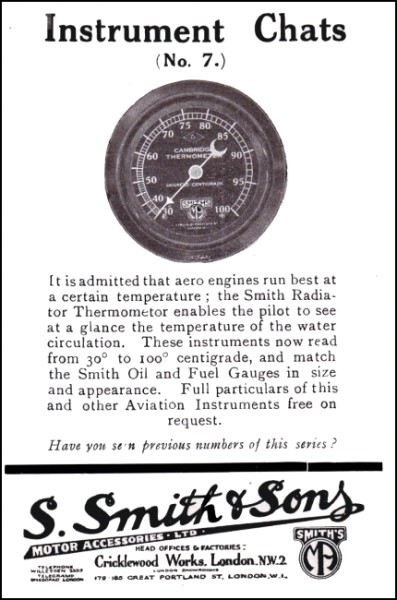 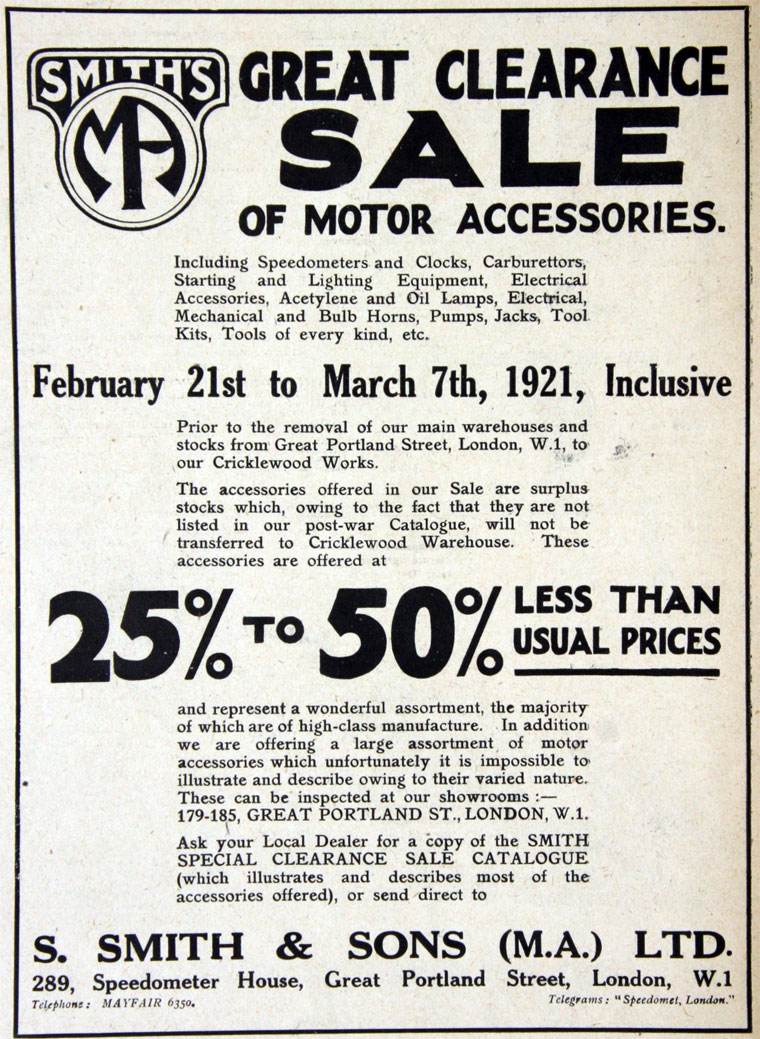 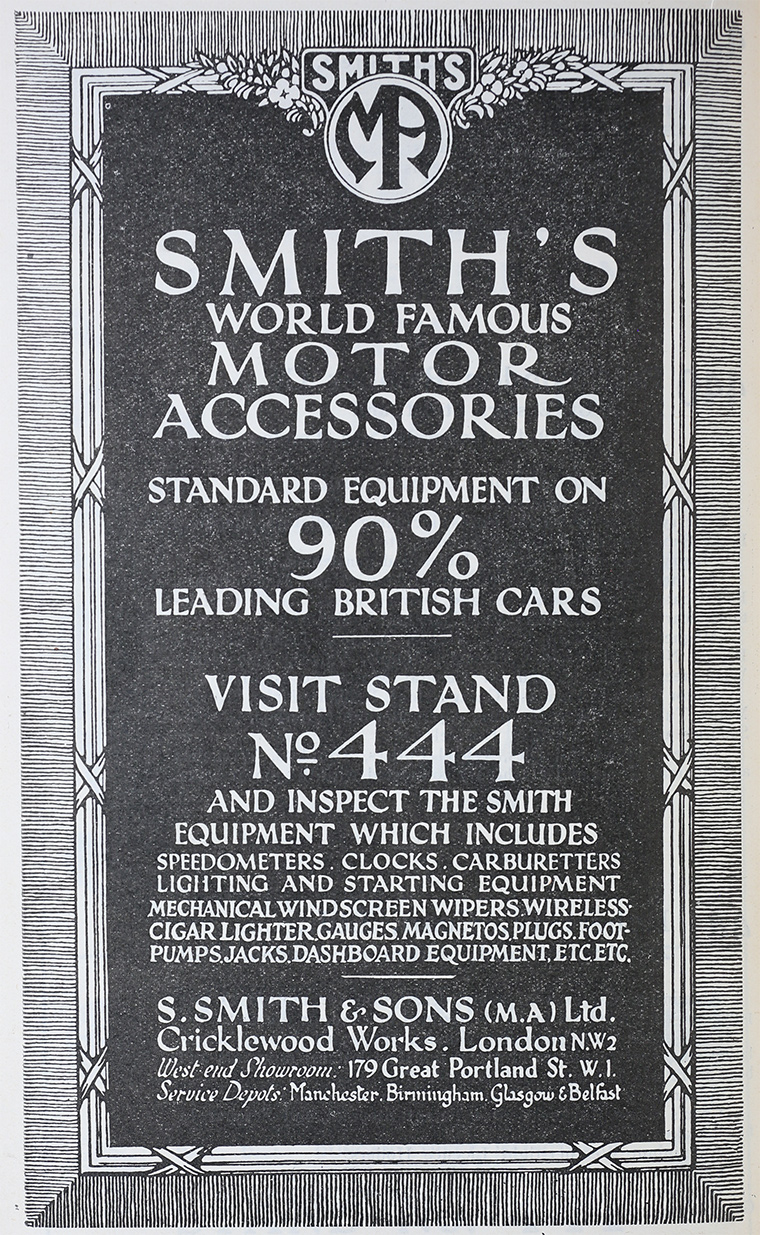 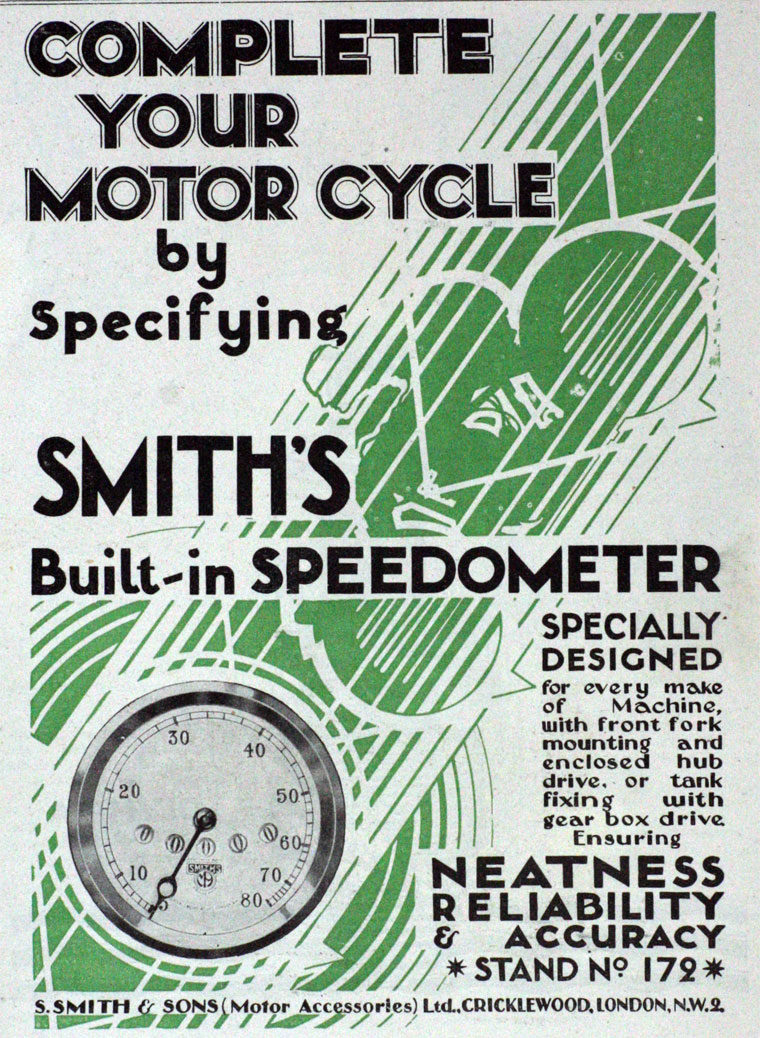 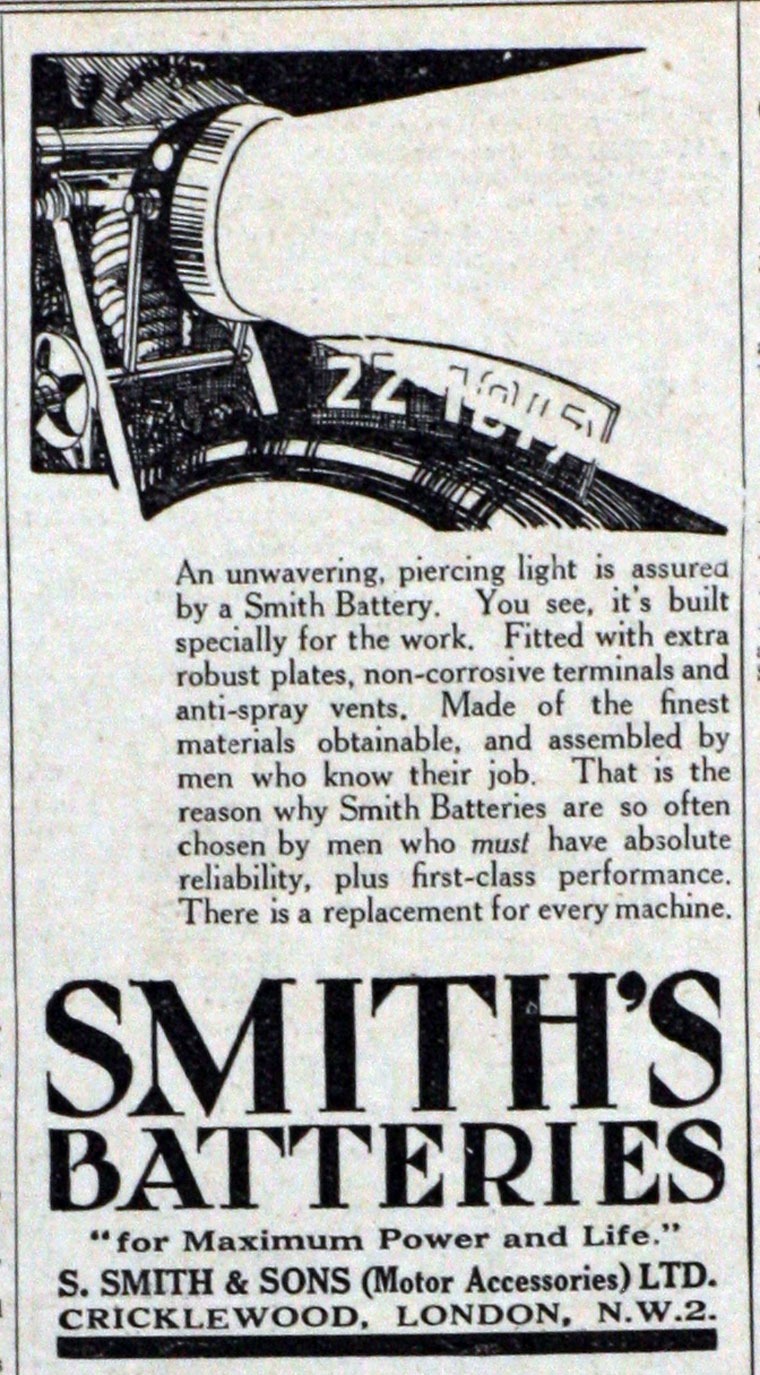 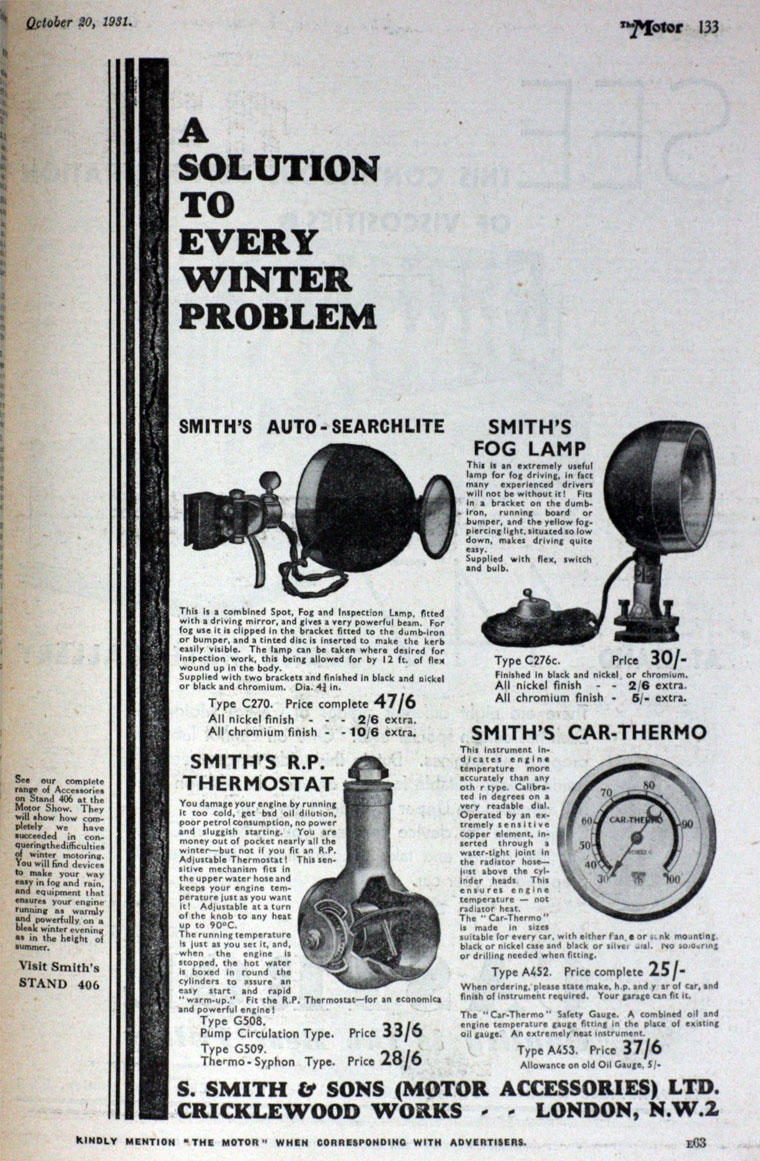 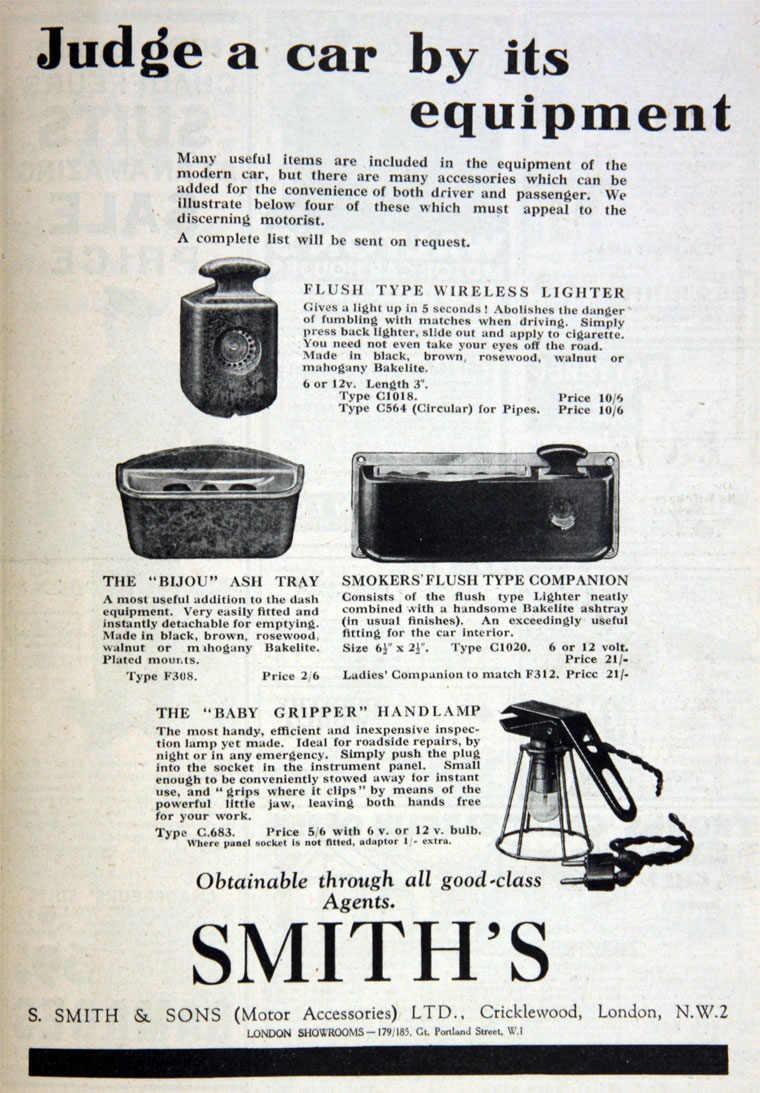 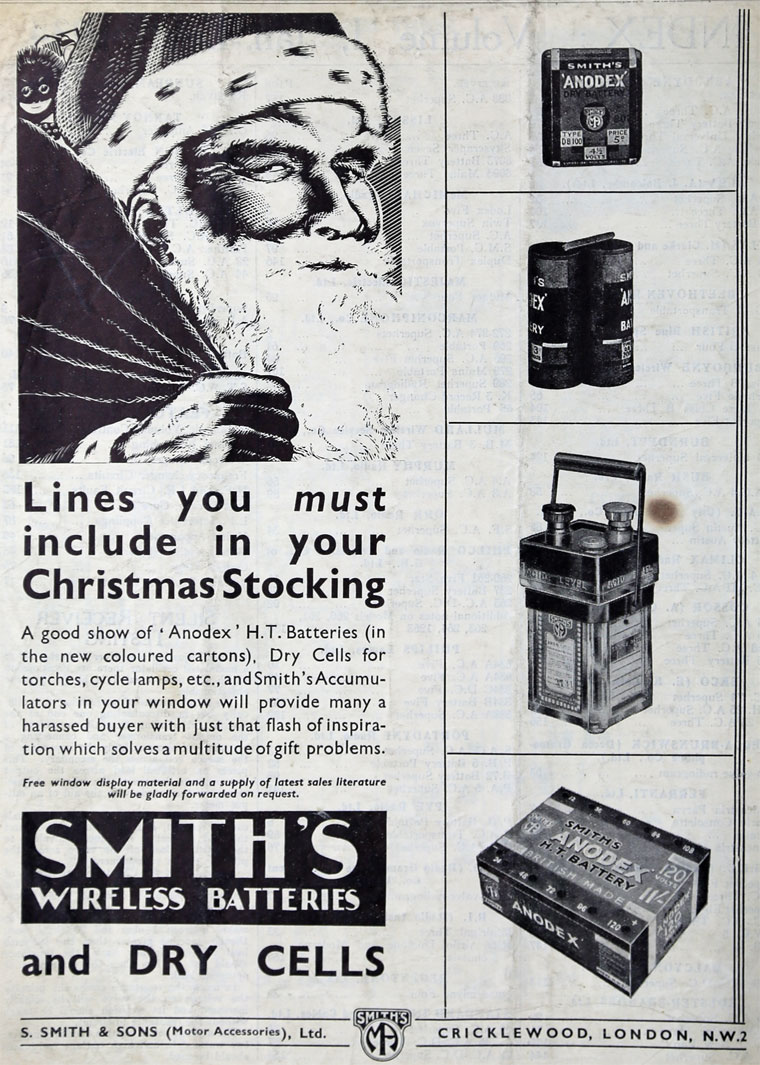 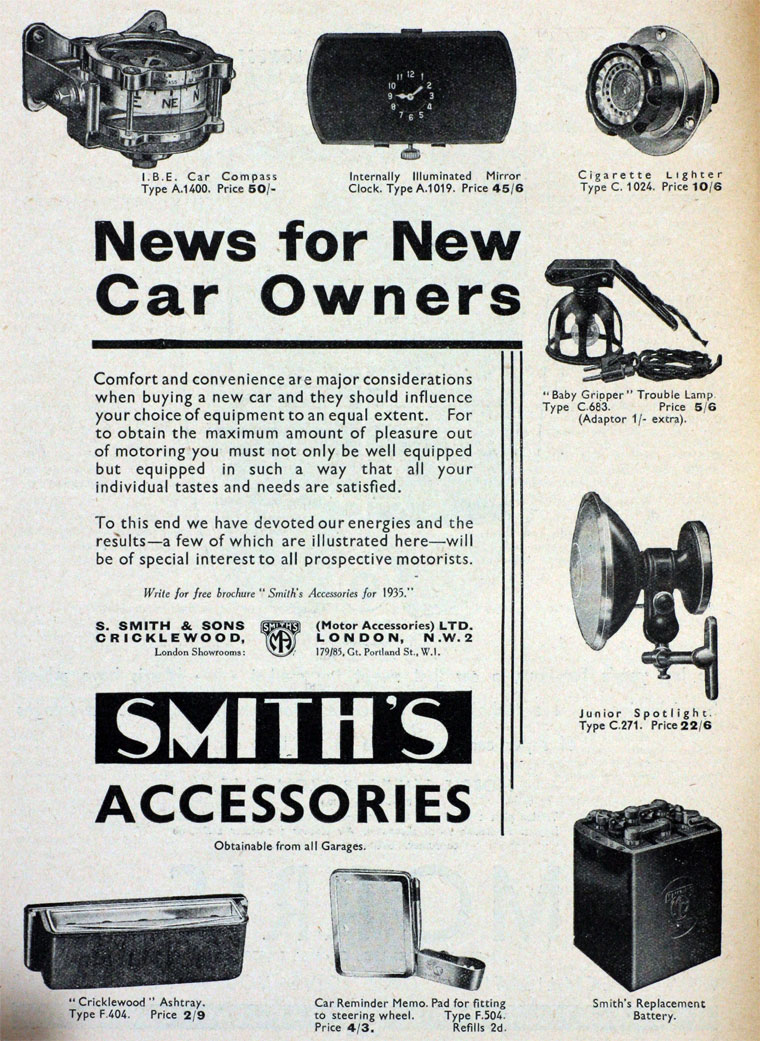 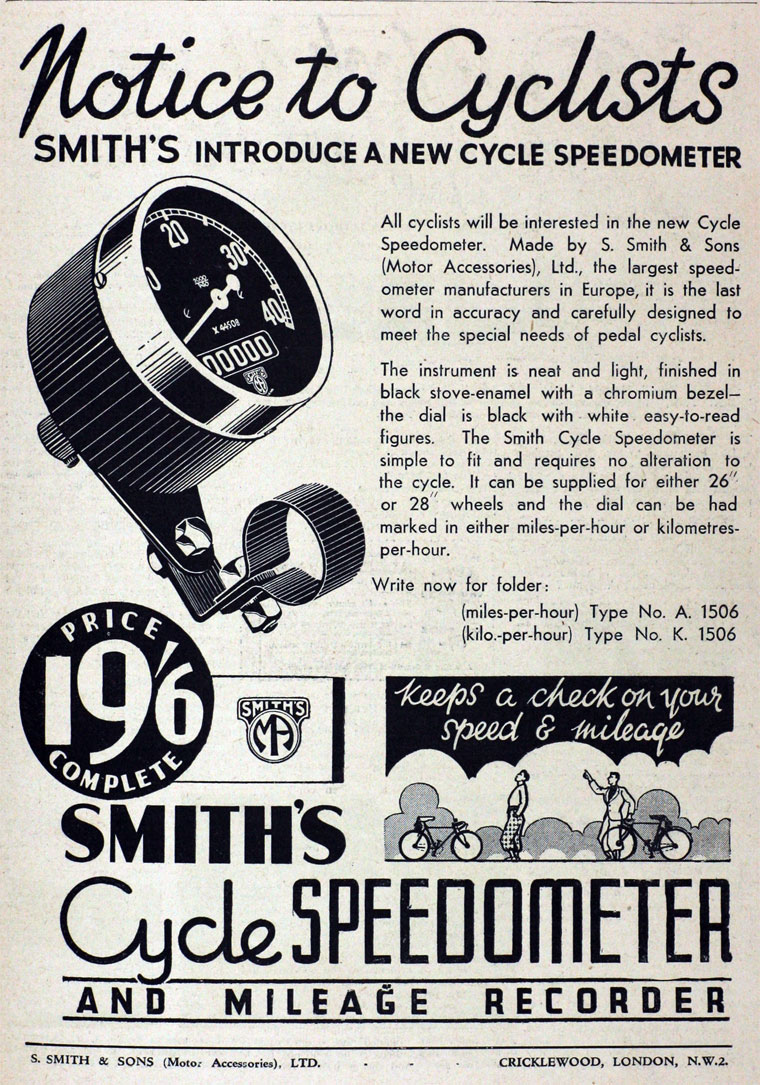 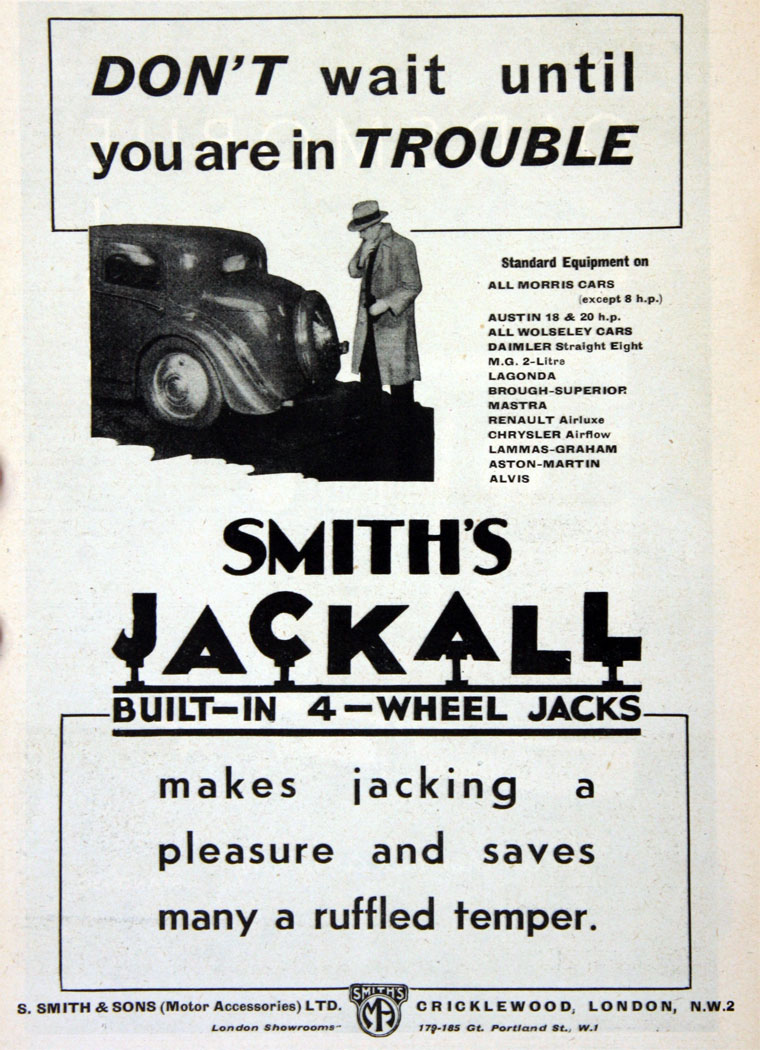 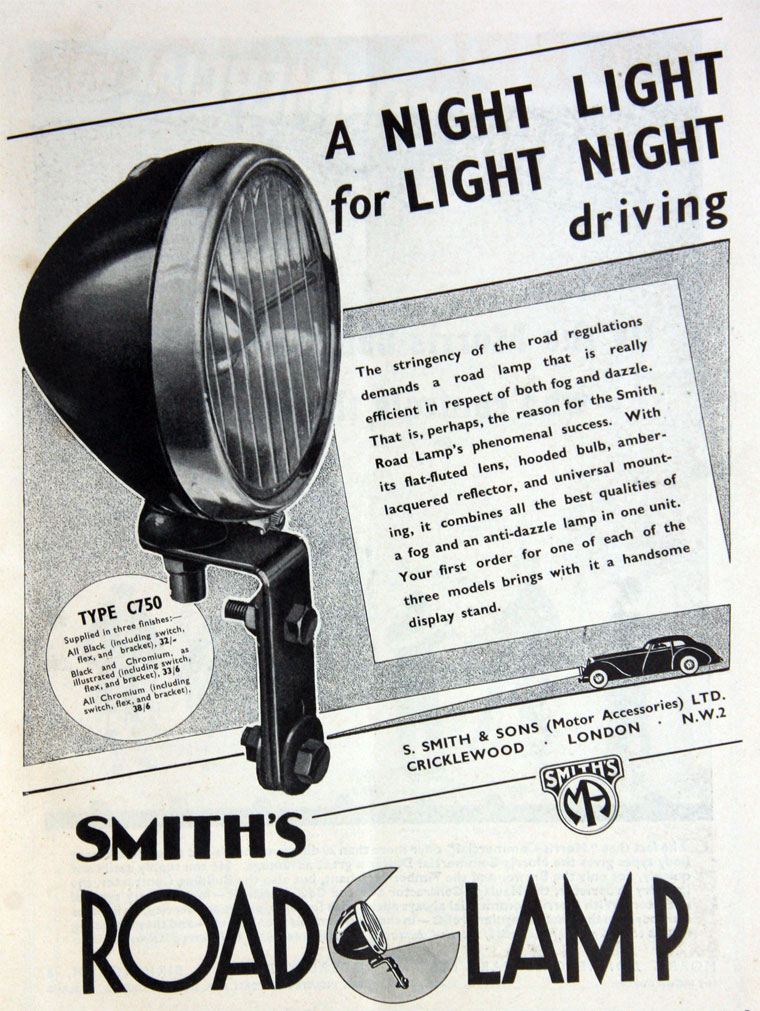 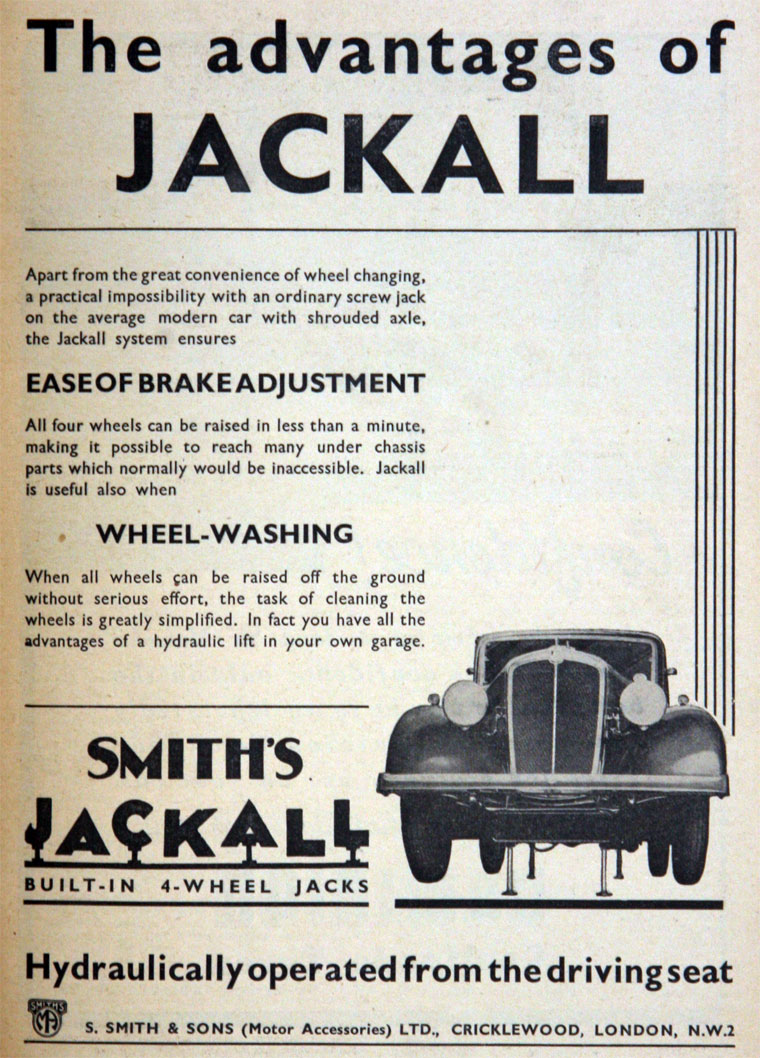 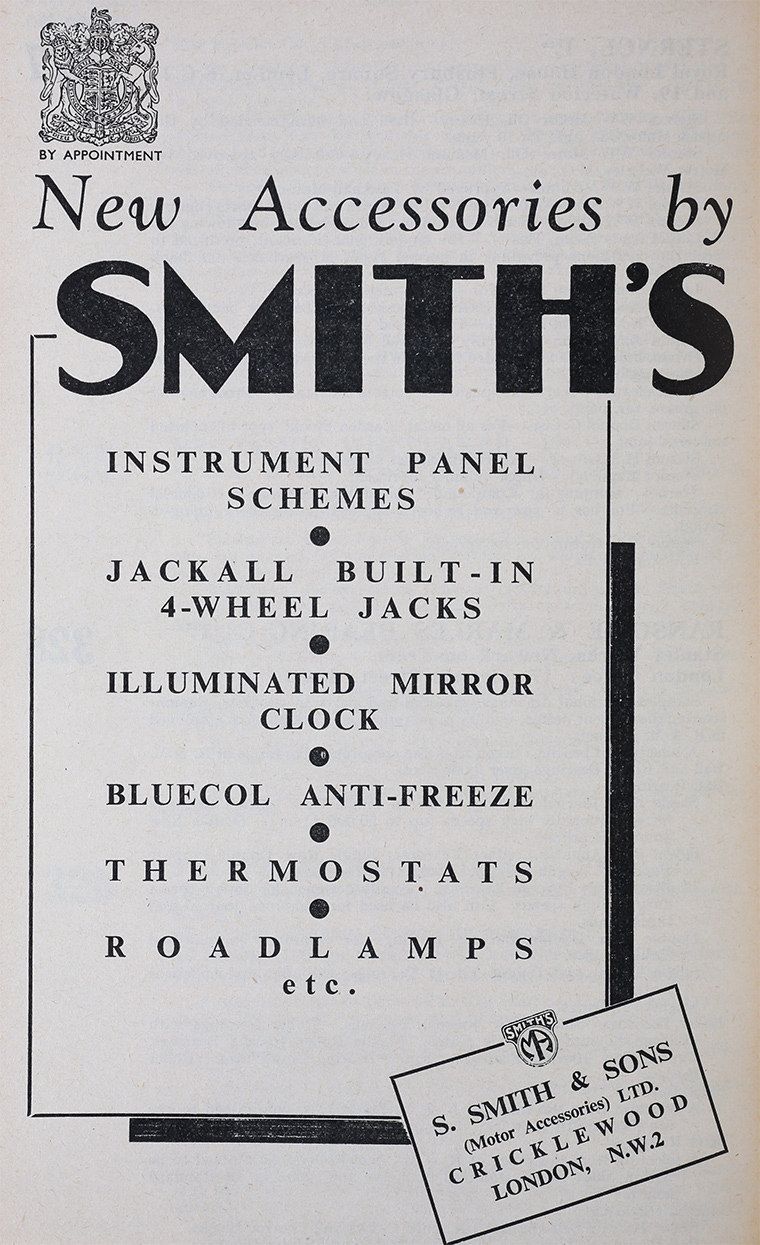 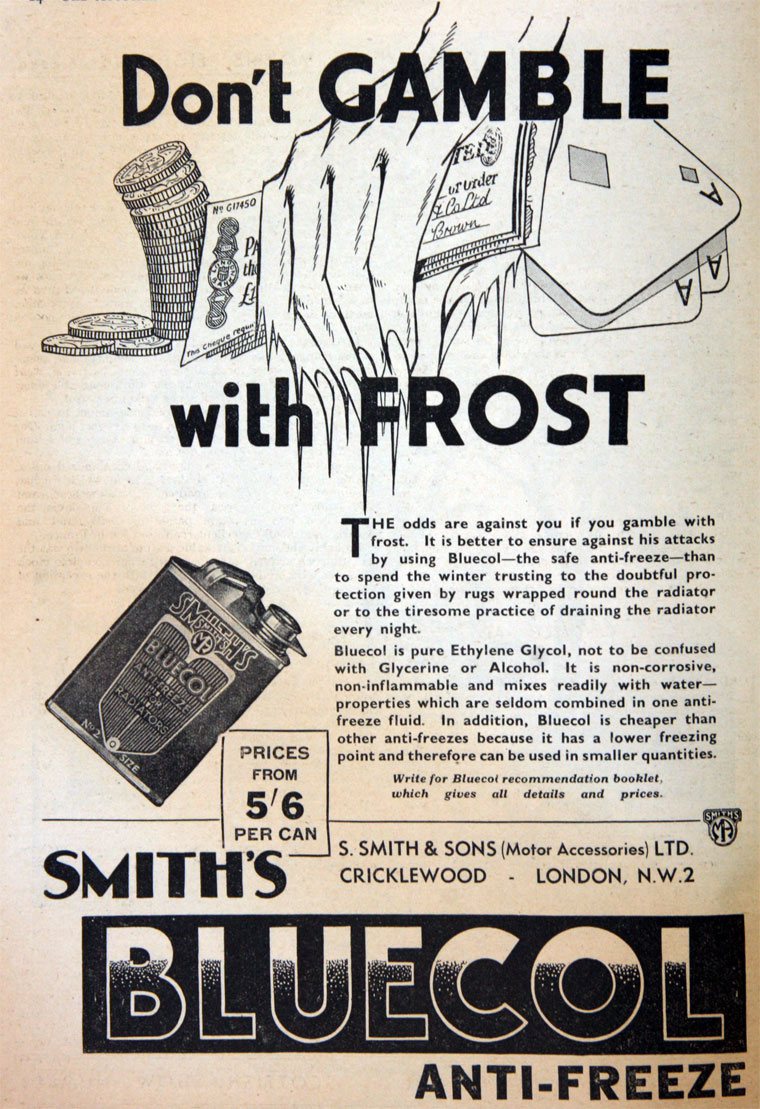 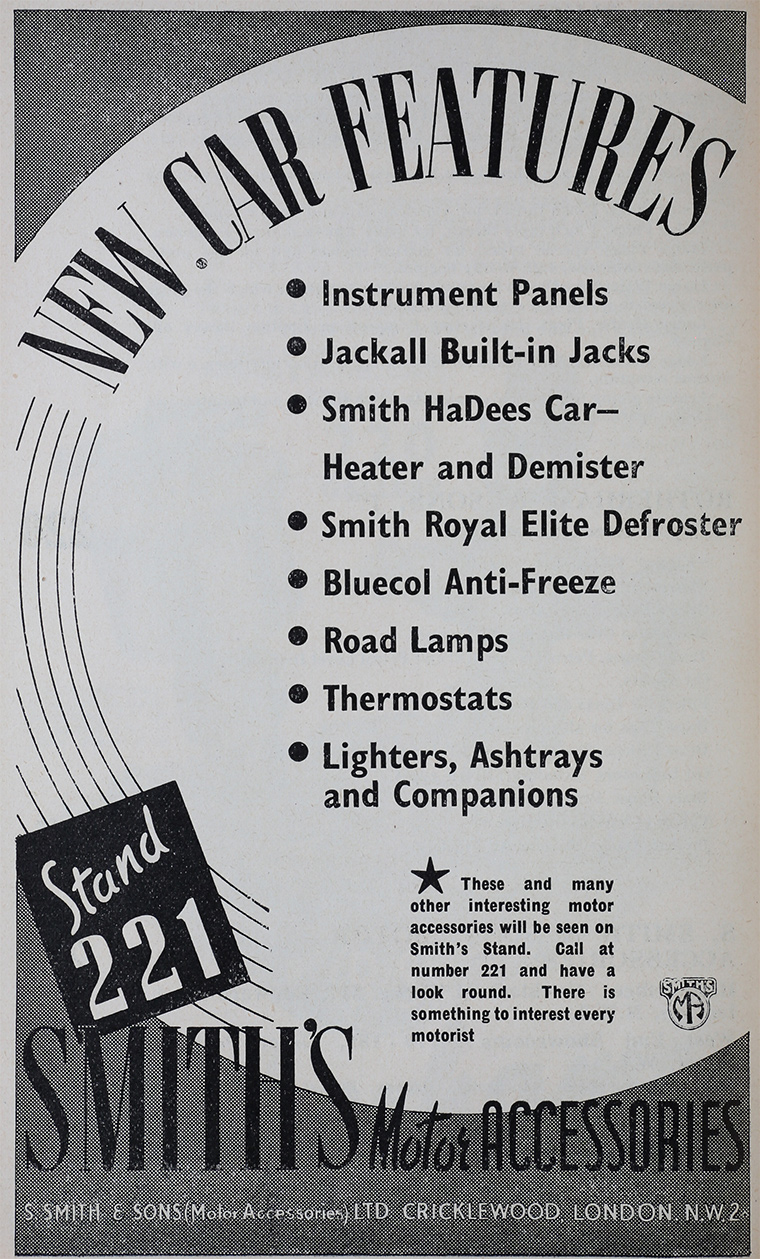 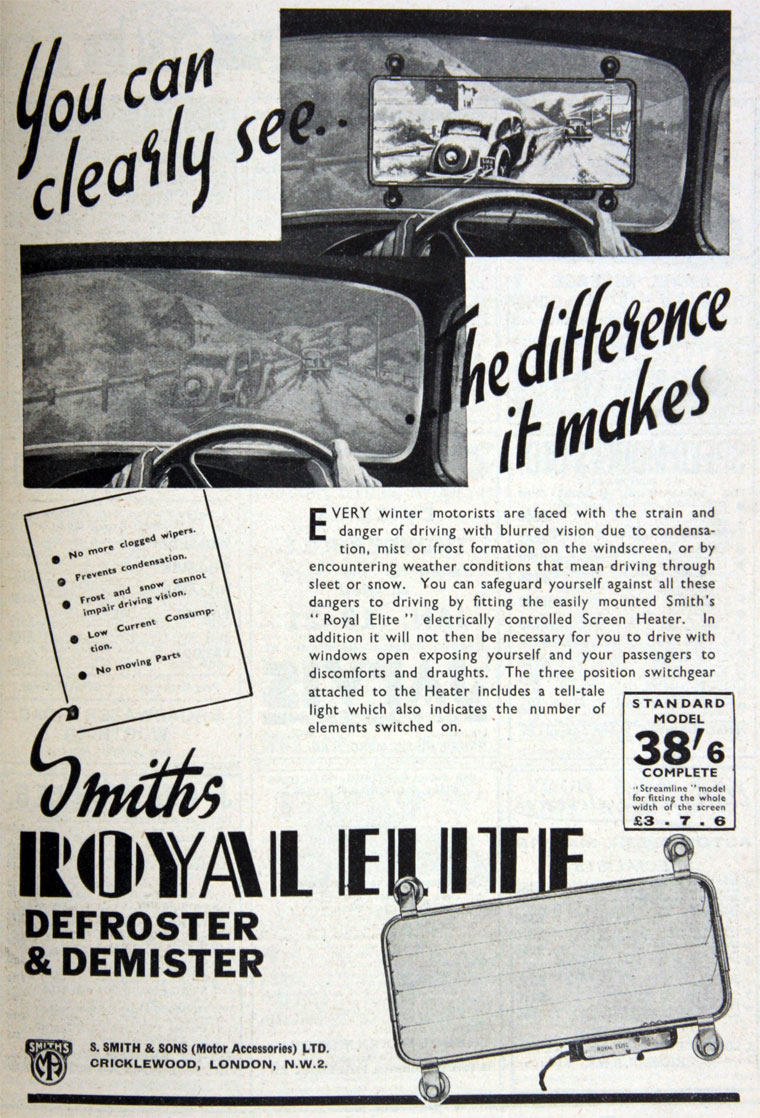 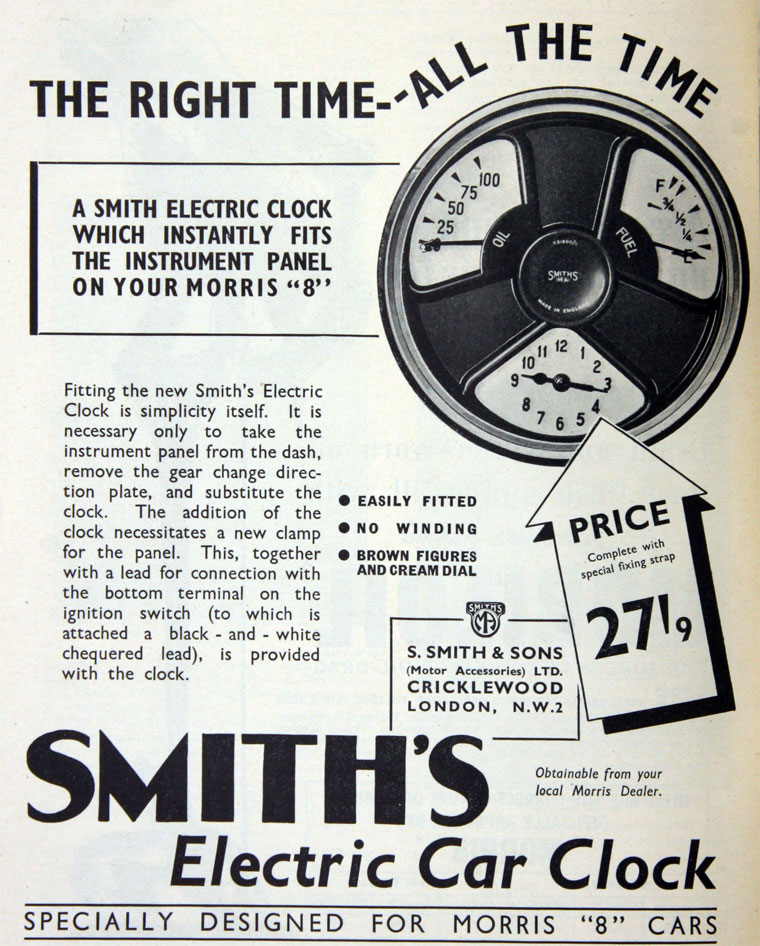 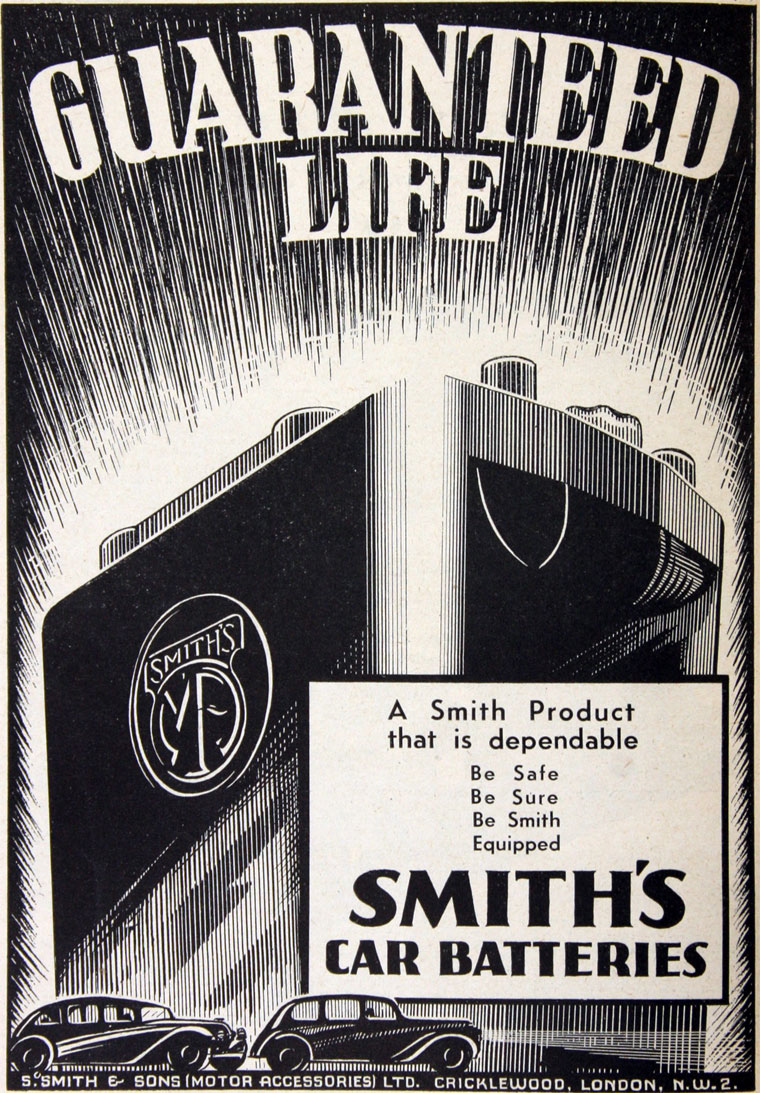 ‎‎ 1914 Formed a public company S. Smith and Sons (Motor Accessories) Ltd to acquire from S. Smith and Sons[1] that part of the business concerned with manufacture of speedometers, carburretors, and other motor accessories[2] with headquarters at Great Portland Street. The company was run by Samuel Smith Junior's son Allan Gordon Smith and the turnover was more than £100,000.

1914 Released their design of Self Starter to the British automotive market.

1918 December 20th. Adjoined third OGM held. Have increased employees from 280 at outbreak of war to 2,000 now. Previously obtained the patents of Trier and Martin and retained the services of Vernon Trier. [8]

1931 S. Smith and Sons (Motor Accessories) Ltd, entered the domestic clock market and formed a new company, Smiths English Clocks, as the Clock and Watch division of S. Smith and Sons (Motor Accessories) Ltd, with Cricklewood as the main factory. Smiths, as they were later known, were one of the first companies to produce synchronous electric clocks. These were put on the market towards the end of 1931.

1939 Ralph Gordon-Smith, the son of Allan Gordon-Smith arranged for a new site to be purchased at Bishop's Cleeve near Cheltenham to protect the business from potential bombing in the London area. The site at Bishop's Cleeve was Kayte Farm of 300 acres and it was purchased for £25,000 on the 6th April 1939. On 1st June S. Smith and Sons (Cheltenham) Ltd was formed as a subsidiary of the main business

World War II Production expanded. There was a demand for motor, aircraft and marine instruments for the Services and the production of industrial instruments, hitherto imported, was begun. Fuses for shells were also manufactured.

1944 The name of the principal company was changed to S. Smith and Sons (England) Ltd with four divisions[17]: