Grace's Guide is the leading source of historical information on industry and manufacturing in Britain. This web publication contains 138,882 pages of information and 225,312 images on early companies, their products and the people who designed and built them.

C. A. Vandervell and Co 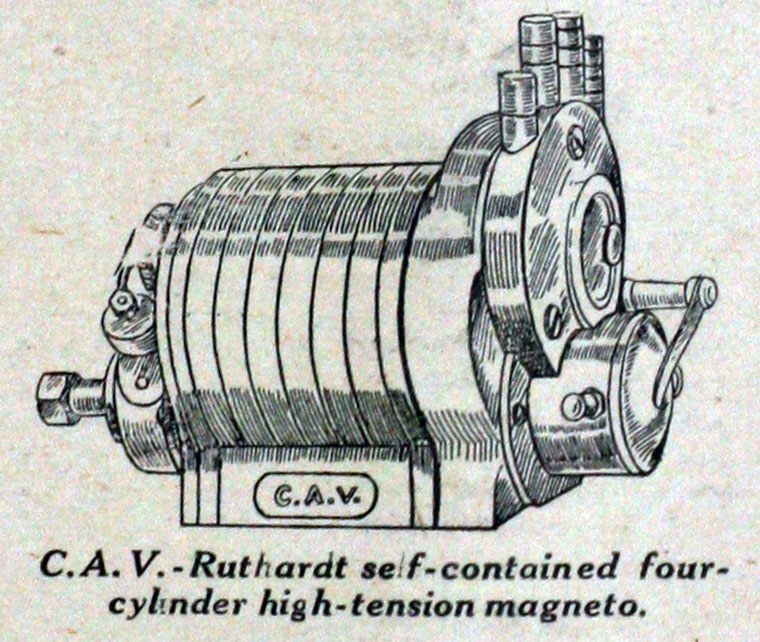 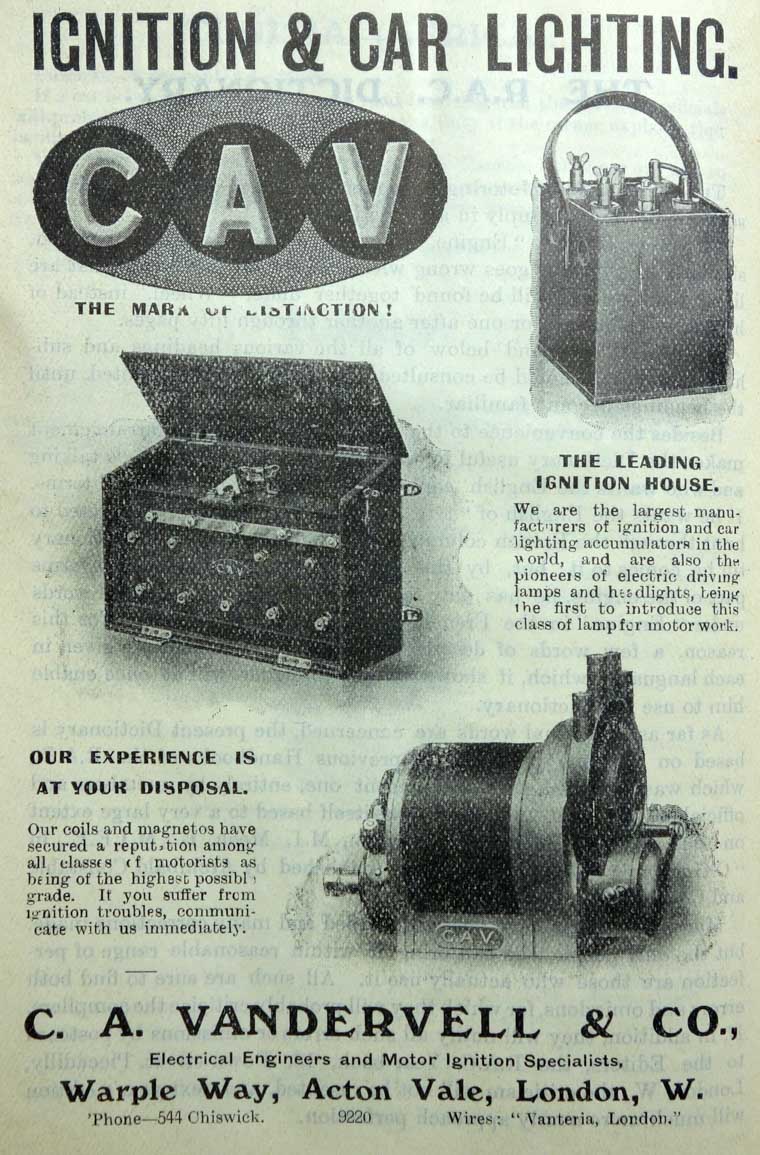 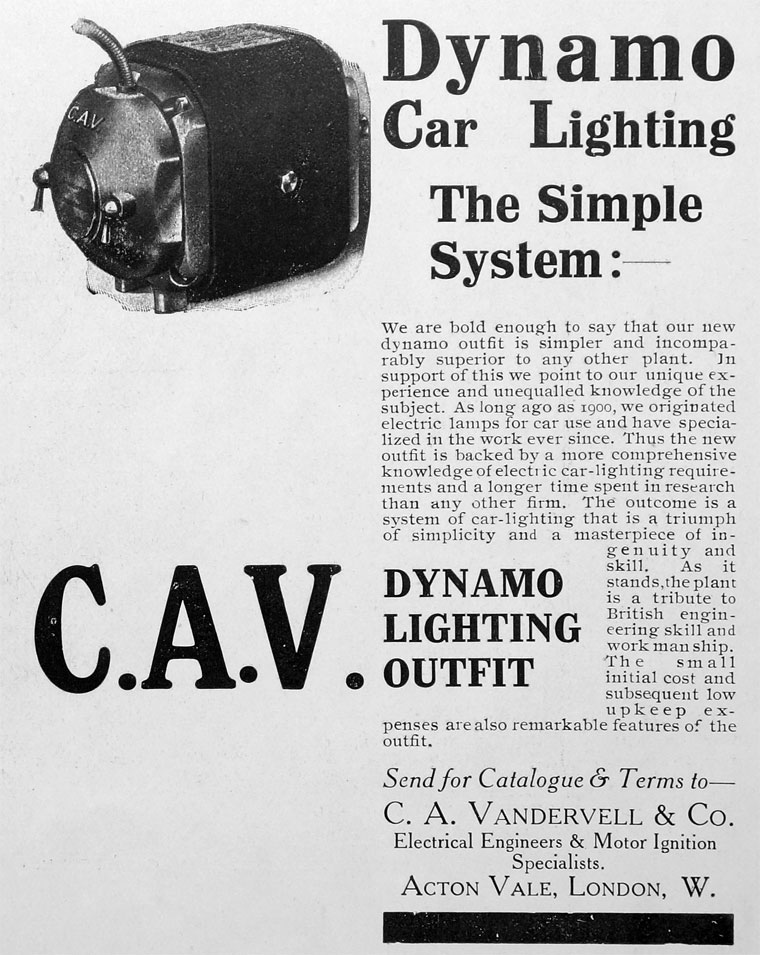 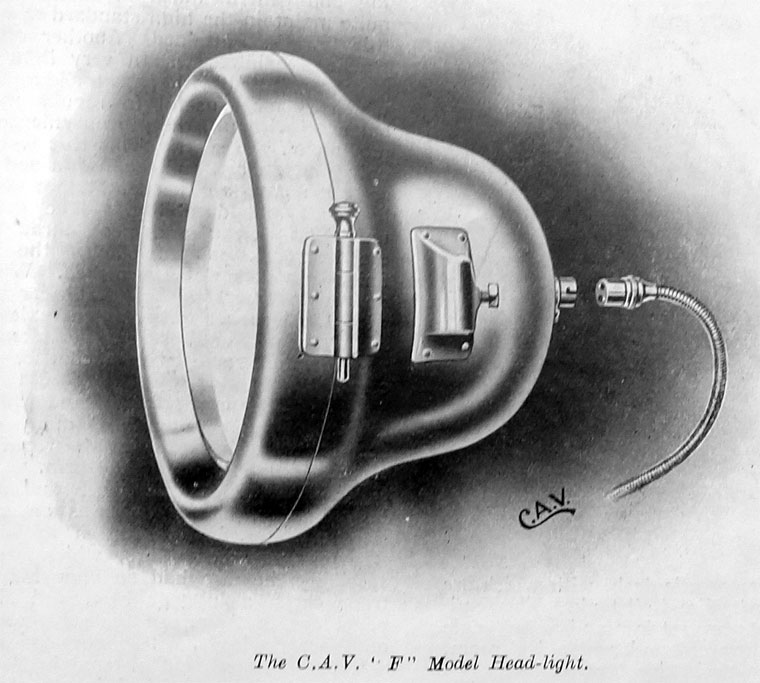 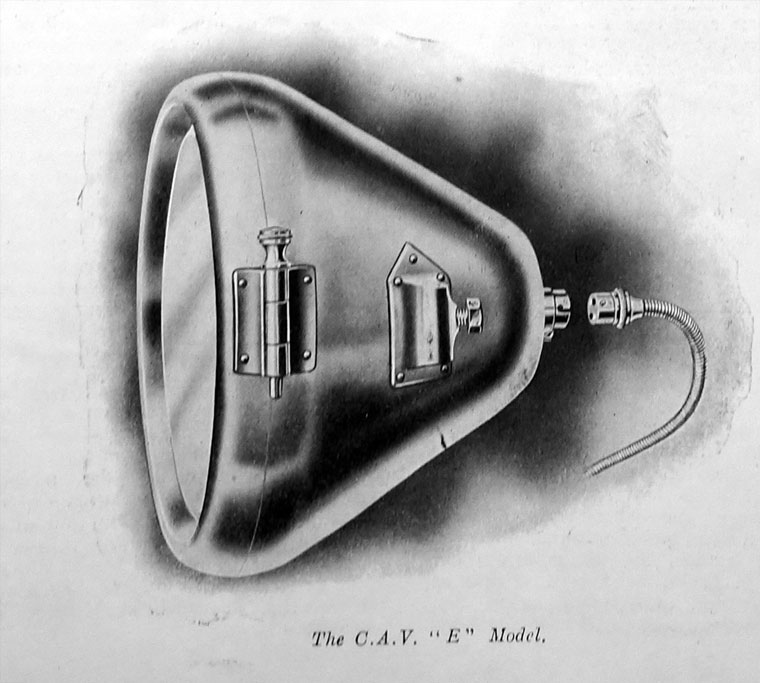 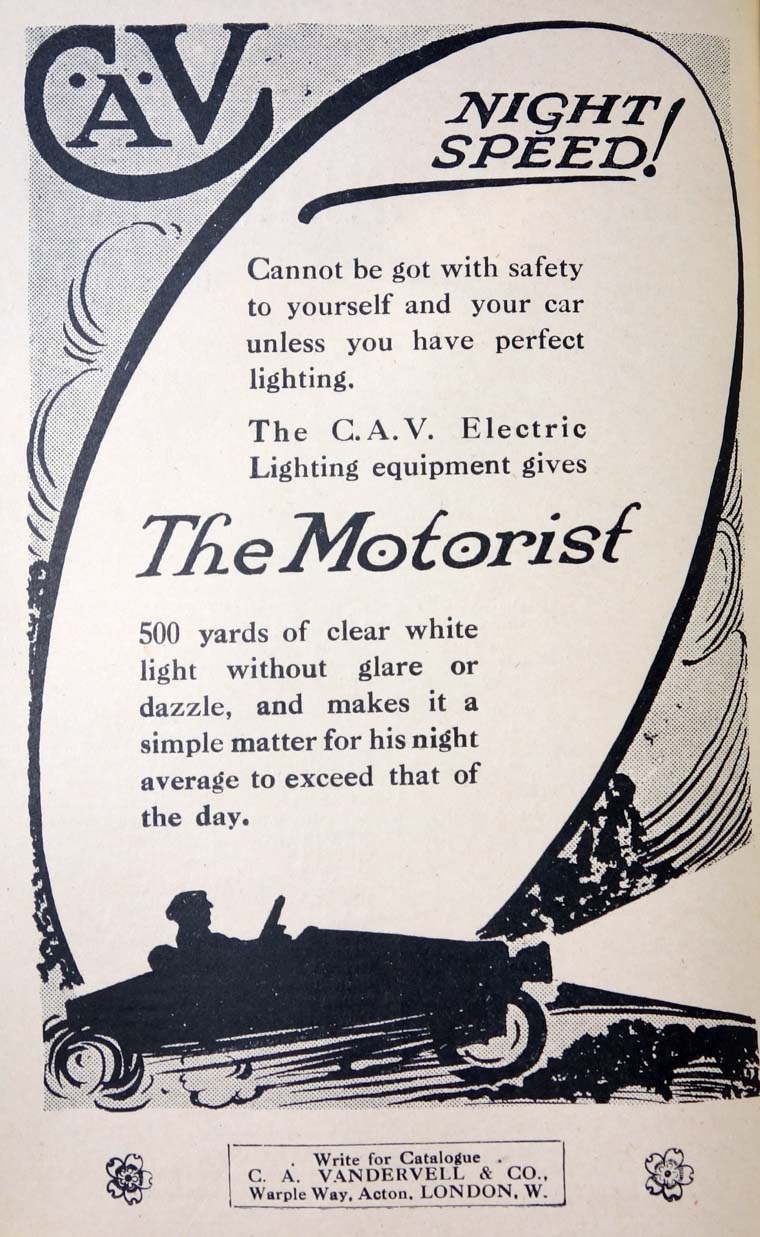 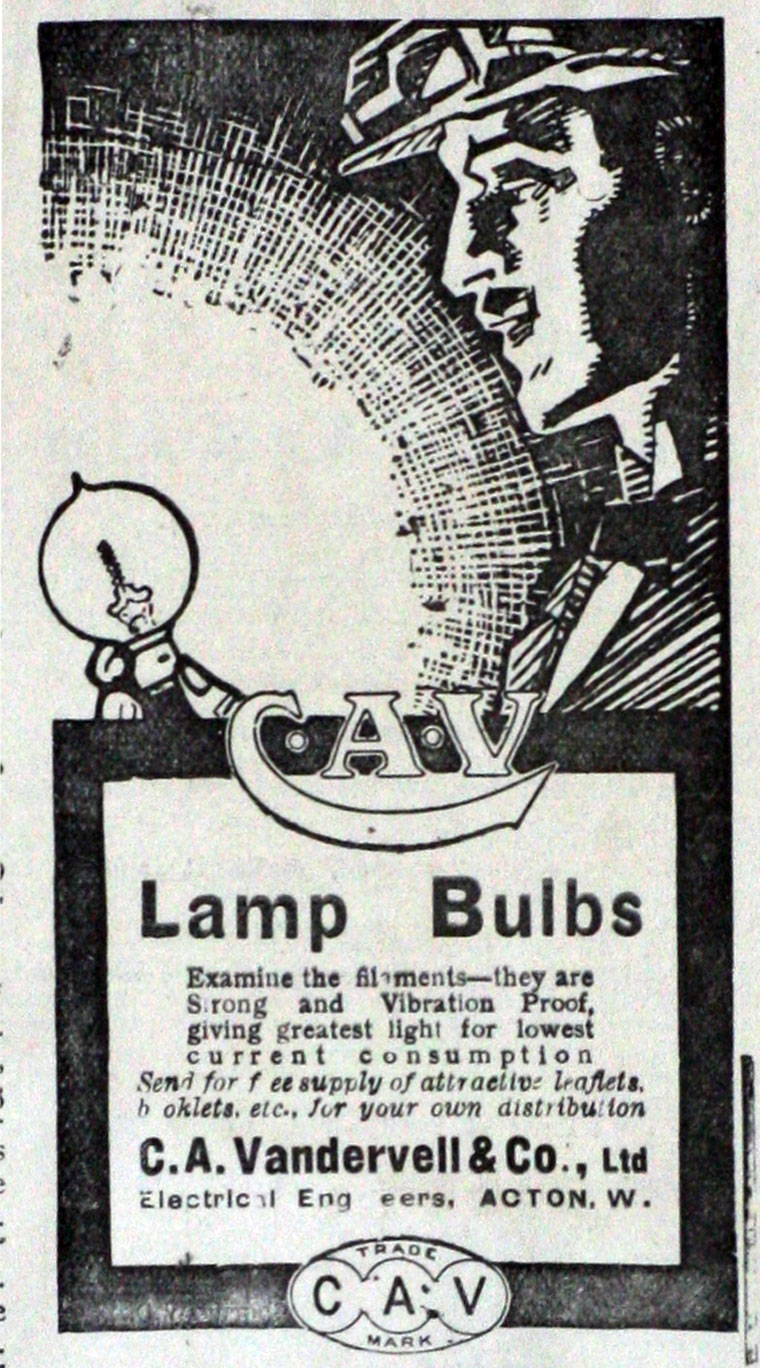 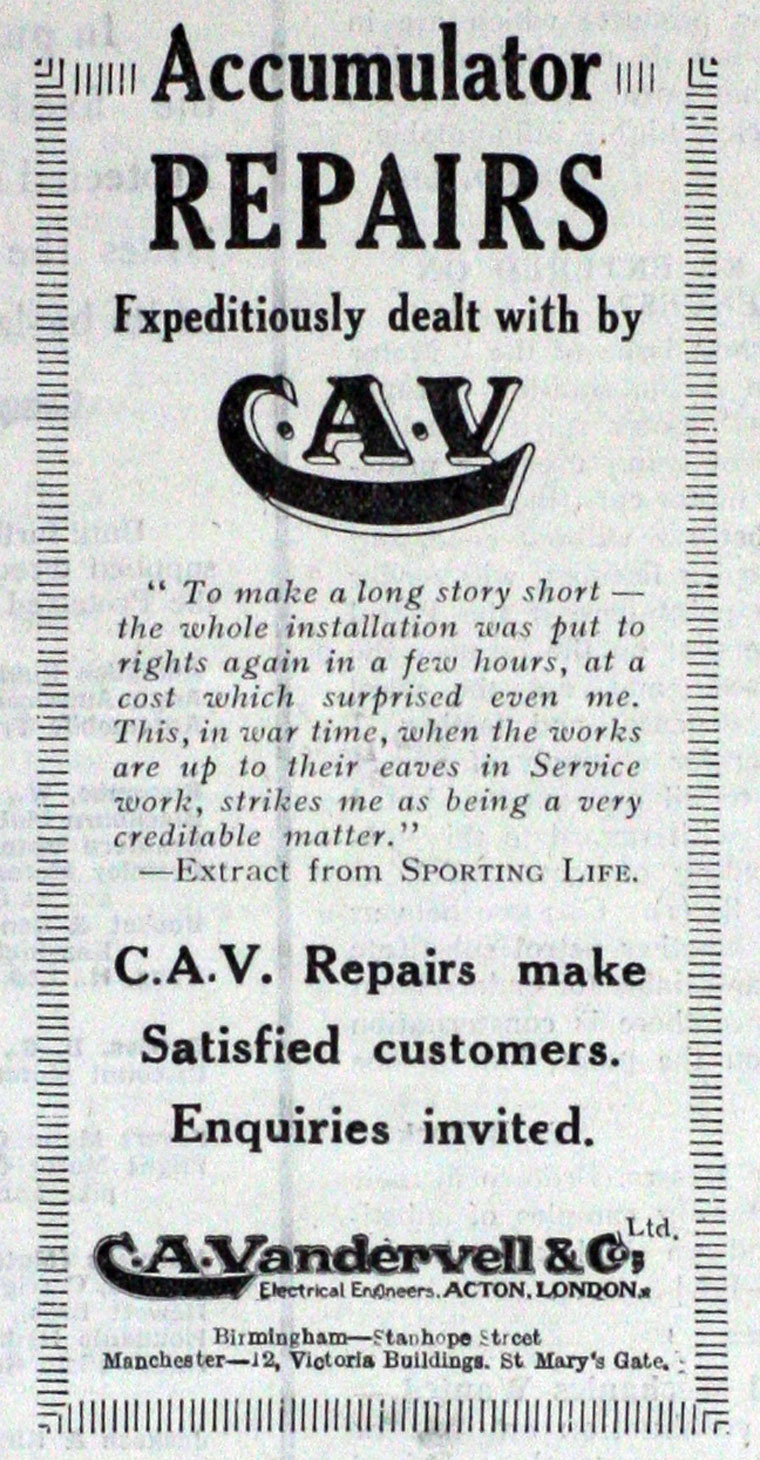 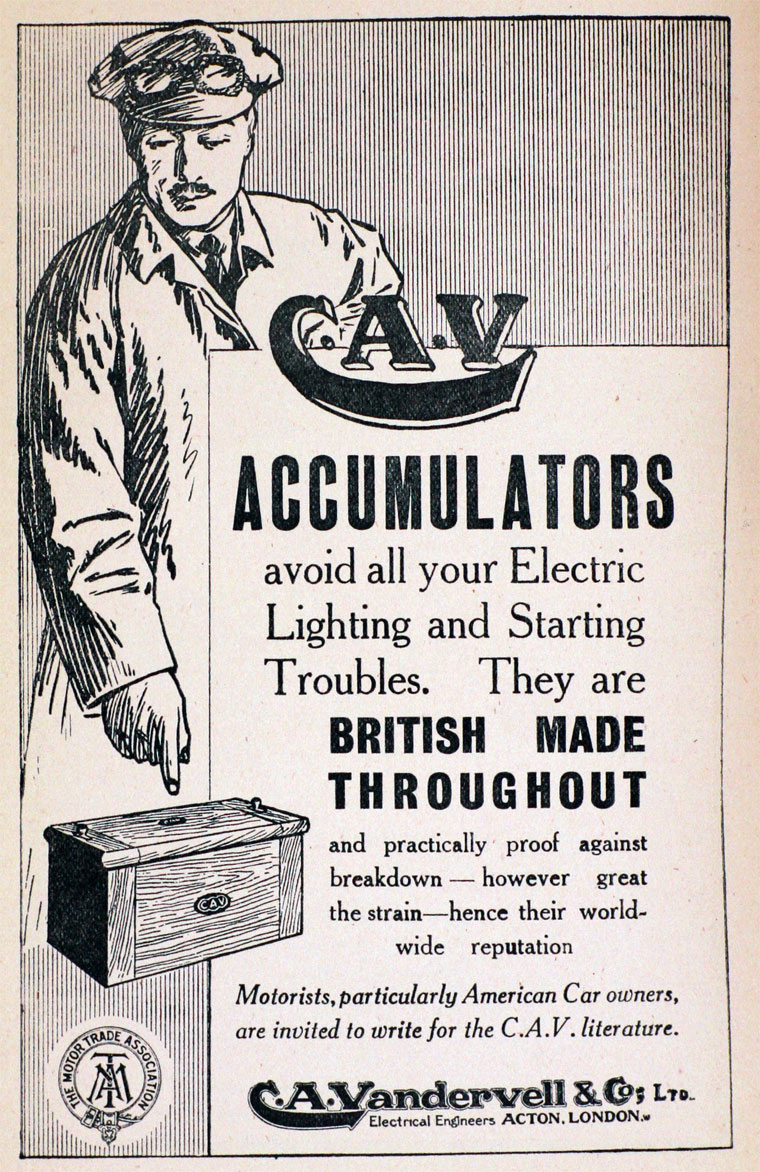 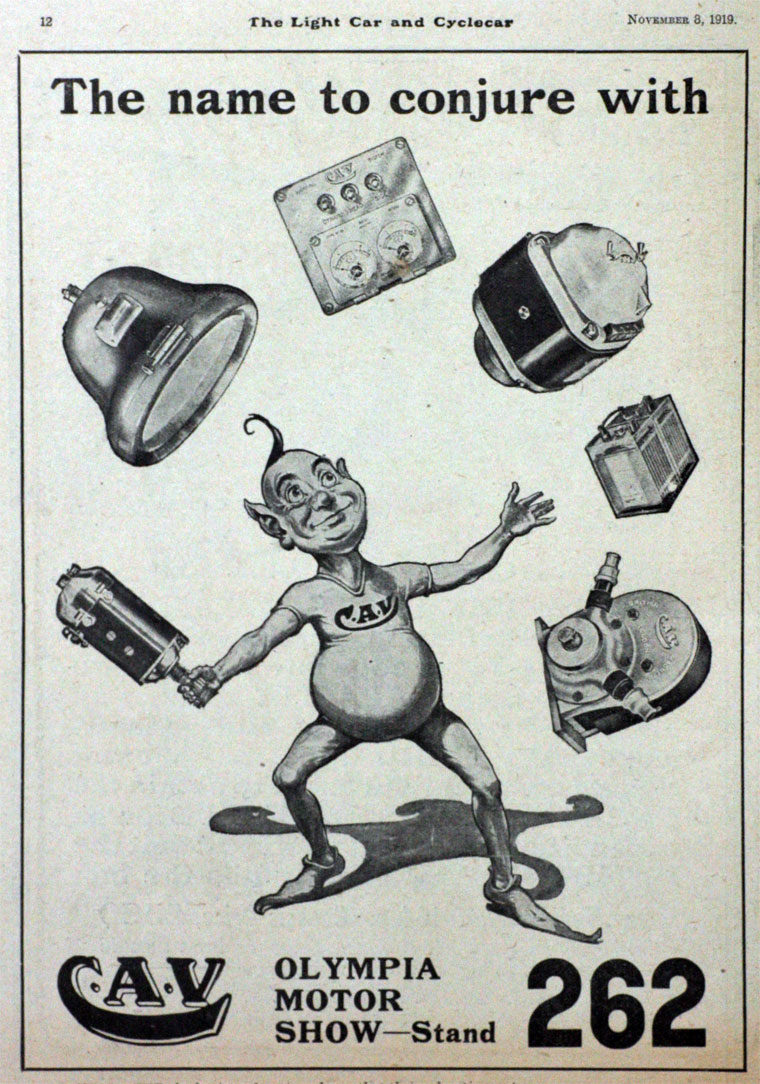 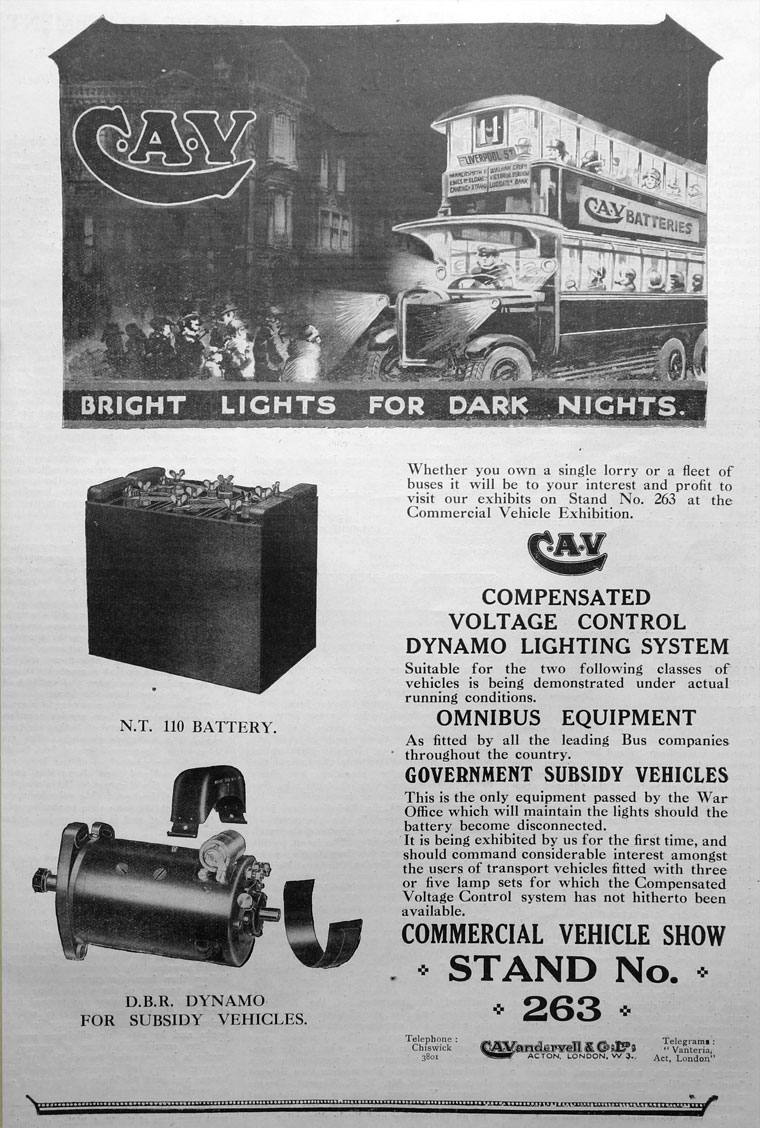 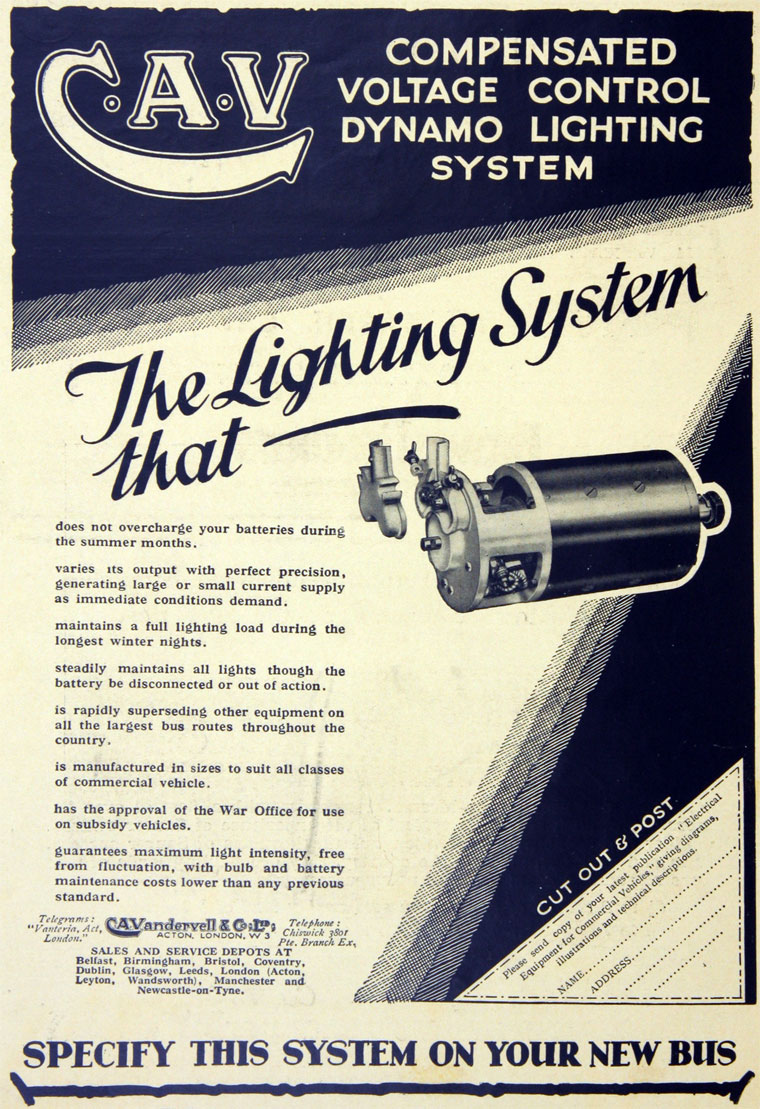 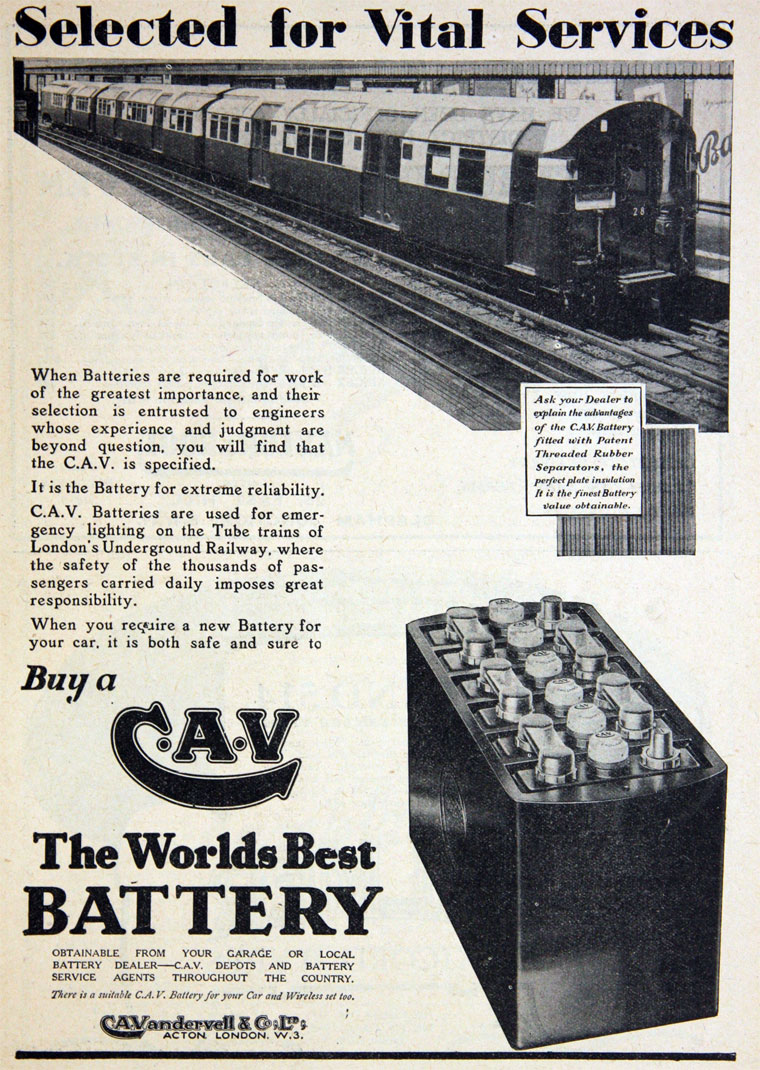 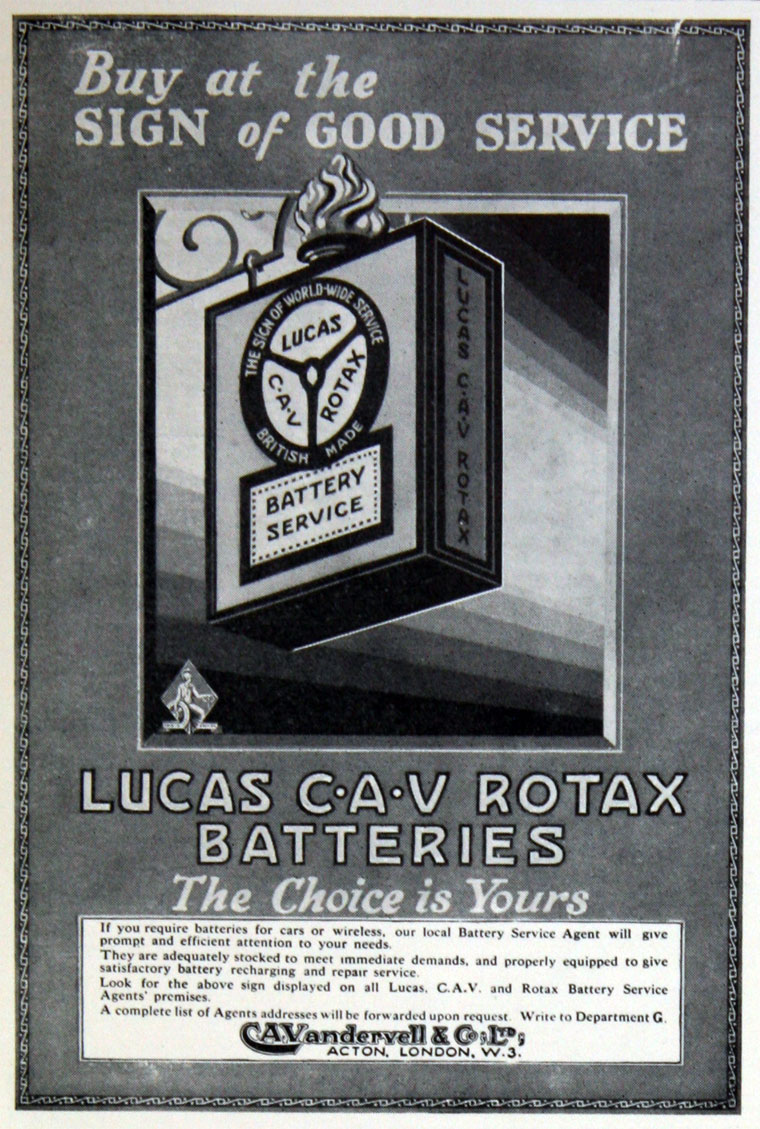 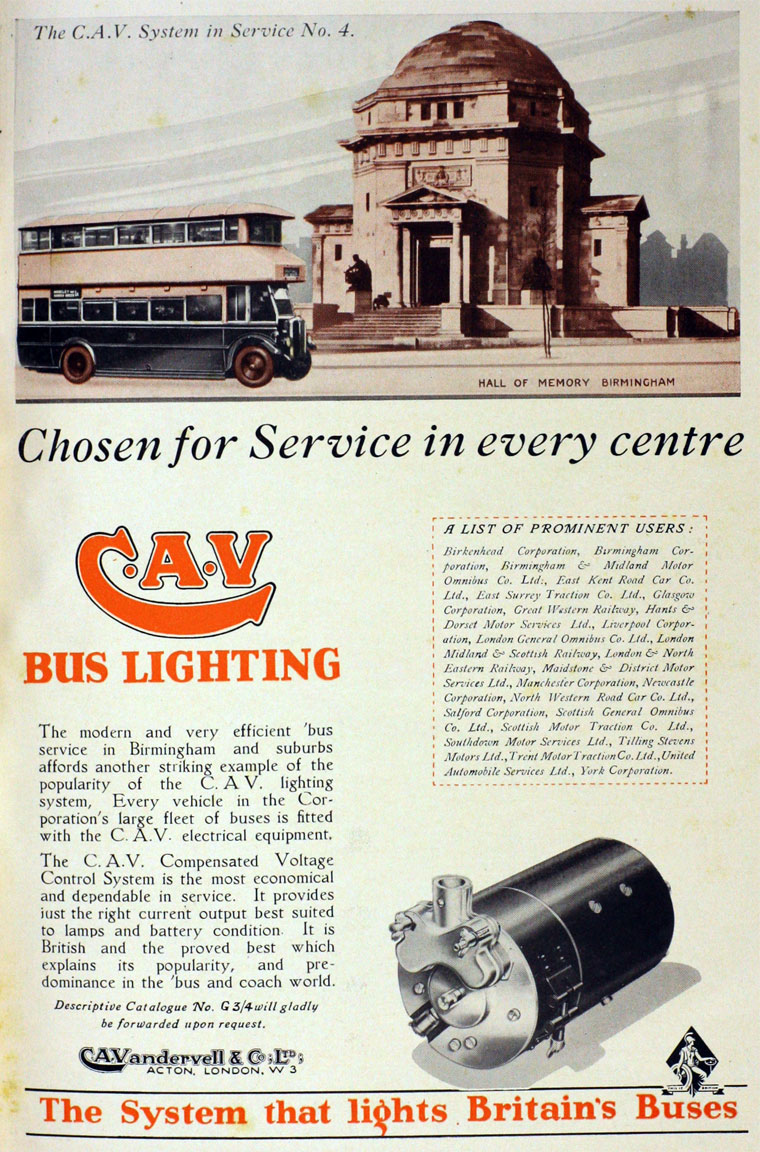 1892 Vandervell set up a business at Willesden Green making accumulators.

1910 Albert Henry Midgley formed a syndicate with Charles Vandervell, and William Proctor, a buyer for the Daimler Car Company and a friend of Vandervell's, to manufacture Midgley's electrical transmission gear and dynamo and develop Vandervell's idea of an accumulator powering an electric lighting set for cars.

Midgley made arrangements with H. P. Brookes and Co to manufacture his design of dynamo for Vandervell's. Orders came in at a great rate as the system was in great demand from the motor industry and the manufacturers of lighting systems for trains. Production was moved to new works in Acton.

1916 A limited company was formed with a share capital of £350,000 to take over a business carried on by Vandervell at Acton.[2] The products of the company included batteries, magnetos, dynamos, starters, lamps, horns and other motor goods. Mr. Vandervell was one of the pioneers in the manufacture of batteries and dynamos for motor vehicles, having started manufacture of these items well before the time when Lucas first began the manufacture of electrical goods, and he had made particular progress in the development of electrical equipment for the heavier commercial types of vehicles.

1917 Established a factory in Hove, initially on a temporary basis, to produce war materiel including munitions.

1920 October. Exhibited at the Commercial Motor Exhibition at Olympia with electrical lighting equipment for commercial vehicles. [5]

By 1922, the supply of electrical equipment for commercial vehicles was largely in the hands of C. A. Vandervell Ltd.

1922 Producing hand tools including dividers, calipers, engineers' squares, V-blocks. These were produced in the Brighton factory, established in WW1 to produce magnetos [6]

Robert Bosch A.G. of Stuttgart acquired a 49 per cent interest in the company