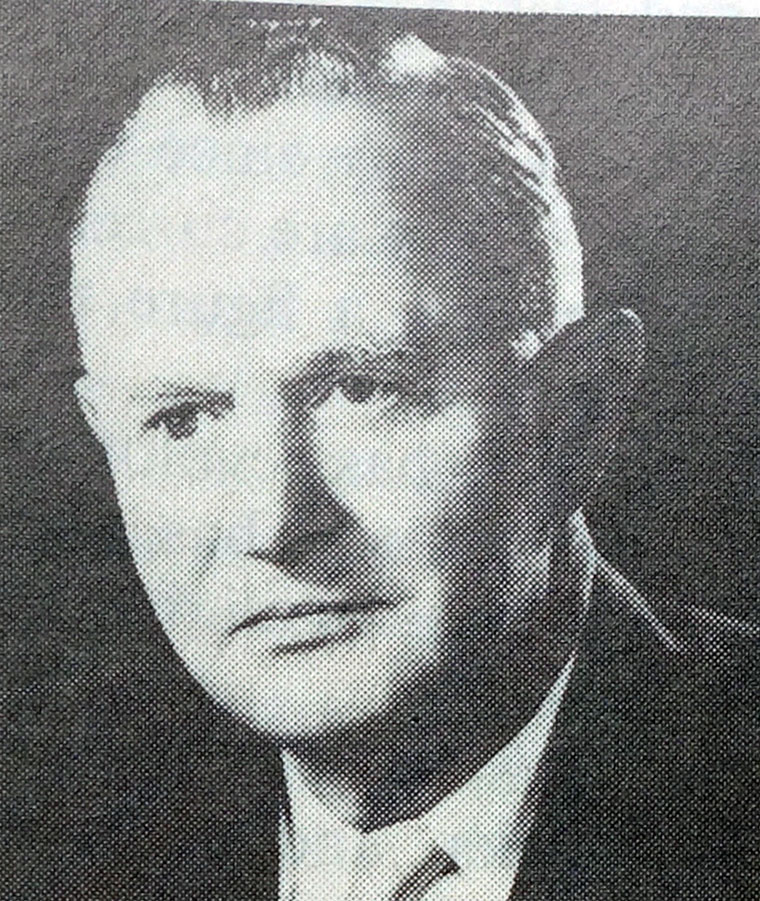 1901 April 27th. Born at Pershore, Worcestershire, the son of William Dowty, a chemist in Pershore, and his wife, Laura Masters. He was the elder of twin boys by half an hour and the seventh son in the family.

1911 When he was ten year old his father died. His brother-in-law Sidney Fitzroy Fell took an interest in the boy and gave him a model steam engine that started him on an interest in engineering.

George was educated in a small private school in Pershore until 1913 and then at the Worcester Royal Grammar School, which they were obliged to leave at the age of fourteen because their older brothers had been conscripted into the army and they had to help in running the various family businesses.

1913 At the age of twelve Dowty lost his right eye during some experiments with photographic materials, when a bottle of magnesium powder exploded.

Dowty spent a year in the family business, but his early interest in engineering led him to join Heenan and Froude as a workshop boy entrant.

In July 1918 Dowty obtained a new job as a draughtsman with the British Aerial Transport Co‎ in London. The company's chief designer was Robert Noorduyn and the technical head was Frederick Koolhoven and this experience accelerated his career rapidly and perhaps impatiently.

He worked for T. Cooke and Sons, scientific instrument makers of York where he worked on Naval range-finders

He was employed by Rownson, Drew and Clydesdale of Kings Cross where he worked on the design of elevators and conveyors

He joined the Dunlop Rubber Co where he worked on the design of compression rubbers used in aircraft undercarriages.

1921 He joined the design office of the A. V. Roe and Co. By the age of twenty-one he had designed landing gear for the first Cierva Autogyro and for the Avro Aldershot.

1924 He joined the Gloster Aircraft Co. By this time he had read a number of papers on undercarriage design to the Institution of Aeronautical Engineers, and was already working at home on several ideas that he was later to patent.

1924 Took out a patent on arresting gear

1926 Took out a patent on arresting gear

1927 Took out a patent for a wheel incorporating oil shock absorbers, steel springs, and brakes operating on the wheel rims.

1931 Formed the Aircraft Components Co, his own one-man company while still employed at Gloster Aircraft Co. This was was a shell company with no staff, capital and operated from an accommodation address in London.

1931 March 10th. Received his first order from the Civilian Aircraft Co of Hull but this company went bankrupt before they paid for the struts.

1931 May. He received his first order for six internally sprung undercarriage wheels from Kawasaki and built these in premises at 10 Lansdown Terrace Lane in Cheltenham

1934 A major breakthrough occurred when he offered to Henry Folland a pair of oleostruts of new design for the Gloster Gauntlet aircraft. This gave him his first large production order and was followed by a similar order for the Gladiator. Dowty leased a factory and bought Arle Court, Cheltenham.

1936 The firm went public with Dowty holding only a small percentage of the equity.

WWII During the Second World War Dowty's inventive and creative engineer's mind was fully unleashed. Twenty-eight different aircraft were fitted with Dowty equipment, which included 12,900 sets for the Hurricane, over 90,000 other undercarriage units, and more than a million hydraulic units. Plants were set up throughout Britain and in Canada and the USA.

1948 Married Marguerite Anne Gowans, daughter of M. J. H. Lockie, of Newmarket, Ontario, Canada; they had a son and a daughter.

1952 Dowty was active in the Royal Aeronautical Society, being elected its president for 1952–3.

1954 A group holding company was formed with the Canadian operation generating 50 per cent of the total turnover.

1968 Meco of Worcester was acquired

Sir George Dowty, Hon DSc, CEng, Hon FRAeS, MIMechE, FlAeS, Hon FCAI, was educated at Worcester Royal Grammar School. During World War I he was with Heenan and Froude who made aero engines. Later, he Joined the British Aerial Transport Co. After the War he served with several companies including Dunlop Rubber, A. V. Roe and Gloster-Aircraft, with whom he worked until 1931.

In 1930, George Dowty designed an aircraft wheel, incorporating brakes, shock absorber and springing. Following an article in the Technical Press the Kawasaki Co of Japan bought a number of them which enabled him to set up his own company with £50 capital. Subsequently, he concentrated on the design of retractable landing gears and throughout World War II, the Company produced many thousands of these gears and hydraulic systems. He is now Chairman and Managing Director of the Dowty Group which has grown under his control.

He was elected a Fellow of the RAeS in 1937, and was its President for 1952/3. Two years later he was awarded its Gold Medal for outstanding designs and development of aircraft equipment. In 1967, the Society elected him an Honorary Fellow. The SBAC elected him President for 1960161 and Bath University and Cranfield College of Technology have both conferred on him Honorary Doctorates of Science. In 1956 he received a Knighthood and, more recently, was appointed Deputy Lieutenant of Gloucester.