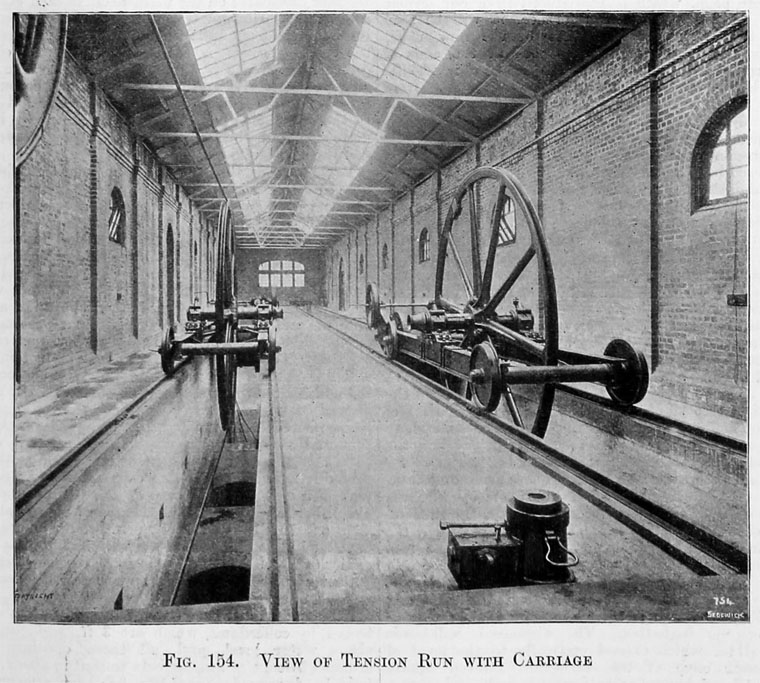 1890 The company was incorporated in August to construct an underground railway, 6.5 miles in length, of double tunnel, which is worked by cable haulage. [1]

1896 The Glasgow Subway opened; it is the third oldest subway system in the world after the London Underground and the Budapest Metro. [2]

Originally a cable railway, the Subway was later electrified, but its one circular line has never been expanded. Officially called the Glasgow Underground between 1936 and 2003, it has reverted to its colloquial name of Subway. It remains one of only two underground metro-type systems in the UK outside London, the other being the Tyne and Wear Metro.

One of the few long-lived metro systems that have never expanded from its original route, its circular route is almost 6.5 miles long and extends both north and south of the River Clyde. The tracks have the unusual narrow gauge of four feet, the tunnel diameter of 11 feet comparable to that of the deep-level lines of the London Underground (11'8").

The subway is not the oldest underground railway in Glasgow itself; that distinction belongs to a 5 mile stretch of the North Clyde Line of the suburban railway network which runs in a sub-surface tunnel under the city centre between High Street and west of Charing Cross.

The subway’s running lines are entirely underground, but the maintenance depot at Broomloan Road (located between the Govan and Ibrox stations) is above ground, as was the earlier depot, also at Govan. Prior to modernisation, trains used to be hoisted by crane onto and off of the tracks. Modernisation brought the installation of points and a ramp between Govan and Ibrox where trains can exit the underground tunnel system to terminate for engineering, cleaning or storage.

As built and opened on 14 December 1896 by the Glasgow District Subway Co, the subway was powered by a clutch-and-cable system, with one cable for each direction. The cable was driven from a steam-powered plant between West Street and Shields Road stations. There was no additional cable to allow trains to reach the depot; instead, they were transferred to and from the running lines by crane operating over a pit at the Govan Workshops. This also meant that the two tracks could be completely separate, with no points anywhere. The company's headquarters were in the upper rooms at St Enoch subway station; this distinctive ornate building still stands in St Enoch Square and is now used as a travel information office.

When the Subway first opened, single-carriage trains were operated. An accident on the opening day entailed the closure of the Subway until January 19, 1897. The 20 original carriages were built by the Oldbury Railway Carriage and Wagon Co, of Oldbury, Birmingham. Many continued in service until 1977.

A further 10 carriages were delivered by the same manufacturer in 1897. From 1898, second (trailer) carriages without a cable gripper mechanism were added, though they were considerably shorter than the front (gripper) carriage. These additional carriages, eventually numbering 30, were built by Hurst, Nelson and Co, Motherwell, Lanarkshire. These carriages were soon expanded to match the length of the front carriages, although carriage 41 has been restored to its original length and can be seen preserved at Buchanan Street subway station.

1935 the existing trains were converted to electric power delivered by a third rail at 600 volts, direct current. From March until December 1935, clockwise trains were cable-hauled, whilst anti-clockwise ones were electric. The conversion to electric traction cost £120,000. The last cable-drawn car service was on 30 November 1935.

All carriages were originally built with lattice gates (instead of doors) at the ends; many were converted to air-operated sliding doors in the 1960s, but a few retained the gates until 1977.