Grace's Guide is the leading source of historical information on industry and manufacturing in Britain. This web publication contains 140,051 pages of information and 227,378 images on early companies, their products and the people who designed and built them.

September 1902. Announcing move of factory from Coventry to Beeston. 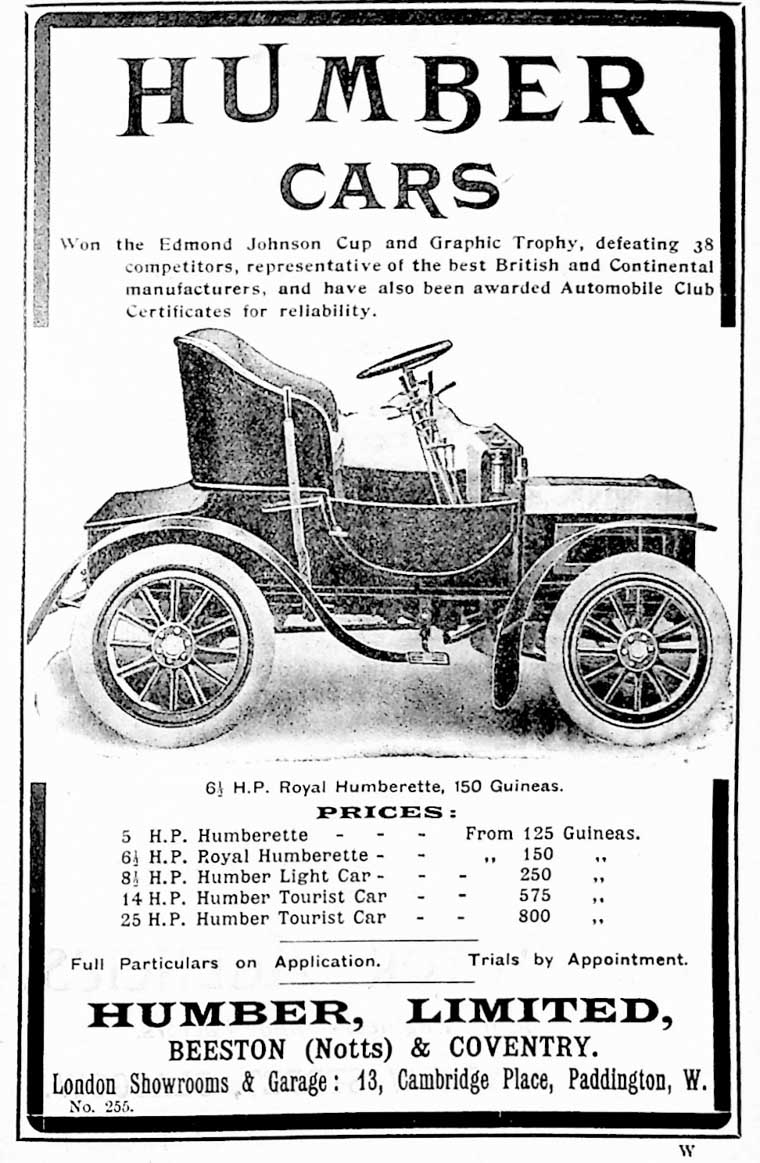 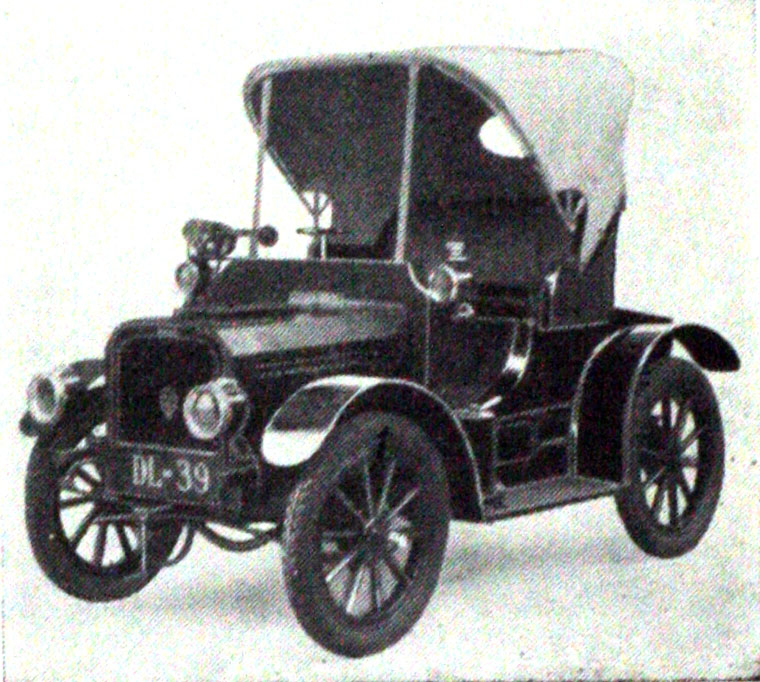 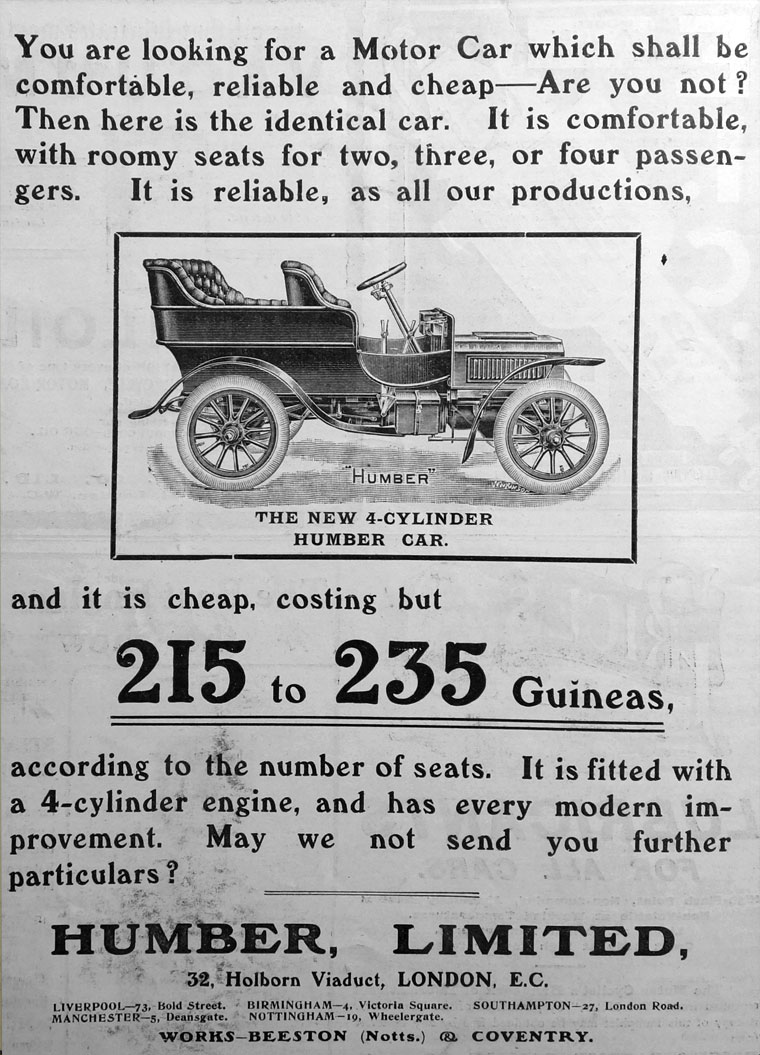 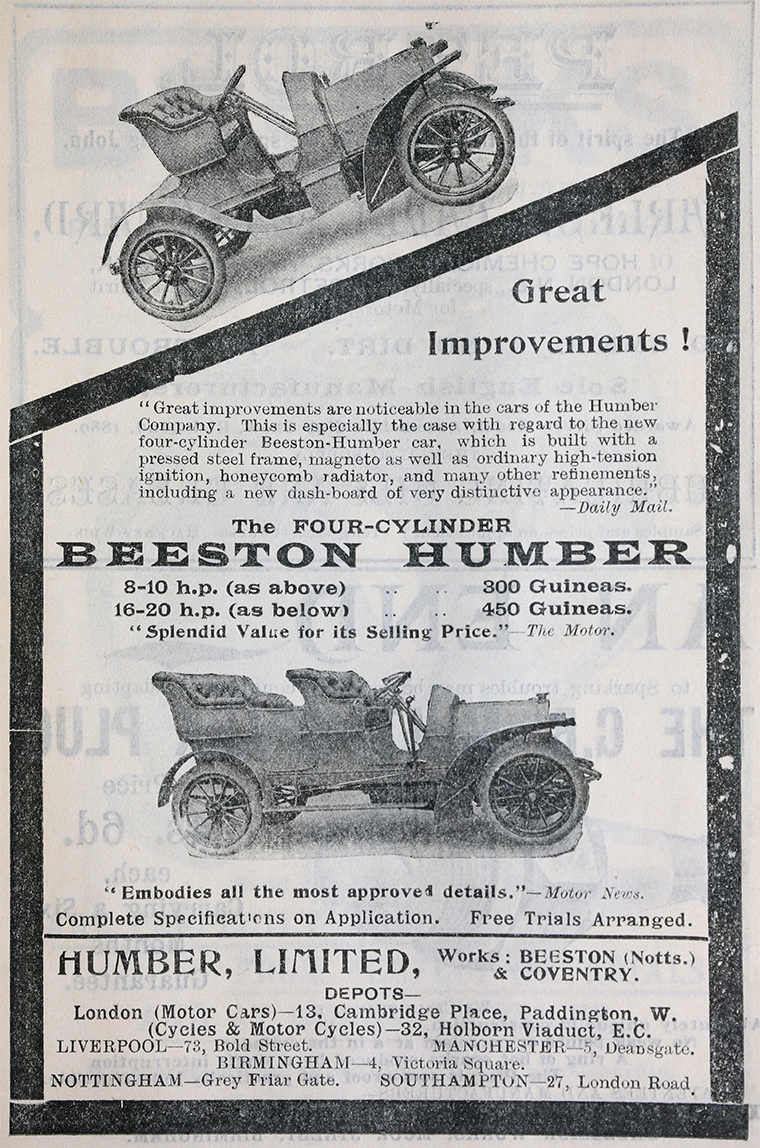 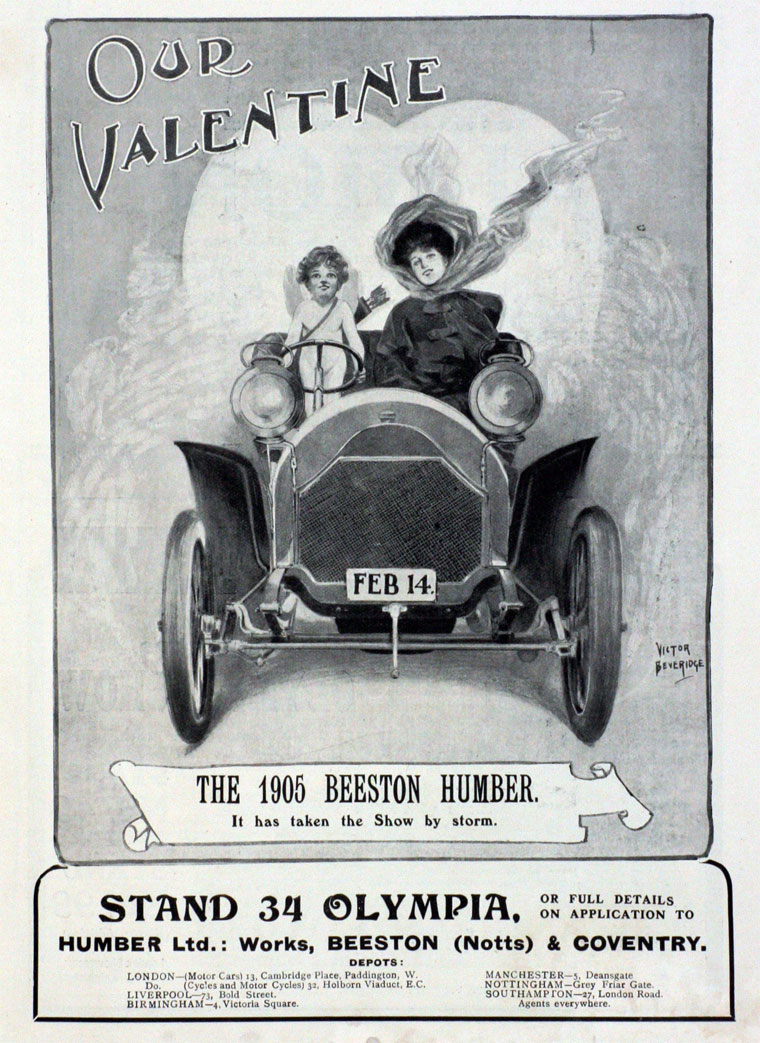 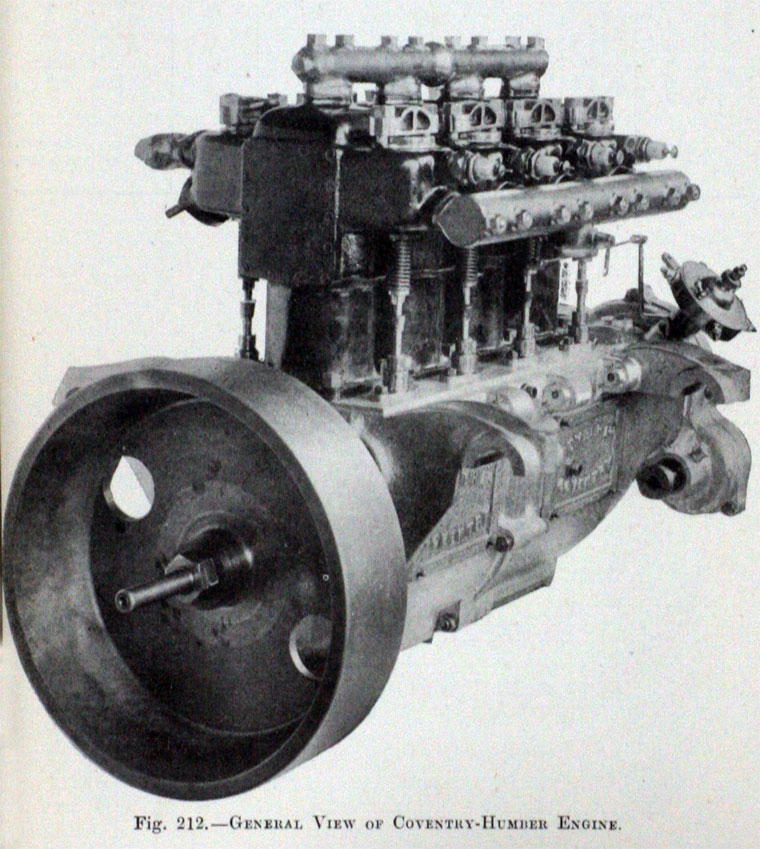 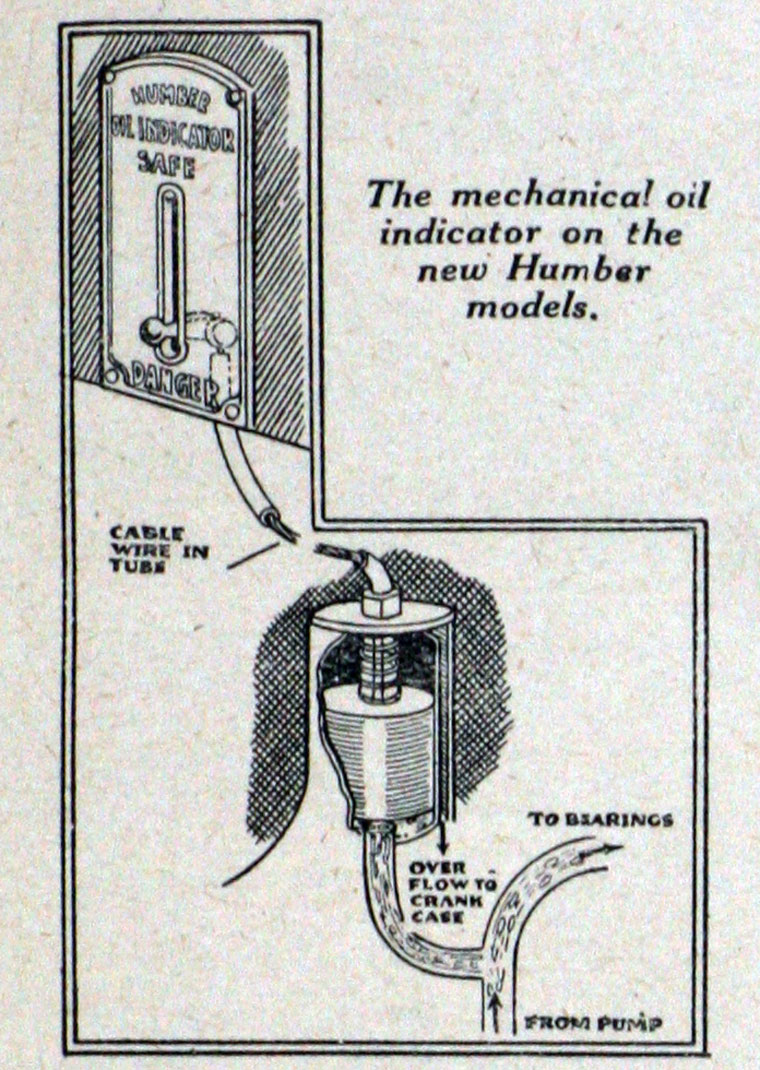 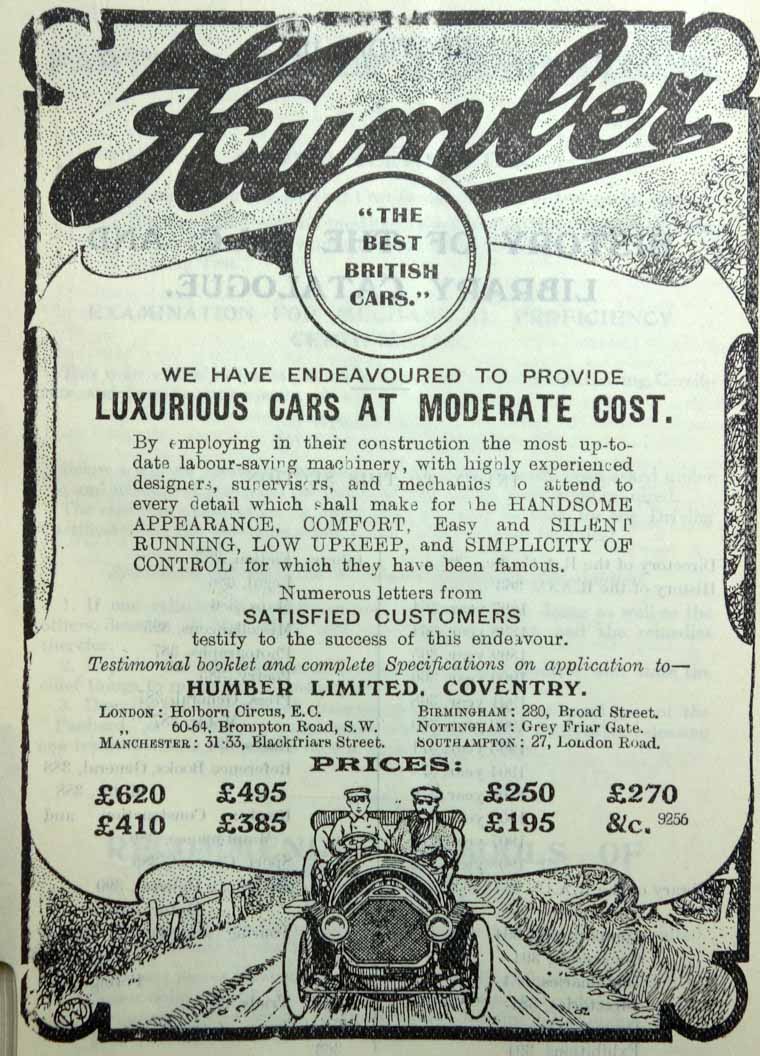 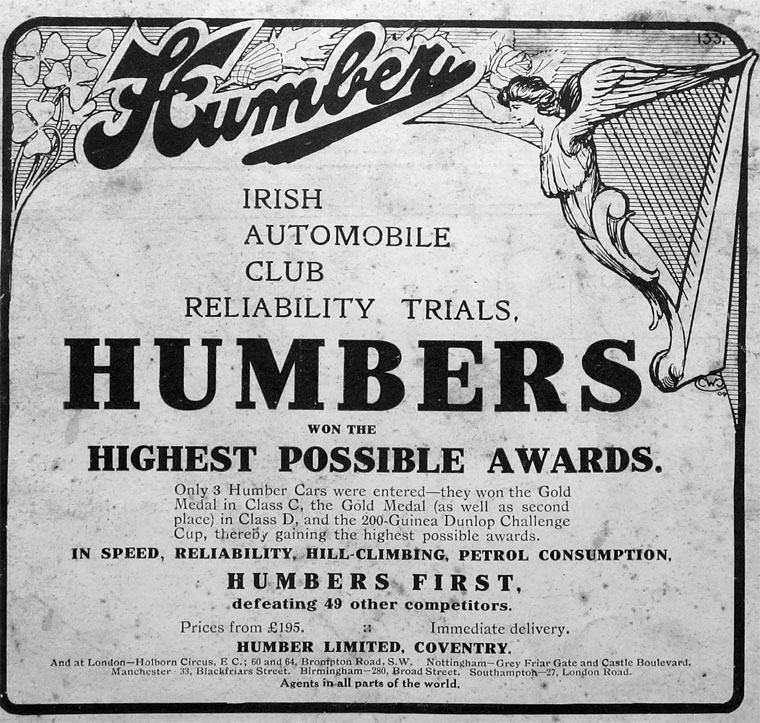 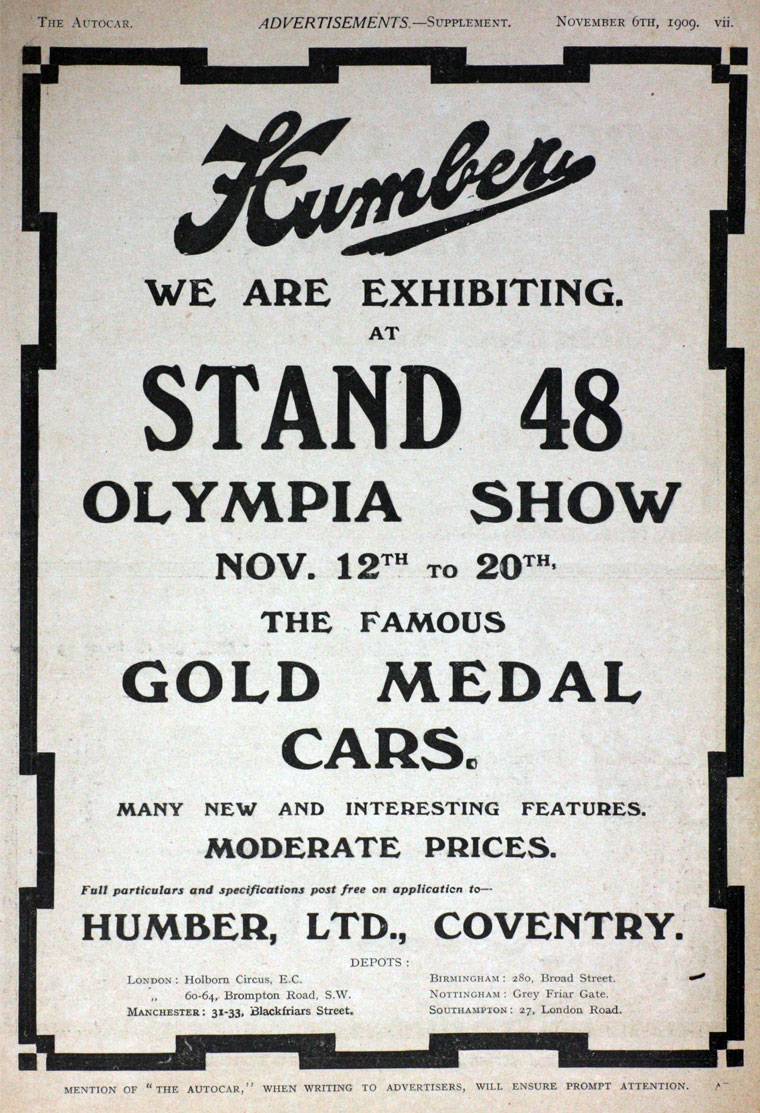 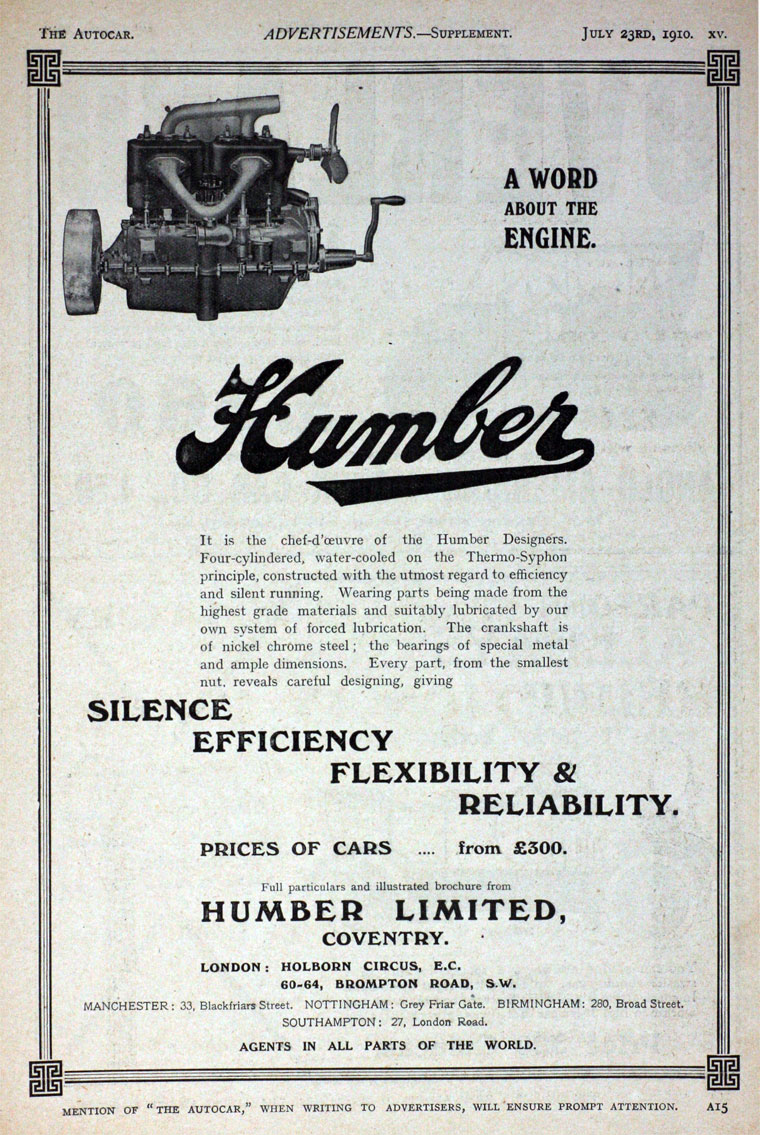 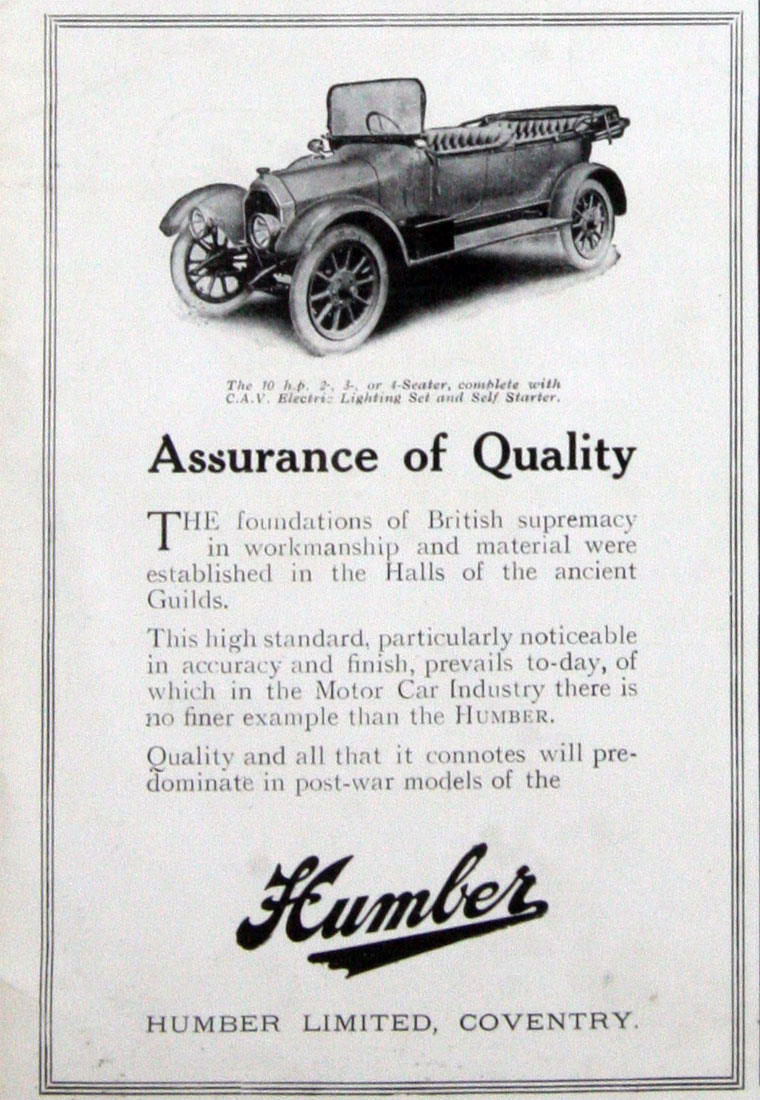 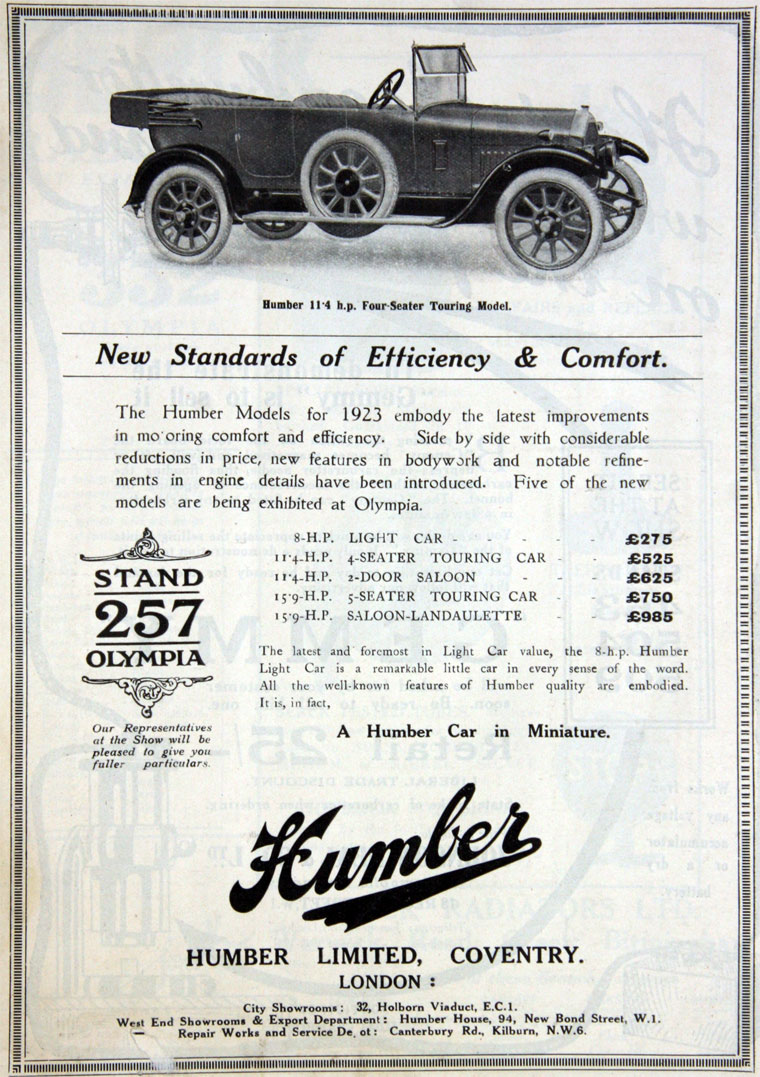 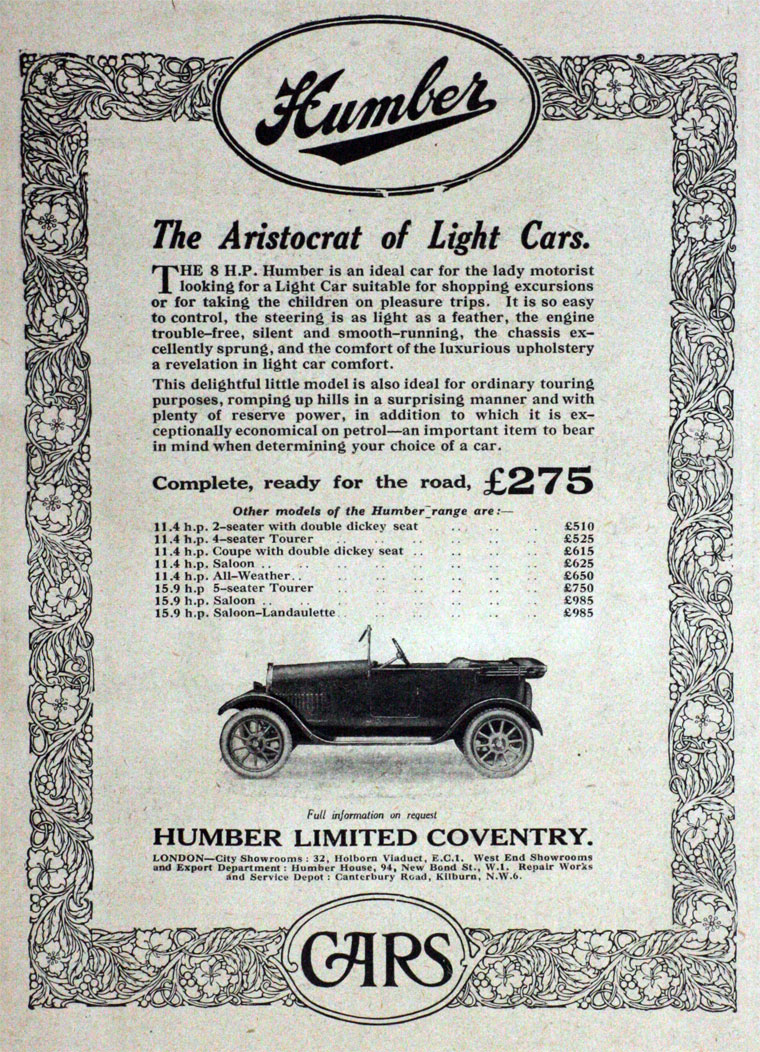 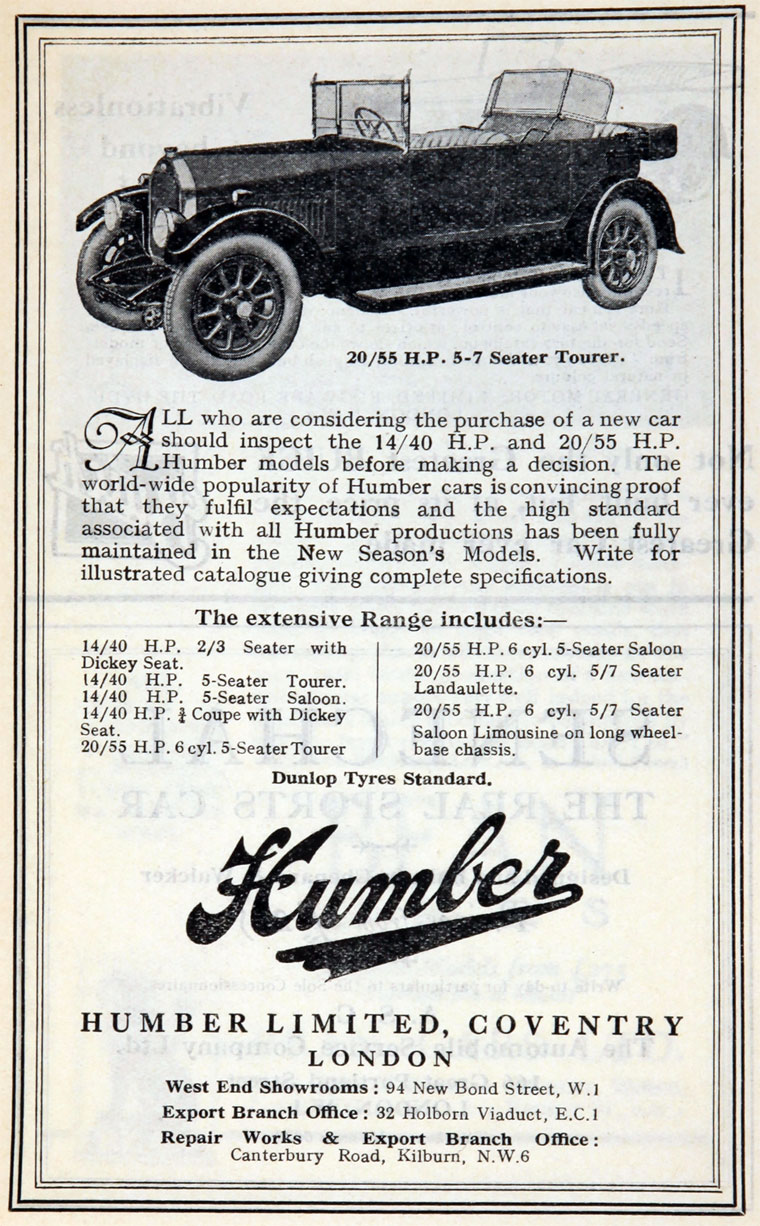 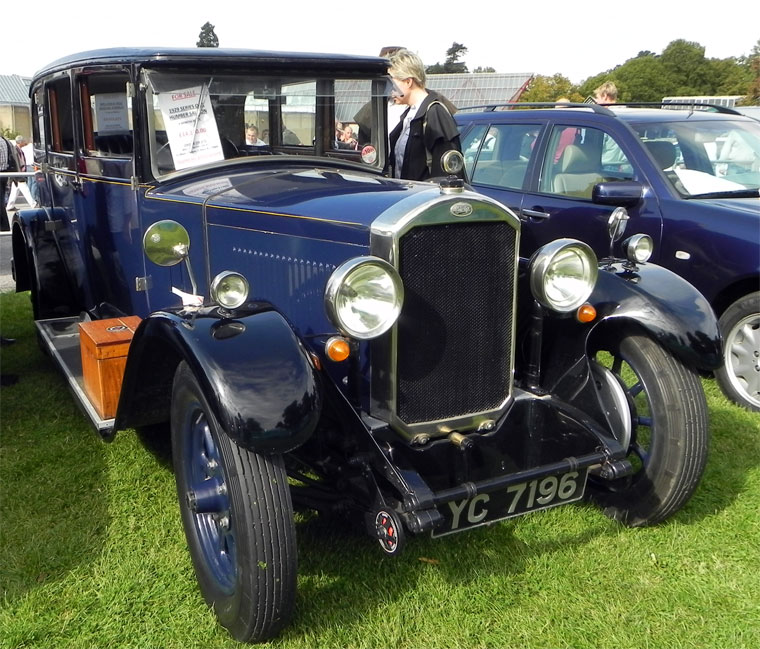 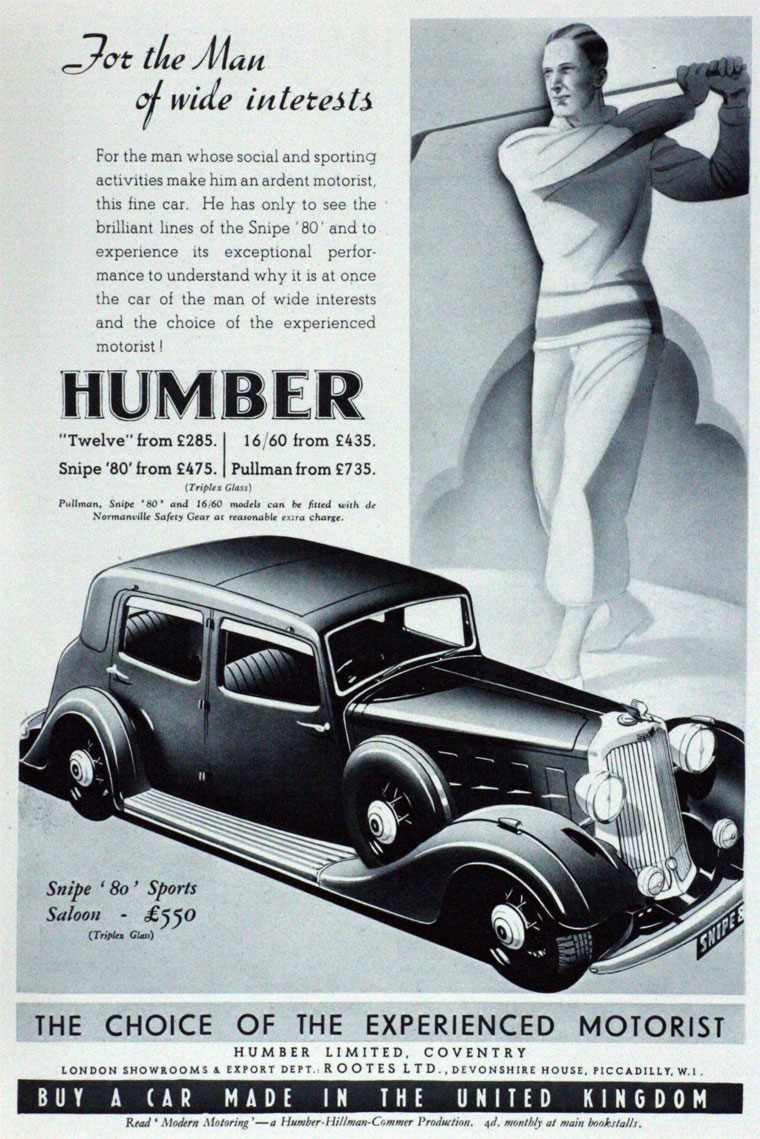 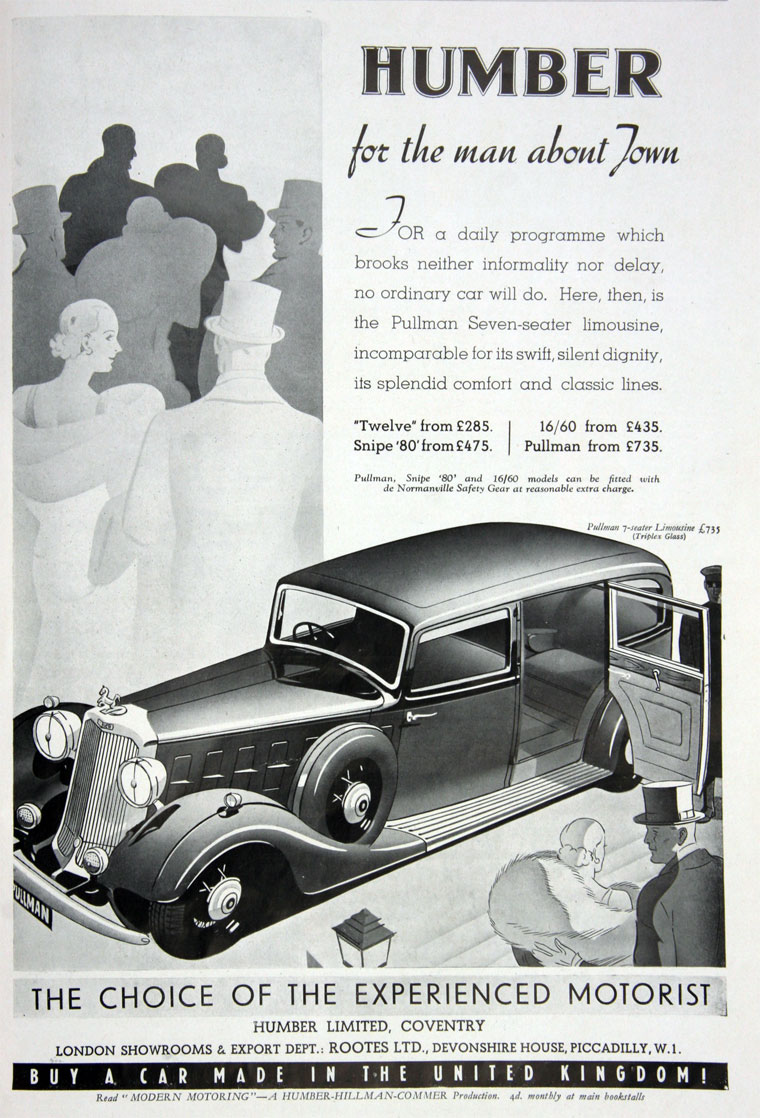 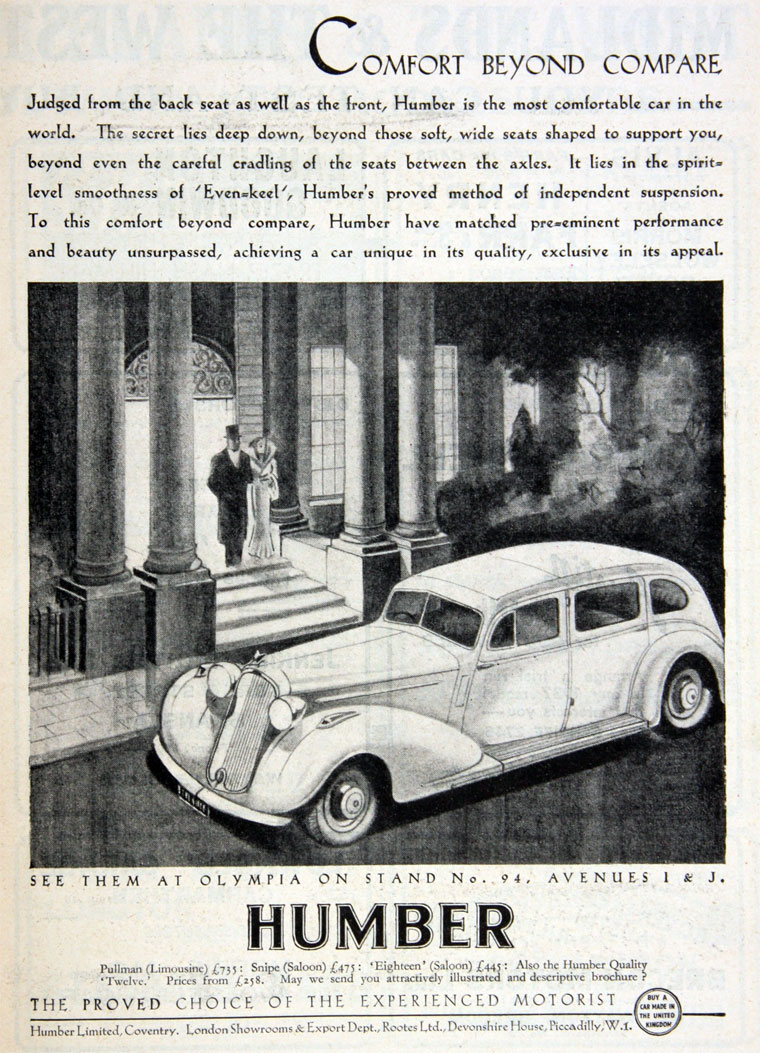 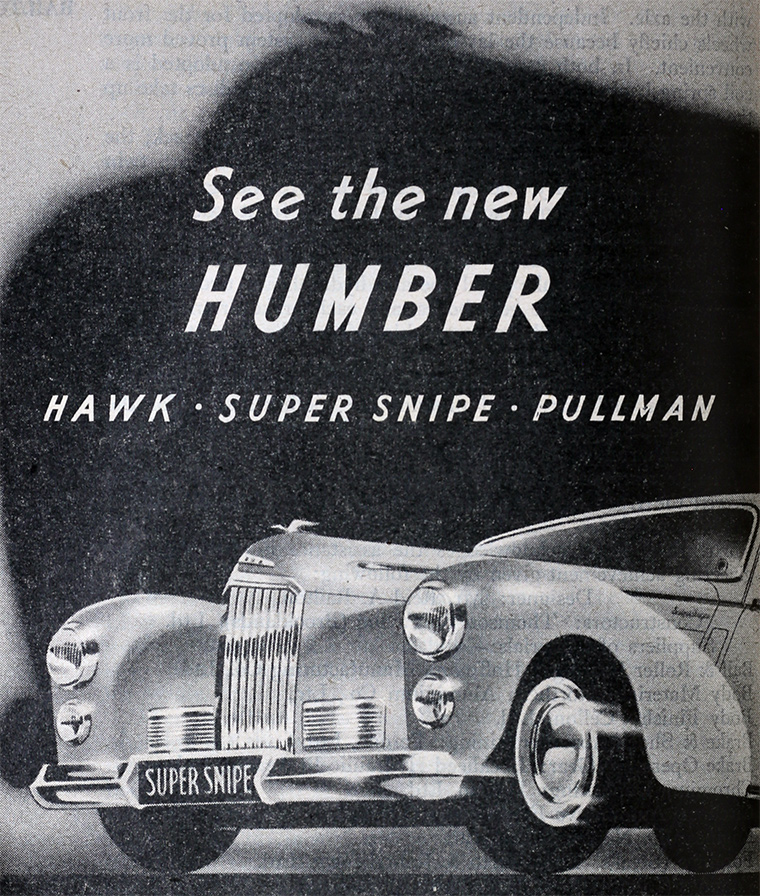 Note: this is a sub-section of Humber

1896 C. H. Shacklock the manager of the Wolverhampton cycle factory designed a motor car. In 1934 the 'Wolverhampton Express and Star' printed a photo on the car with Shacklock at the wheel, but little else is known.

1897 They exhibited at the 1897 Stanley Cycle Show as Humber and Co (Extension) Ltd with an engine which they announced they were about to build a voiturette of the Bollee pattern, with air cooling.[1]. This followed the purchase on the English manufacturing rights for Bollee by Harry Lawson for £20,000 in 1896.

1898 At the 1898 Stanley Cycle Show they exhibited the Sociable which was the first car produced and was a three-wheeled tricar. Seating in the Sociable was side-by-side as opposed to the Leon Bollee where it was tandem style.

1899 Produced the Phaeton which had a single-cylinder engine and a tubular steel frame. [2]

1901 The first conventional four-wheeled car appeared. This was built under licence from the British Motor Traction Co and powered by a 4.5 h.p. De Dion-Bouton engine.

1902 Announced they had moved car production from Coventry to new and extensive premises at Beeston (See advert for 1902).

The company had factories in Beeston, near Nottingham, and Coventry. The Beeston factory produced a more expensive range known as Beeston-Humbers but the factory closed in 1908 after financial problems.

Before the First World War a wide range of models were produced from the 600cc Humberette to several 6 cylinder 6 litre models.

1913 Humber was the second largest manufacturer of cars in the United Kingdom.

1925 Humber moved into the production of commercial vehicles with the purchase of Commer at Luton. [37]

1931/2 Independence ended when the Rootes brothers bought a majority shareholding to become part of the Rootes Group. The range focused on luxury models, such as the Humber Super Snipe, Hawk and Pullman.

In the post-war era, Humber's mainstay products included the four-cylinder Hawk and six-cylinder Super Snipe. Being a choice of businessmen and officialdom alike, Humbers gained a reputation for beautifully-appointed interiors and build quality. Luxury bodies were built by Thrupp and Maberly. [38]

1975 Its last car was the Humber Sceptre, an upmarket version of the Hillman Minx. The marque was shelved in 1975, when all Hillmans became badged as Chryslers. The Hillman Hunter was subsequently badged as a Chrysler until production ceased in 1979 when Chrysler's European division was sold to Peugeot and the marque renamed Talbot. The Talbot marque was abandoned on passenger cars at the end of 1986, although it was continued on vans for six years afterwards.

The world's largest collection of Humber cars can be viewed at the Marshalls Post-Vintage Humber Car Museum in Hull. Includes 21 Humber cars dating from 1932-1970 on permanent display, plus 24 unrestored cars. When the Queen Mother visited Western Australia in the 1950's, a Humber was shipped over for her. It was left in a paddock, and was rediscovered and verified in 2002. It has since been restored and is currently privately owned.