Grace's Guide is the leading source of historical information on industry and manufacturing in Britain. This web publication contains 142,981 pages of information and 229,141 images on early companies, their products and the people who designed and built them.

(Redirected from J. Fowler and Co)
Jump to: navigation, search 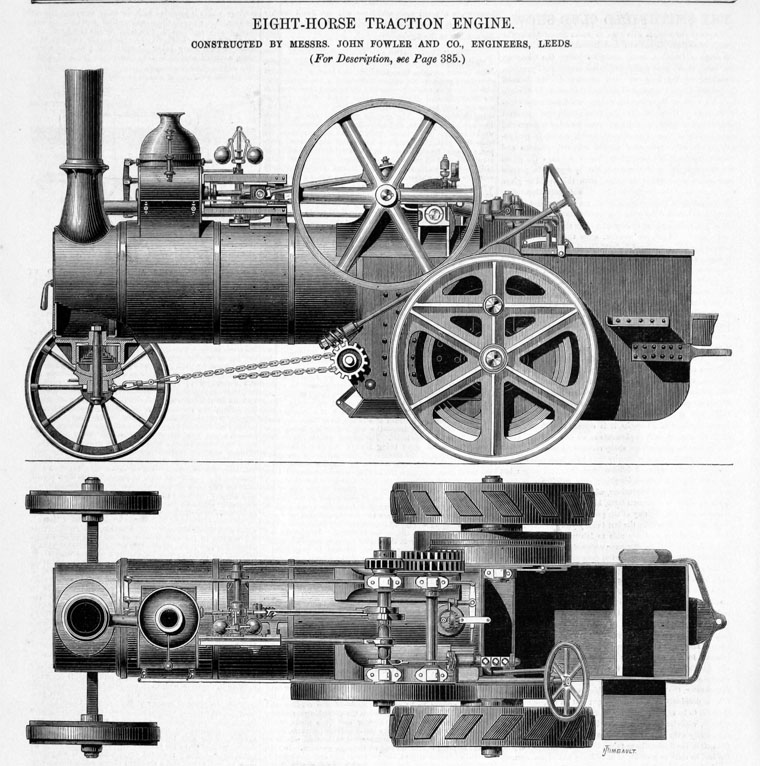 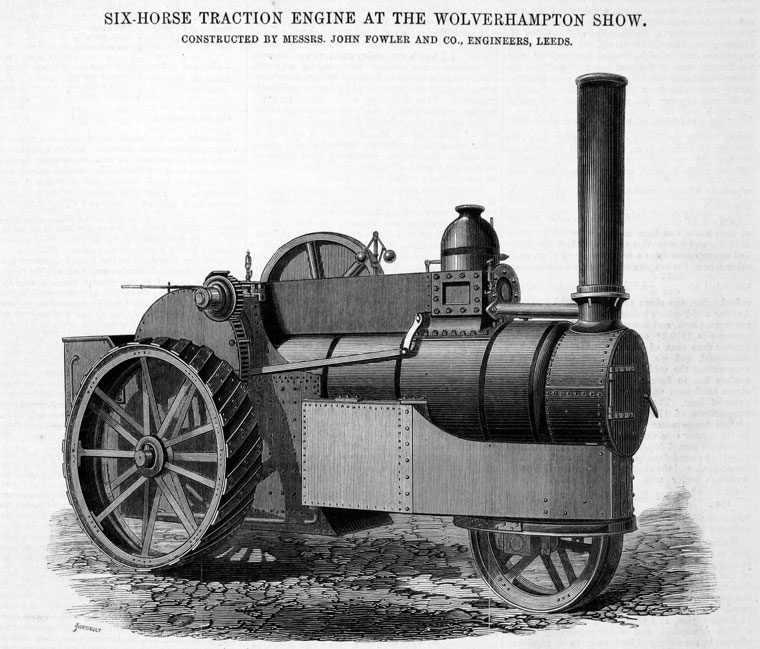 1871. Engine at the Wolverhampton Show. 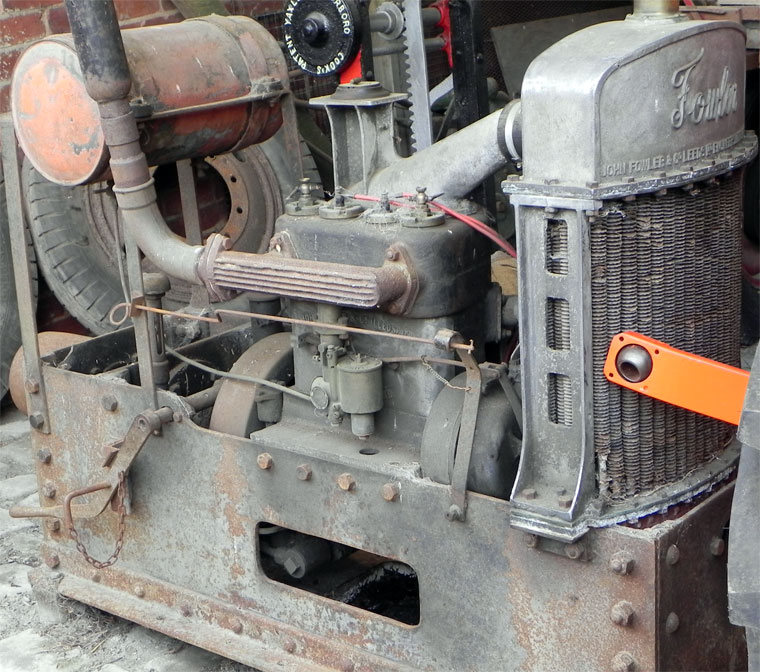 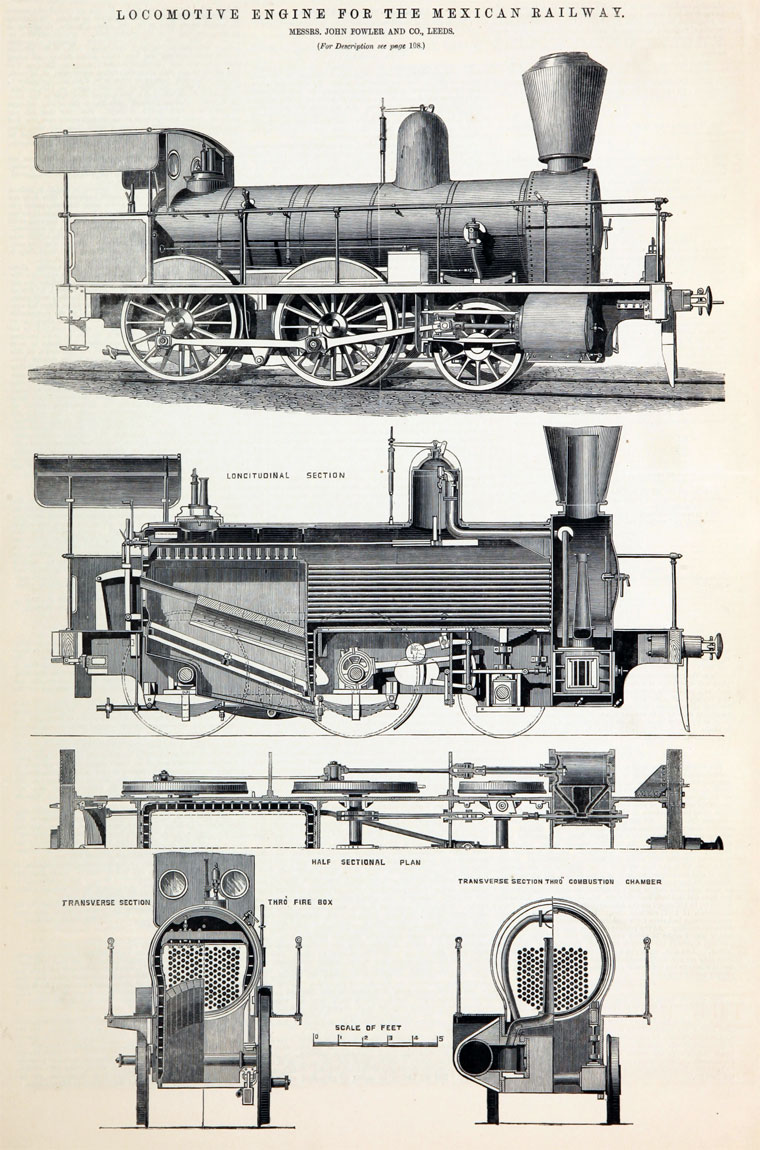 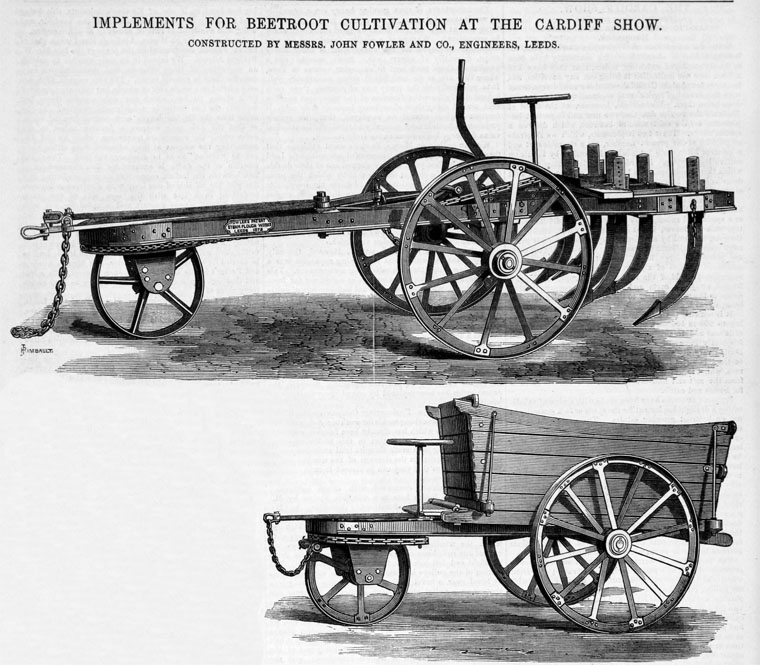 1872. Implements for Beetroot Cultivation at The 1872 Royal Agricultural Show. 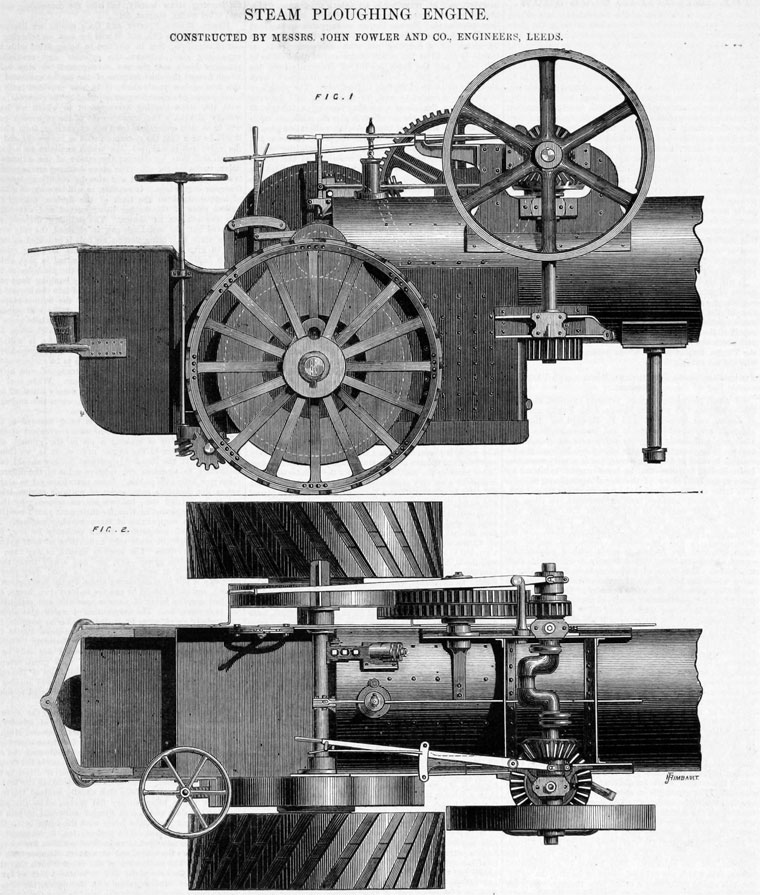 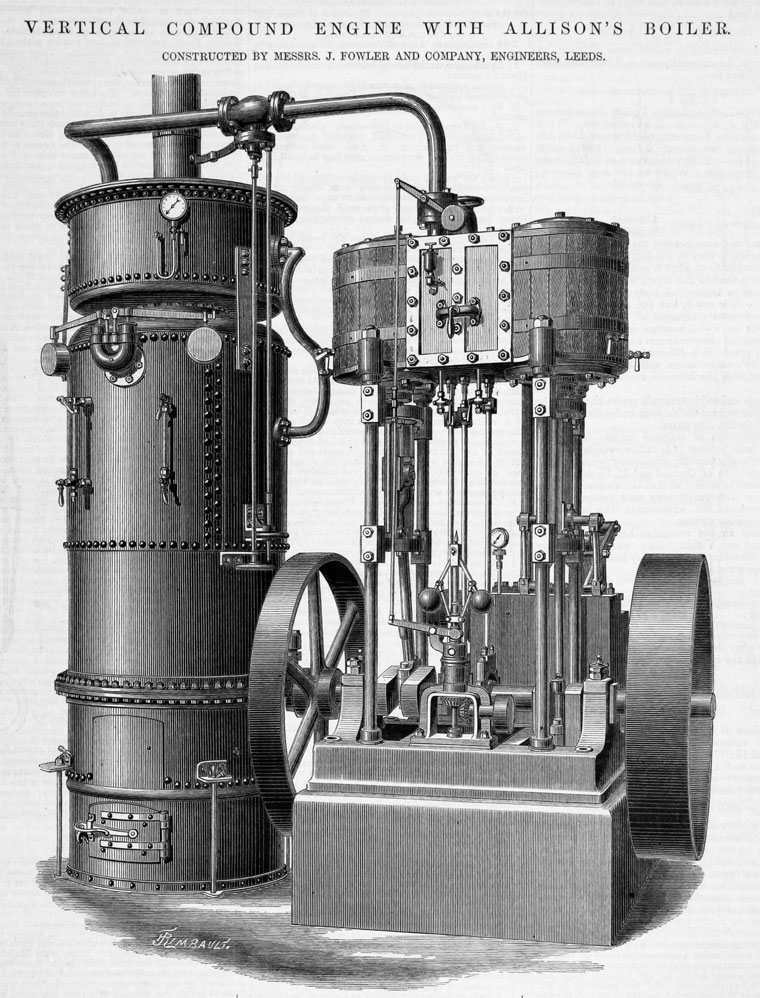 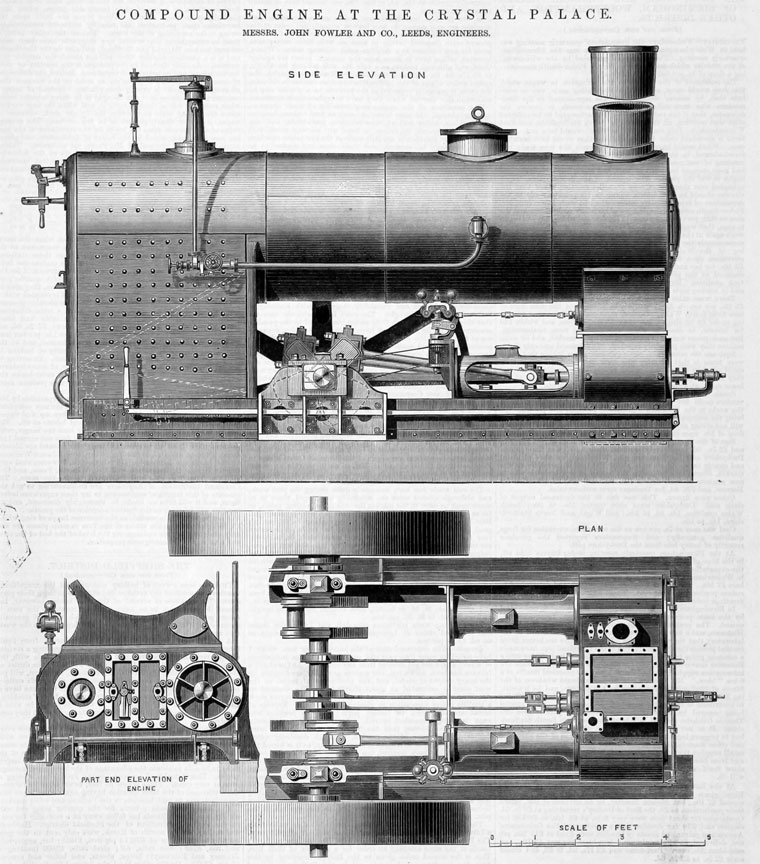 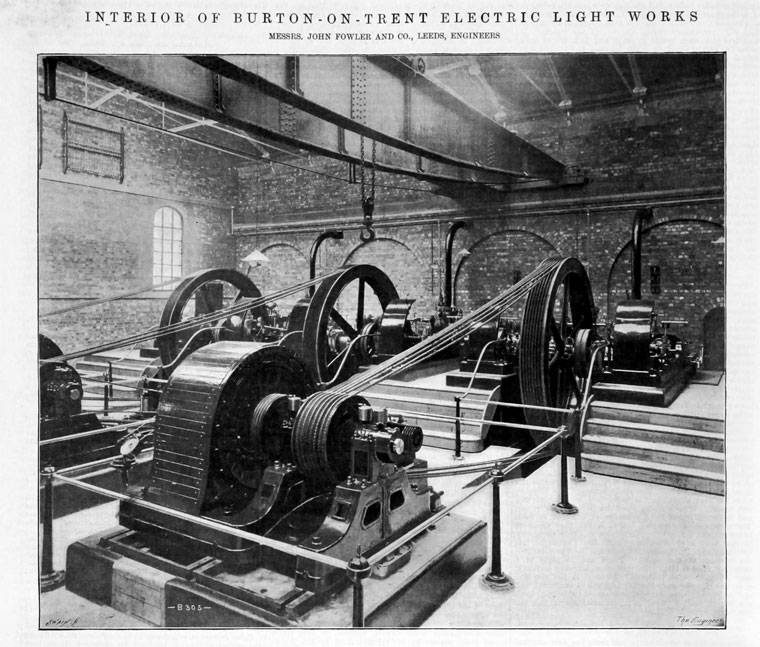 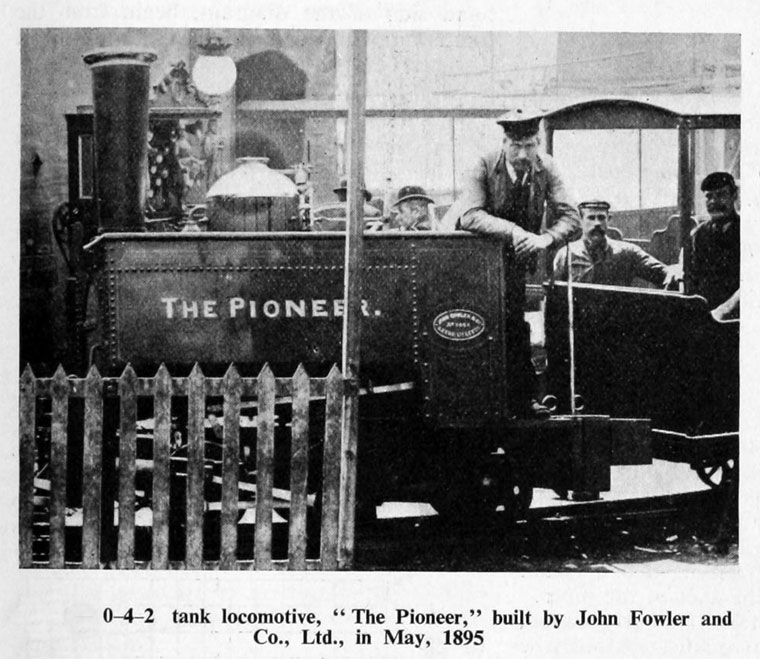 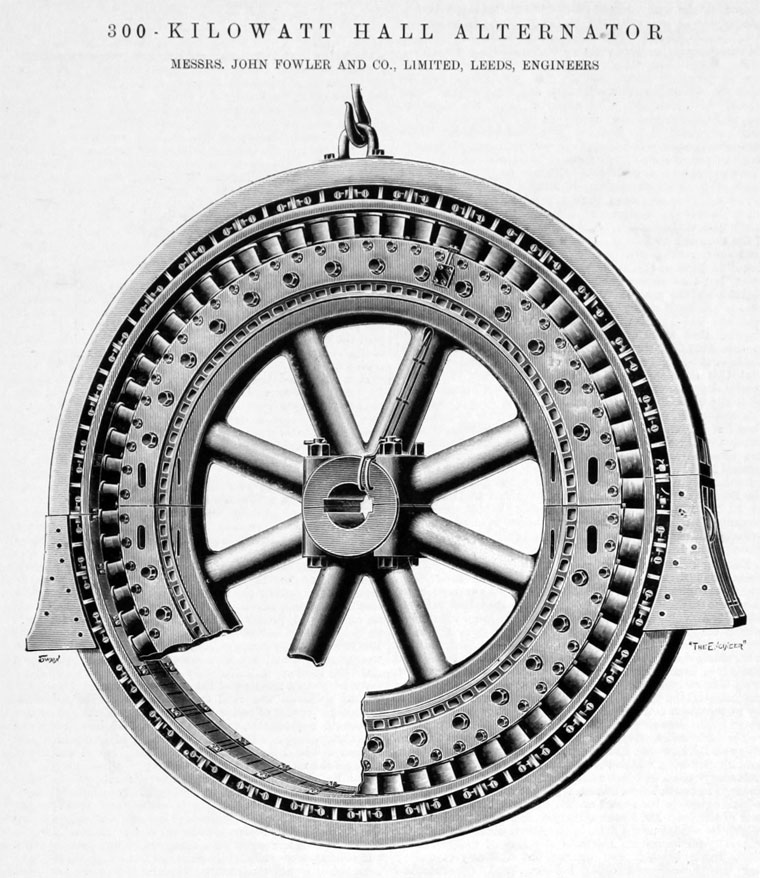 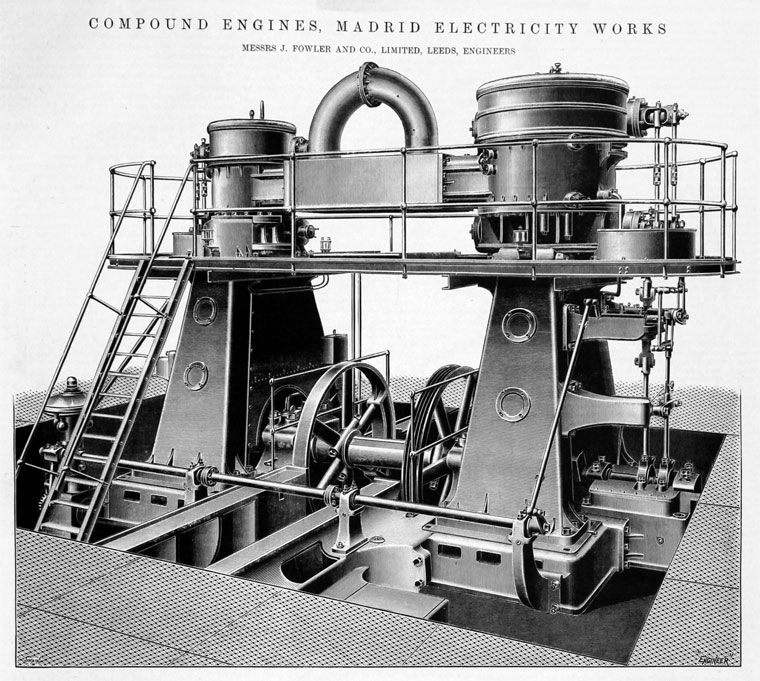 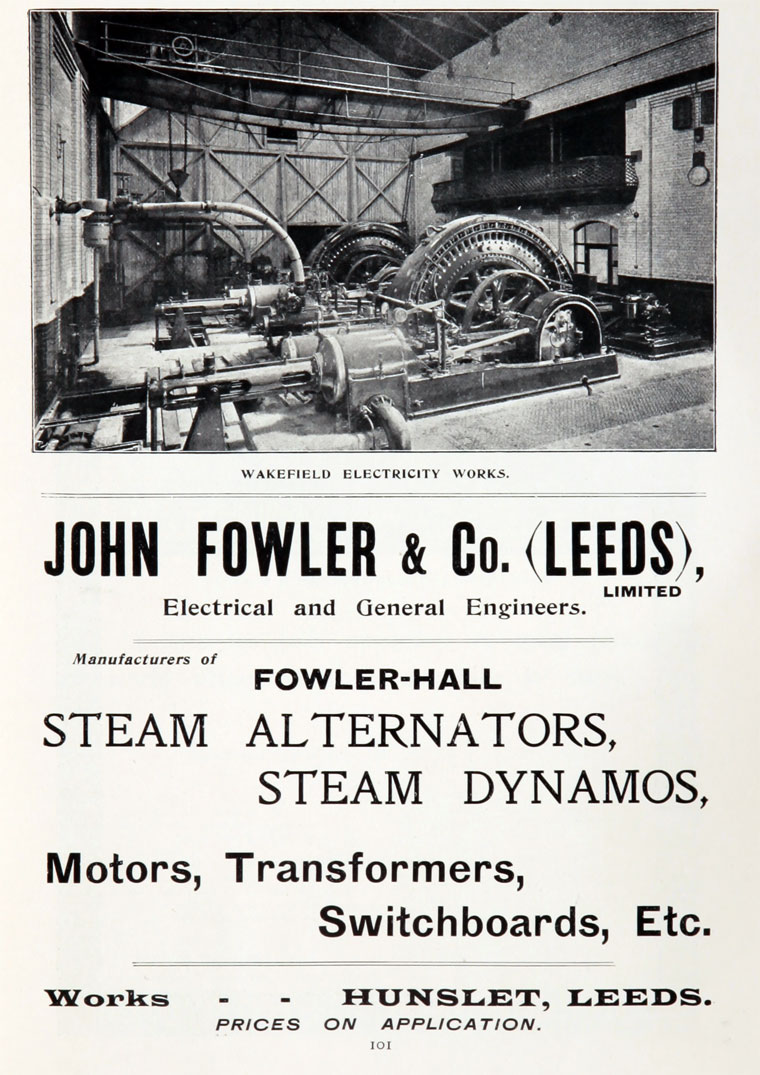 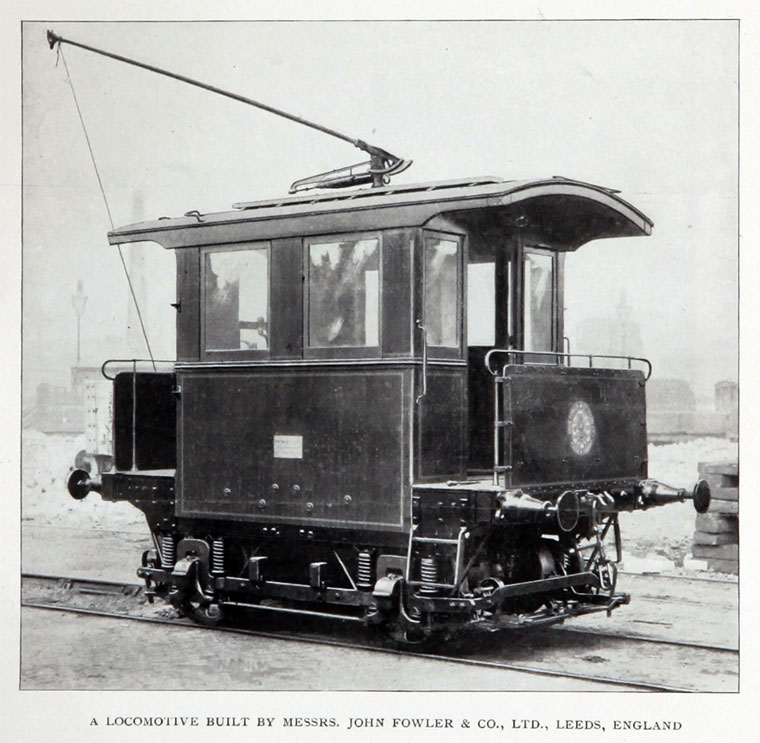 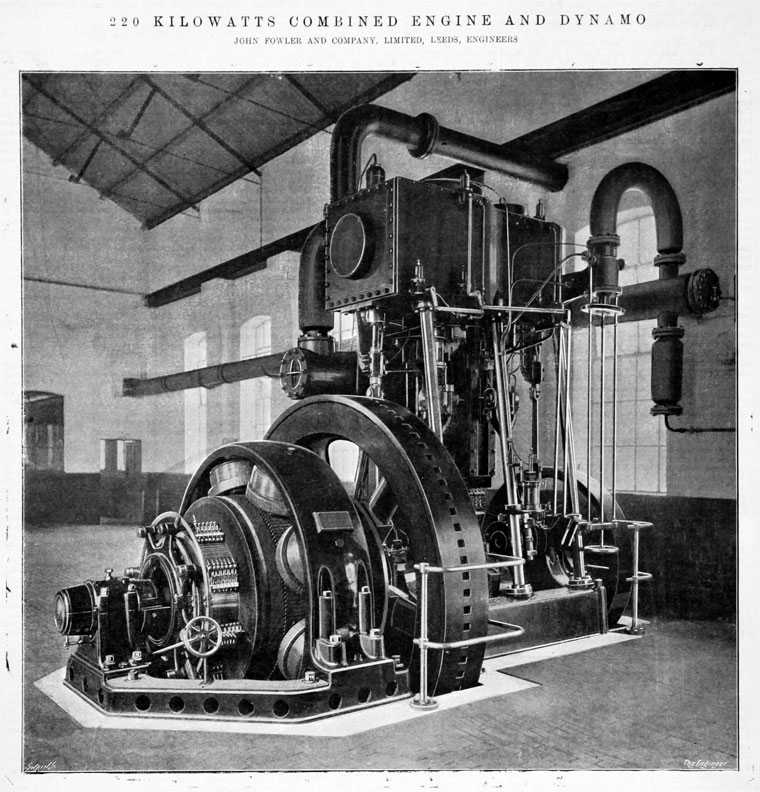 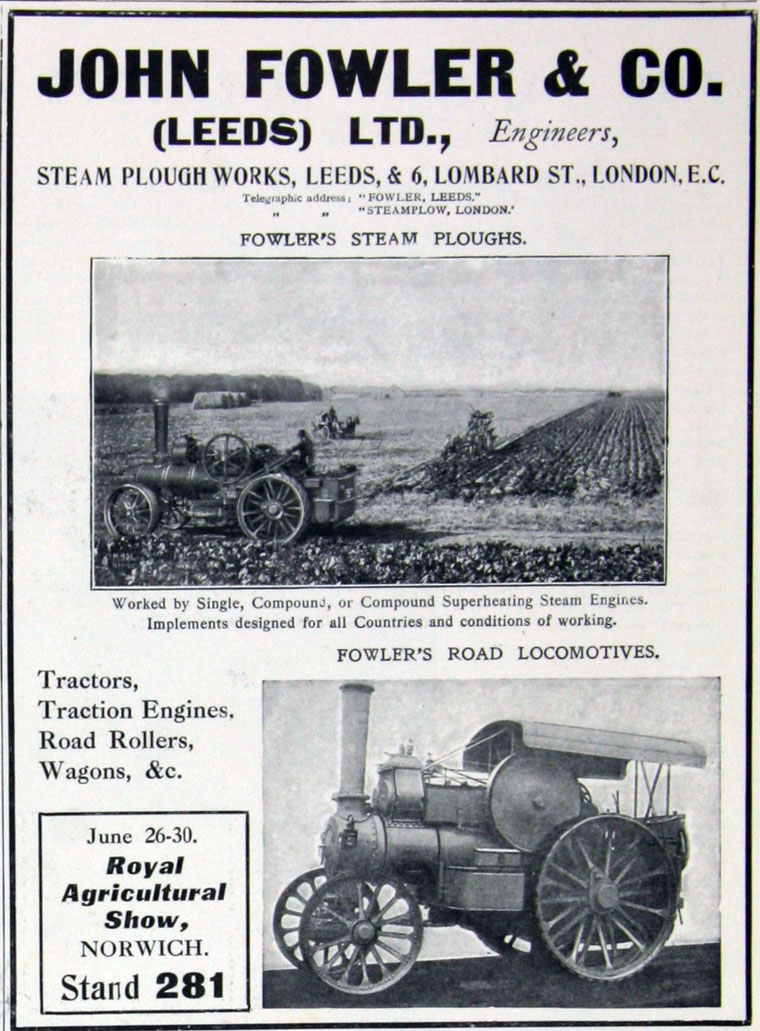 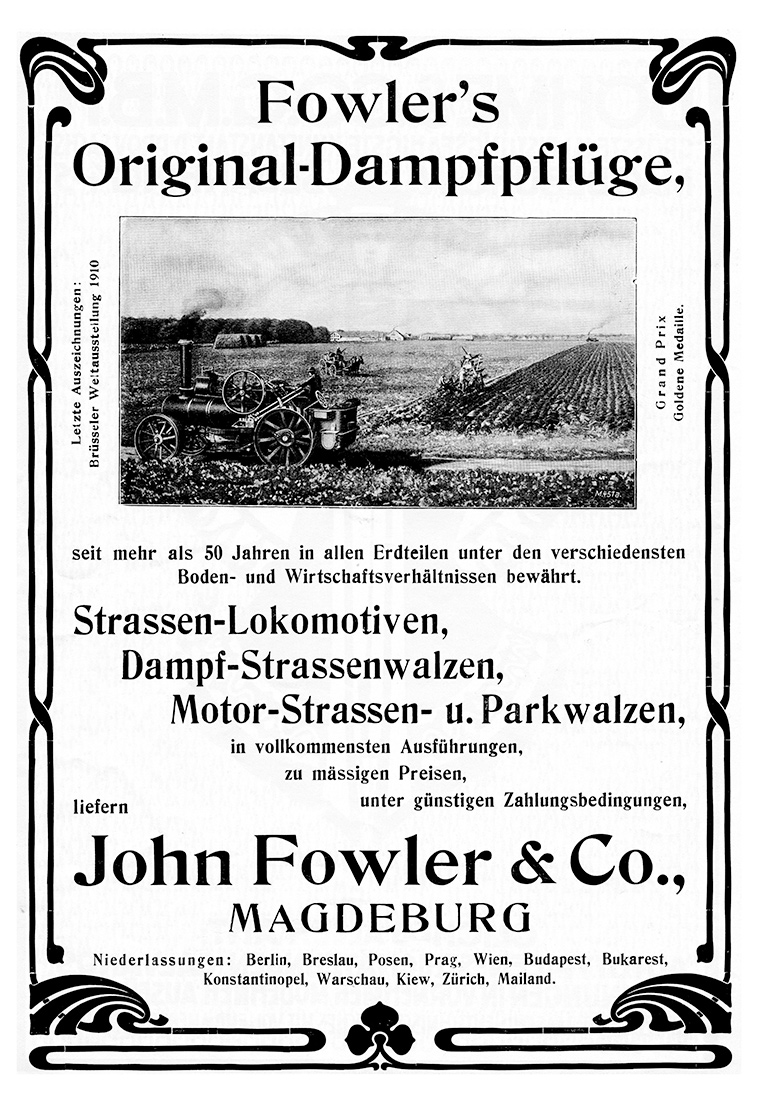 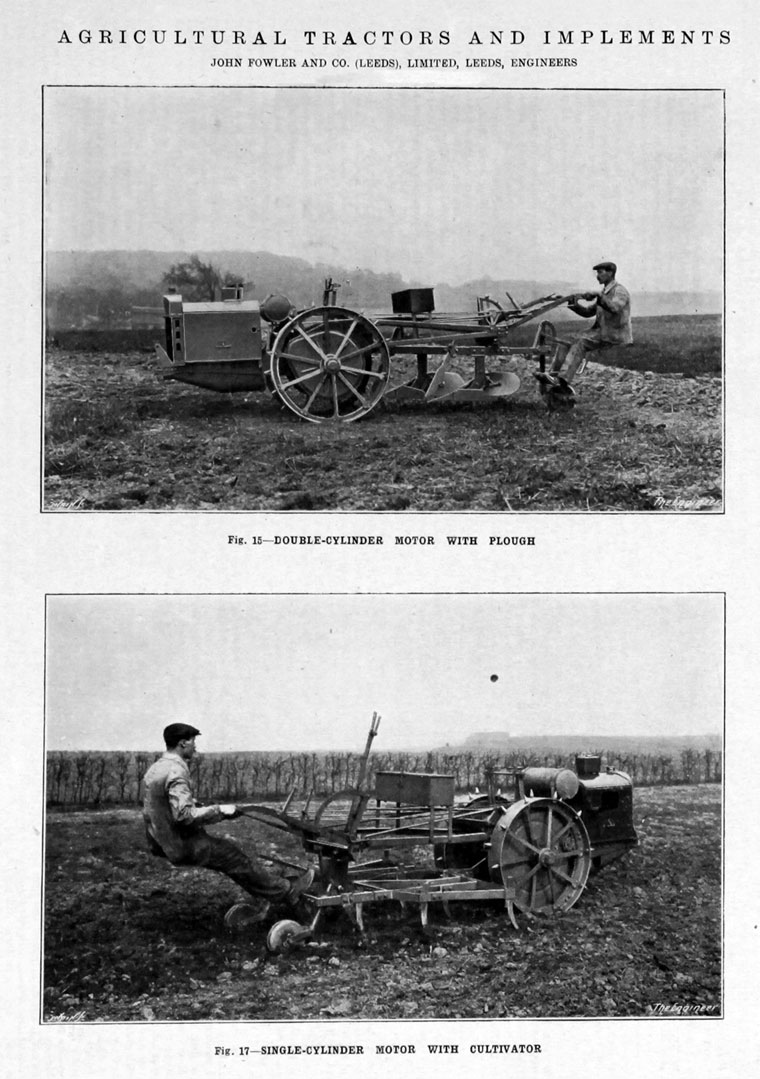 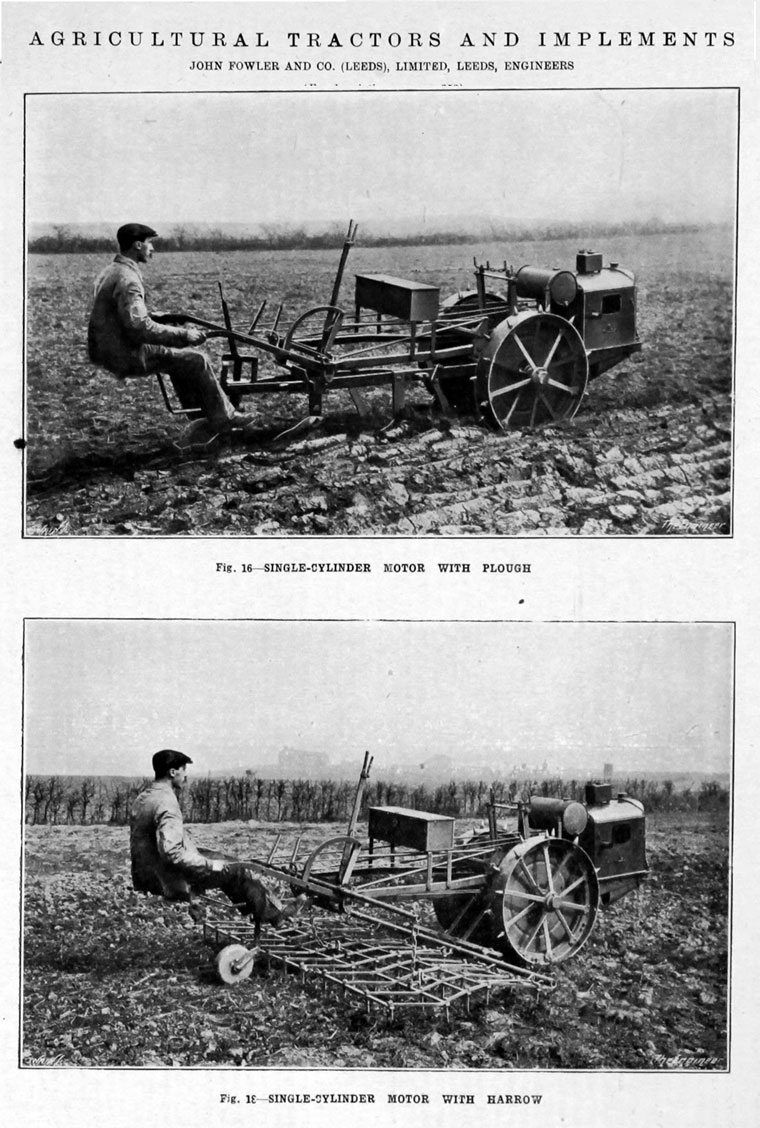 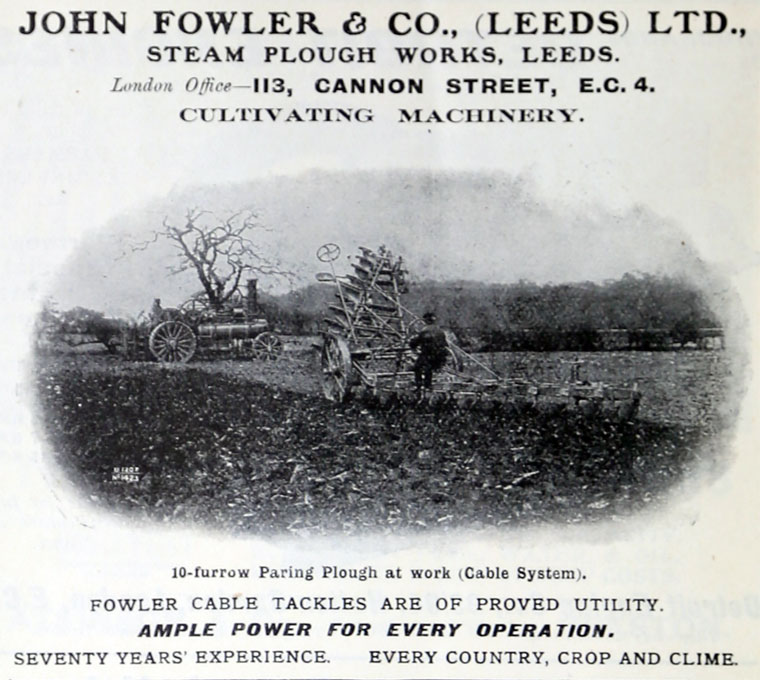 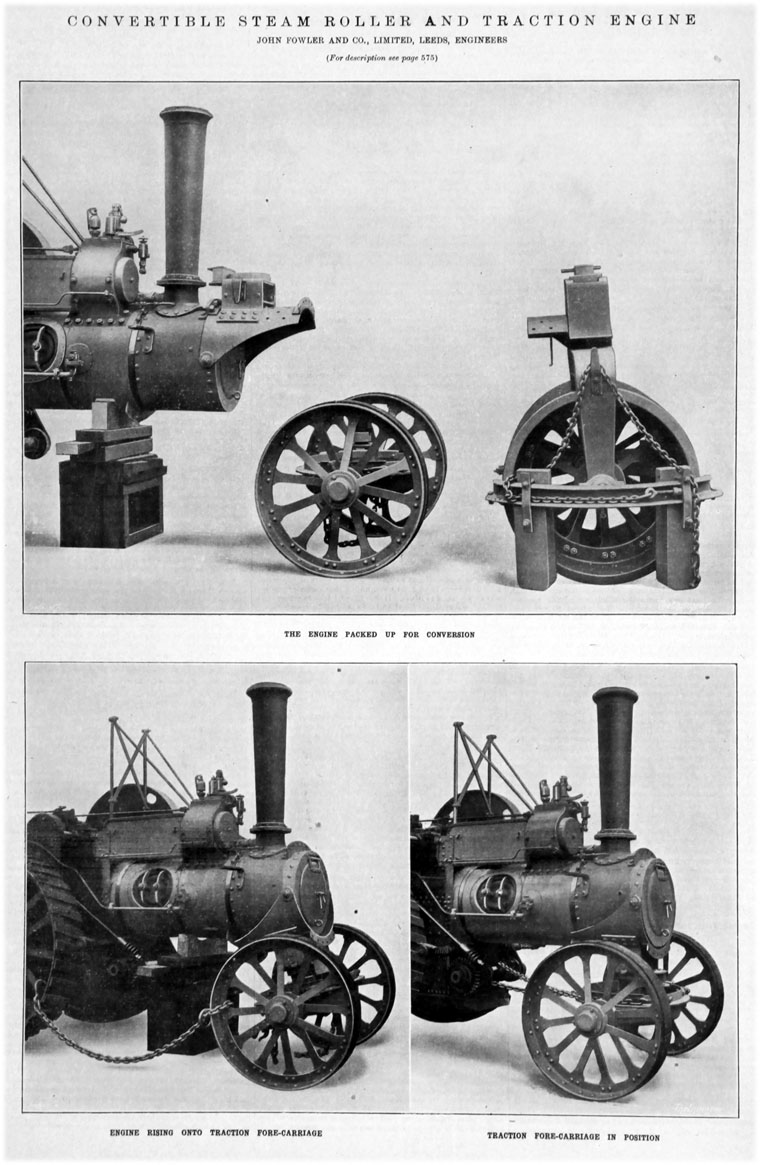 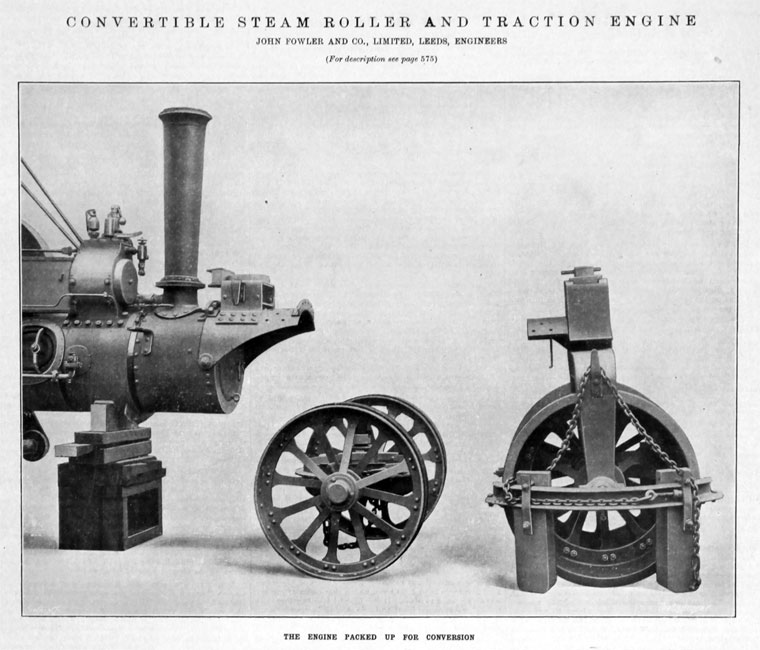 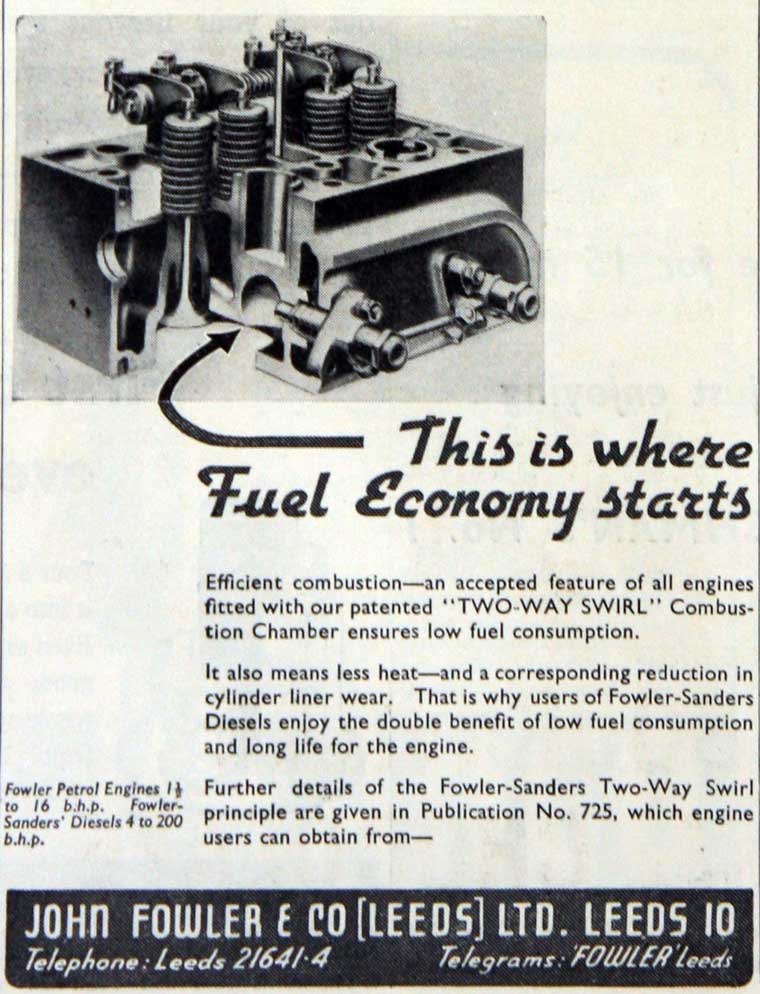 1939. Portable generating sets for the Metropolitan Water Board. 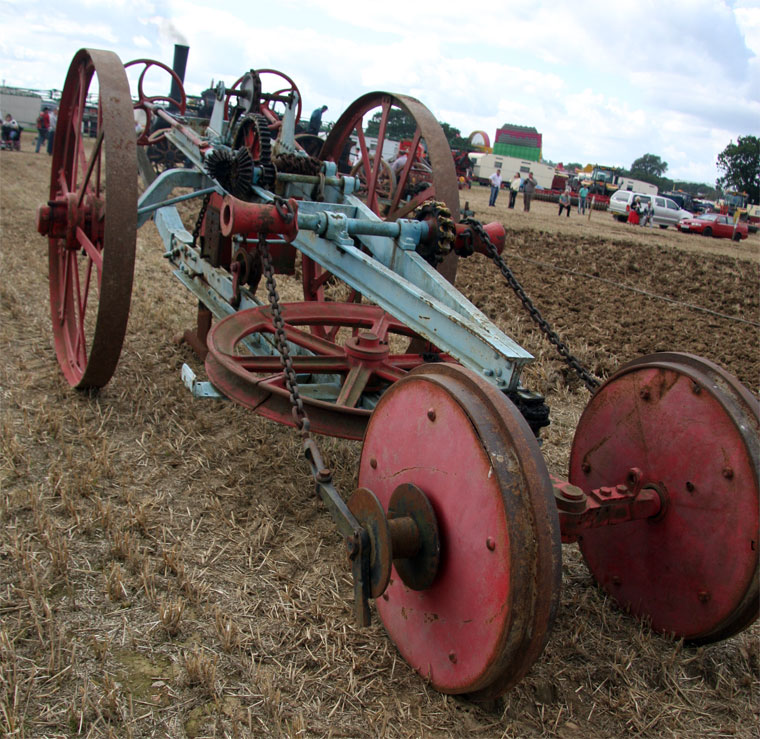 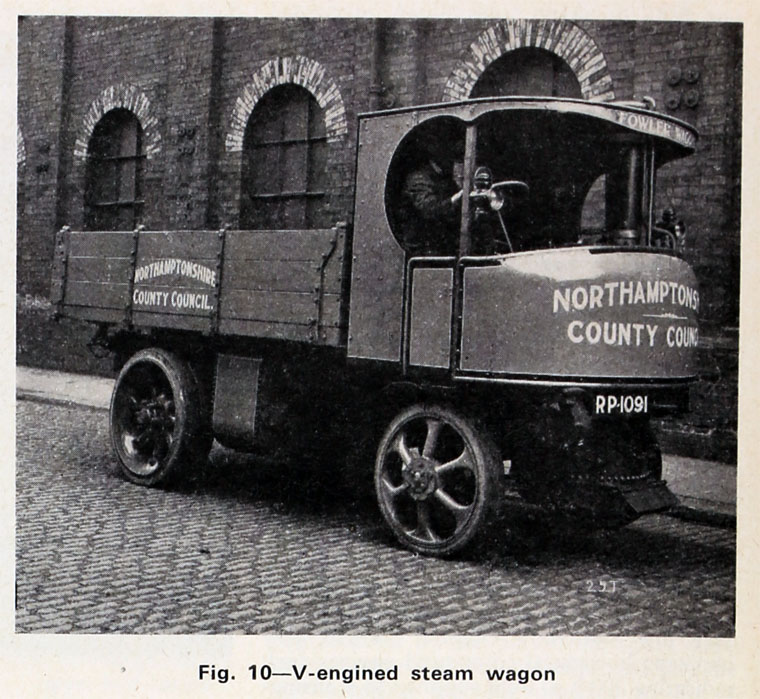 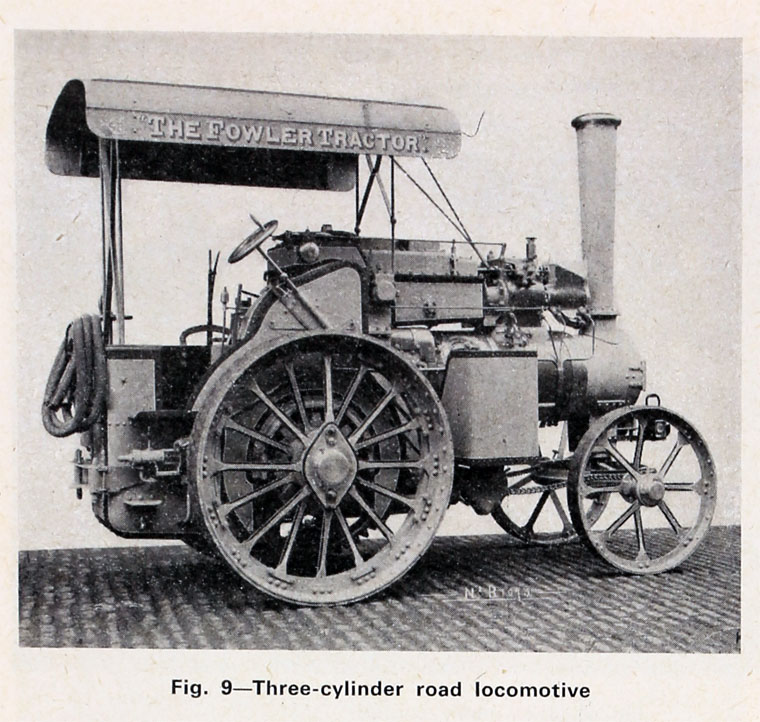 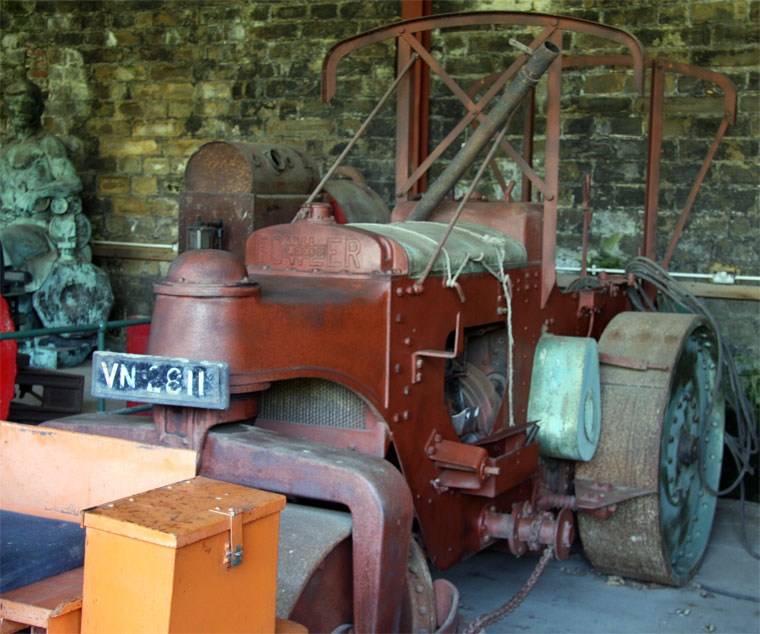 1850 John Fowler, Junior started work on application of steam-power to agricultural uses, in the first instance for drainage.

1860 Fowler entered into an agreement with Kitson and Hewitson of Hunslet, Leeds, for them to manufacture his steam ploughs. Fowler's Steam Plough Works were built on neighbouring land at Hunslet [1]

c1860 Robert William Eddison is a partner with John Fowler in the business at the Steam Plough Works on a site previously occupied by Wilson, Walker and Co in Letherley Lane, Hunslett.

1861 July. Leed's trial of steam ploughing. Fowlers steam cultivator of 12 hp ploughed and scarified four acres in four hours. It is made by Kitson and Hewitson [3] Fowler's apparatus which he manufactures in his own factory at Leeds in connection with Kitson and Hewitson [4]

1862 May. Refers to a locomotive at the Airedale works of Kitson, Hewitson and Fowler [6]

1862 June. Refers to the steam plough business at Kitson, Hewitson and Fowler [7]

1862 August. Refers to the cultivator of Fowler powered by a 14 hp engine of Kitson and Hewitson. [8]

1864 John Fowler was killed in a hunting accident aged 38 years. His brother Robert Fowler became a partner in the company.

1867 Patent by D. Greig of the Steam Plough Works, Leeds for improvements in railways and railway engines [14]

1871 Making agricultural machinery for Germany, locomotives for Brazil and winding engines for Cleveland [17]

1872 Patent by David Greig and George Greig for improvements in ploughs etc. [20]

1876 Exhibitor at the Royal Agricultural Show at Birmingham with engines of 6, 8 and 14 hp in a new very dark green colour. [21]

1876 Members of the Iron and Steel Institute visited their works. [22]

1881 December. The works are badly damaged by fire. 1,500 men affected. David Greig is a partner in the company. Premises are on a nine acre site and border those of Kitson and Co and close to Shepherd and Hill [25]

1882 Patent to David Greig and Max Eyth for improvements in governors. [26]

1887 Started manufacturing lead-covered electric cables under the patents of Eddison and Tatham[28].

1889 Engines of the House-to-House Electric Lighting installation in Kensington. [30] and other electricity works.

1889 Showed a compound horizontal engine at the RASE at Windsor. [31]

1894 Burton-on-Trent Electric light Works. Article and illustration in 'The Engineer'. [36]

1900 Article and illustration on armoured train made. [40]

1913 'The manufacture of Road Locomotives, Traction Engines, Tractors, Steam Ploughing Engines, and Road Rollers was commenced at the Steam Plough Works about the year 1850, and our modern engines are the outcome of accumulated experience gained since then. Our works cover an area of over fourteen acres and about 2,800 to 3,000 men and boys are now employed almost exclusively in the manufacture of various types of Steam and Oil Engine and Implements, an obvious proof of the constantly increasing demand for our engines.'[44]

1913-1917 For a list of the models and prices of Steam Motor Wagons, Tractors and Ploughs etc. see the 1917 Red Book including the Tiger range.

1935 Ceased production of lorries and railway locomotives. It is estimated that they made between 150-300 of the latter.

1937 The last steam engine, a road roller, was produced.

1939 Announce diesel engine. 'Mr. P. R. Hasson, managing director, said felt that this last change was going to put back the firm in the position where it once stood, because the new Diesel engine, designed by Mr. A. Freeman Sanders, they had something that was pre-eminent, while in bringing this new engine to them, Mr. Sanders had also brought a number of other new ideas...'[48]

1945 May. The Ministry of Supply who are the owners of the company, sell it to Rotary Hoes [49]

1947 Acquired by Marshall, Sons and Co including Fowler's mechanised factory at Sprotborough, Doncaster; the 2 companies had major interests in diesel tractors[51].

1947 June 24th. The petrol and diesel industrial engine part of the business was sold to Associated British Engineering

1949 As part of the Marshalls group, Fowlers were making tractors at Leeds coordinated with the production at Gainsborough; continued to make diesel-engined rail locomotives up to 300hp[53]